Date:
29 Mar. 2021
Changed on 13/07/2021
After first emerging in the early 2000s and following the launch of a national strategy fifteen or so years later, digital sovereignty is now very much a hot topic. Judged to be of significant importance for France at a political, economic and societal level, it is an area in which everyone must play their part. What role has the world of research been given in this global race? 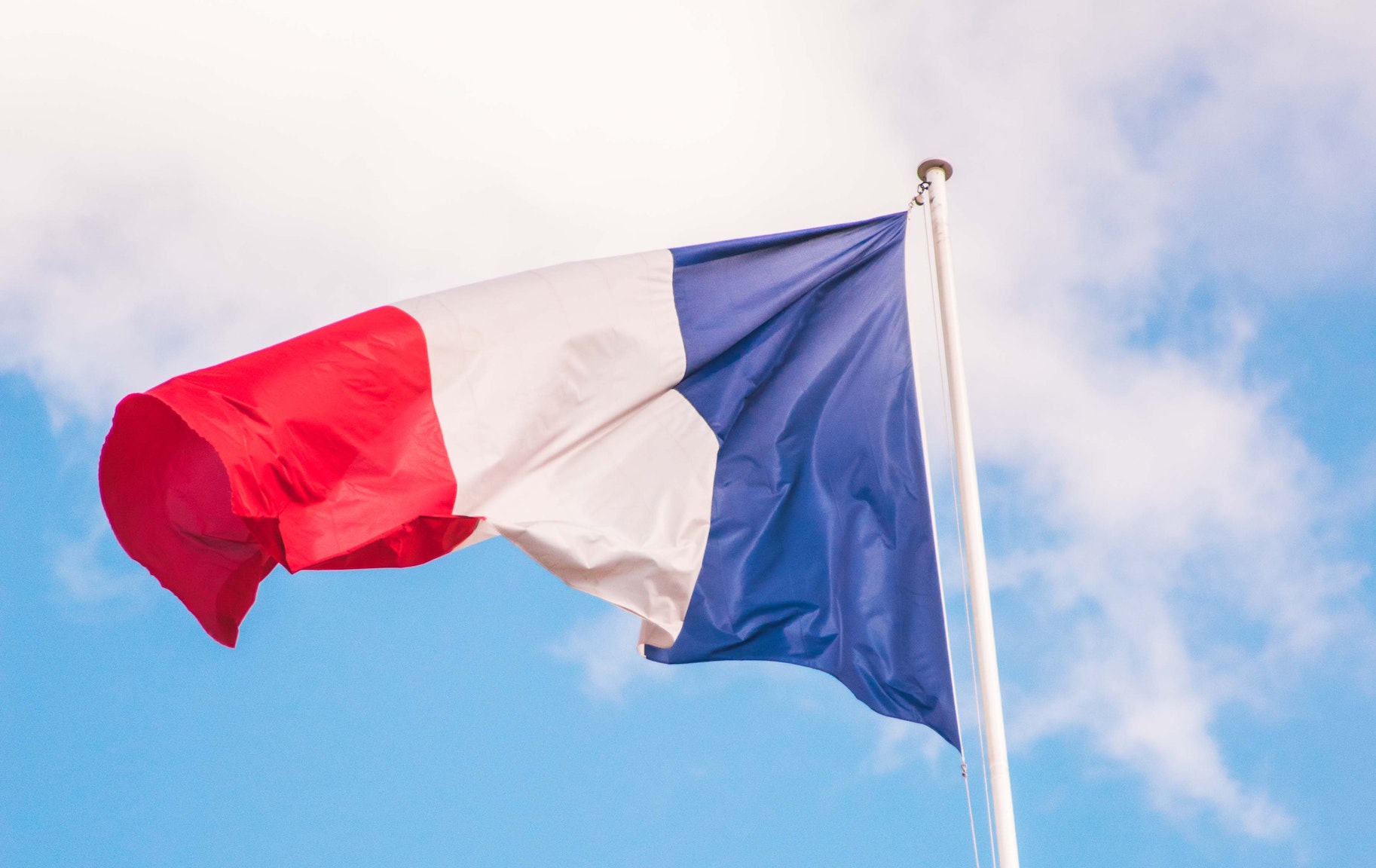 92% of Western data hosted in the USA

Over the past decades, digital technology has dramatically reshaped the way in which people and companies interact, at all levels. This is even more pronounced now, the Covid-19 pandemic having led to a rapid rise in the use of digital technology for working, studying or simply keeping in touch with people. As a result, an unbelievable amount of data is created and stored each year, and this is showing no signs of slowing down. By 2024, it is estimated that 149 zettabytes of data will have been created, copied and consumed worldwide.

Running parallel to this, Europe is faced with a significant issue: its dependence on non-European tools and services for the vast majority of the continent's digital activities. Indeed, 92% of Western data is hosted in the USA.

This alarming state of affairs is now forcing European countries to seriously consider the issue of digital sovereignty.

What is digital sovereignty?

The report from the French Senate inquiry into digital sovereignty published in 2019 defined it as “the State's capacity to act within cyberspace”, which is a “necessary condition for the protection of our values” that requires both “the capacity to make independent judgements and decisions in cyberspace” and control over “our networks, our electronic communications and our data.”

Digital sovereignty thus refers to a state’s capacity to control its own destiny. "Data is necessary for governance. The fact that actors don't have access to their data therefore hinders this task. This is important for the state, obviously, but also for companies and administrations. The risk is that others than those who have to decide and evaluate calculate measures and suggestions for them and finally find themselves dependent on third parties for this essential function", explains Marc Tommasi, head of the Magnet project team.

The aim of digital sovereignty is not to isolate Europe, but rather to defend the strategic interests of each individual country, allowing them to develop their own digital capacities.

Why is it so important?

One of the biggest problems surrounding digital sovereignty is that just a few large tech companies currently control vast quantities of data on their users. The more these giants accumulate and circulate this data, the more influential their policies and their actions become. For example, the Cloud Act, implemented in May 2018 by the Trump administration, now makes it mandatory for U.S. technology companies to hand over their data to the government as part of an investigation, regardless of where that data is stored.

If a country can guarantee its digital sovereignty, it will be less reliant on foreign powers, giving it more weight in future negotiations. Countries across the globe are keen to reap the benefits - both economic and geopolitical - of the rapid evolution in digital technology. Knowing who the technology of the future belongs to, who is producing it and who determines the regulations governing its use has become a pivotal aspect in geopolitics.

What role should research play?

With ethics, security and economic freedom all at stake, France is turning to the various stakeholders involved, whether directly or indirectly, in questions linked to digital sovereignty, including politicians, manufacturers, citizens and researchers. Indeed, researchers have a vital role to play in this global race, linked to two main aspects: research, of course, but also education.

The European Commission has outlined the three main pillars of digital sovereignty: processing power, Europeans being in control of their data, and secure connectivity. These are three fields in which researchers, through the development of new technology, have been working for years.

As Bruno Sportisse explained to the French Senate on 2 September 2019, serious infrastructure is in the process of being deployed around opensource software, the aim being to stimulate innovation. Inria has developed a number of projects with a global impact, including the scikit-learn library, a technological toolkit for anyone looking to create artificial intelligence. This opensource software now has more than one million users worldwide. The software heritage project, which was opened to the public by Inria in June 2016, is another project designed to help France establish its digital sovereignty. Its aim is to collect, organise and preserve the source code for all available software, in addition to making it accessible to all.

Meanwhile, a number of project teams have worked tirelessly on the subject of data protection, such as Homomorphe, Cascade or Magnet. Their research has partly focused on machine learning, with a particular emphasis on privacy, driven by motivations linked to sovereignty.

We wanted to do machine learning in a completely decentralised way, leaving the data where it is - with the user. This initial concept was opposed to the centralisation of data, giving users control over their own data and preventing it from ending up God knows where, explains Marc Tommasi, head of the Magnet project team

But although research clearly has a role to play when it comes to digital sovereignty, working on analysis and the development of new technology, the sector operates as a whole. Ludovic Mé believes that if France wants full digital sovereignty, then the solution lies in establishing control over the whole chain, from processor to service: “if you don’t have control over the whole chain, then really you don’t have control over anything. But is there a European company that is currently capable of doing that? Research won't develop a processor. However, within a processor there are results taken from research. There is a research continuum, right through to the production of digital tools.”

This is a problem that the world of research is taking very seriously, having committed to improving transfer between research and industry in order to help more European leaders to emerge. By way of an example, there are more than 170 start-ups that have their roots in Inria research, and the Institute signs key industrial partnerships with leading groups in both France and Europe each year.

Researchers also have a role to play vis-a-vis European politicians, as Bruno Le Maire stressed when speaking before the French Senate’s inquiry into the country’s digital sovereignty: "It won't be me who decides what the breakthrough technology will be, I know nothing about it. But in France we have engineers, researchers and manufacturers who do know.”

As a result of their neutrality and expertise, researchers are increasingly sought after and listened to when it comes to key political decisions.

The fact that the world of research is raising awareness among politicians on the subject is crucial. Both research institutes and researchers have a role to play, meeting with citizens and, first of all, politicians. We have to make our voices heard, to convince people and show them that we are not detached from reality. But it's not easy because, given our profession, we don’t deal with the operational side of things, explains Ludovic Mé

For some researchers, this education goes beyond members of parliament. Some are teachers, while others act as public spokespeople in the media. But the target is always the same: to inform and to educate. “Individually, we often say that if we have nothing to hide, we have nothing to fear, thinking of a police state, but surveillance doesn’t stop with the police. Providing data sometimes means exposing yourself to everyday risks linked to insurance, security and health. We have to educate people about the risks involved in sharing their data”, explains Marc Tommasi.

This is another subject Inria has been keen to tackle, strengthening its ties with the French Department for Education on projects with proven added value. Not only did the Institute launch Class’Code, an innovative educational programme designed for education professionals that has been available since the start of the 2016/2017 school year, but it has also set up MOOCs with Inria Learning Lab, the goal being to share knowledge on digital science and boost dialogue between science and society.

Inria’s ambitions for 2023: the concrete commitments of Inria’s “objectives & performance agreement” signed with the French government