Date:
08 Feb. 2021
Changed on 25/11/2021
Whether it’s regenerative medicine, studying the cell movement or the outbreak of resistance to treatment, cancer is a central theme of the Mamba project-team's research. For World Cancer Day, Marie Doumic and Diane Peurichard reveal some practical applications of the team's work. 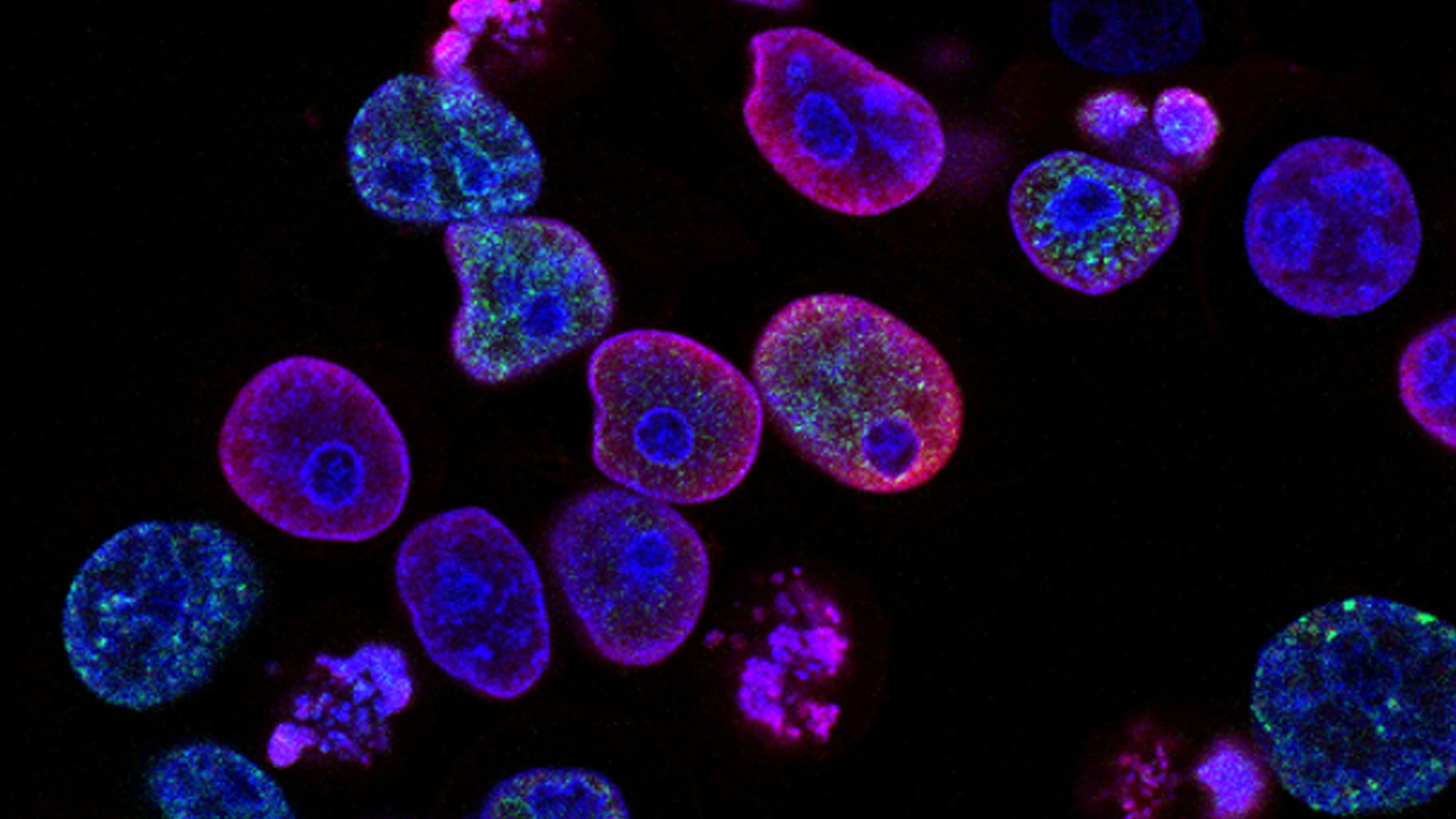 The Mamba* (Modelling and Analysis for Medical and Biological Applications) joint project-team brings together researchers who aim at combining the most rigorous mathematical theory possible and numerous collaborations with biologists and physicians on practical questions. Marie Doumic, head of the project team, says :

We believe that this is the best way to study theoretical problems of proven relevance in biology, and thus contribute to the advancement of both sciences.

In collaboration with other research teams, Mamba develops methods to optimize drug therapies for cancer, and also to model healthy or pathological tissue growth, i.e. under normal or damaged control, in multi-scale systems.

What are the practical applications of Mamba's research?

Cell movement and the growth of cell populations is a central theme of Mamba which has multiple applications: growth of bacteria or cancer, physiological control or reaction of cells under stress or drug action.

Another important area of application is protein aggregation, which occurs in so-called "amyloid" diseases (a group of diseases including Alzheimer's, Parkinson's, Creuzfeldt-Jakob or Huntington's disease).

The team is also interested in regenerative medicine, in particular Dirk Drasdo and his group around the regeneration of the liver after surgery or following drug-induced damage.

Another research theme of the team, which is in full expansion, concerns mathematical epidemiology. Initially motivated by the control of dengue fever by different strategies concerning mosquito vectors, the subject has broadened as several members of the team have become involved in the modeling and control of the Covid-19 pandemic.

The study of biological systems is particularly difficult due to the presence of numerous agents, interactions, and different levels of organization (molecular, organism, community scale). In order to identify the main actors of an observable phenomenon (e.g. the growth of a tumor population in the presence of a cytotoxic drug), the team seeks to develop in silico environments, using mathematical models involving a reduced number of agents and interactions. Their studies therefore involve the equation of systems, the simulation and analysis of the proposed mathematical models, and their confrontation with experimental data. Diane Peurichard, a researcher in the project team, highlights the challenges:

Models validated on the data can also have a predictive character, making it possible to perform in silico experiments on a computer, which are more manageable than in vitro or in vivo experiments requiring an experimental framework that is costly in terms of material and time.

Understanding and predicting the formation of cancer cells

We are currently working on two axes related to cancer, with the goal of understanding and identifying the biological mechanisms primarily responsible for tumor growth and the development of resistance to treatment.

Luis Almeida and Diane Peurichard work more specifically on two types of cancer. They are involved in the national HTE Moglimaging program (ending March 2021) on the study of Glioblastoma (GBM), the most aggressive brain tumor. The purpose of this project is to study tumor heterogeneity and the capacity for resistance to treatment, with the ultimate goal of predicting the patient's response to the various treatments administered. They are working more specifically in collaboration with François Vallette's team from the Cancer Research Center, University of Nantes, who performs the in vitro experiments and provides the experimental data.

Their research axis within this global project aims at developing mathematical models of EDP type (Equations with Partial Derivatives), allowing to identify the main mechanisms involved in the formation of cancerous cell structures, their maintenance, and their response to external stresses (treatment).

In the framework of Gissell Estrada Rodriguez's post-doctorate, they developed a simple model to qualitatively reproduce the early stages of development of GBM grown in vitro. The results of this model suggest a new mechanism of response of GBM cells to a mechano-transduction treatment (mechanism by which cells convert the mechanical stimulus into electrochemical activity), and open the way to new experimental explorations.

If experimentally validated, this mechanism could considerably contribute to the understanding of the spatial self-organization of GBM and present interesting therapeutic perspectives.

Their second line of research on cancer focuses on identifying the mechanisms for the acquisition of persistence and resistance to treatment in melanoma (malignant skin tumor). In collaboration with Shensi Shen (Gustave Roussy Cancer Research Institute), they are developing an agent-centric model to describe the translation mechanisms of proteins involved in the development of persistence and resistance to treatment.

By confrontation with in vitro and in vivo experimental data, we are seeking to develop a model that accounts for the different cell phenotypes** observed (proliferative, quiescent, resistant cells), through simple intracellular mechanisms, in the hope of identifying new therapeutic targets.

Inria and the Gustave Roussy Institute: a close collaboration

The Mamba project-team (Inria of Paris) is working in partnership with the Gustave Roussy Institute, the leading cancer research center in Europe, to study the mechanisms of resistance to cancer cell treatments. The collaboration between the two institutes has been strengthened through the creation of a Mission Covid project, ScanCovid IA, with the Opis project-team (Inria de Saclay). The project enables healthcare personnel, through the combined analysis of our health data, to better predict and refine the severity of the virus attack.

* Mamba is a joint project-team of Inria and Sorbonne University

** Phenotype: set of observable traits of an organism.

Dirk Drasdo tells us about his exciting research on the liver