Date:
07 Jul. 2021
Changed on 12/07/2021
As part of the Coast project team, a joint team between the Inria Nancy - Grand Est research centre and Loria, Claudia Ignat has been working on designing collaborative peer-to-peer systems without any central authority, seen as possible alternatives to services offered by GAFAM (the acronym used for the internet giants – Google, Apple, Facebook, Amazon and Microsoft). Keywords for her research: data sharing, trust and data confidentiality. 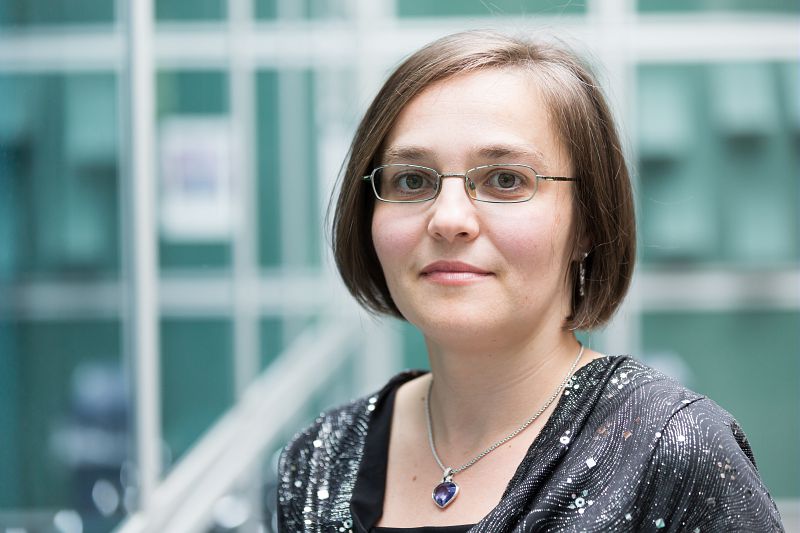 The problems with a central authority

The goal behind the research carried out by Claudia Ignat as part of the Coast project team is to develop collaborative peer-to-peer systems which are suitable for users needs and which are resilient to faults and attacks. “In existing collaborative systems, groups of users work remotely on sets of documents shared through a central authority, ordinarily one of GAFAM”, explains Claudia Ignat. “These central authorities store users’ personal data, which can create issues in terms of user privacy.” Another issue relates to the difficulties encountered during scaling up, linked to an increase in the number of users (from a few individuals to a whole community). Despite high administration costs, these systems are not designed for large numbers of users. The Google Docs application, for example, can host a maximum of around fifty or so participants: beyond that, any new access requests made by users are rejected. This can become a major problem when modifications are being made to a document simultaneously: “When Donald Trump supporters stormed the Capitol Building in Washington on 6 January 2021, several changes were made to the building’s Wikipedia page in a single minute. If two users are writing at the same time, then it is the version that is saved the quickest that is kept.”

The overarching objective for the research carried out by Claudia and her team is to develop a “peer-to-peer” collaborative system - in other words, one without any central authority. This system will scale up for a large number of users, who will have the control over their data and decide with whom to share their data. The first target is to ensure that data is available and that any changes made to documents are visible in real-time to all users. “In the context of multiple projects funded by the ANR (the French National Research Agency) and the Ministry of the Economy and Finance, we are seeking to create reliable replication algorithms capable of generating coherent and convergent copies”, explains Claudia Ignat. “They must also be capable of scaling up, i.e. able to work regardless of the number of users.” One of the biggest challenges is finding a way of properly merging all contributions, particularly changes which cannot be mixed with each other.

The proposed algorithms are assessed as part of actual collaborations and user studies. A study carried out together with a professor of psychology from Wright State University as part of an Inria associate team showed that increasing the time between a change being made and that change appearing on the screens of other users affects group performance, resulting in redundancies in corrections. “On a standard editor, this can take as long as fifteen seconds. With our peer-to-peer editor, it takes no longer than two seconds”, explains Claudia Ignat. She has conducted other research projects on group awareness, including to determine what type of information should be shared with users in order to prevent conflicts and to understand divergences in situations where these cannot be avoided. Through her research, Claudia has contributed to the national target of digital sovereignty.

The research work of Claudia Ignat has also aimed to build trust in peer-to-peer collaboration, where each user is able to decide with whom to share their data. On top of information sharing, building trust between users is another important long-term objective.  “We develop trust-based models in order to study how collaborators might be chosen based on their past behaviour, which is useful for users who haven't yet worked with each other.” Claudia has also carried out other experiments with Wright State University on “the trust game”. “This is a win-win collaboration scenario in which, when you give a sum of money to another user without knowing them, you earn more than if you were to keep the money to yourself. This sparks a virtuous circle of trust.” Through these experiments, it is possible to determine, at a given moment, a trust value based on the quality of past collaborations. This value is dynamic, meaning it can change over time, at the same time as the collaboration itself.

Claudia Ignat graduated in Computer Science from the Technical University of Cluj-Napoca in Romania. She did her end-of-study project at ETH Zurich under the supervision of Professor Moira Norrie, where she then continued her studies as a PhD student. As part of her PhD, Claudia studied data reconciliation algorithms in the context of collaborative editing, splitting her time between research and teaching. She joined the Coast project team in 2006, initially as a postdoctoral researcher, before being recruited to a permanent position as an Inria research fellow. Between 2012 and 2019 Claudia also ensured the double responsibility of Delegate of International and European Affairs at the Inria centre in Nancy. She has just passed her HDR[1] and will take the lead of Coast team towards the end of the year, succeeding François Charoy. “I manage to juggle my professional life with my family life – I have three girls aged eleven, eight and three. I feel it's important to say that it is possible to be a researcher while having a rich personal life at the same time!”