Date:
30 Mar. 2021
Changed on 14/10/2022
The 2020 wildfire season in California was the largest in the state’s modern history, with over 4 million acres burnt, claiming 31 lives, and costing the state over 12 billion dollars. The BurnMonitor project brings together Inria and several partners to build a complete wildfire early detection solution. 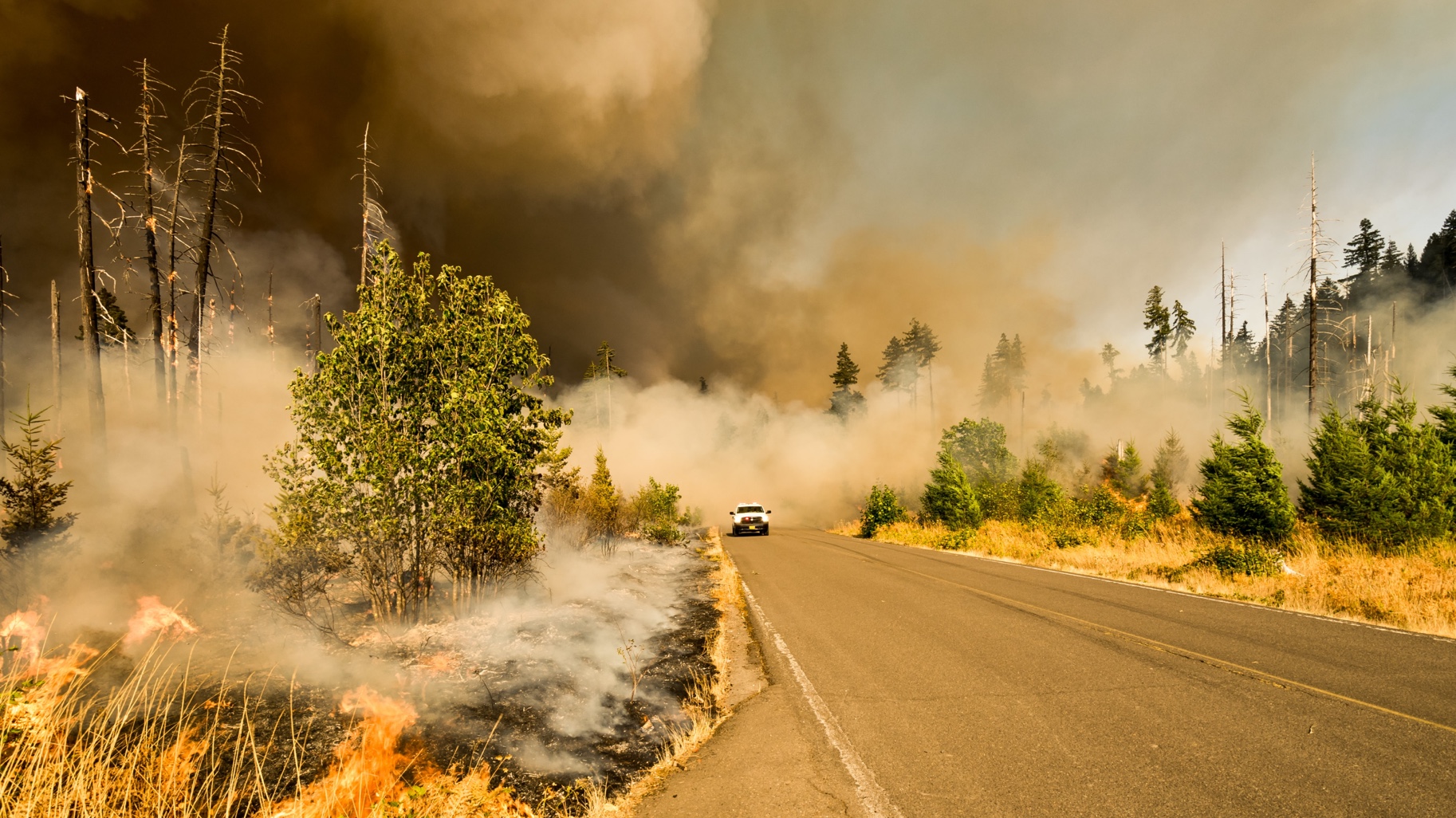 What do all fires have in common? They all start small.

For example, when a cigarette is thrown out of a car on the highway, it ignites the dry grass, forming a small fire that progresses relatively slowly. At that stage, it takes a single fire truck less than an hour to completely secure the area. If that little fire goes undetected for 90min or so, it reaches the treeline, and turns into a much larger wildfire.

Detecting a wildfire as early as possible is key to combating wildfires.

The Moraga-Orinda Fire District (MOFD) operates in the East San Francisco Bay. The area it services consists of rolling hills with a combination of residential areas, natural parks, several schools and crossed by a highway. The MOFD has been at the forefront of innovation in early fire detection in California and the US.

The MOFD needed a system that allows them to closely monitor highly sensitive areas, like a school located in a forested area for example, and get a warning as soon as a fire starts, as well as the necessary information for the fire department to best approach the fire and coordinate action.

Thanks to its partners, BurnMonitor became wildfire early detection IoT (Internet of Things) solution which combines sensors on the ground, data analysis tools and satellite imagery.

How does it work?

The fire department installs a fence of wireless sensors around the areas it wants to protect. Fire-proof plastic enclosures contain the necessary sensors to detect fire, as well as the electronics to wirelessly communicate. The sensors’ enclosures rated to withstand a temperature up to 125C so the sensors keep operating during the fire; they are not destroyed by it as the fire is mostly close to the ground.

Sensors are mounted on a 1m-high pole, and installed 50m apart to form a “virtual fence”. 50m is a spacing that no fire crosses the fence undetected.

The wireless sensors form a highly reliable low-power wireless mesh network around a gateway device. The network’s >99.999% reliability is crucial to avoid missing a fire alarm because of connectivity issues. 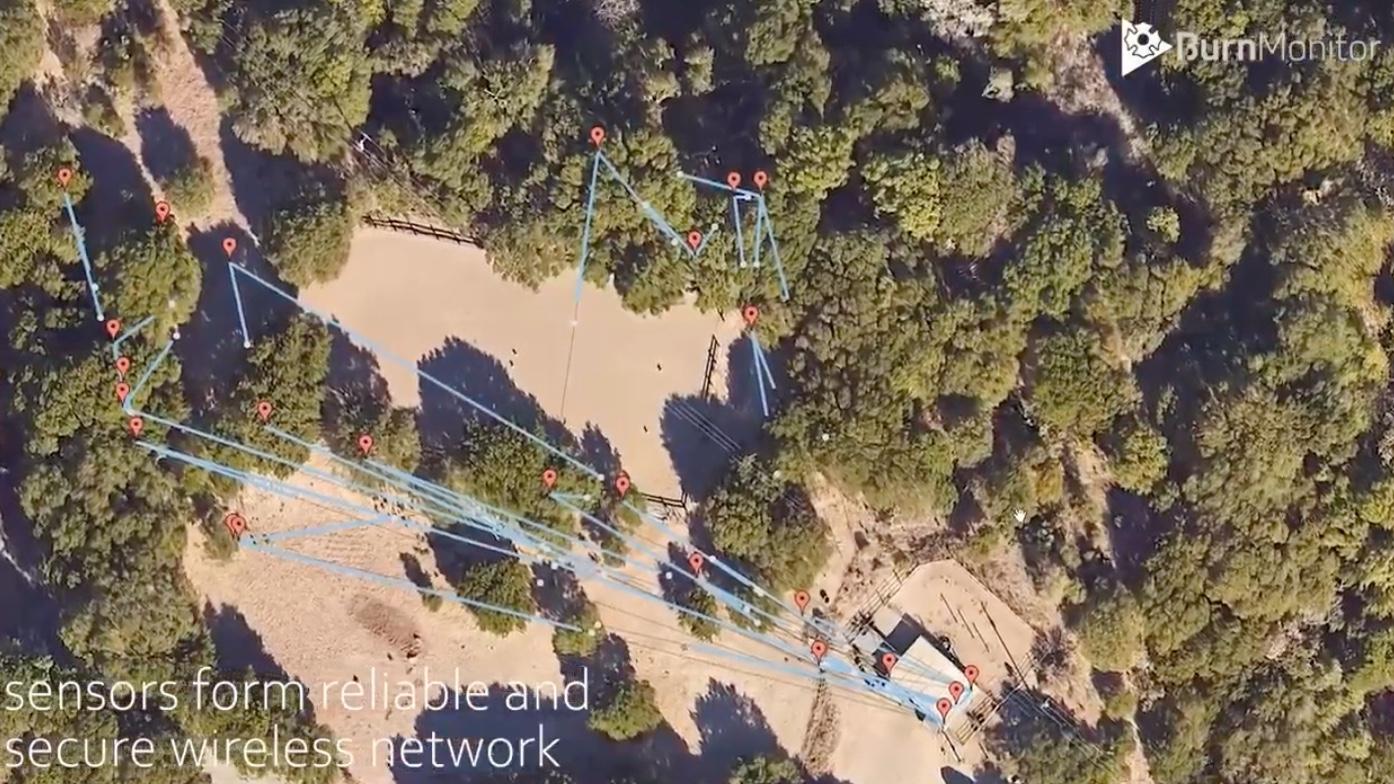 As the front of the fire progresses, it crosses the virtual fence of sensors, which, one after another, detect the presence of the fire.

The mesh network technology used is self-healing: wireless sensors relay information for one another, and if a sensor is destroyed during the fire, the network re-organizes to ensure the data gets to the gateway, which is itself connected to the Internet.

When a sensor detects a fire, it sends that information towards the gateway. Because the gateway can be out of wireless communication range of that sensor, that data may be relayed by other sensors. This causes the data “hop” from the sensor detecting the fire to the gateway. The gateway itself forwards the data to the BurnMonitor cloud using its 3G modem.

The servers of the BurnMonitor cloud are located at Inria de Paris. On them, we are able to see the data in real-time, and run the algorithms which translate raw sensor measurements into fire detection events. The BurnMonitor Cloud also coordinates with the other partners: 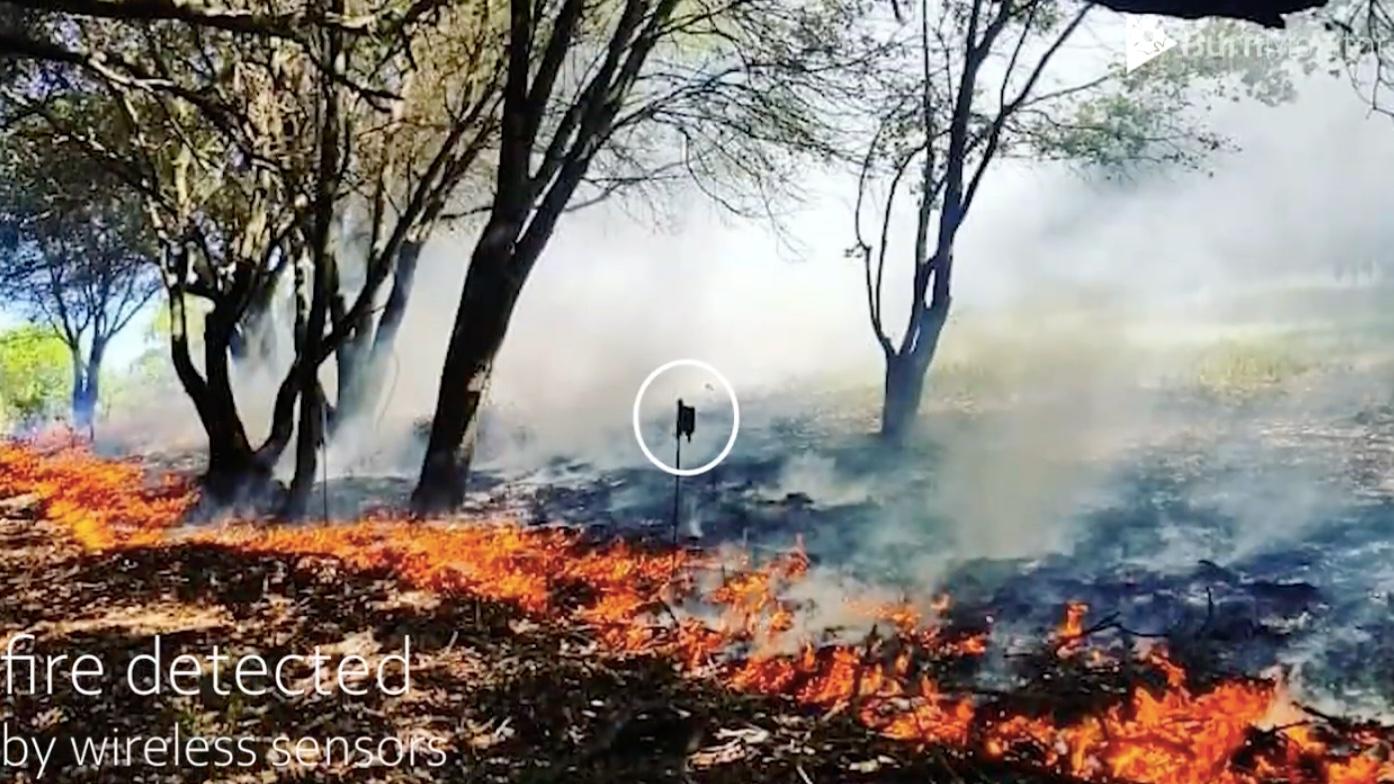 The Moraga-Orinda Fire District fuels the consortium with requirements and coordinates the testing. Inria & especially the EVA project-team architects the solution and manages the BurnMonitor Cloud. The University of California, Berkeley tests the equipment and the system and coordinates with the MOFD during live fires. Analog Devices provides components of the sensors and builds them. Planet makes their satellite constellation available to the consortium. Zonehaven builds the fire propagation model, turning the sensor data into recommendations to evacuate.

It takes each one of these partners to build a complete solution, which doesn’t only detect wildfires as they start, but also provides the fire department with actionable data. Thanks to the installation of a virtual fence of sensors around areas to protect, the MOFD receives an alarm as soon as a wildfire crosses that fence, as well as the necessary information for the fire department to best approach the fire and coordinate action.

A series of successive tests

In May 2020, the MOFD started conducting full proof-of-concept live fires to test the capability of the system to accurately detect a fire and generate meaningful data. In a test, the first step is to start a controlled fire in a representative area.

Fire departments in California regularly conduct test fires in the spring to ensure their readiness for the “fire season” which starts around June.

Next steps involve larger roll-outs of the technology in different parts of California. We are excited at the prospect of bringing this technology to Fire Departments in France and Europe, and are looking for opportunities! 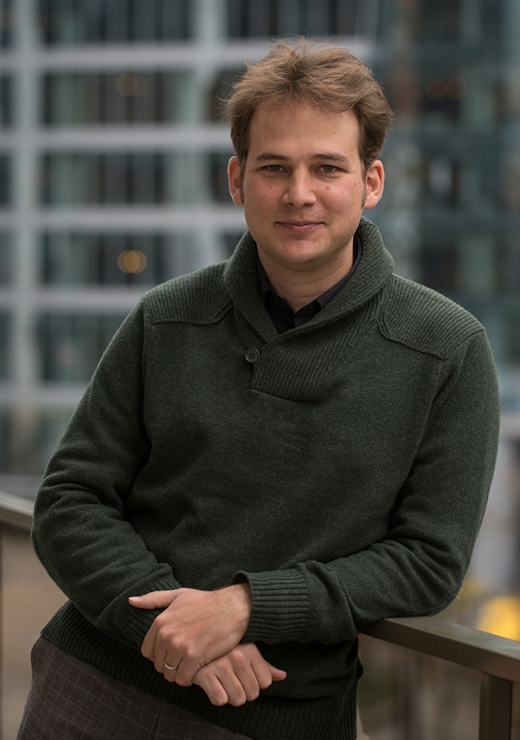 Director of research of the EVA research team