5G: Who is it for? What purpose does it serve? When will it be here?

Date:
29 Apr. 2021
Changed on 30/04/2021
With higher speeds, significantly lower latency and the inclusion of a vast number of IoT features, in recent years 5G has been the subject of considerable attention and media hype. In the company of three INRIA researchers, we take stock of this new generation of mobile networks. 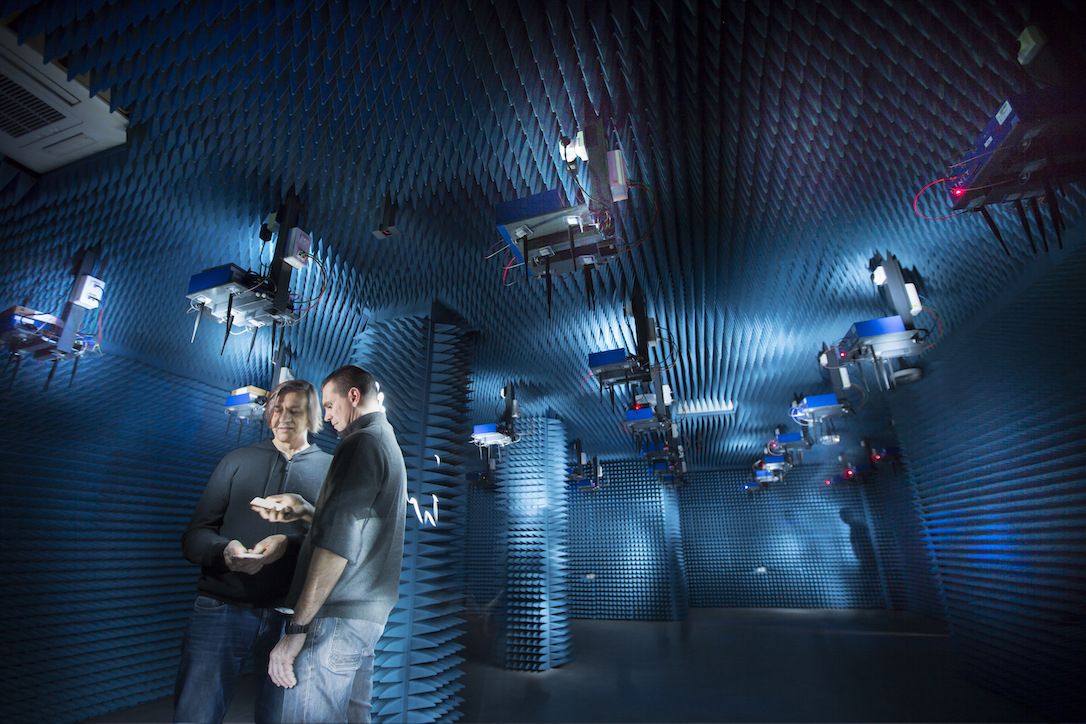 5G is the fifth generation of mobile networks. It represents an evolution in communication architectures which should ensure much faster speeds and ultra-low latency for the broadest number of users (including machines, objects and devices).

It should provide a response to the explosion in our data use and enable higher connectivity than previously available, while also integrating connected objects in cellular networks. “This is a logical evolution in cellular network access technologies and the taking into account of the world of objects in communication protocols, with the possibility of connecting certain objects to the cellular network”, Thomas Watteyne, Research Director at INRIA Paris, explains.

The biggest advantage of 5G over 4G is its very high speed and low latency. Among the aims set for this new generation is a maximum speed per user of up to 20 Gbit/s, in other words, 10 to 20 times faster than 4G. “This represents the maximum that can be provided on the network, but it doesn’t mean that everyone will be able to avail of it”, Walid Dabbous, the head of the DIANA project-team at Inria Sophia Antipolis, points out, before adding: “It’s feasible from a technological point of view, but in economical and practical terms, we will perhaps go from ten megabits to one hundred megabits per second. We call this the user speed.” Latency should drop from 10 to 1ms.

This global architecture will offer connectivity possibilities with a wide range of characteristics. This explains why 5G is seen as highly interesting technology for the Internet of Things, because it provides appropriate connectivity according to needs, says Nikolaos Georgantas.

By freeing up a gigantic IoT ecosystem in which networks can serve billions of connected devices with acceptable trade-offs between speed, latency and cost, 5G should effectively revolutionise a great number of fields, beginning with health, mobility, smart cities or factories of the future.

The MiMove project-team is based in the INRIA Paris Centre and focuses a large part of its research on IoT.

“The design, development and execution of IoT-related applications requires mastery and management of its complexity in terms of distribution, heterogeneity, dynamism and scale. We provide middleware solutions for IoT, which process these issues transparently for applications,” project-team head Nikolaos Georgantas explains.

In the mobility sector, for example, 5G could allow vehicles to communicate between each other and their urban environment, thus optimising travel, reducing traffic jams and accidents, and above all, enabling self-driven vehicles to blend perfectly into traffic.

For the health sector, 5G holds promising prospects in the field of telesurgery. Surgeons would thus be able to carry out complex medical operations from anywhere in the world, thanks to 5G-controlled robots. Patients requiring a specific type of operation would also be able to choose the best surgeon, regardless of their location. Furthermore, in the coming years, 5G is set to open up numerous possibilities for medical monitoring via low-energy connected objects, enabling patients to live at home with mobile devices which will monitor variables such a as blood pressure, pulse and respiratory rate.

What are the technological characteristics and challenges of 5G?

To obtain wider bands, you need available frequencies. Several frequency bands are already allocated for other uses, however. For the new mobile network, two frequency bands, with different properties, were chosen:

A third frequency band will also be allocated to 5G in a few years’ time: the 26Hz band. These are known as millimetric waves, i.e., wavelengths of around a millimetre. Such wavelengths can provide a wider band, over shorter distances, but present a significant drawback due to their inability to ‘pass through’ an obstacle on their path. “These waves have properties that the slightest obstacle can diminish”, Walid Dabbous tells us.

In other words, while 5G provides a considerable rise in bandwidth flow, its more limited range will require additional infrastructures.

The solution: The use of several inter-linked miniaturised antennas will direct the radio signal only to users when requested, instead of being emitted constantly in all directions, thus reducing interference and speeding up flow significantly.

More of these smaller antennas will have to be installed across the country to offset their shorter range. It is for this reason that operators currently agree that until the 5G network reaches its maturity, the use of lower frequency bands must continue in order to provide cover to larger areas.

In addition to this, 5G integrates and uses several existing paradigms and technologies to adapt to various issues. A certain number of these techniques have shown highly promising or effective results, such as the edge / fog computing paradigm, which enables calculations at the heart of data sources with considerable gains in speed and network resources, or the Software-Defined Networking paradigm combined with Network Function Virtualization, which provides greater flexibility in the management of central network resources taking on the highly diversified data flows of 5G.

Several INRIA research teams are currently working on issues linked directly or indirectly to 5G, including the DIANA project-team (INRIA Sophia Antipolis - Mediterranean Centre), which conducts research in the field of networks with a specific focus on the experimental and reproducible assessment of 5G network performance; the EVA project-team (INRIA Paris Centre), specialised in low-power wireless communication, or the STACK project-team (INRIA Rennes - Brittany - Atlantic Centre), an architect of resource management systems (hard and soft) for geo-distributed infrastructures (Fog, Edge, etc.), which go hand in hand with 5G. The RESIST project-team (INRIA Nancy - Grand Est Centre) focuses on security issues raised by the Cloud-Edge-IoT continuum in future networks (5G and beyond).

How much progress have we made with 5G?

Despite the COVID-19 pandemic, the pace at which new 5G features were sped up in 2020, in terms of both networks and terminals.

This acceleration is particularly visible in the USA, South Korea, China and Switzerland, the four leading contenders in the world race to adopt 5G. South Korea, for example, is aiming for nationwide coverage in 2021 and Switzerland has rolled out 5G networks to 90% of its population. China was set to reach 175 million 5G subscriptions by late 2020, according to Ericsson.

Other countries are following at their own pace. Such is the case for Austria, Spain, Portugal and France, who were all forced to postpone key spectrum auctions for 5G due to the world health crisis. Operators in France launched their first commercial offers in late 2020, following the allocation of frequencies on the 3.5 GHz band to operators by ARCEP (the French regulatory body for electronic communications, postal and print media distribution, formerly known as the Telecoms Regulatory Authority), on 12 November 2020.

Nevertheless, and while network roll-out procedures began several years ago, the adoption of 5G is still in its early stages for the sector. Full roll-out will require time and 5G itself will evolve in terms of speed, reduced latency and the ability to carry high numbers of users simultaneously, etc.

We have identified several steps. Certain aspects are ready for roll-out now, others will come later, such as derived frequencies enabling high-level communications, Thomas Watteyne comments.

In any event, the more 5G evolves, the more obvious its benefits for the sector will become. A study published by Ericsson in late 2020 thus forecasts that by 2026, 60% of the world population will have access to 5G cover with around 3.5 billion subscriptions. In the meantime, the world is already considering the transition to 6G and what this network could offer, such as speeds a hundred times faster than 5G and in which artificial intelligence would play a leading role.

The Internet of Things: Stackilab and Thoth on demonstration at SIDO

The new challenges of network security