"From Shape to the digital inventors exhibition"

Date:
07 Jul. 2020
Changed on 15/07/2020
The “From Shape to the Digital Inventors” exhibition was designed and created on the initiative of three members of the Inria headquarters team, Marie-Pierre Diquelou, Thierry Boche and Rémy Taillefer. This exhibition opened in November 2017, driven by their desire to devise and create a vast retrospective to mark the institute’s fiftieth anniversary. The exhibition traces the history of the Rocquencourt site as well as that of computer science.

Origins of the project

The adventure began in 2017 in view of the celebration of the institute's 50th anniversary. “I suggested a retrospective exhibition and my idea was very well received”, Marie-Pierre Diquelou, head of document management and archives at the Delegation for Legal Affairs, sums up. The subject that was initially proposed was vast: illustrating Inria's contribution to the history of computer science.

That was when Rémy Taillefer, knowledge manager in the Human Resources department, and Thierry Boche, from the Information Systems department, came in. The former is a colleague with a long experience in different functions at Inria, including within research teams; the latter has solid skills as an IT stock manager and a passion for Second World War history.

The exhibition features a number of historic videos illustrating the site’s rich history, from the establishment of a headquarters for allied troops in 1952 (at the NATO SHAPE - Supreme Headquarters Allied Powers Europe site) to the research conducted by two generations of researchers. Videos also provide visitors with an opportunity to relive the adventure of the development of the Plan Calcul, applied mathematics and computer science, and with a better understanding of advances in internet technology, artificial intelligence and major innovations, such as the iPhone for example, in which an Inria researcher played a key role.

The exhibition offers a retrospective spanning nearly 70 years telling the story of this historic site. The first part of the exhibition immerses visitors in the post-war period, which resulted in the establishment of a headquarters for allied troops in Europe on the Rocquencourt site in 1952, and provides insight into the context surrounding the creation of IRIA (Research Institute for Computer Science and Automatic Control) and then Inria, following the departure of NATO in 1967 until today. The second part of the exhibition shows how technology has evolved through research conducted by Inria scientists with the advent and deployment of micro-computing and networks.

The exhibition is based on reconstructions of typical offices from various key periods in the deployment of micro-computing and networks. “Landmark” equipment representing each period is displayed and brought back into service. Videos and display panels describe and explain the main technological developments and key events in the history of computer science: from the creation of punch cards to the World Wide Web, Arpanet and the pioneering figures of digital technology, the exhibition sheds light on the role played by Inria and its positioning in basic research in computer science and automatic control during this period, through reconstructions representing each period.

The exhibition design features a modular layout, giving visitors the opportunity to discover a series of 14 worlds, corresponding to five significant periods, from Inria’s beginnings to its mature period.

From the founders of the Rocquencourt site who introduced a new way of life, to the researchers who played a central role in the computer science revolution, numerous currents of innovation have succeeded one another and are on display in this exhibition.

A return to the past that has a bright future

Based on a review carried out after the exhibition had been open for a year, the team proposed a plan to professionalize and expand on it. This museum aims to become a physical showcase, a service and process for archiving the lifecycle of projects, a place for training, meetings, debates, interaction, ideas, thinking and creation.

The team behind the project

" The three of us started to reflect on it and, gradually, the project became more refined, Rémy Taillefer adds. Instead of a large fresco of computer science we opted for a more modest and heritage-based approach/ We concentrated on the history of the Voluceau site - which, from 1952 to 1967, was a support site to NATO's Supreme Headquarters Allied Powers Europe (SHAPE) - as well as on the evolution of Inria's office equipment which, for five decades, was the privileged witness to the work of the researchers, some of whom made their mark on the history of computer science ”.

" We decided to structure the tour around reconstitutions of typical offices, representative of the different pivotal periods in the life of the site and the evolution of computer science. We would now like to perpetuate this exhibition and, above all, make it more professional and enhance it, so that we can welcome new publics, contribute even further to Inria's influence and - why not - make it available for research team activities ".

" Everything is home-made, down to the last detail, such as the anti-glare device we invented using paper tablecloths. The visitor discover a first area devoted to the NATO period, with a military desk equipped with historical objects from our personal collections ".

The exhibition is open upon request for private visits during events, meetings and seminars in Rocquencourt.

It is also open to all site staff the first Tuesday of every month from 1 pm to 2 pm.

The Inria Expo in pictures 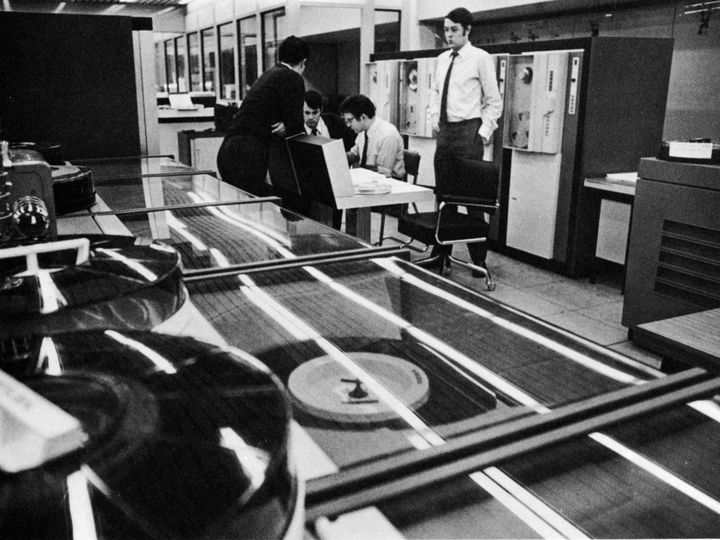 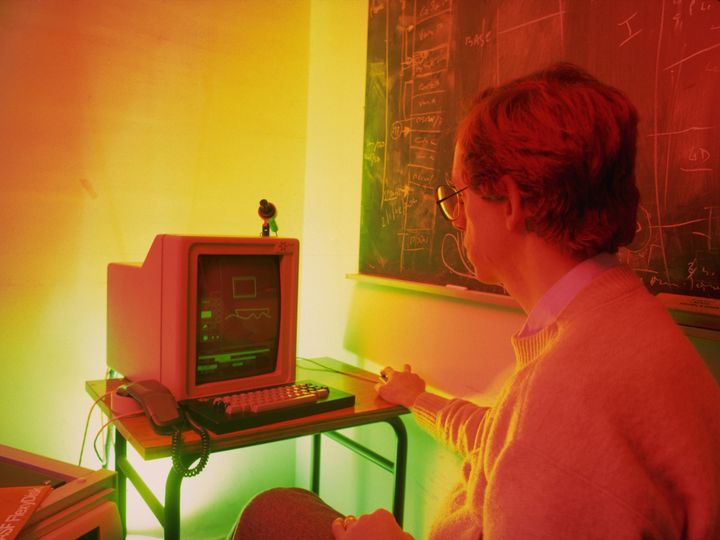 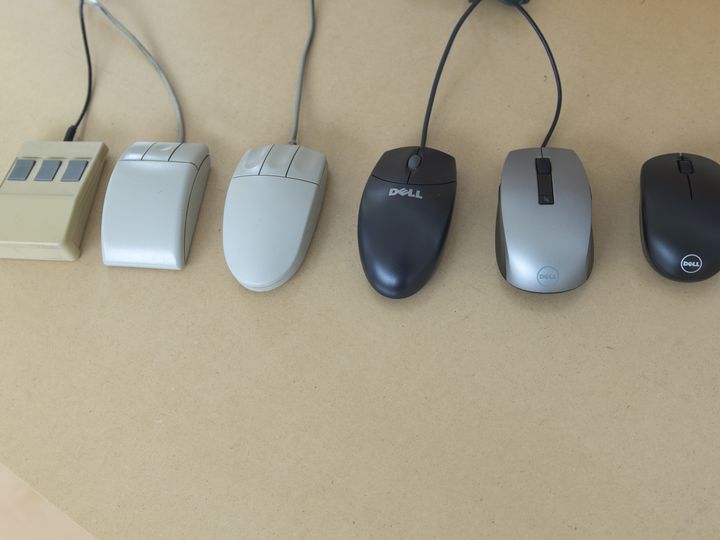 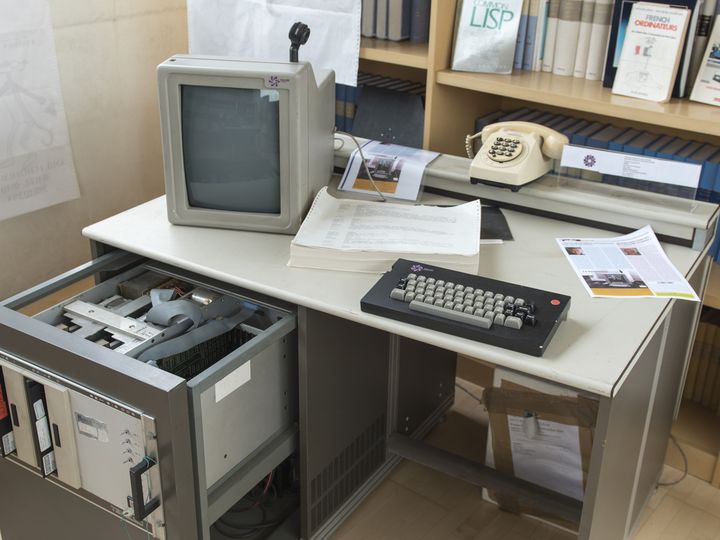 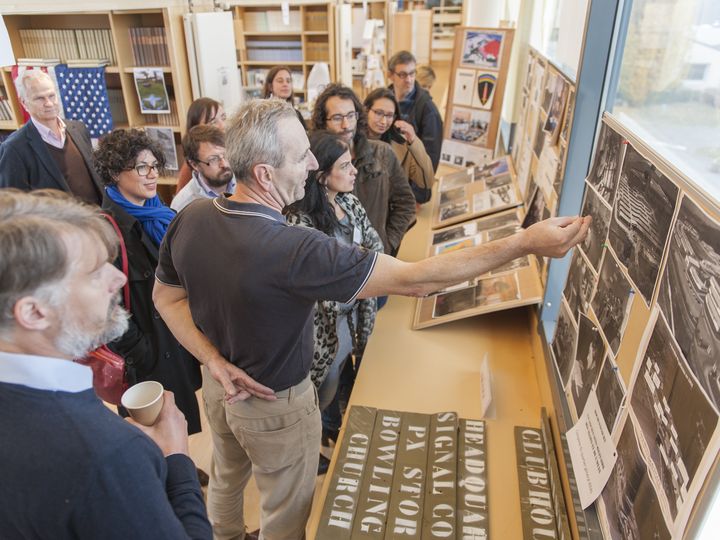 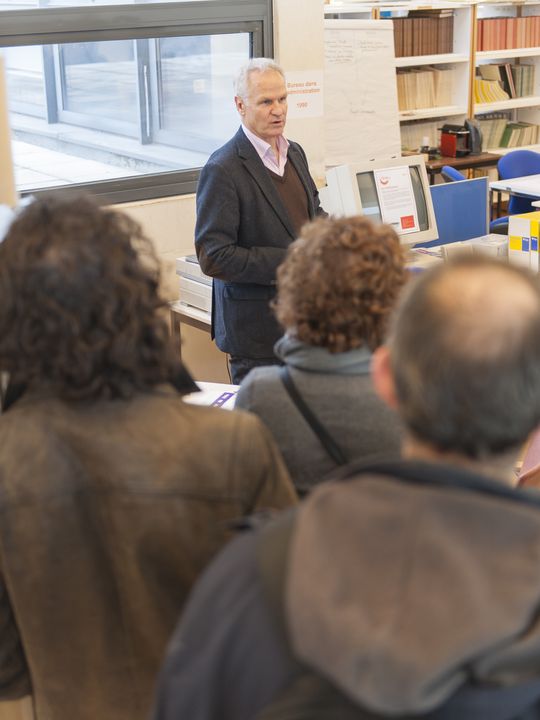 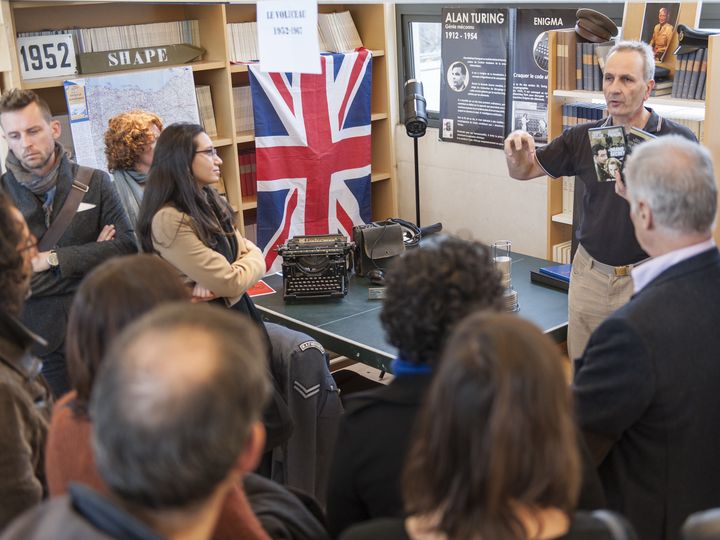 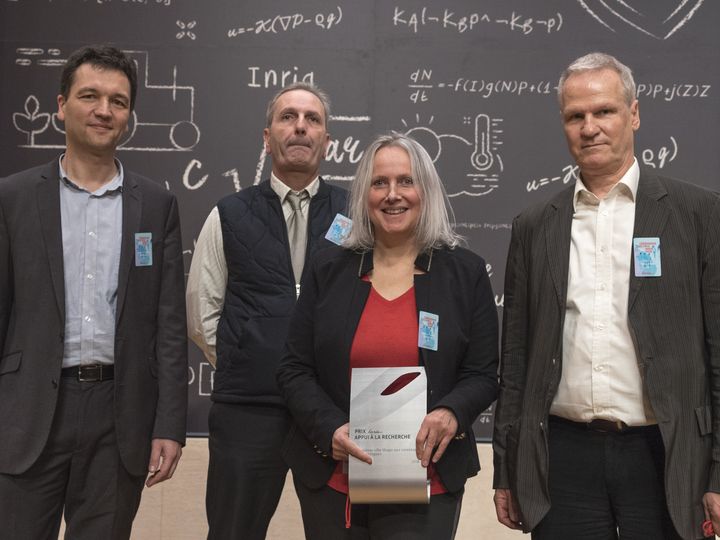 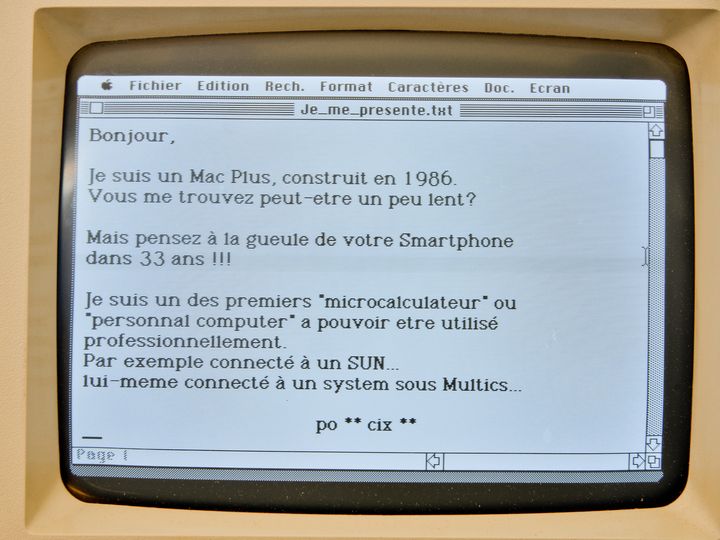 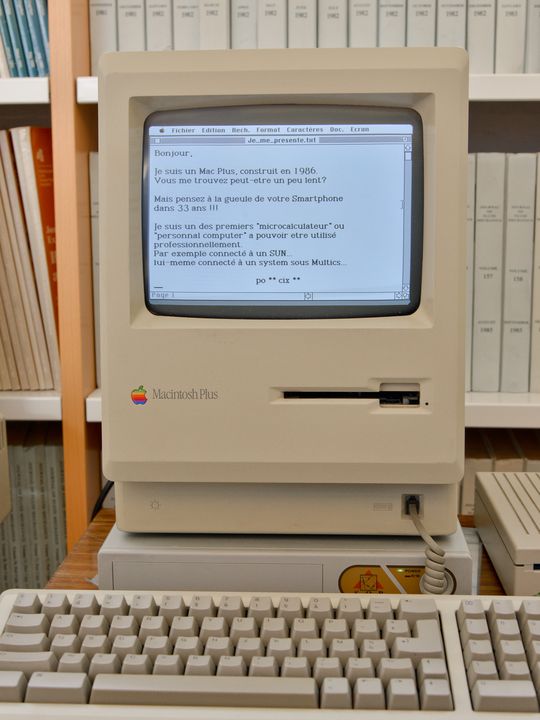 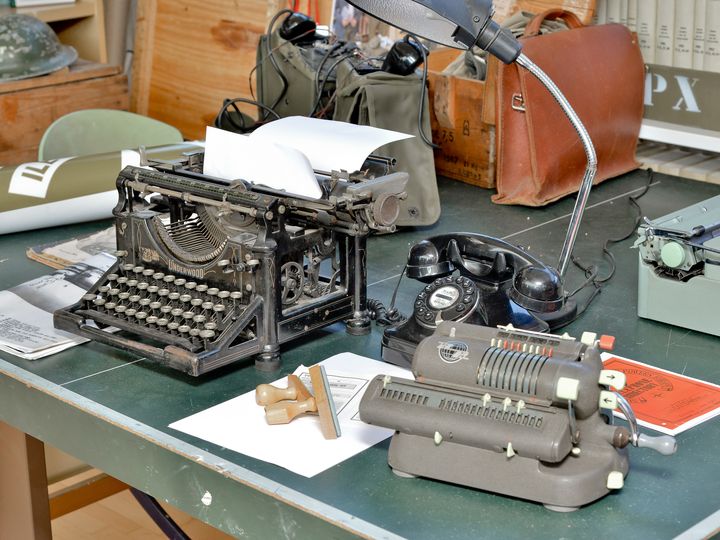 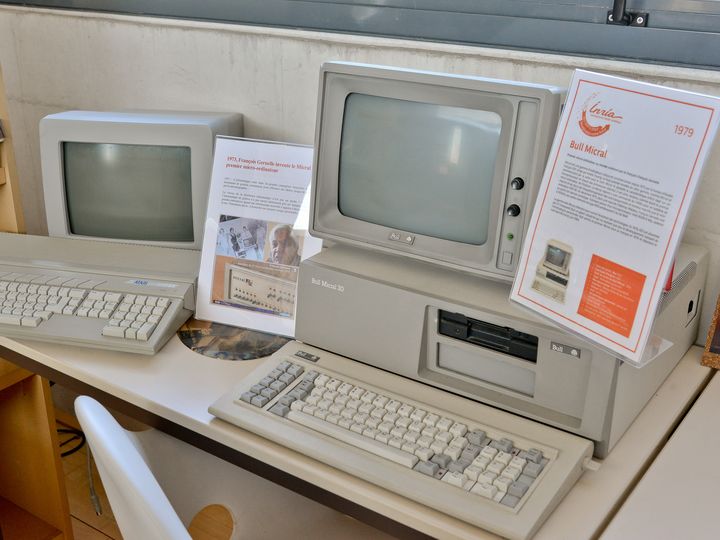 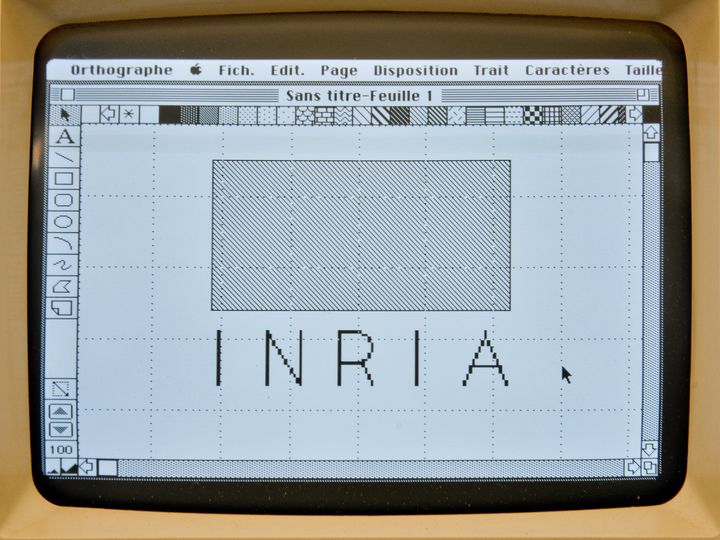 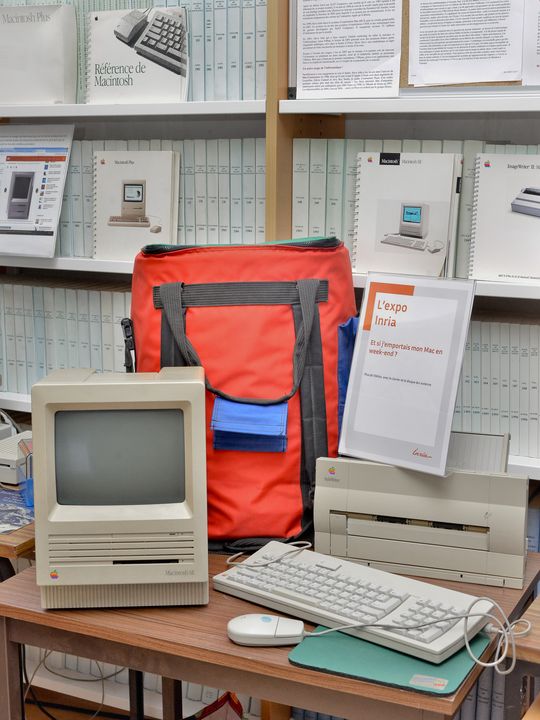 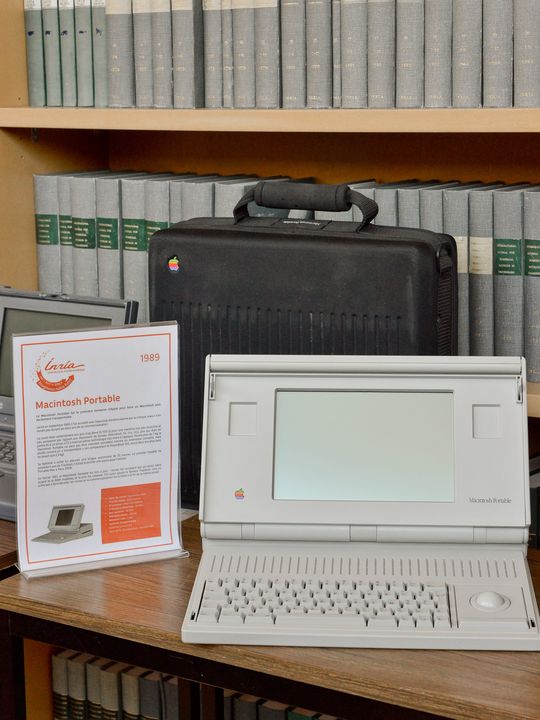