Date:
31 Aug. 2020
Changed on 31/08/2020
Chosen by Inria's exploratory actions programme, ODiM (Computerised tools to assist the diagnosis of mental illness) is an interdisciplinary project that seeks to identify key symptoms of schizophrenia in the discourse of people suffering from psychiatric disorders. Its method: using logic tools to analyse the cognitive processes involved in social interaction and speech and identify diagnostic indicators or warning signs of the disease. 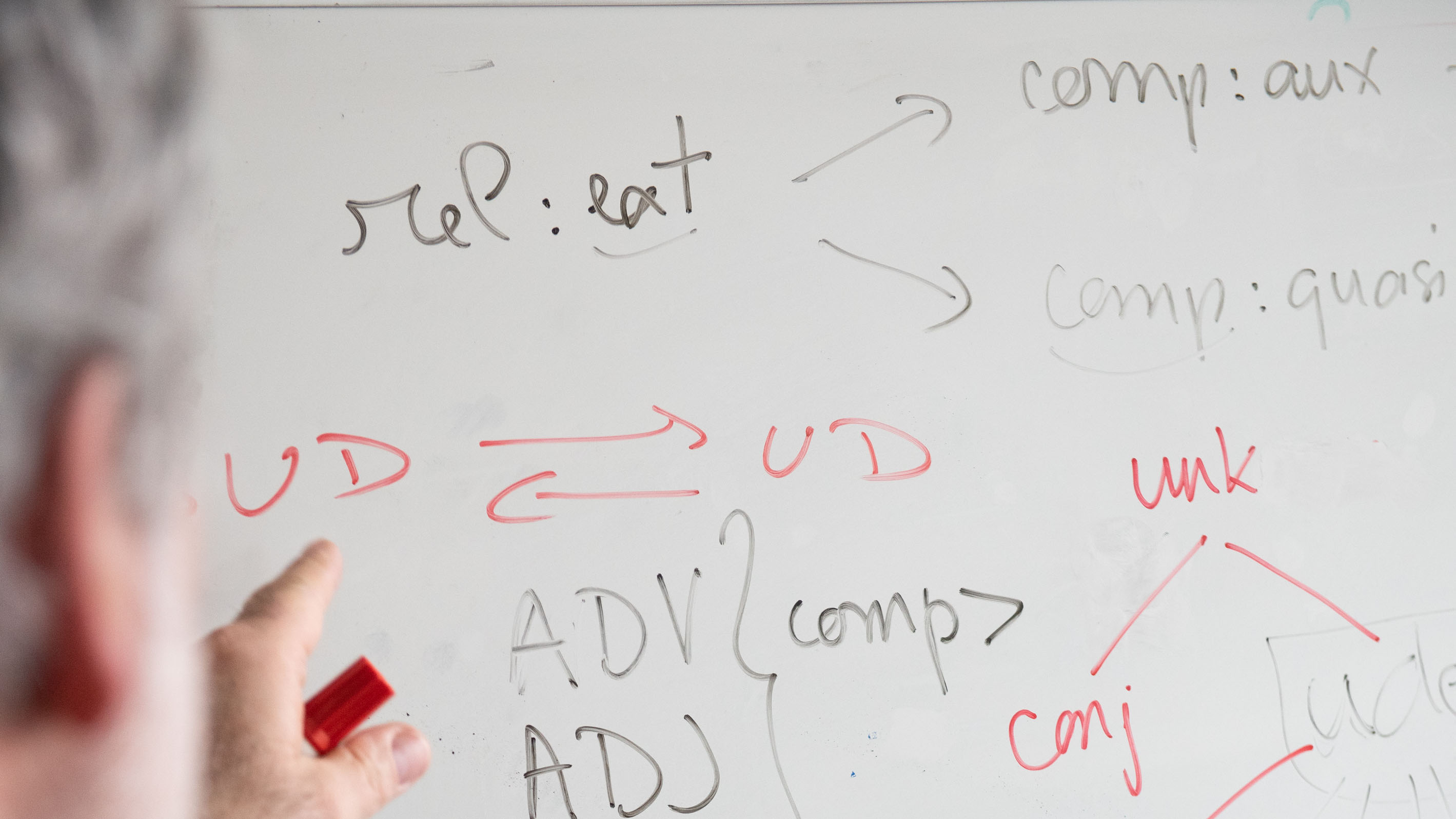 Despite more than a century of work on the subject, the world of psychiatry is still struggling to specifically define the nature of schizophrenia, leading to delays in providing therapeutic treatment with serious consequences for patients. Indeed, it is difficult to determine objective diagnostic criteria for this mental illness, whose symptoms are highly variable. However, by combining their approaches in linguistics and semantics, Maxime Amblard, Lecturer and Researcher at Loria and a member of the Semagramme team at Inria Nancy – Grand-Est, and Michel Musiol, Professor in Cognitive Psychopathology at the University of Lorraine, are exploring new paths by modelling discourse inconsistencies that would appear to characterise schizophrenia. These could be translated into diagnostic symptoms in people with the disease or early warning signs to detect people at greater risk of developing it. But in order to learn more and continue the partnership, more data must be collected.

First of all, collect data!

This initial aim was covered by the launch of the ODiM exploratory action at the end of 2019. Thanks to the system set up by Inria, the researchers have received resources to test the scientific relevance of their preliminary results for 36 months, through PhD funding, 24 months of engineering time and a budget of €30,000 to cover the operating costs inherent to all research. As a first essential step, ODiM will require the constitution of a corpus of 150 psychiatric interviews with patients diagnosed with schizophrenia. This phase is, in itself, a major example of the exploratory nature of the project, as there is currently no existing collection within the psychiatric community of pathological conversations with schizophrenics available for research. Once assembled, the collected corpus of linguistic and discursive (discourse-related) data, formatted to meet the requirements of scientific experimentation and research reproducibility, will be made available to the scientific community, in compliance with the deontological rules of the field.

Alongside this collection, the team will define new conceptual tools to analyse significant "language accidents" in schizophrenic dialogue and monologue. Maxime Amblard and his partners will be looking in particular at the “logic” problems in the sequence of ideas: the way in which, in the dialogue, the first proposal will lead to a second one, which is usually coherent, and then a third one which, if it is logically linked to the second one, no longer has any real link with the first. This semantic shift, while sometimes ambiguous enough not to hinder interaction, can become difficult to deal with when it no longer makes sense to the person the patient is talking to. The researchers will use the interview data to expand the methodology developed in their preliminary work. The aim? Formalise the elements which, in a schizophrenic patient's discourse, constitute symptomatic discontinuities. But the task is not easy because no constraints are set for psychiatric interview, meaning the patient can talk about whatever they want, thus increasing the number of semantic fields concerned.

A tool for faster treatment

The final phase will allow these theoretical tools to be implemented in a computer programme that can be used by people with no expertise in linguistics. Based on the transcript of the interview, it will create a logical visual representation of the semantics of the discourse, in the form of inter-connecting boxes corresponding to different concepts. This simulation of the dialogue structure will provide psychiatrists with a number of general metrics on the language of their patients (lexical statistics, morphology, syntax, coherence...). Above all, the software produced by the researchers should allow in-depth semantic analysis of sections identified by the specialist as being of interest, to help identify warning signs or characteristic symptoms of schizophrenia.

Ultimately, if the exploratory action is fruitful and proves its usefulness in clinical practice, it will be considered whether to transfer the tool to the specialist field, a process which could take the form of a start-up. But the job in hand is currently research, thanks to Inria's investment in this challenging project. This institutional support is also expressed through Maxime Amblard and Michel Musiol’s pre-existing international collaborations or ones they are currently developing on the subject of early identification of patients at risk.