Date:
13 Feb. 2020
Changed on 13/04/2021
Guillaume Larchevêque and Cyril Ferlicot-Delbecque, research engineers at Inria Lille - Nord Europe, are set to found a startup which will apply the RMoD project team’s findings (code analysis and remodularization of applications) on an industrial scale. Through technology transfer, it will offer new analysis and software mapping solutions for banks and insurance companies. 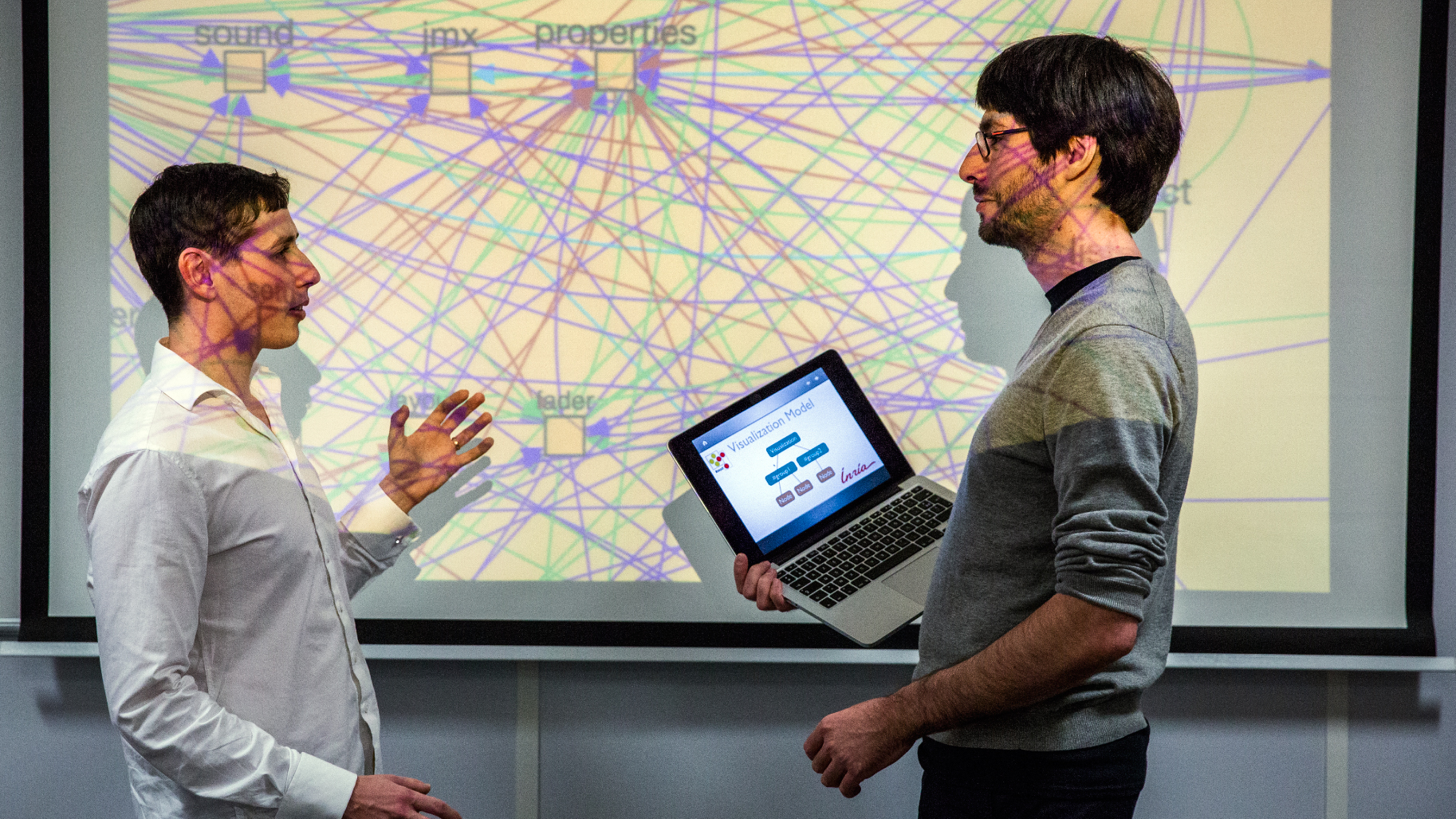 Analyses to understand the characteristics of the large-scale systems used in banks and insurance companies in order to facilitate their software maintenance and help them evolve: this is the aim of Codaxis, a startup which is about to be officially launched by two research engineers from Inria Lille – Nord Europe, Guillaume Larchevêque and Cyril Ferlicot-Delbecque. It will market solutions for analyzing the structure of existing software programs and mapping their organization and interactions with other information system components. The goal is to reduce risks during modifications, improve security and lower costs.

A project that stemmed from RMoD

The project originated with the RMoD project team, a joint undertaking between Inria, Centrale Lille and Université de Lille. “This research team, with its permanent team of about 20 engineers and researchers, focuses on remodularization, in other words, analyses to understand and restructure large applications,” explains Guillaume Larchevêque, who is about to embark on this entrepreneurial adventure. “As such, it works on all aspects of programming languages as well as useful related data, by modeling them and theoretically simulating changes in systems in production.”

The co-founders, supported by Inria’s incubation team, have decided to specifically target “bancassurance companies,” which have large “legacy” systems that must now be updated and adjusted to new security regulations and standards. The promise?

“Reduce their maintenance costs, which, on average, represent 80% of investments in information systems, by offering them accessible tools for day-to-day support,” adds Guillaume Larchevêque.

This is achieved through “decomposition” techniques, which aim to segment large centralized software into smaller entities which can be updated more easily. It is also achieved through “factorization,” which makes it possible to reduce code duplication as much as possible. This involves eliminating parts of the program that are no longer of any real use but which still consume storage space and complicate developers’ work: this is referred to as dead code removal.

“As a startup, our primary objective will be to develop and market a new version of the opensource tool, which will get regular updates from a community of researchers and industry professionals. But we will maintain our ties with the Inria research team: it will continue to provide essential brainpower for our development.” In return, Codaxis will provide the project team with “new concrete technical case studies,” related to problems encountered by leading institutions in the financial sector. If all goes well, the startup, which is currently seeking a business developer, should also one day be in a position to obtain funding to help researchers who wish to complete a PhD on these topics.

After obtaining a Master’s degree in large-scale software engineering and architecture at Université de Lille in 2010, Guillaume Larchevêque started his career in the health industry (more specifically, working on one of the earliest versions of the shared medical record system known as DMP in French) and then went on to work for a publisher of maritime surveillance software. He joined Inria Lille – Nord Europe in 2012, with the goal of developing operational solutions drawing on the RMoD project team’s research. Two years later, he joined Synectique – the first startup to grow out of this research program –as an application architect, before returning to Inria in mid-2017 on a contract set to end in October 2019. This young researcher with an entrepreneurial mindset will then lay the foundations for Codaxis by himself, while awaiting the arrival of Cyril Ferlicot-Delbecque, who plans to join him after completing his fixed-term contract with Inria, in October 2020.