QuaCS - getting ready for the arrival of the quantum computer

Date:
12 Apr. 2022
Changed on 14/04/2022
QuaCS is the name of a new Inria project team set up to study the programming structures specific to quantum computing, as well as the programming languages that will make it possible to express and to optimise quantum processing. This interdisciplinary team is based in Saclay, which is home to France’s largest concentration of researchers and start-ups in the field of quantum computing. 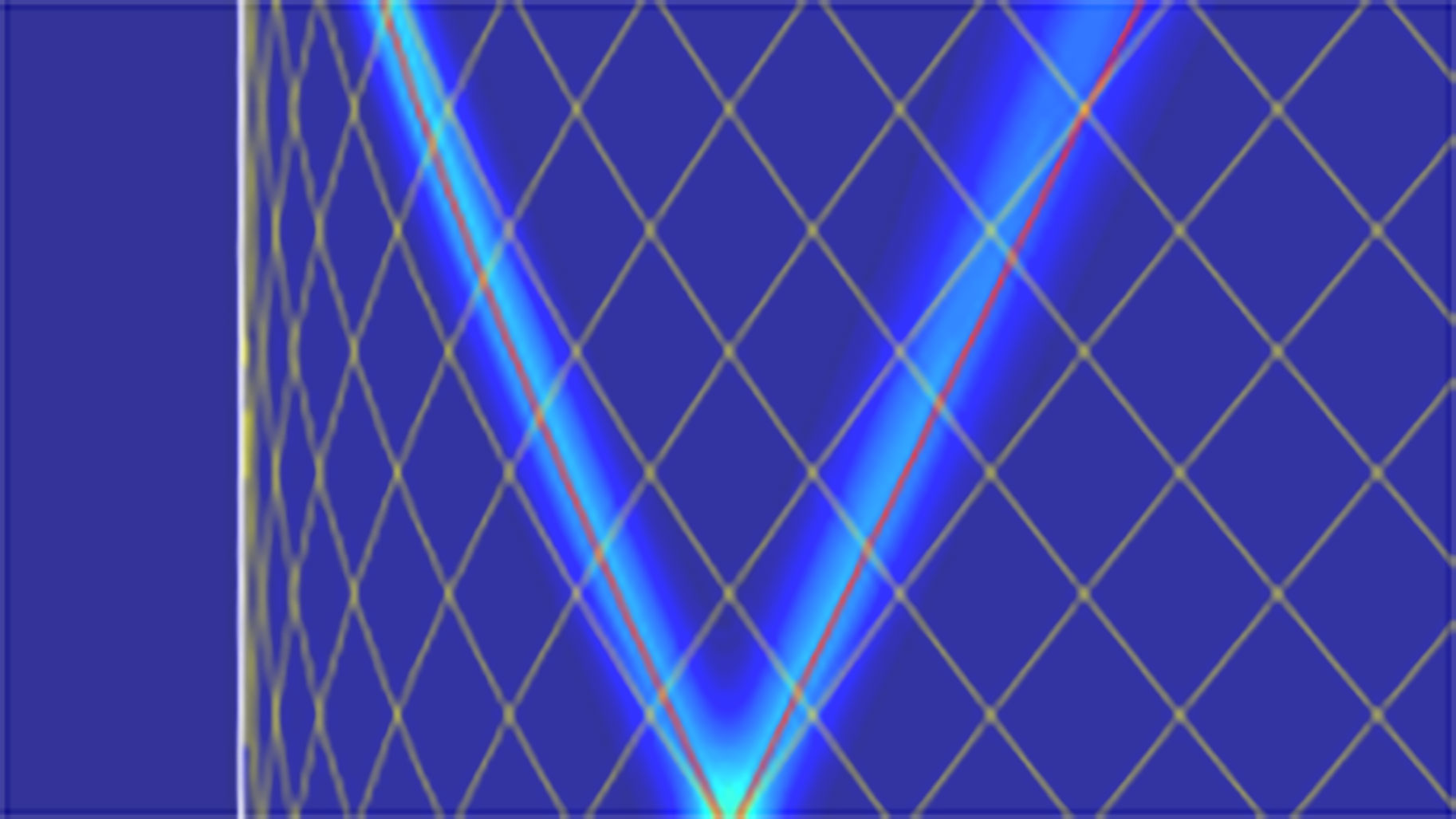 A key site in quantum computing

What are the strengths and weaknesses of quantum computing? What is the best way of utilising natural elementary particles (such as photons, electrons and atoms) in order to develop the quantum computers of the future, which are to be considerably quicker and more powerful than current computers? These unanswered questions have been identified by Inria as a priority, and were behind the creation of QuaCS (Quantum Computation Structures), a project team that is a joint undertaking involving Inria Saclay, Paris-Saclay University, CentraleSupélec, the CNRS and the ENS Paris-Saclay.

The team is expected to benefit significantly from being based in Saclay, a key site in the world of quantum computing. No fewer than 30 to 40% of all significant experiments in quantum mechanics are understood to have been carried out in Saclay, which is home to more than 80 research teams coordinated by academic institutions and major companies. Pablo Arrighi, head of the project team, is also one of the co-coordinators of Paris-Saclay Quantum, a centre of excellence for quantum computing. “Our aim with QuaCS is to bring our expertise in theoretical quantum computing to this centre, which has mostly focused on experimental physics”, he explains. In return, the team will be in the shop window when it comes to forging new partnerships with the major players in this field.

“Quantum computers use quantum properties to make calculations”, explains Pablo Arrighi, head of this new project team, which is being hosted by the LMF (Laboratoire méthodes formelles - Formal Methods Laboratory) on the campus of Paris-Saclay University. Unlike with standard computers, which encode information in a binary way (0s and 1s) using one or more microprocessors, quantum computers process information through the use of particles governed by the laws of quantum physics (such as ions, protons and atoms), operating at a subatomic level.

One advantage of this is that information can be coded using either a 0, a 1, or a combination of the two (what is known as quantum superposition), which in certain cases makes it possible to process vast quantities of data simultaneously or to carry out parallel calculations. Another benefit is that qubits or quantum bits (the core and the base unit of measurement for quantum systems) can sometimes be “entangled”, enabling them to possess correlated data instantaneously.

Pablo Arrighi expects three primary fields of application to benefit from the enhanced processing power of quantum systems: cryptography, simulations and algorithmics. But there remain a number of challenges to be overcome in research, particularly with regard to identifying important structures for programming quantum computers. “In computing, these structures correspond to ways of sequencing instructions for programs, regardless of the programming language being used (e.g. “while” or “if” loops in standard programming)”, explains the specialist. “The aim for QuaCS is to identify and define the basic structures of quantum programming.”

This will make it possible to go further than with the quantum machine languages that have been developed and shared by a number of companies,  including IBM's QisKit or Microsoft’s Q#. “These languages can be used to send instructions, or sequences of instructions, to a quantum computer”, explains Benoît Valiron, co-founder of QuaCS, which currently has six permanent researchers, one postdoc and four PhDs.

The objective is to be able to send high-level instructions and, if possible, to package them together in blocks capable of being adapted to the capacities of the machine executing them.

The researchers from QuaCS are also seeking to identify new elements specific to quantum computing. This involves, for instance, using the quantum properties of matter (superposition, entanglement and nonlocality) in order to carry out large numbers of operations on data. “We were the first to suggest carrying out quantum superposition, for example, which speeds up the process of solving certain computing problems”, explains the researcher.

The research carried out by QuaCS also focuses on optimising quantum circuits, “to tackle noise”, as Pablo Arrighi outlines. Because there is one major downside to qubits: when they come into contact with the environment, some of their quantum properties can be lost, resulting in errors in calculations (this is also known as decoherence). But the theory used to correct quantum errors also uses up a lot of qubits, making it essential to drastically optimise these circuits. The goal is to develop a theory for optimising these circuits, making the most of the achievements of the physicists in order to isolate as many qubits as possible.

The research carried out by QuaCS is already attracting interest from both start-ups and major companies. One of these is Quandela, a company based in Ile-de-France which specialises in the development of emitters of photonic qubits in the form of single photons, with whom a cooperative partnership is being developed. Another is Atos, which funded a CIFRE (Convention industrielle de formation par la recherche - Industrial Agreement for Training Through Research) PhD with the aim of working together to develop theoretical algorithms relating to quantum compiling.  Given the interest that has been shown, there is surely a lot more to come.

The French-Uruguayan Pablo Arrighi did his further studies in the United Kingdom. He graduated with a PhD in Quantum Computing (on its applications in Cryptography) from the University of Cambridge in 2003, before going on to lecture at Grenoble Alpes University between 2005 and 2014. He was a professor at Aix-Marseille University between 2014 and 2020, prior to joining Paris-Saclay University and the LMF at the beginning of the 2020/2021 academic year. He became head of QuaCS in early 2022.

After graduating with a PhD in Computing from the University of Ottawa in 2008 (on the semantics of programming languages), Benoit Valiron did a number of postdocs (at Inria, at Grenoble Alpes University, at Sorbonne Paris Nord University and the University of Pennsylvania in the USA). He has been a teacher-researcher at CentraleSupélec since 2015 and a research fellow at the LMF as part of QuaCS.

Find out more about current research in quantum computing