Date:
26 Jan. 2022
Changed on 01/02/2022
Pierre Lairez, a mathematics researcher at the Inria Saclay Centre, was recently awarded a prestigious and highly selective European ERC Starting Grant, which will allow him to lead the 10,000 Digits project over the next five years with applications in various fundamental theories in mathematics and physics. His aim is to develop abstract tools, similar to those used in algebra or the study of equations, in the field of symbolic computation. 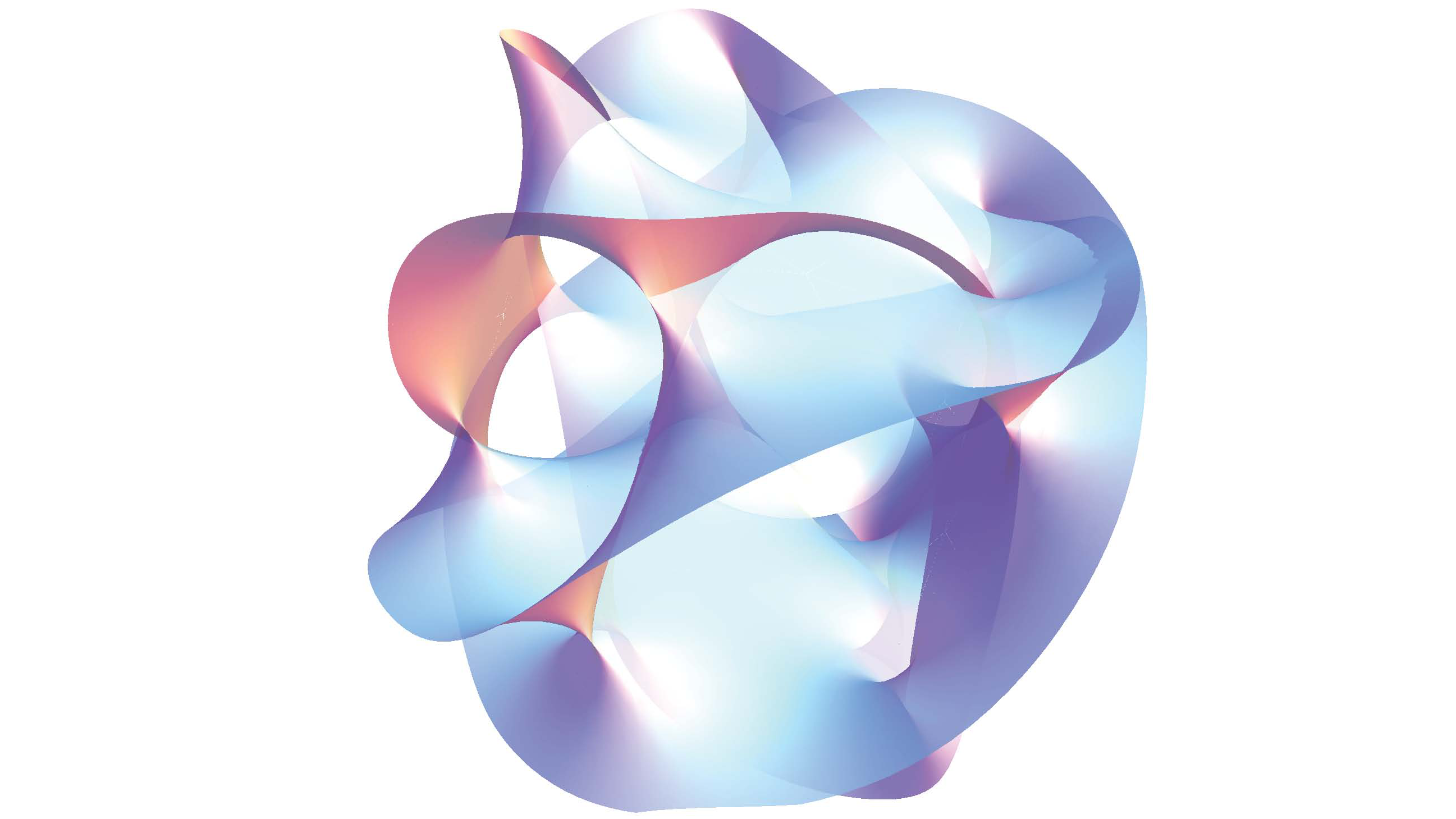 Recently awarded a European Starting Grant, Pierre Lairez is a young researcher at the Inria Saclay Centre who is particularly fond of maths, especially the fundamental theories of this discipline which he has studied since his youth. He also likes coffee - perhaps because of its beneficial effects on brain activity!

Since his baccalaureate, maths have been the main theme of the work of early-career scientist Pierre Lairez. After two years of scientific preparatory classes, he enrolled at the École Normale Supérieure in 2007 where he developed a passion for symbolic computation and then experimental mathematics during a PhD within the SPECFUN team from 2011 to 2014. He then spent two years of postdoctoral research in Germany at the Technische Universität Berlin, where he looked at questions concerning complexity, before joining Inria as a researcher. In early 2022, at the age of 34, he was awarded an ERC Starting Grant.

ERC Starting Grants are awarded to young scientists (two to seven years after completing their PhD) to allow them to set up a research team around an original and innovative subject. Pierre Lairez will lead the 10,000 Digits project, named in reference to an album by the metal band Tool. A scientist's fantasy? Not really: the project aims to develop abstract tools similar to those of algebra and the study of equations in the field of symbolic computation.

This branch of mathematics and computer science focuses on algorithms operating on mathematical objects, such as integers or polynomials, using “finite and exact" representations of these objects. An example would be writing an integer in binary. “Symbolic computation is concerned with the resolution of mathematical problems using computational methods, but I’m applying it to mathematics itself”, says Pierre Lairez. “It is used, for example, to propose conjectures and, ideally, prove results of theoretical and practical importance”.

Computation to 10,000 figures after the decimal

Symbolic computation is one of the tools of experimental mathematics - the research theme of the SPECFUN team of which the young researcher is a member - and has applications in fields such as combinatorics (the study of collections or combinations of mathematical objects), number theory (which is concerned with the properties of whole numbers) and theoretical physics. Pierre Lairez’s work focuses on computing functions such as the resolution of differential equations (involving a mathematical function and its variations – its derivatives) and integrals (like that of a distance travelled in a given time interval, calculated as the integral of the speed function over time).

“The 10,000 Digits project aims to develop symbolic computation algorithms that make it possible to determine, with great precision - to more than 10,000 digits after the decimal - the value of integrals of complex functions that depend, for example, on several variables or given parameters”, explains Pierre Lairez.

This precision largely exceeds that required by engineers, for example, for concrete calculations. There are already tried-and-tested methods for calculating integrals (the area under a curve describing a function), by calculating the sum of small areas below the curve. This is what engineers use to calculate a distance, for example, from known values of speed at different times. So why the need for such great precision? “The precision of this type of computation, whether for integrals or other objects such as numbers, meets certain theoretical needs”, says Pierre Lairez. This “extraordinary” precision allows mathematicians to extract useful information for showing certain properties of the objects studied.

Results to be used in theoretical physics and optimisation

The originality of the 10,000 digits project lies in the combination of symbolic and numerical aspects of computation, an avenue with potential that is still little explored. It will lead to the development of symbolic computation algorithms and software, meaning considerable implementation work for Pierre Lairez’s team. The project will focus on the study of particular integrals and will explore applications in theoretical physics, for example with Feynman integrals (Nobel prize for physics), which make it possible to model certain phenomena in quantum mechanics.

Other applications - of a theoretical nature - are expected in fields such as optimisation. “In this field, mathematicians seek to find the global maximum of a function, such as a polynomial. We know that by calculating a series of integrals of this function, we can obtain general information that can be used to show the existence of the global maximum and determine its value. The methods developed through the 10,000 digits project will allow us to obtain such results”, says Pierre Lairez.

The ERC grant and the funding of the project (€1.4 million over five years) is not just a personal achievement but is also “a collective achievement”, as the mathematician highlights, having benefited from the support and encouragement of numerous colleagues when setting up the project. “10,000 Digits celebrates the work of the whole team and renews a fairly “old” discipline in the light of new approaches made possible by the performance of today's computers”, says the researcher. No doubt he will need plenty of coffee to solve the challenges posed by his mathematical exploration...

Alin Bostan, Frédéric Chyzak and Pierre Lairez are the three mathematicians in the SPECFUN team (Inria Saclay Centre), supported by half a dozen PhD students and three visiting or emeritus researchers. The team's work focuses on experimental mathematics, in which computations currently carried out by computers are used to explore the properties of mathematical objects, develop conjectures (mathematical results to be proven, for example concerning the relationships and regularities between the objects studied) and prove results which can then be used in other branches of mathematics or scientific fields such as physics.

Find out more about SPECFUN's research