Date:
10 Feb. 2022
Changed on 18/10/2022
An essential tool for research, open source software is an integral part of the culture at Inria. For years the institute has been striving for its deployment, not only in academia, but in industry as well. Time now to take a look at the training, distribution and archiving solutions developed by Inria in support of open source software. 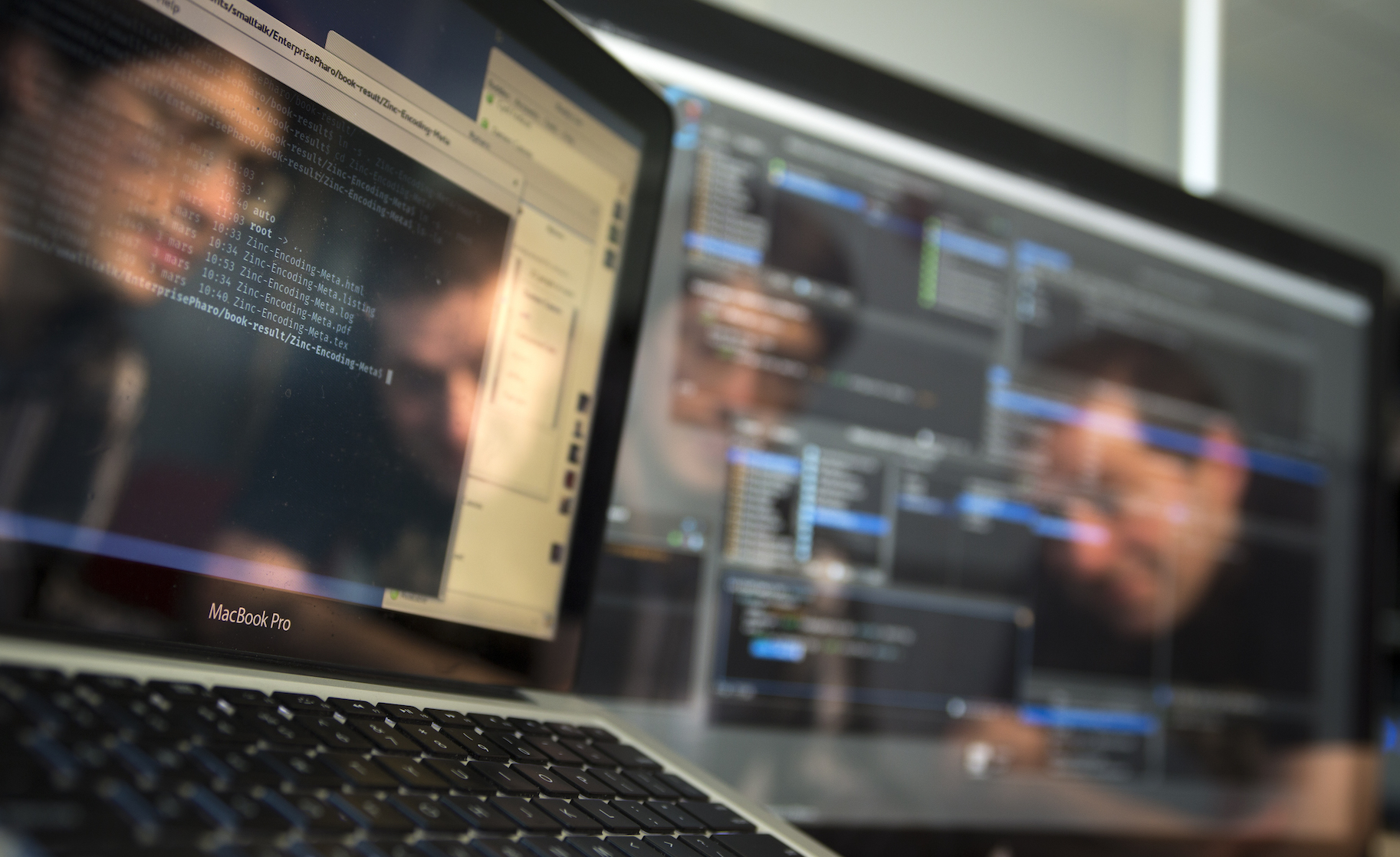 What is open source software?

Open source software is software which users are authorised to use, study, modify or duplicate with a view towards distribution, without any technical or legal impediments.

Unlike proprietary software, its source code is accessible, allowing anyone to consult, copy, redistribute or even modify the software, for whatever purpose.

What are the advantages of open source software?

Accessibility and malleability have been the main factors in open source software becoming so essential in all fields of scientific research: as a tool, as a product and as a research subject. Not only does it promote knowledge sharing between scientists, but it also promotes technology transfer.

What’s more, the transparency of open source software makes it possible to understand exactly how the software operates and what it does, to ensure it does not have any unwanted hidden functions built-in and that the software does not secretly manipulate data. “Open source software is really important to research because it's the only way of knowing if the software is doing what it’s supposed to do”, explains Morane Gruenpeter, software engineer and specialist in metadata at Inria, before going on to add, “without being able to access the code, you can’t be certain that the process behind the software is correct.”

Open source software in research
Listen to the podcast on Interstices

Finally, open source makes it possible for everyone to adapt programs flexibly to their own needs, giving non-software organisations of all sizes and from all sectors the possibility to produce software. In return, these organisations also take part in open source projects shared via platforms such as GitHub, helping to perpetuate the creation and availability of open source software.

Although open source software has continued to grow in popularity over the years, both in research and in the industrial sphere, it hasn’t yet been given the recognition it deserves. This is an issue that has been raised in the world of research, which is calling for greater recognition for software: “Scientists create different types of research products: publications, data and software. Publications get attention because they give credit and recognition to the work of researchers. But there is very little in the way of recognition for software. However, these three research products are all complementary and necessary. There’s a dynamic between these three things”, explains Morane Gruenpeter.

Where does Inria stand in relation to open source software?

Although the issue of recognition for open source software is an international one, it is not a concern for Inria.

The institute has been involved in open source software for a long time, primarily through the creation of different open source programs such as Coq, Eigen, Guix, MMG, OCaml, Pharo, Scikit-Learn and Scilab, some of which were designed in conjunction with partners from the worlds of academia and industry.

In 2017, to support the deployment of some of these programs, which had the technological maturity to go beyond the stage of research tools or academic proofs of concept, Inria launched InriaSoft. This support scheme for open source software is used to create consortia bringing together partners from the industrial sector and laboratories, willing to pool their financial, human and technological resources for the deployment of the software.

Running parallel to this, in 2020 Inria launched Inria Academy, a continuing education initiative, the goal being to support companies seeking to acquire Inria software for their employees or improve their skills in this field. Presented by Inria researchers or engineers who contributed to the development of the software, enable rapid progress in deeptech fields such as geometric calculation (CGAL), this includes courses on proof assistants (Coq), advanced object-oriented programming (Pharo), machine learning (Scikit-learn), multiphysics simulation (SOFA) and the Internet of Things (RIOT).

The institute is also behind Software Heritage, a platform for collecting all publicly available software, using source codes. The aim here is not only to preserve these programs, but also to make it easier to use them in a way that will aid collective intelligence.

“The significance of source code was underestimated for a long time. The majority of users thought executable software and not source code, meaning that some old projects have been lost for good as a result of their source code now being on a machine which no longer exists, in a laboratory which no longer exists. It’s a shame, because they are part of a knowledge base which ought to be preserved”, explains Morane Gruenpeter. “With Software Heritage, we took the decision to invest heavily in existing heritage. It would be unthinkable nowadays not to preserve knowledge. It’s important for humanity to protect this expertise: that way, future generations will have access to it and will be able to use it as a basis for future development”.

Inria teams up with the ANSSI on the Coq software program

Inria announces the creation of Inria Academy, a new continuing education for companies