Date:
10 Jan. 2023
Changed on 18/01/2023
Mathematical modelling constitutes a promissing way for reducing the amount of inter-company debt that is incurred. Five researchers are seeking to explore this innovative field through an exploratory action called “Murene”. Over time, the aim is to reduce the number of bankruptcies by using algorithms which factor in the complexity of economic relations, with help from graph theory.

Launched in September 2022 by Nazim Fatès, research fellow at the Inria Nancy - Grand Est Centre, the aim behind the Murene (Mutualisation et réduction des dettes par netting d’entreprises – Pooling and reducing debt through netting) exploratory action is to tackle the issue of debt incurred by closely-linked economic actors. The goal of this highly innovative research is to develop models and algorithms for reducing the amount of debt incurred by companies, with the overarching ambition of helping to reduce the bankruptcy risks for smaller businesses, including SMEs, VSBs and startups. These companies tend to suffer from insufficient cash flow, which makes them highly dependent on the offsetting of debts and claims and particularly vulnerable to late payments of their invoices. 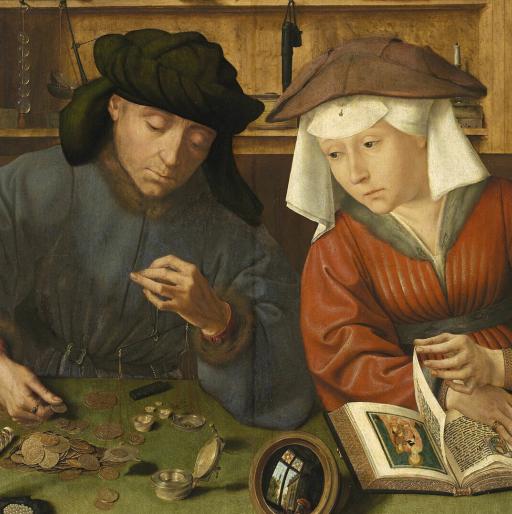 The man behind this exploratory action – Nazim Fatès – joined Inria in 2005, first as a member of the Maia team before joining Mocqua. Since completing his PhD in mathematics and computer science at ENS Lyon in 2004 (after graduating from the École Centrale de Lille), he has focused on the modelling of complex systems such as cellular automata. Such systems, consisting of a large number of components interacting with each other, can be found in biology (e.g. in brain cells) and economics (markets). “Given the large numbers of relationships between them, it can be difficult to predict and calculate their overall dynamics”, explains Nazim Fatès. “Mocqua, a joint undertaking between Inria and Loria, deals with emerging methods and models from fields such as parallel computing and quantum computing, which can be used to model the evolution of such systems.”

However, this exploratory action emerged via an entirely different field. A philosophy enthusiast – he studied the philosophy of science at the Sorbonne – Nazim Fatès then turned his attention to the question of economy. A meeting with Massimo Amato, a professor at Bocconi University in Milan and a specialist in the history of economics and money, inspired him to lay the mathematical foundations for modelling debt relationships between economic stakeholders.

I met Nazim Fatès through a common acquaintance. I was looking for a mathematician/IT specialist to contribute to an increasingly important economic subject: the representation of economic activity as a set of interactions between decentralised stakeholders”, explains Massimo Amato. “The work was interdisciplinary from the outset. The mathematician was open to economic questions, while the economist was open to the requirements for the adequate mathematical representation of economic phenomena. The work we accomplished together was not limited to an exchange of expertise to enable an effective representation of an already known phenomenon, but rather led us to reformulate the economic problem and further develop the mathematical tools. We were able to produce a systematic representation of the financial interactions between stakeholders, with a view not only to optimising financing flows, but also to enabling a systemic interpretation of financial risk. This opens up a range of truly remarkable possibilities from both theoretical and policy perspectives.

The model he developed was based on graph theory: the vertices on the graphs represent companies, while the arcs represent invoices sent out within a particular timeframe. By understanding the dynamics of these graphs and their mathematical properties, the aim is to devise the most effective strategies for reducing levels of debt between stakeholders. This approach, based on models and algorithms that factor in the complexity of economic relations, should in the long-term help to bring stability to the business market in order to prevent chain reactions of bankruptcies and build mutual trust.

But this subject is far removed from Mocqua’s habitual research topics. “I felt that an exploratory action would be the best way to explore these issues”, explains Nazim Fatès. “I submitted my first application in 2020, which wasn’t selected, but Bruno Lévy, director of the Inria Nancy - Grand Est Centre, encouraged me to try again, and the draft I submitted in 2022 was selected.”

As is the case with other exploratory actions, Murene is consistent with Inria’s Objectives and Performance Contract, which aims to provide answers to societal questions based on innovative, interdisciplinary research, while promoting risk-taking in science. The funding provided by Inria has enabled the recruitment of Joannès Guichon, an engineer who graduated from Télécom Nancy in June 2022 and has just joined Mocqua to study for a PhD supervised by Nazim Fatès, and Sylvain Contassot-Vivier, who is a professor at the University of Lorraine and a researcher at Loria.

The aim of this PhD will be to develop algorithmic strategies and an IT tool for reducing the total debt of actors linked by debt obligations. “Think of a group of friends going off on holiday together. One pays the accommodation costs, another covers the shopping, and a third pays for excursions. When it comes to settling the accounts, they'll find a quick way of working out how much each of them owes. And if they don’t want to do the sums themselves, there’ll be an app they can use”, explains the young researcher. “But the more actors you have, the more complicated things become. In practice, our focus is on companies within a given economic region, which means that there are tens of thousands of actors.”

The researchers are also seeking to incorporate an external stakeholder (such as a government, a chamber of commerce or a bank, for example) into the process, which can inject money into the system in order to offset any discrepancies after the debts have been offset. There is no shortage of questions to be explored: where and when should this third party intervene? How much money should they inject in order to maximise their effect? And what criteria should be used to evaluate this effect?

“These questions are far from trivial, and the problems raised are extremely difficult to solve because the aim is to find an optimal solution, which might require a compromise to be struck between the amount of money injected and the effectiveness of the debt cancellation”, explains Nazim Fatès. No algorithm currently has the capacity to solve this type of problem (what scientists call “NP-complete problems”), which leaves the field of investigation extremely open. However, the use of modern supercomputers can help to produce solutions close to optimal in reasonable time.

But Joannès Guichon is certainly not overawed by the difficulty of the task ahead. “I find this subject fascinating. I see IT as a science that supports other scientific fields. It should seek to develop operational solutions and find new ways of looking at major issues”, explains the young PhD student.

We know that debts can be exploited for speculative purposes, but these researchers have their sights set on completely different types of speculations. Both intellectual and scientific, the aim is to solve real-life problems in order to contribute as best they can to the challenges of a real economy.