Modelling complex objects will soon be much easier with Elan

Date:
29 Apr. 2020
Changed on 29/04/2020
How can we model the behaviour of complex objects like a strand of hair or piece of clothing? By getting two separate fields to work together: computer graphics and computational mechanics. This is precisely what the new Elan project team is doing. Their aim was to create applications to be used in cinema as well as in industrial virtual prototyping, or even for developing a more comprehensive understanding of physical phenomena. 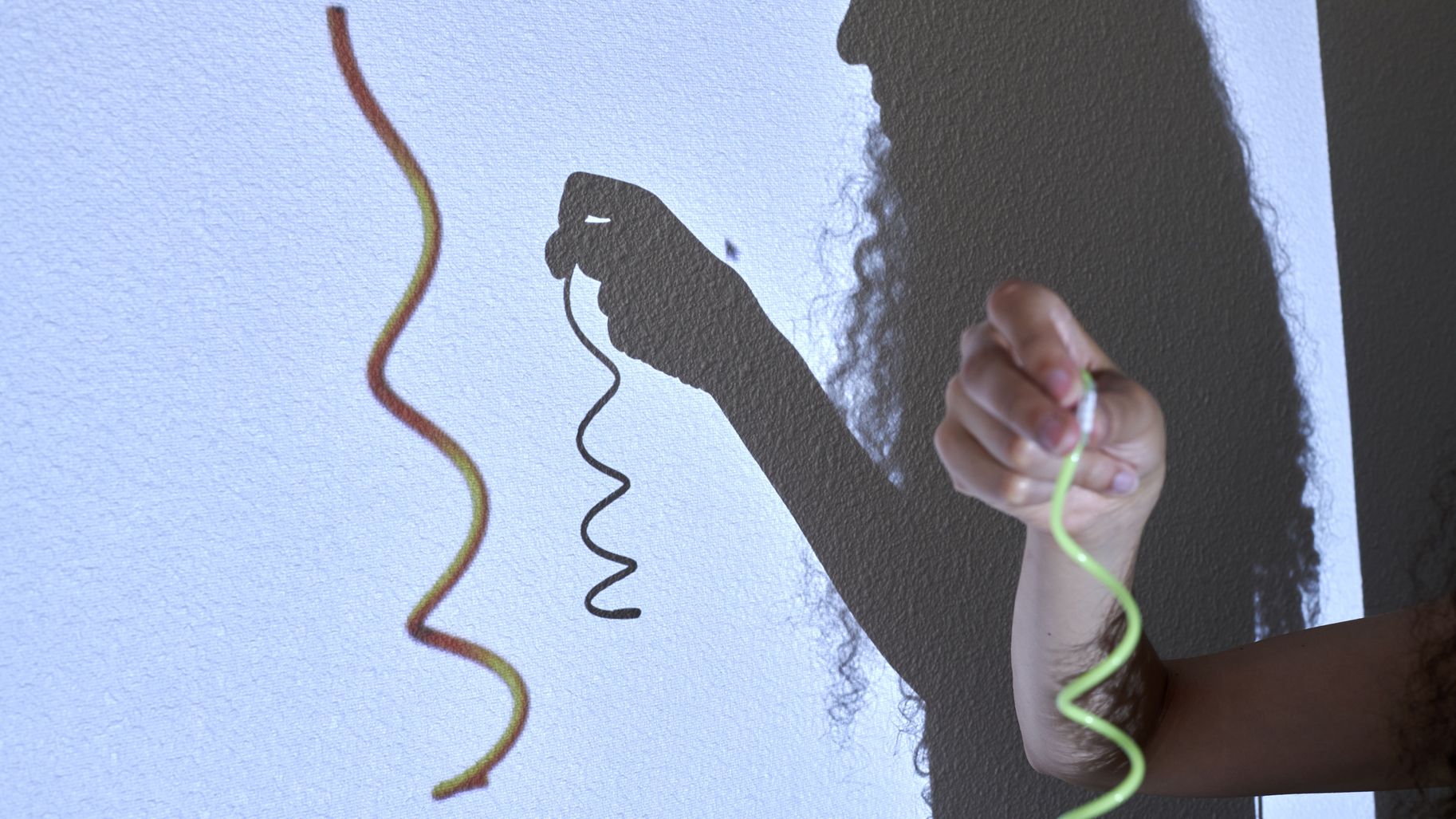 If there’s one thing we can say about the ELAN project team (modELisation de l’Apparence de phénomènes Non-linéaires - Modelling the Appearance of Non-Linear Phenomena), which has been recently set up at Inria Grenoble, it is that it’s original. The team is positioned at a crossroads between two fields that are not used to working with each other: computer graphics and computational mechanics. So how did these two disciplines end up being brought together at Inria? It came about thanks to one of the Institute’s researchers, Florence Bertails-Descoubes:

I have a background in computer graphics, specialising in digital modelling of fine objects, such as strands of hair or items of clothing. “But during my PhD, I was jointly supervised by a physicist and I then worked for 10 years with the BiPop team, which focuses on frictional contact mechanics. There I discovered the way mechanics and numerical analyst communities work and their tools.

She was also able to observe the divergences that separate these two worlds. On the one hand, computer graphics aims to create accurate simulations of integrated, visually rich phenomena, such as an entire garment worn by a moving character, taking into account all the folds in the fabric due to its elasticity and the different frictional contacts. On the other hand, the traditional aim of mechanics is to build real systems that are both stable and reliable, such as buildings or aircraft wings. What is more, in mechanics, experimental confrontation is a vital step in the process of validating models, unlike in computer graphics, where visual criteria are generally enough to confirm how realistic a model is.

But these differences are beginning to fade as mechanical engineers become increasingly interested in instability phenomena, which are very rich sources of dynamic behaviours.

I've noticed new overlaps between the two fields. We also noticed that the simulators we were working on for non-linear dynamic phenomena were not only starting to produce good visual results, but could also be used to make predictions.  This gradually led us to work more with mechanical engineers and physicists.

The Elan project team has been designed to be interdisciplinary and is the fruit of these years of multidisciplinary collaborations. It is made up of six to seven people (interns, PhD students, postdoc students and permanent researchers) from mathematics and computer science backgrounds, plus two experimental physicists. The team works with research physicists, mathematicians and computer scientists on a daily basis, making for a pretty unique combination of staff!

So what are these people working on? They are looking to develop increasingly realistic simulators for more and more complex objects. Specifically, the primary focus of their research concerns modelling slender elastic structures.

Our aim is to develop digital models that are realistic, durable and efficient in terms of calculation time.

This area of research opens up new avenues for virtual prototyping in industry, as seen in the work carried out a few years ago with L’Oréal Research, developing a simulator capable of predicting how hair would behave. 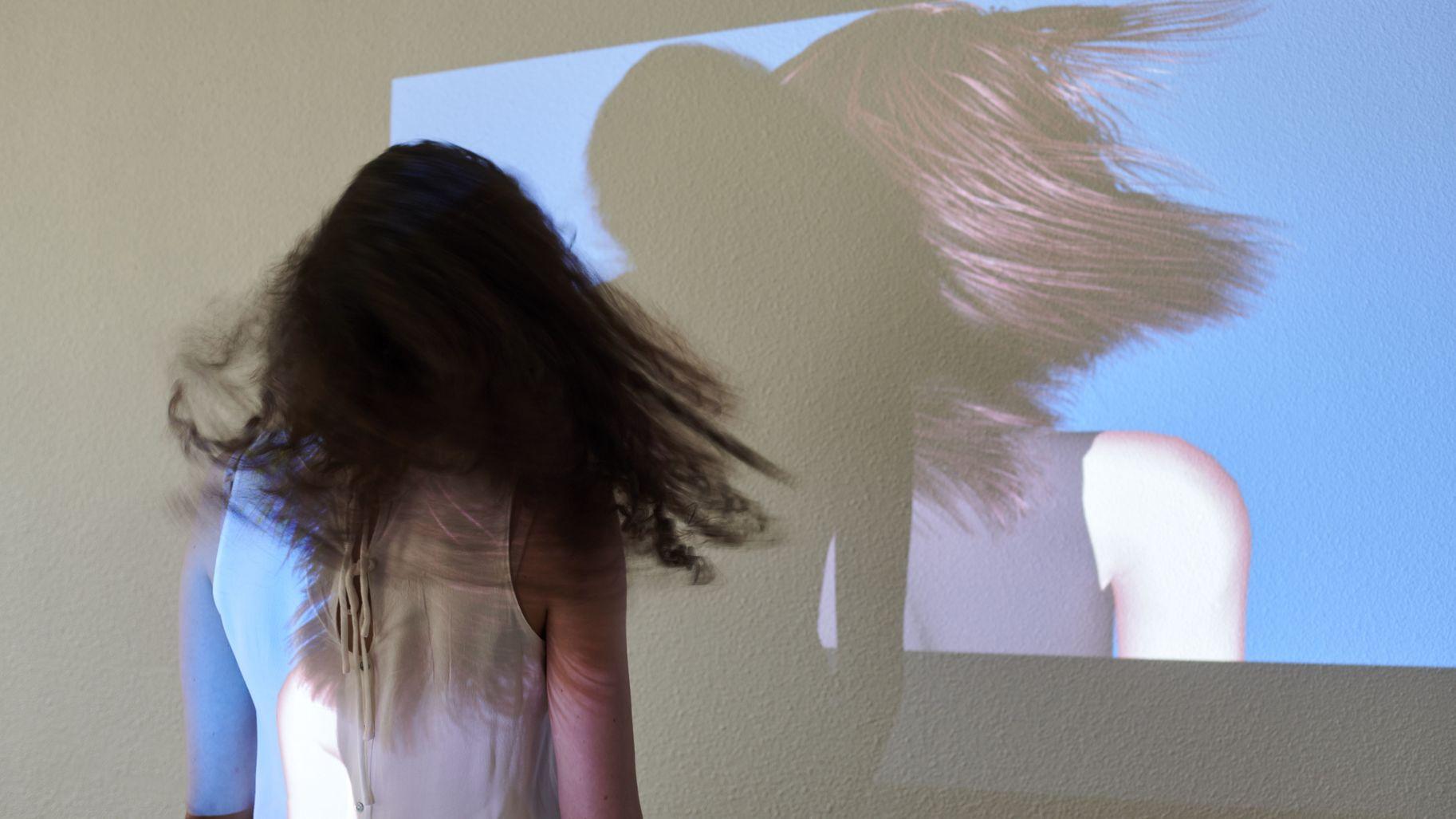 Realistic right down to distortion

The second aspect the team is tackling involves modelling the way these deformable objects interact, with a particular focus on frictional contact. “You need to be able to guarantee, for example, that two objects are not going to merge into each other at a given moment.” In this field, the team has helped improve special effects used in cinema. Gilles Daviet, a former PhD student supervised by Florence Bertails-Descoubes, left to work with the world leader in special effects, Weta Digital, located in New Zealand. While there he applied the frictional contact algorithms developed during his PhD at Inria to simulate, for example, the fur of creatures featured in the film the Hobbit.

But the team hasn’t stopped there. They are now looking to work on fibrous environments and modelling the effects of cohesion in granular environments.

This could be used, for example, in computer graphics to simulate increasingly complex phenomena, such as wet sand or powdery materials, but it could also be used in physics, where research into cohesion phenomena in granular environments is really taking off.

The last research field in which Elan operates concerns inverse modelling. Instead of resorting to trial and error when entering parameters into a simulator in the hope of arriving at a simulation that reflects a desired final state as accurately as possible, inverse modelling begins with the final state in order to automatically identify the parameters through which it might be obtained via simulation.

A graphic designer might start, for example, by creating a scene and drawing clothes on a character. The idea is for the simulator to be able to automatically find the parameters of the clothing (their natural shape, parameters for the material, frictional coefficients etc.) corresponding to their position in this final state, taking into account gravity, contact and internal forces. This makes it possible to guide the simulation more intuitively, using the desired final shapes.

This could also be of use in mechanics, given that it makes it possible to calculate parameters just by observing a geometric shape.

Nowadays, if you want to measure a fabric’s elasticity, you generally need to stretch it, which could potentially damage it. But if we manage to capture the geometry of complex shapes accurately enough to obtain mechanical information, we can then characterise the object in a way that is non-invasive.

Many of the team members are currently working on this subject thanks to a grant from the European Research Council, awarded to Florence Bertails-Descoubes for 2015-2021. This time, they are aiming to contribute to more basic research: digital modelling could be used in conjunction with physical sciences in order to validate models or help establish new ones, compensating for experimental limits. “This could eventually be applied to the growth of plants or to the dynamics of sand dunes”, adds Florence Bertails-Descoubes.

For research purposes, Elan employs the use of the Inria platform Kinovis, a virtual reality room where users can record objects in 4D. The subject entails theoretical research, but also simulations, experiments, optimisation and learning - more than enough to be getting on with!

Being able to bring all these skills together is one of Florence Bertails-Descoubes’s greatest strengths, and the researcher has taken on the bold task of organising the first physics-graphics workshop on 24 and 25 October. The event will involve two-person presentations carried out by a physicist and a computer scientist on a common theme.

We are starting to see reciprocal curiosity between these two disciplines, making this the perfect time to organise such an event”, explains the researcher. This curiosity is evident: tickets to the event sold out just a few days! As was the case with the creation of our project team, we now see our collaborative work coming to fruition as we also start a new adventure!