Date:
29 Nov. 2019
Changed on 27/07/2022
A pioneer of Darwinism-inspired algorithms in France and a proponent of interdisciplinary research, researcher Marc Schoenauer is now a leading figure in the field of artificial intelligence. With AI leading to an abundance of innovations, the researcher is keen to stress the importance of ethics and argues in favour of considering possible risks linked to it at a time when we still don’t know exactly what sort of impact AI might have. 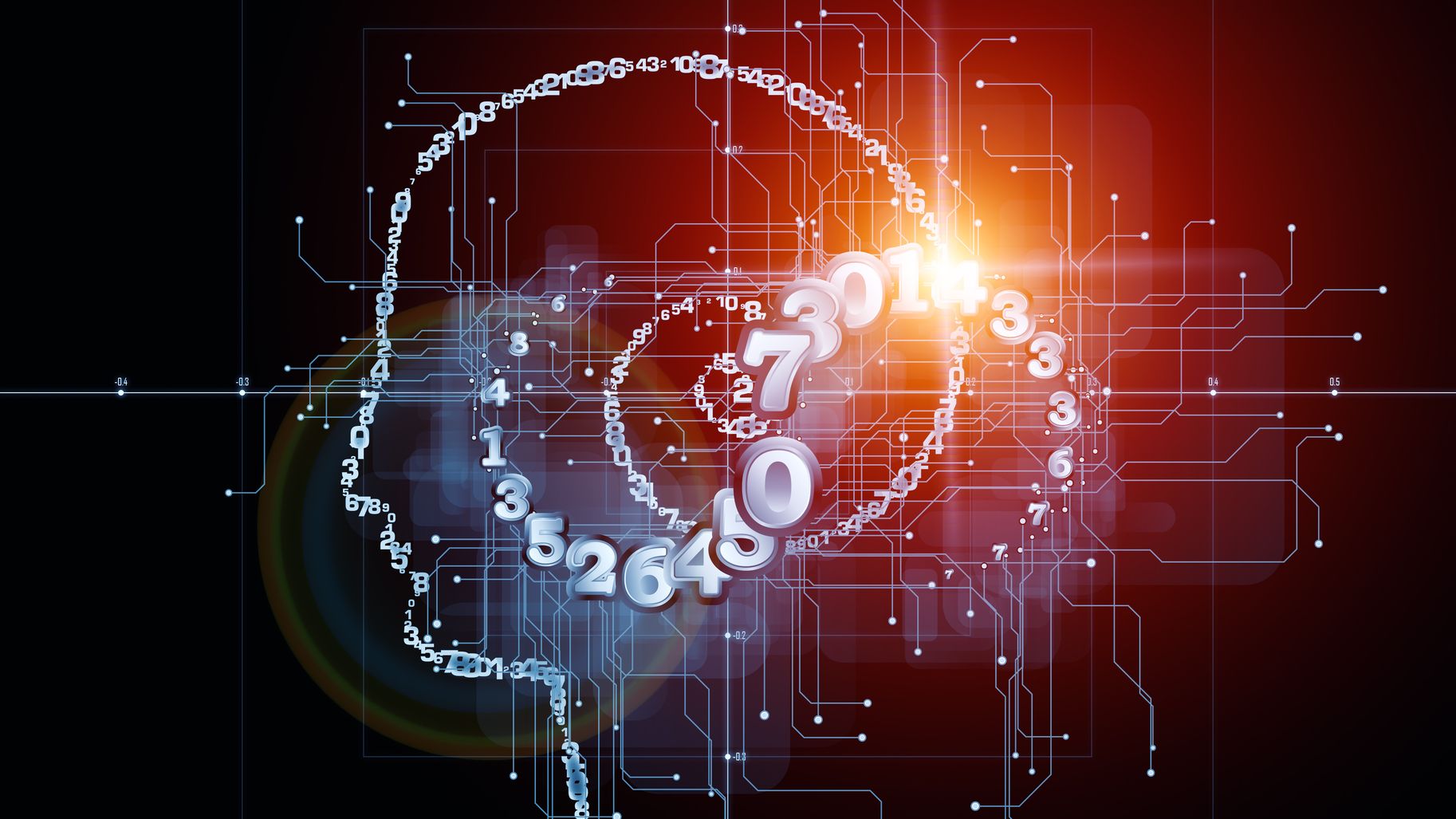 Whether it’s in the early detection of tumours, optimising online adverts or recommending a film for you to watch tonight, artificial intelligence (AI) is everywhere. From mobile phones to the largest supercomputers in the world, algorithms play an essential role in our society and are being developed at breakneck speed. And yet, AI is so impalpable, that we are inclined to ask what it actually is. When defining it, Inria director of research Marc Schoenauer likes to quote one of the pioneers in the field, the researcher Jean-Louis Laurière:

Artificial intelligence means being able to get computers to perform tasks they weren’t  previously capable of doing, with the understanding that, once a task has been successfully completed, it’s no longer AI, but simply programming. 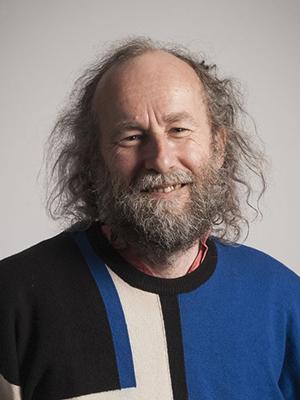 Marc Schoenauer came to the world of research via applied mathematics. While working at the CNRS, he gradually moved towards artificial intelligence, without ever having studied a course on the subject at university: “I went from applied mathematics to AI, looking to solve problems surrounding optimisation”,  recalls the researcher.

In the late 1980s, a turning point in his career came when he encountered evolutionary algorithms, a method of optimisation inspired by Darwinian evolution. In practice, researchers consider a set of possible solutions to a given optimisation problem, solutions which are initially chosen at random.

They then subject these solutions to transformations similar to cross-breeding or mutations in biology, taking shape in the form of random modifications (mutations) or the development of a third solution based on two others (cross-breeding). Solutions are then selected in a way that mimics natural selection: those best able to tackle the initial problem are retained, with the others disappearing. These steps are repeated scores or hundreds of times on new “generations” of solutions. The researcher explains:

I’m caricaturing slightly, but what attracted me to evolutionary algorithms is that they seemed to work really well without any theoretical foundation.

This innovative approach to optimisation, at the time relatively undeveloped in France, made Marc Schoenauer a pioneer in his homeland -  an approach that can be applied to a wide range of problems, offering possible solutions. The researcher, who describes himself as an opportunist when it comes to selecting applications, focused for a long time on formal optimisation, with projects as surprising as designing a chair alongside Philippe Morel.

His research has also focused on planning optimisation for air traffic control, hydrocarbon exploration in geophysics and, most recently, energy. He has helped spread the message of this method as president of the Special Interest Group on Genetic and Evolutionary Computation (Sigevo) launched by the ACM (the Association for Computing Machinery), which supports research and innovation in IT.

Proud to have made the switch from applied mathematics to IT, Marc Schoenauer began a new chapter in his career when he joined Inria in 2001. With multidisciplinarity encouraged, two years later he would go on to create the TAO project team (Thèmes, apprentissages et optimisation - Themes, Learning and Optimisation) with Michèle Sebag, specialising in another facet of AI, machine learning. The team changed name in 2018, becoming TAU (TAckling the Underspecified), but remained within the IT Research Laboratory.

Boosted by new developments in AI and the rise of new societal challenges, the TAU team focused, on an application level, on two major themes: energy (see text box) and the humanities, led by the researchers Michèle Sebag, Paola Tubaro and Philippe Caillou. The application fields in digital humanities include human resources, with CVs linked to job offers, ties between health and diet or the relationship between a company’s financial health and the well-being of its employees.

Ethics - vital to ambitions both in France and across Europe

Although learning through deep neural networks is currently dominating the international scene, it’s a wise person who would be able to predict which method of artificial intelligence will be used tomorrow. Lurking behind AI, sizeable economic issues stimulate its development in France and in Europe, but one preoccupation is of utmost importance on our continent: ethics. Faced with AI giants from the USA and China, Europe hopes to plot a different course, and to stand out by doing so. “In our research, we can’t start from the principle that our algorithms are neutral and that what happens next will depend on what people do with them”, explains the researcher.

We need to ask questions about the presence of bias and the potential for harmful use. Are we now capable of giving guarantees? Or might we be able to slightly modify our algorithms, not only to make them more efficient, but also fairer and more transparent? It’s all about increasing our level of vigilance.

Some applications using personal data are more sensitive than others, such as those analysing health data, for example, or CVs.

President of the French Artificial Intelligence Association (AFIA) between 2002 and 2004, Marc Schoenauer then believed in the need to unify scientific communities around the subject of AI in order to develop more influence and visibility in France and in Europe. This position helped him to understand that, beyond research, AI is linked to significant political issues. Almost fifteen years later, he was one of the academic advisors for the Villani Report published in 2018 and the resulting national strategy AI for Humanity: “There has been a lot of activity ever since the report was published, with the introduction of 3IA institutes and chairs for training in AI and the Jean Zay supercomputer at the Idris national computing centre”, says the researcher, pleased with the progress made.  In this context, Inria has been tasked with overseeing the setting up of the 3IA network and strengthening the French ecosystem for research into artificial intelligence. There remain some sizeable challenges, however, as the researcher explains:

The report recommended that sector-specific platforms be set up. With regard to mobility, for example, it would benefit a lot of private stakeholders if they could share their data, in order to compete with their American or Japanese rivals. It is often said that data is the petrol of AI, but, unfortunately, everyone wants to keep their own!

Taking risks in research and innovation

Inria’s strength lies in the diversity of the AI capabilities of its teams, with world-renowned specialists in learning and experts in audio and video signal processing.

The future of AI will also rest on the work of young researchers further down the line. Although competition is fierce, with the GAFAM offering almost unlimited computing resources, the world of academia isn't done yet: “At Inria, we believe in the freedom of research, of the possibility of changing subject and focusing more on ethics than on a programme”, explains the researcher. In keeping with this, Inria offers exploratory initiatives, enabling scientists to work on their ideas for two years so as to be able to test them out. Let’s leave the last word to Marc Schoenauer:

This freedom gives us the opportunity to take risks and to launch innovative projects, without any guarantee of success, but which could open up a range of possibilities should they prove successful.

Marc Schoenauer has been a director of research at Inria since 2001. A graduate of the École Normale Supérieure, he began his career at the CNRS, at the Centre for Applied Mathematics at the École Polytechnique. Since the late 1980s, his work has been focused on artificial intelligence, at the junction between “stochastic” optimisation (using families of random variables) and machine learning. In 2003 he created the TAO team with Michèle Sebag, a joint undertaking involving Inria, the CNRS and the University of Paris-Sud. He has also been on the editorial board for a range of scientific journals, co-authoring a hundred or so articles. A research advisor for the Villani report, he is currently working on implementing the AI strategy in France and across Europe.

In the TAU team, the work carried out by researchers Isabelle Guyon and Marc Schoenauer focuses on the optimisation of electricity distribution on power grids, a theme initially launched by Olivier Teytaud, who now works for Facebook AI Research. These are highly regulated systems that must be capable of meeting varying electricity demands on the part of consumers.

What’s more, the unpredictable nature of renewable energy, owing to its dependence on meteorological conditions, further complicates use of these networks. The result? It is up to human operators to take action in order to ensure that they are working properly. The researchers’ aim is to develop tools for assisting operators, helping them stay safe while cutting costs. Developed using historical data, operational AI then suggests corrective actions in real-time so as to ensure that the power circulating in each line doesn't exceed the given limits (no electrical surges) and that the distribution of power within the network is as even as possible.