Date:
24 Jun. 2013
Changed on 19/05/2021
In its first year, the Queen Elizabeth Prize for Engineering has rewarded five major contributors to the creation of the Internet and Web. Louis Pouzin, a graduate of the Ecole Polytechnique and French IT engineer, was among the winners. He is the man behind packet switching (datagram), and his team built Cyclades – the first network working on the principles of the Internet – at IRIA (the forerunner of Inria) in 1973. He accepted the prize from Queen Elizabeth II herself on 25 June 2013.

What Internet contributions does this prize recognise?

The prize recognises a wide variety of innovations which have, together, made the Internet and Web what they are today. Firstly, the packet switching data transfer system that we implemented in the Cyclades network in 1973 was a reliable means of communication, despite the fact that the network itself was not (see box). This system was then used by Robert Kahn and Vinton Cerf to create the TCP/IP protocol underpinning the Internet to this day. The Web was invented some fifteen years later at Cern in Geneva by Tim Berners-Lee and Robert Cailliau (who was overlooked in the prize-giving). These researchers invented the HTML language which enabled the formatting of scientific data for use in various laboratories. Finally, Marc Andreessen, a student at the University of Illinois, then programmed the first browser, Mosaïc, which brought the Internet into existence and made it accessible to non-IT experts.  It was at this point that technology became credible.

Why did the Internet not take off immediately?

It was inconceivable for the telecommunications engineers of the time to communicate without first establishing a channel. In 1976, European and American telephone operators agreed on X.25, a means of transmitting data packets which consisted of sending packets in a single file on virtual circuits. This much more complicated and insufficiently reliable option was a roadblock to the adoption of the Internet for around ten years in Europe. In France, the policy change by Valéry Giscard d’Estaing's government which supported Honeywell Bull to the detriment of the CII, and the PTT (French public administration of postal services and telecommunications) monopoly resulted in dwindling financing for network research. We nonetheless continued to develop local networks, distributed databases, office automation, etc. behind closed doors for several years  The Cyclades team was then completely dismantled and Iria was reborn to form what is known today as Inria. It was the objective of the Plan Calcul (a French governmental programme aimed at promoting a national computer manufacturing industry and associated research activities) launched by General de Gaulle in 1966 in order to develop IT in France.

How did the Internet eventually find its way?

There were also economic issues at play, as the material necessary to build the Internet is not the same as for telephony. The Internet's development was patchy. However the new-generation engineers and a multitude of small businesses and start ups in the USA were conducive to development. Local (Ethernet) networks were then created with a new range of equipment: mini computers. The USA, thus took on a lead role. During the 1980s, manufacturers such as IBM and ATT tracked and created a new faster version of Arpanet with financing from the American NSF agency. The industrial and commercial sectors took an interest in the Internet and the general public in the web. The Internet became the obvious solution for computer-based communication.

You retired in 1993 and have now taken an interest in Internet governance.

More and more countries are dissatisfied with the Internet governance carried out by Icann, the American corporation with de facto control over Internet standards, address distribution, domain names, etc. This monopoly, though not justified from a technical standpoint, makes it a formidable power. Financial-speaking first and foremost, as the cost of a new domain name amounts to $50,000 per year after the registration fee ($185,000). It also holds economic and political power with the potential to spy and control the information flow on the web, with the FBI able to block trade, business or information exchanges.

For these reasons, I campaign in international forums for countries to acquire autonomy and power over their individual Internet networks. I created the Eurolinc association and the NLIC consortium to promote native languages in the network. When Icann opened up the range of possible top-level domain names in 2008 (.org, .com, etc.), I created Open-Root, which sells domain names. The company is based on a different economic model to that of Icann: the domain name is purchased once and for all for a small fee (200 euros for an association and up to 10,000 for a company) in exchange for which, we keep the address directory and the name servers (which replace the domain name with an IP address). The proliferation of such companies will rattle the USA's monopoly over the Internet.

What are your thoughts on the development of the Internet?

TCP/IP, the Internet's fundamental technical platform, must be revamped in order to efficiently manage increasing numbers of connections, ensure the security of online exchanges and better incorporate mobility. Some prototypes exist – an alternative protocol has been developed by the University of Boston for instance – but the Internet environment is maintaining the status quo. The revolution that will arise from a less centralised Internet model with more suitable technical control will once again be triggered by a new generation of engineers and a change in the economic paradigm. It will take another 10 to 15 years to progressively move away from the current system.

"The networks put in place by telephone operators needed improvements in order to lower costs and enable them to transfer large files. Telephone operators developed a system identical to that used for the telephone: opening a virtual line in which data packets were channelled in order. This raised a number of reliability issues and was very expensive. I introduced a technique to make the packets independent of one another: they are sent with an address and they manage to find their way in the network. The principle – the datagram – was initially thought up in the last years of the 1960s by an American engineer in order to safeguard telephone links in the event of war, but was never implemented. It was simple, had the potential for development and was independent of network reliability. It was necessary to introduce rules to govern exchanges (if a packet got lost, it would be sent again, for instance). We built the Cyclades network on this principle. The official demonstration took place in 1973 and two years later, 25 computers were linked in France, London and Rome." 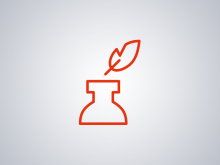