Date :
25 Nov. 2019
Changed on 25/03/2020
Monday 28th October marked the beginning of a new edition of the Rendez-vous des Jeunes Mathématiciennes et Informaticiennes event, organised at the Inria centre in Paris by the associations Animath and Femmes et Mathématiques. Over two days, it was our pleasure and privilege to welcome the 20 female school pupils from across France whose applications had been successful, and to share with them the very essence of Inria: scientific research. Let’s take a look back at those two days.

Monday 28th October 2019, 9am The twenty girls began by taking it in turns to introduce themselves. Amid the usual generic stuff, the introductions became more personal once the girls began talking about their interests and their passion for science. Everyone was keen to know what had motivated them to get up on a Monday morning during the holidays for two days of immersive seminars on maths and computer science at a national research institute.

I want to learn more than what I’m able to at school. I’m keen to find out more about the world of research; I don't think I understand it very well yet

The goal of these two days was therefore not only to teach, but to provide an introduction to scientific research. First on the agenda: a workshop on stereotypes in science.

Science has no gender, but gendered and even sexist representations still persist

argued one girl during a discussion on the representation of women in science. The issue of equal opportunities in maths and computer science was also raised during this workshop, with our young mathematicians emphasising some home truths that are all too often forgotten, buried beneath years of conservative views: it's time to stress the importance of women in mathematics.

Girls are more likely to put themselves down than boys, but our success has nothing to do with our gender

Gender stereotypes in science have a substantial impact on the world of work, affecting performance levels and leading to self-censorship of women in mathematics.

argued another girl, her words sad but true.

Over the course of the two-day event, our young mathematicians and IT enthusiasts also attended conferences held by renowned researchers, followed up by various activities on scientific themes:

This edition of the RJM event ended with our young mathematicians giving a presentation of the results of their group work. Over the course of the two days, the girls had been working in groups of five on open mathematical problems with their roots in research work. With no complete solution known to these problems, this activity put the participants in the role of researchers and was a real highlight of the event, giving the girls their first real taste of the world of research. They then presented their work to the rest of the participants, giving them an indication of the work carried out by researchers on a daily basis: sharing their expertise with the world in order to help science and society to progress. It is up to them now to pick up the baton and to pursue their ambitions.

We would like to thank these girls for their passion for mathematics and IT and for providing the world of science with such brilliant minds. We already can’t wait for the next RJM event, which we're sure will be just as full of scientific discoveries and life-changing moments. 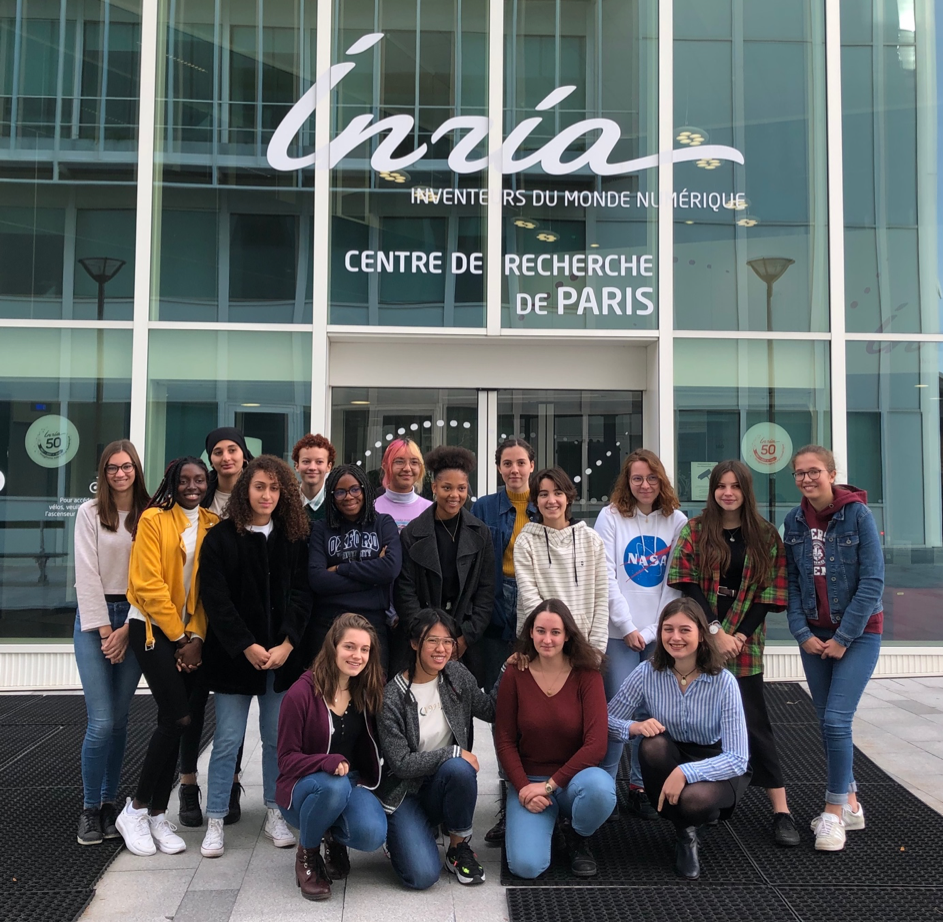