Launch of the programme “1 scientist - 1 class: No problem!”

Date:
09 Dec. 2019
Changed on 18/02/2020
For 2020, Inria and its partners have set themselves the target of ensuring that all classes of 5th-year pupils in France are visited by a researcher specialising in digital technology. The pilot phase of the national programme “1 scientist - 1 class: No problem!” is set to get underway. 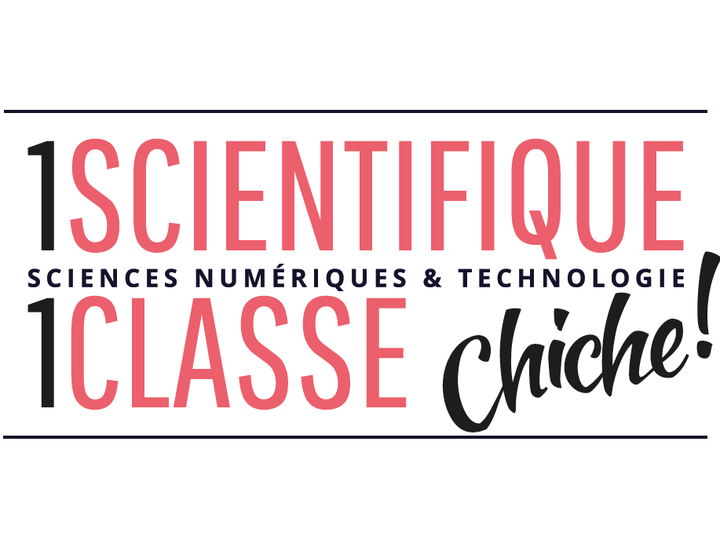 Whether it's making phone calls, recording videos, searching for information, buying train tickets, etc, there’s a seemingly endless list of things that we can do with our mobile phones. The fact that it is now possible to do all of these things using just one device is thanks to the development of digital science and associated technology. However, although we use digital devices every day, our knowledge of how they work is often limited. Could education be the solution to this? That’s certainly what Inria is thinking, with the institute planning to begin with all classes of fifth-year pupils across France - a total of 560,000 pupils.

Launched at the beginning of the school year in 2019, the aim of a new course entitled “digital science and technology” is to help nearly 560,000 fifth year pupils in France to develop a better understanding of basic concepts in digital science. Using a technological object such as a mobile phone as a starting point, it is hoped that the course will help pupils understand the influence of this field and the associated challenges.

The arrival of this new subject paves the way for a wide-ranging project: “1 scientist - 1 class: Chiche” The aim of this initiative is to put secondary school pupils in contact with researchers in order to learn about digital technology. A significant number of volunteer researchers from Inria and partner universities will be encouraging pupils to develop a taste for science and digital technology by introducing them to their research. The pilot phase of the programme, which will run until June 2020, was launched at the Salon de l’Éducation, with a memorandum of understanding signed by Jean-Michel Blanquer, Minister for National Education and Youth, and Bruno Sportisse, Inria CEO, who shared his thoughts: “Getting young people interested in science and digital technology, while raising their awareness of the key issues, is an exciting challenge: Inria is making a commitment not only to mobilising its internal resources, but most importantly to driving forward the scientific community in the digital sector and all partners in order to ensure that this ambitious project is a success”.

The initiative, which is being led by Inria and the Ministry of National Education and Youth, is supported by a range of partners, including La Fondation Blaise Pascal, the CNRS, the French IT Society, the Conference of the Directors of French Engineering Schools (CDFES), the French Society for Applied and Industrial Mathematics (SAIM), the Inria Foundation and the association Class’Code, under the aegis of the Ministry of National Education, the Ministry of Higher Education, Research and Innovation and the Secretary of State for Digital Affairs.

Since the 2000s, Inria has set up a number of initiatives, including the online science popularisation journal Interstices (created in 2004), the blog Binaire and the website pixees.fr. “One scientist, one class” is the logical next step, following on from a set of scientific outreach initiatives targeted at young people. Indeed, Inria researchers were involved in putting together the IT and digital science course made available to Terminale S pupils (upper sixth students studying science) in 2012. The project Class’Code, which was created in 2015 with the goal of helping to train education professionals through the ICN MOOC (launched in February 2017) had attracted more than 20,000 participants by the end of 2018.