"Lab IA": Inria at the service of the State for its digital transformation

Date:
03 May. 2021
Changed on 04/05/2021
The State’s public services have to convert to using digital technology... But to do so, they need tools adapted to their needs. This is the objective of AI Lab, which aims to introduce data science and artificial intelligence into administrative organisations to offer new work possibilities for employees and new functionalities for users. 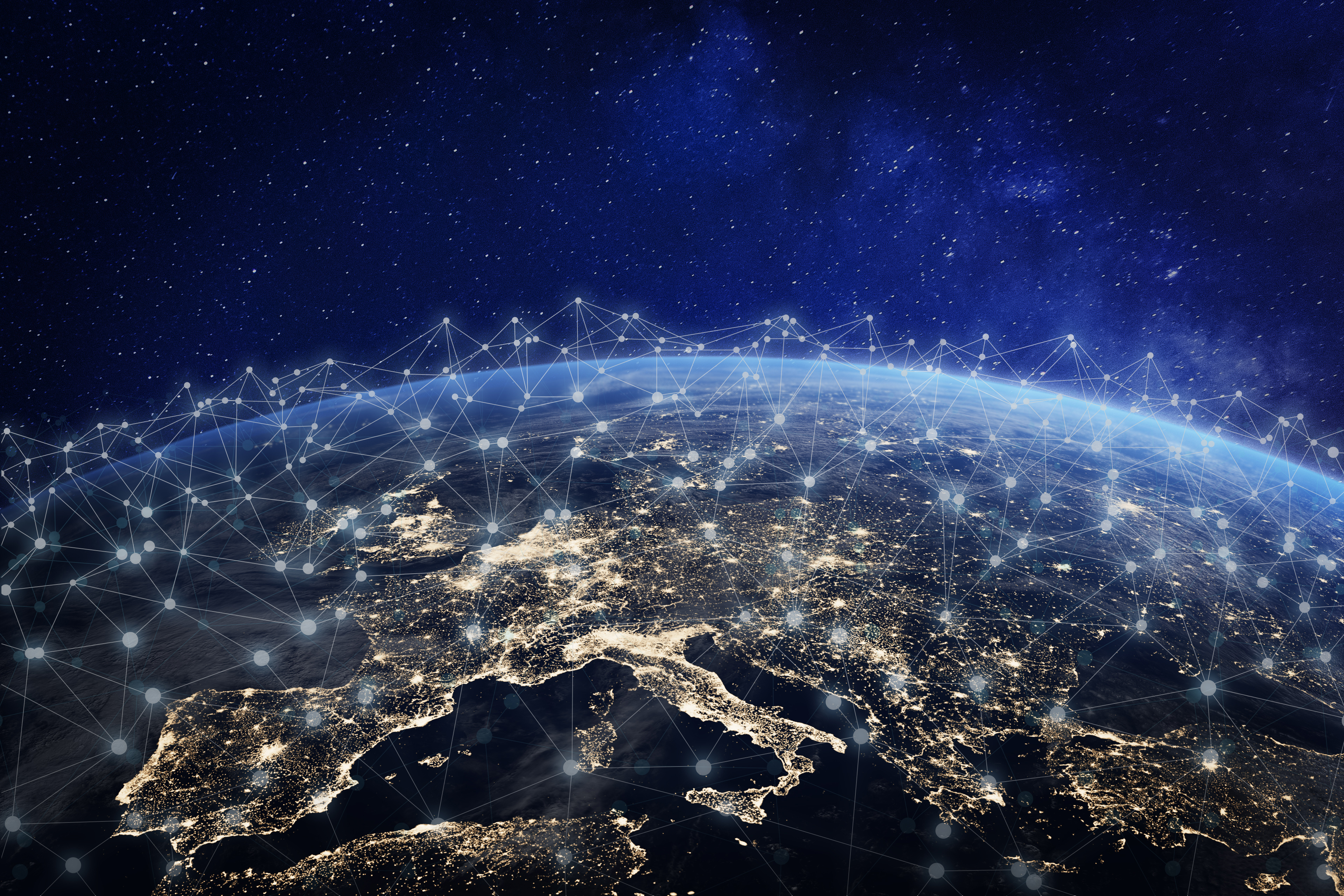 Research is an essential ally in the digital transition of administrative organisations.

Support French administrative organisations in their digital transition and modernisation through artificial intelligence. This is one of the objectives of Dinum (Interministerial Department for Digital Technology). To achieve this aim, Dinum launched an initial call for expressions of interest (EOI) in 2018 that targeted administrative organisations, whether centralised or not.

The idea was to finance the implementation of digital or artificial intelligence tools to meet a specific need. The problem was that certain needs required significant scientific research and therefore could not be met by solutions that were already available on the market. The solution was to involve Inria to bring in additional research expertise.

This was how the Lab IA was born in early 2019. “The scheme is in fact a group of people pooling their efforts to establish the use of AI at different levels in order to facilitate the lives of citizens and public service employees,” says Ioana Manolescu, Scientific Director of the AI Lab.

In concrete terms, Inria takes part in the selection of applications submitted during the EOI, alongside Dinum and the Interministerial Department for the Transformation of Public Action (DITP). In their applications, the administrative organisations give a detailed description of the data they posses, what they would like to do with it and the expected impact. “Our primary criterion is the feasibility of the project because the funding, approximately €100,000 per application, is only allocated for a year, which is very short for research,” says Ioana Manolescu. “Of course, we take into account the interest of the project and the fact it will provide an additional solution to those already on the market”.

Throughout the process, the Scientific Director of the AI Lab bears in mind which Inria teams could meet certain needs. “I joined the Institute in 1997 during my first-year Master’s internship... and I’ve been there ever since. So I know the structure well!” she says. “For several years, I was also a member of the Inria Evaluation Committee, which contributes to the evaluation of researchers and teams. This provides an overall vision of the Institute’s activities and research topics.” Using the annual activity reports of Inria’s 200 teams as reference material, Ioana Manolescu makes sure she stays up to date.

Robin Reynaud, Project Manager of the AI Lab at Dinum who works closely with Ioana Manolescu, recently made a cartographic schema of all the Inria teams that offers an accurate and up-to-date representation of their research topics. It is an invaluable tool for connecting teams to the administrative organisations’ requests. “Through the AI Lab projects, we connect Inria researchers with data scientists from administrative bodies to allow the latter to benefit from innovative techniques at the very forefront of their fields.”

The objective: an open source proof of concept

“When we choose the applications, we rank them by level of technological maturity,” explains Ioana Manolescu. “Those that are well advanced are contracted out to companies. Those that require research come to Inria”. Out of the 15 projects chosen in 2019, four of them (three of which are still going: see boxes) resulted in a partnership agreement with Inria: Dinum finances the employment of a post-doc or engineer working in an Inria team to meet the needs of the project owner. “Inria provides 20% of my work time, 50% of that of my colleague Oana Balalau and the time of the researchers who supervise the newcomer during the project”, says Ioana Manolescu.

The long-term aim of this year of collaboration is to obtain a proof of concept. The administrative organisation is then free to move on to industrial production in-house or through private companies... or to submit a new EOI to develop the subject further. “It is important that everything created within the framework of the Lab AI is opensource and therefore reusable by anyone,” the scientific director says. “In this way, we produce technological building blocks that can then be used by other administrative bodies or for other applications”.

At the same time, Inria sets up internship agreements with administrative organisations for less demanding projects, or those that are further upstream in the research process and whose needs have to be further refined before starting an EOI application. Oana Balalau is supervising three internships due to begin in the second quarter of 2021. “The AI Lab is to everyone’s advantage: Dinum and the administrative bodies of course, but also for Inria researchers who can work on real data and obtain high-impact results,” says Ioana Manolescu. The EOI could not take place in 2020 due to the health crisis, but it will be held again this year with, let’s hope, at least as many interesting projects as in 2019!

Discover the projects led by the Lab AI 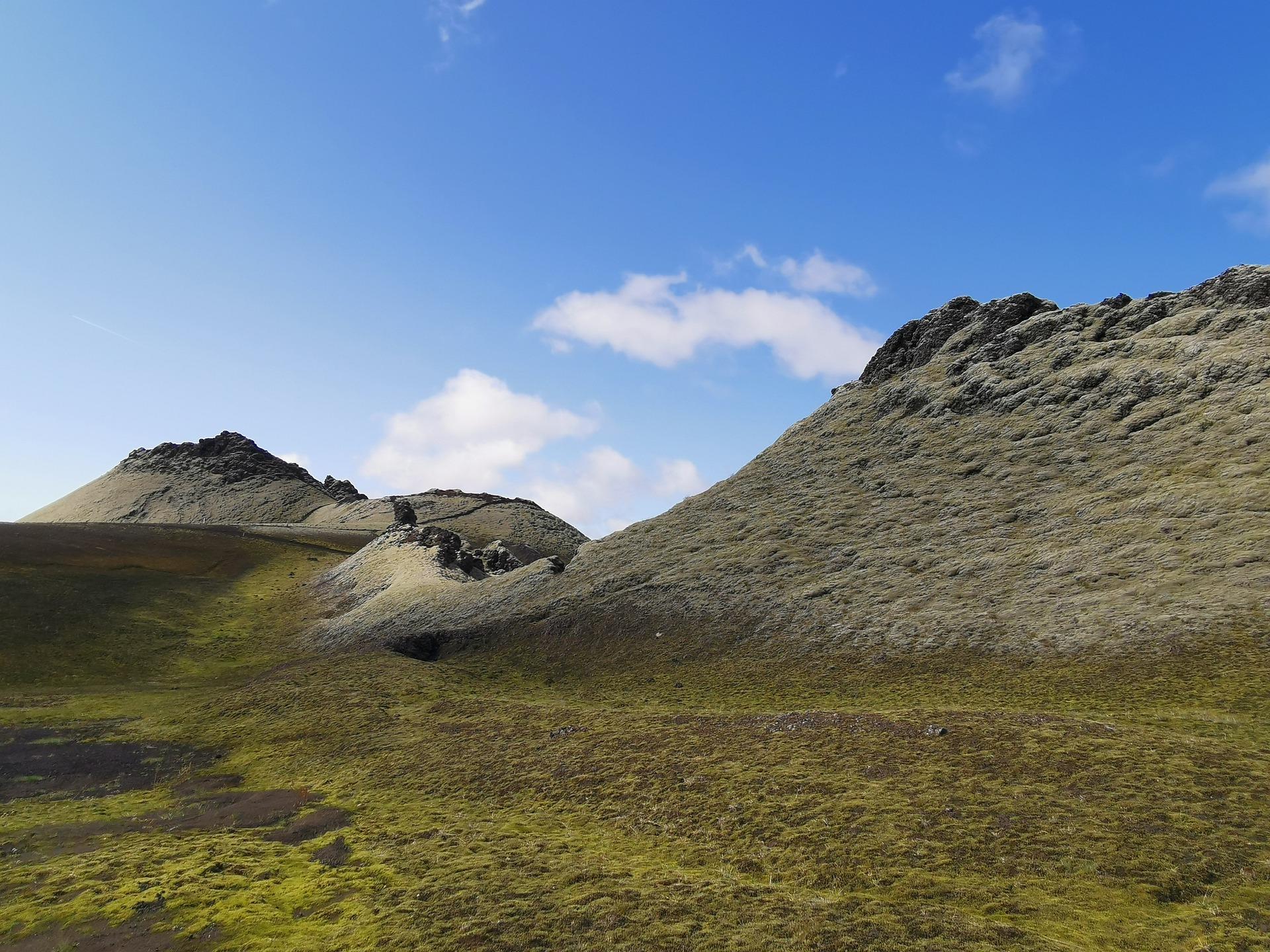 In partnership with IGN

The National Institute of Geographic and Forestry Information - IGN - is a reference institute at the international level that produces geographic information of excellent quality," says Ioana Manolescu. It is also responsible for building a worldwide reference system for the position of the earth's crust. "To do this, the IGN has sensors, located all over the planet in strategic places, which detect the movements of its surface.

"These sensors make it possible to obtain a time series with data received over tens of years," explains Ioana Manolescu. The difficulty is to be able to interpret these data correctly, i.e. to exclude anomalies. These can be caused by earthquakes, changes in sensors... or a cow hitting one of them. The project led by the Zenith team, from Inria Sophia Antipolis - Méditerranée, aims to use AI to identify these anomalies and clean up the data series in order to correctly interpret the sensor signals... and therefore the movements of the earth's crust. 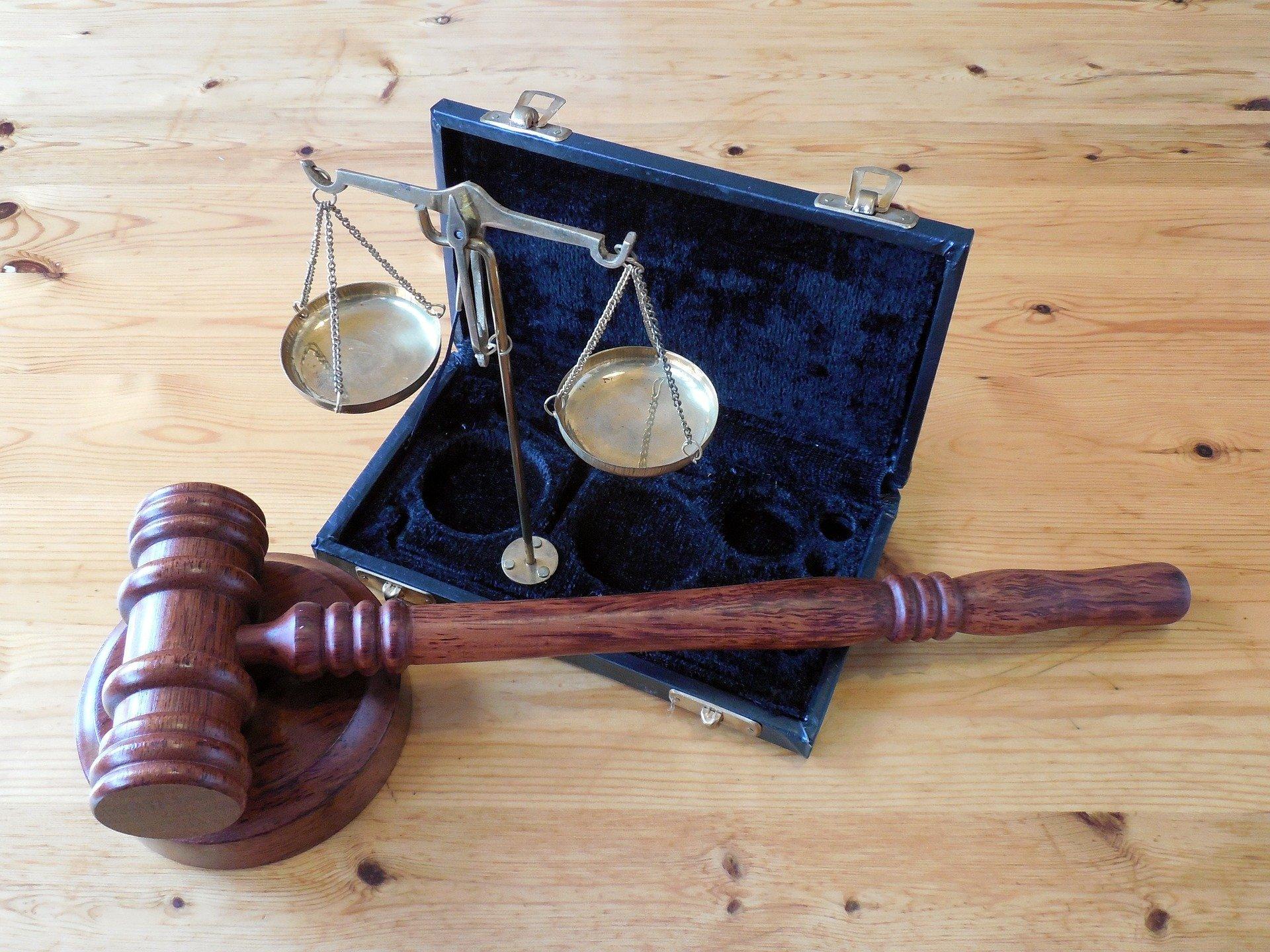 Let justice be the same for all

In France, there are six chambers of the Court of Cassation, each of which renders judgments. Regularly, the magistrates of the different chambers meet to identify and remedy divergences in case law, in order to ensure that the law is the same for everyone throughout the country.

A tedious task, which could benefit from the help of artificial intelligence. The project selected as part of the AI Lab aims to develop a digital natural language processing tool that can recognize common features between cases in different courts.

It will enable judges to draw attention to these convergences and ultimately ensure the harmonization of judgments. This is a challenge that the Almanach team at Inria Paris is working on. 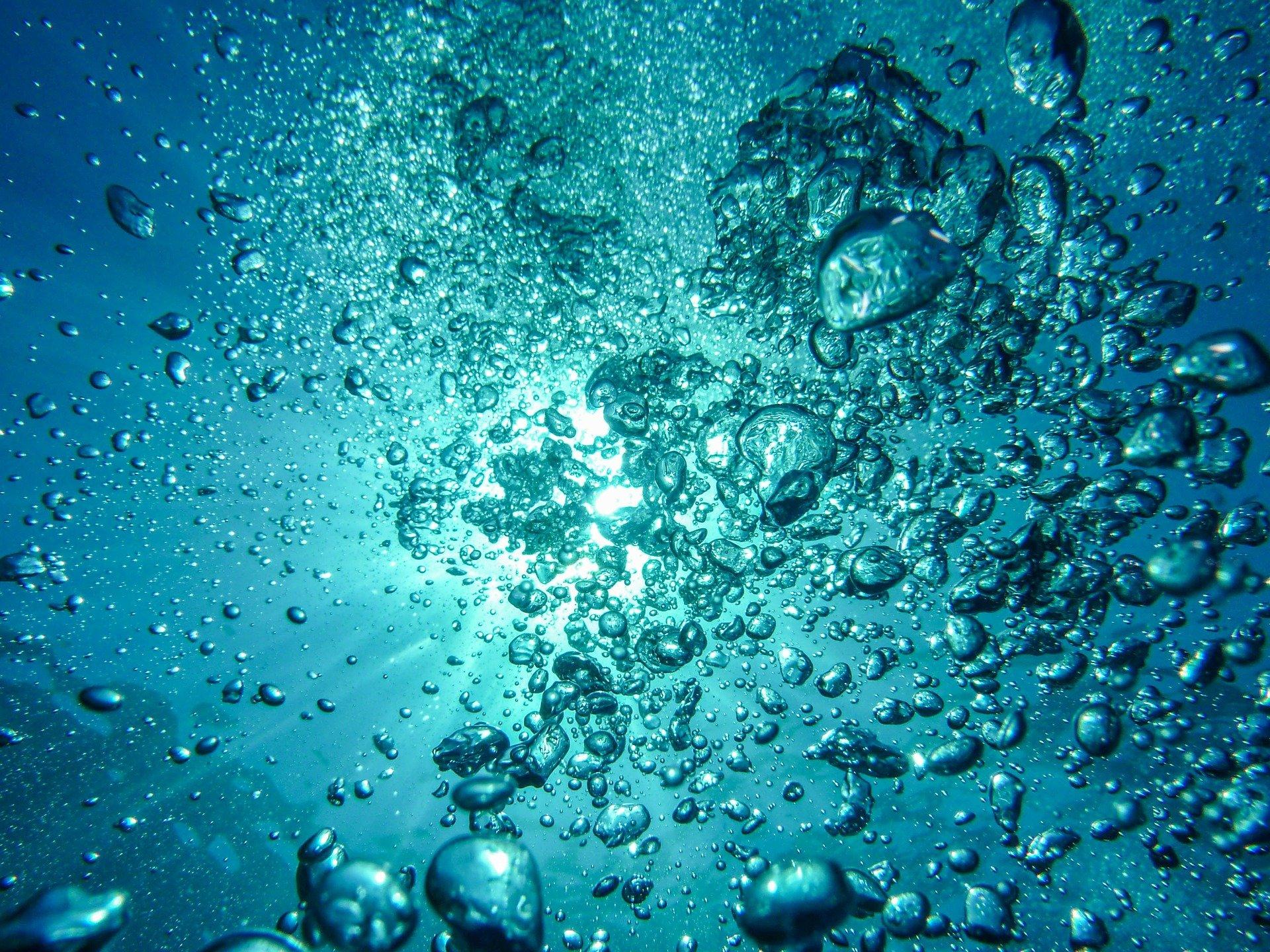 In partnership with the French Navy's Hydrographic and Oceanographic Service

Knowing the relief of the ocean floor and any obstacles that may be present is a major issue for navigation and land use planning. This is why one of the missions of the Shom (French Navy Hydrographic and Oceanographic Service) is to map the sea floor in 3D.

To achieve this, the organization uses aircraft that send laser beams towards the water. Like a radar, which captures the waves sent back by objects, these planes detect the return of the beam once it has touched the bottom of the water. The problem is that the ocean is not empty! "The ray can be reflected on a fish, seaweed, mud raised on the bottom, etc., illustrates Ioana Manolescu. The signal recovered by the plane is therefore noisy. "It corresponds rather to a cloud of points, which must be cleaned to know where the surface of the sea floor is really located.

The DataShape team from the Inria Sophia Antipolis-Méditerranée and Saclay-Ile-de-France centers will be working on this clarification. The aim is to teach an artificial intelligence tool to differentiate between noise and real data and then use the device to automatically clean up the signal. One company had already tried this without success. Now it's up to Inria to take up the challenge.

To learn more about Ioana Manolescu and artificial intelligence

Ioana Manolescu, for data accessible and usable by everyone

Interview with Michèle Sebag on artificial intelligence: its past, its future, its limitations