Inria committed to open science and free software at POSS 2018

Date:
28 Dec. 2018
Changed on 14/01/2020
This year, Inria will again be a partner of the Paris Open Source Summit , the biggest event in Europe for open source, free software, and open digital technology. With our involvement and commitment to free software and open science, the institute considers open source to be an important vehicle for transferring scientific research to the socio-economic world, but also an essential support tool for access to training and open science. 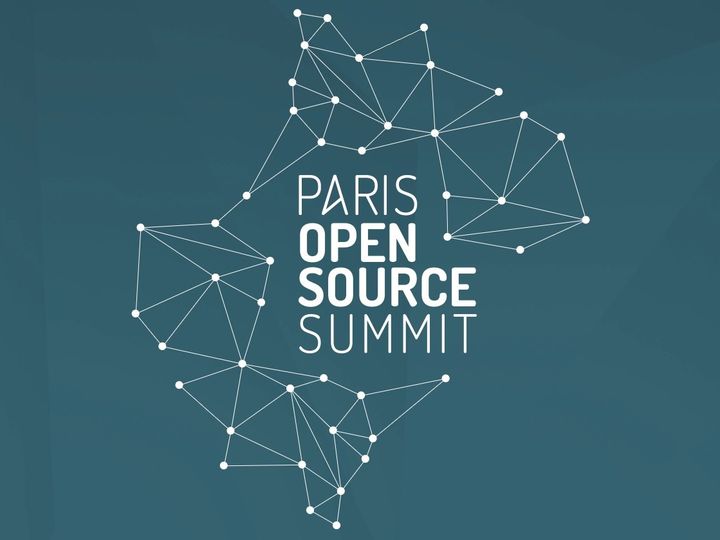 Inria also created Software Heritage , an ambitious initiative that aims to collect, organize, preserve, and make accessible the source code of all publicly available software. Software Heritage is an essential component to safeguard and disseminate the knowledge that is currently encoded in the software. At POSS 2018, a new partnership will be signed between Software Heritage and FOSSID, a software solution that seamlessly integrates into the software development process to detect all free and open source software (FOSS) in the customers' code base, from entire components to complete files and code extracts.

During the opening plenary session of the Paris Open Source Summit, Bruno Sportisse, Inria CEO, and Roberto Di Cosmo, Software Heritage founder, will present the role of software and free software in open science, in the presence of Frédérique Vidal, the French Minister of Higher Education, Research, and Innovation. Roberto Di Cosmo will remind us of the importance of the connection between HAL-Inria and Software Heritage for the deposit of scientific software source code, which in turn supports open science.

The Data Science & IA - Enabling open science and data science via software: scikit-learn session will showcase innovations coming from free software in the field of data science and artificial intelligence, with a particular focus on machine learning. Loïc Esteve, an engineer from the SIERRA project team, will speak about the scikit-learn initiative.

An Inria workshop will be devoted to reengineering and blockchain technology tools : Stéphane Ducasse, head of the RMOD project team, will present the open source Moose platform, which enables the definition of specific tools for code and data analysis that are more pertinent than traditional methods and is already being used in code migration (Generali), large software navigation and support (Siemens), and cartography or architecture improvement software (Thalès).

A session on RIOT, an open source operating system for small connected objects in the IoT, will be led by Emmanuel Baccelli, a researcher from the INFINE-POST project team. The goal of this track is to explore all the possibilities of open source and open hardware solutions in embedded components and the IoT. Behind the concepts of smart cities, connected vehicles, e-health and industry 4.0, some see a new revolution. Others perceive it as a vector of innovation in services, an evolution of economic models and new opportunities within their current ecosystems.

There will be an Inria workshop to learn about SOFA, a real-time simulation software program and MMG, a remeshing platform, which are both supported by InriaSoft. This workshop will be presented by Claude Labit, research director and head of the InriaSoft task force, along with Guillaume Paran and Algiane Froehly, both engineers for InriaSoft. After a brief presentation by Claude Labit on support for open source consortia, Guillaume Paran will present more specifically SOFA, a software platform under LGPL for multiphysics simulation, that has a large number of solvers and excels, for example, in the modelling of the mechanics of deformable solids in collisions.

Algiane Froehly will then present MMG, a software suite that is dedicated to meshing modifications. By controlling the properties of the mesh used to support your simulation, you will learn how to master the accuracy, speed and robustness of your calculations, for example in the medical and aeronautics fields or for shape optimisation methods.

The Paris Open Source Summit is also an opportunity to see demonstrations related to free software research and meet our scientists at the Inria booth (C2-D1). Come and meet us at Paris Open Source so that we can discuss a possible collaboration with one of our research teams located in our centres throughout France.

A first demo will be presented by Stéphane Ducasse, head of the RMOD team, on the open and extensible Moose platform for software analysis: it integrates models of languages, metrics, algorithms and visualisation and navigation search engines. It also speeds up the production of software scans by providing scalable templates and reusable libraries. Various models are offered for the static or dynamic analysis of programs, development history and procedural or aspect code.

If you want to design a low-power connected object, come and meet the researchers and discuss the benefits of using RIOT, the Linux counterpart for your project’s IoT (real-time, very low memory use, many available communication protocols). This demo will be presented by Emmanuel Baccelli, a researcher from the INFINE-POST project team.

Loïc Esteve, an engineer from the SIERRA project team, will unveil the scikit-learn library developed in Python. It is dedicated to statistical learning (or machine learning) and can be used as middleware, especially for prediction tasks.

This demo will help you to understand how to boost test automation in your ongoing integration and deployment processes. Caroline Landry, an engineer from the DIVERSE project team, will introduce you to STAMP's open source tools which are part of the DevOps cycle. These tools allow you to reduce the time spent developing your tests and improve their quality by automatically amplifying existing tests, in particular by detecting more anomalies related to the specificities of the different configurations, by automatically generating tests from operating traces and testing your test suites.

Coccinelle uses semantics to make it possible to specify its searches in the code and determine complex transformations to apply to it (adapt the code to changes in the libraries, rename a function or function parameter whose value is dependent on the context, reorganise data structures, etc.). Coccinelle is used regularly in over 6000 Linux kernel commits. Developers who need to maintain or evolve product lines or large software bases written in C will be able to discover - or rediscover - the Coccinnelle tool at the Inria booth and speak with Julia Lawall, research director from the WHISPER project team.

MMG is a set of tools for remeshing that is used in the medical field, aeronautics, or for shape optimisation methods. This demo will be presented by Algiane Froehly, an InriaSoft engineer.

Finally, the SOFA open source software platform for multi-physics simulation will be presented by Guillaume Paran, an InriaSoft engineer. Like any physical engine, SOFA enables the modelling of physical systems and their evolution, such as the mechanics of deformable solids involving collisions. Developed over a period of over 10 years, SOFA now integrates a large number of models, solvers and algorithms to allow the rapid development of new simulations.

The Paris Open Source Summit is the biggest event in Europe on open source, free software, and open digital technology. An international conference, trade show, and networking opportunity, the POSS sheds light on open source’s place in the digital revolution of our societies and on French stakeholders in the free software ecosystem. Its goal is to showcase technological innovations, the reality and economic dynamism of its solutions, and the societal impacts of this digital sector.