Date:
08 Jan. 2020
Changed on 10/01/2020
An encouraging step towards the approval of an Ebola vaccine has been made with the results of phase 2 trials conducted in Europe and Africa showing a good immune response 1 year after administration. This confirms the predictions of a model being developed since 2015 by a research team jointly affiliated with Inria, Inserm and the University of Bordeaux. The model is continuing to undergo improvements to aid a new vaccine strategy. 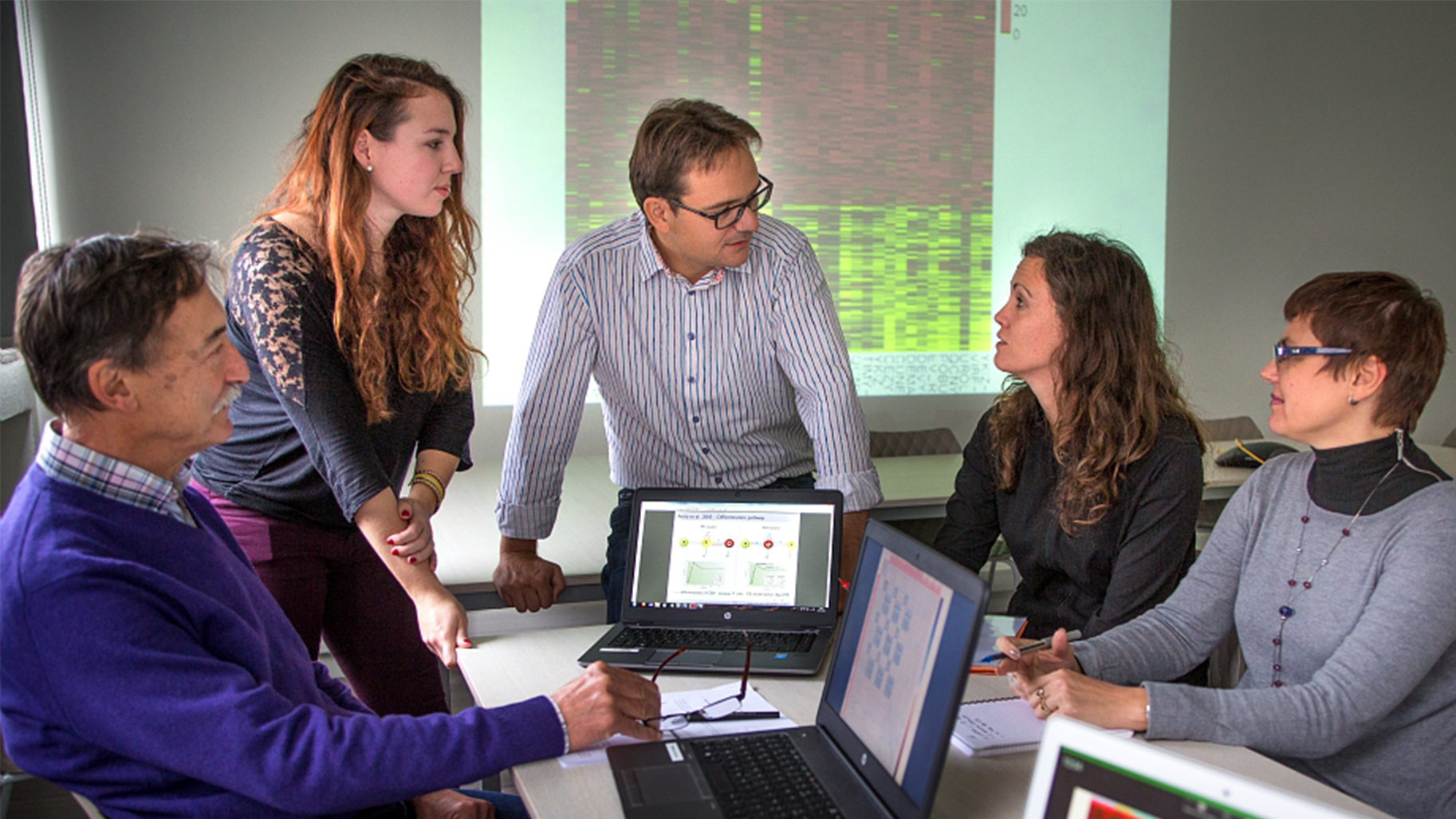 Modelling a response to the Ebola vaccine

The Ebola virus is a health emergency of the first order, with 11,000 deaths in West Africa between 2014 and 2016, a further epidemic now underway in the Democratic Republic of the Congo (DRC), and research into a vaccine being stepped up. Through its IMI* programme, the European Union has been responding to this emergency since 2015 by funding the EBOVAC1 and EBOVAC2 studies, two consortia of public- and private-sector partners. Among these partners are the pharmaceutical company Janssen Vaccines & Prevention B.V., which supplied the candidate vaccine, and Inserm, which is working alongside Inria and the University of Bordeaux as part of the SISTM** joint research team.

The SISTM team has played a key role, having modelled the kinetics of the immune response to the candidate vaccine. "We drew on the results of the phase 1 trials (see box) conducted in 2015 and 2016 on a hundred or so participants," explains Chloé Pasin, an Inria PhD student at the time who was in charge of the model until late 2018.

We showed that the immune response was high 1 year after two vaccine injections had been administered 28, 56 or 84 days apart, and that half of the cells capable of generating antibodies were able to survive for at least 5 years.

These findings were published last August in the Journal of Virology.

But a model is still just a model, and so it must be compared against facts to ascertain its validity. The annual meeting of the ASTMH*** in November 2019 in Washington put an end to any such doubts about the 1-year findings. Phase 2 trials conducted on 800 participants (adults and children aged 1 year or more) confirmed a good immune response regardless of the interval between administrations.

Too soon to declare the vaccine effective

"This is fantastic news," enthuses Chloé, "especially as our understanding of the mechanisms of the immune response to vaccines does not as yet extend beyond the main principles." Rodolphe Thiébaut, head of the SISTM team and coordinator of EBOVAC2, is also optimistic.

The groups in the phase 1 trials were small, with only 15 participants in each. This lent some uncertainty to our predictions. But now they have been confirmed by the phase 2 trials in groups containing 100 participants or more. At this 1-year cut-off point, our model is reliable.

Still, the researcher wishes to remain circumspect: "We focused on antibodies, yet a complete immune response involves other agents as well. What's more, we do not know what level of antibodies is required to protect against Ebola. In other words, it is far too soon to be drawing any conclusions about the length of time the vaccine is effective."

Despite this, the product developed by Janssen Vaccines & Prevention was selected for a vaccination campaign under way since November in the DRC on 200,000 people. As for the SISTM team, they are pursuing their research.

We are going to investigate the immune response in children, something we haven't looked at before. Alongside that we are developing a new model to incorporate a third vaccine injection administered 1 year after the second – initial trials conducted using this strategy have been promising.

Phase 1 trials provide a preliminary assessment of the efficacy of a vaccine or medicine at a specified dose. Phase 2 trials are used to confirm the treatment's activity and sometimes to compare two new treatments. 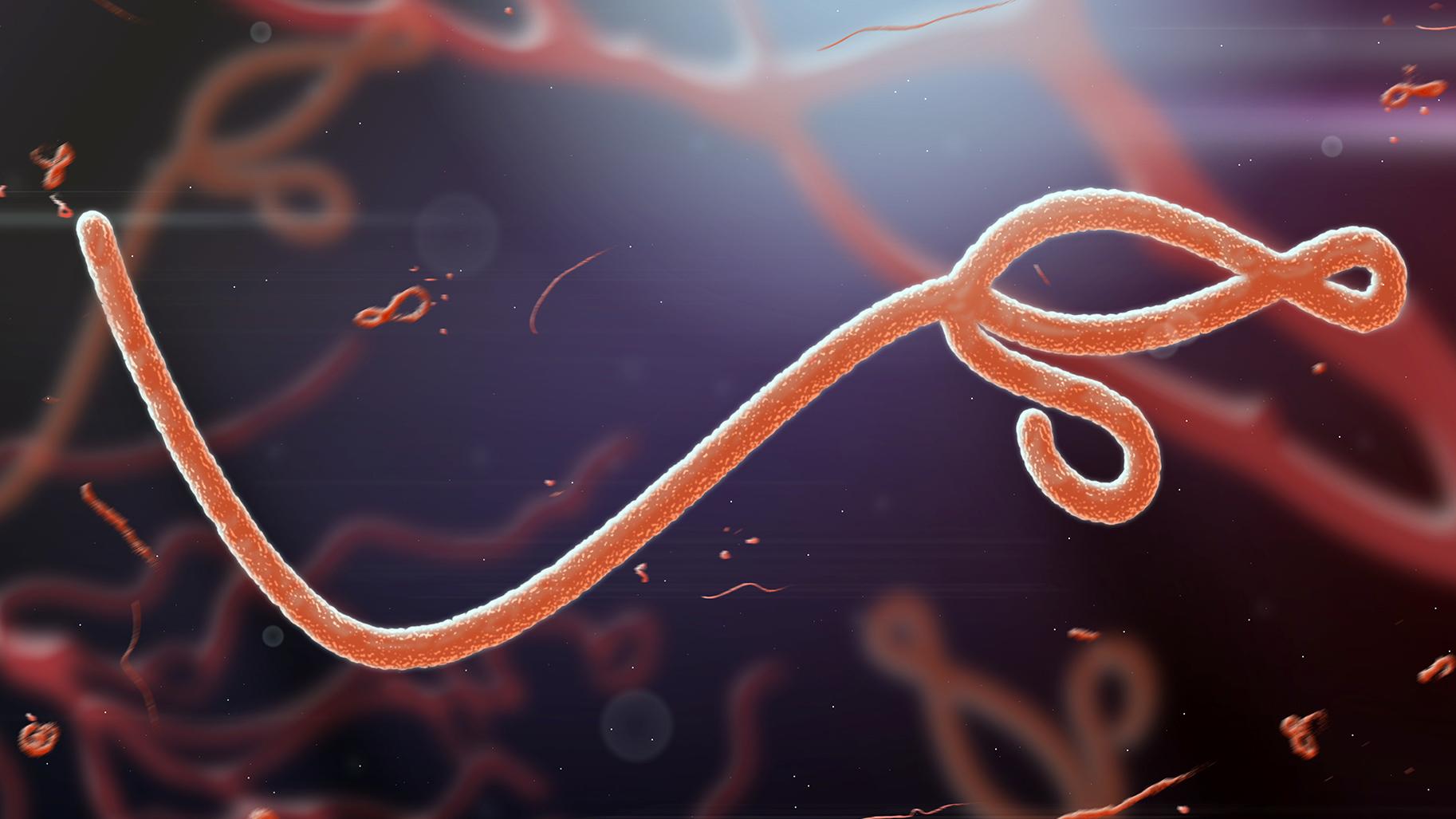 The Ebola virus was first observed in 1976 in Sudan and the DRC. It belongs to the Filoviridae (or filovirus) family, which comprises five distinct species. The Bundibugyo, Zaire and Sudan ebolavirus strains caused a score of outbreaks in central Africa between 1995 and 2007 in isolated villages near forests. The virus's natural reservoir is thought to be bats and monkeys, with transmission occurring through scratches or ingestion. Infection results in high fever and bleeding that are often fatal in humans. Indeed, the mortality rate is very high, lying between 40 and 80% depending on the epidemic and viral species.

In December 2013, the virus spread to West Africa, a region hitherto unaffected by the disease. In March 2014, a new outbreak of Zaire ebolavirus was identified in the forested regions of southern Guinea. It then spread to neighbouring countries, Liberia and Sierra Leone, affecting urban areas. The virus subsequently expanded into Nigeria by air and Senegal by road. In June 2016, the World Health Organization (WHO) declared the epidemic officially over, yet the disease had exacted a heavy toll, with at least 28,000 official cases leading to more than 11,000 deaths.

A further epidemic is now happening in the DRC. The latest WHO report released on 19 November 7 2019 listed 3,200 cases that had caused 2,200 deaths. The authorities fear an outbreak of the disease in Goma, a city of 2 million inhabitants located in the east of the country. 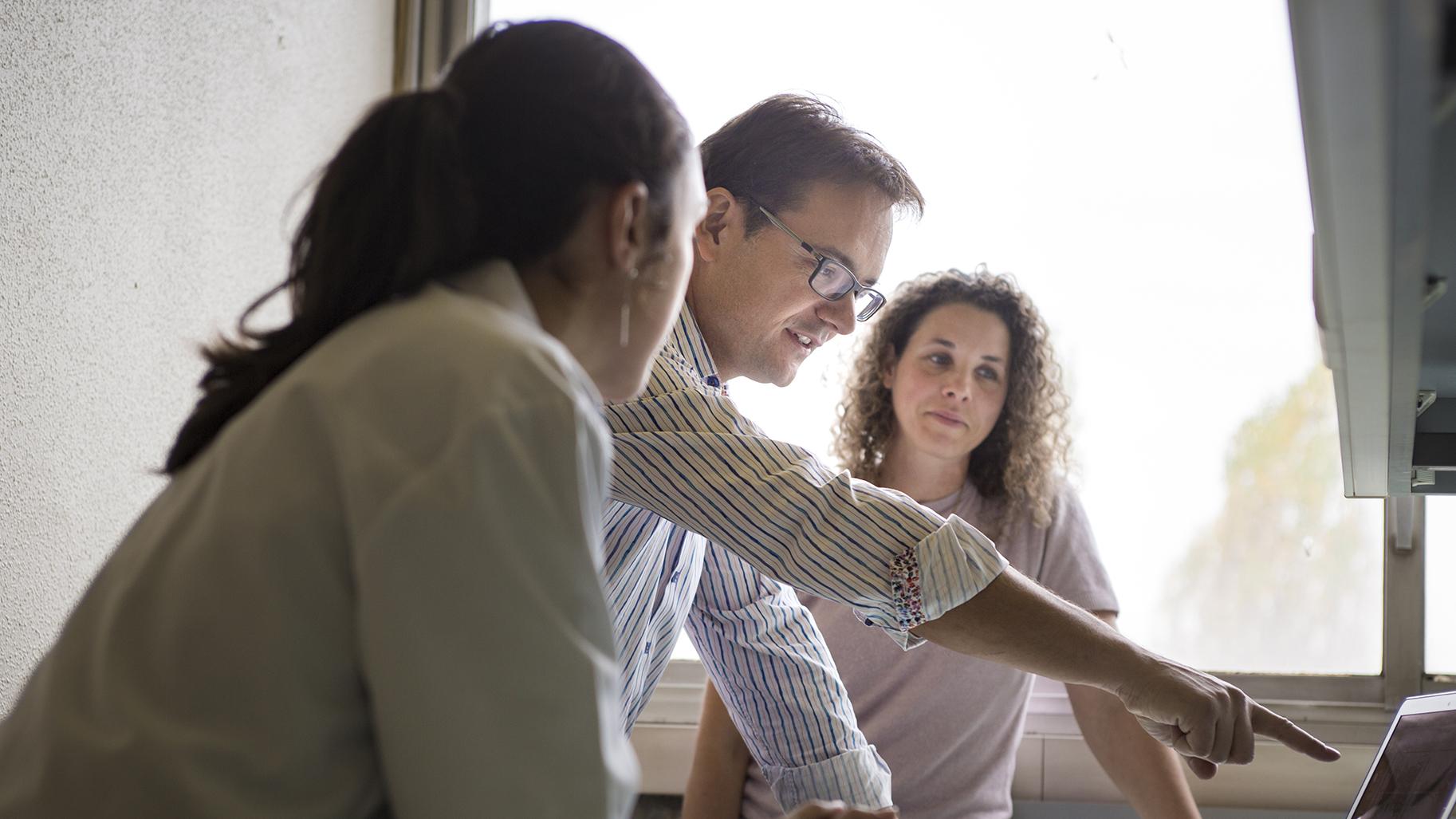 The team is devoted to the development of statistical methods for the integrative analysis of data in medicine and biology. Thanks to the technological improvements, clinical and biological research is generating massive amounts of data. Of importance are the « omics » data such as genomics (gene expression) and proteomics but also other types of data, for which modern technologies have strongly increased the amount of information (e.g. medical imaging, cell counts).This SISTM team is labelled by both Inserm and Inria.