The development of the Internet : a historical overview from a “telecommunicator”

Date:
09 Nov. 2020
Changed on 18/11/2020
After twenty years at France’s General Telecommunications Directorate and seventeen years at Bull, engineer Philippe Picard tells the story of the transition from the Arpanet to the Internet, as seen through the eyes of a “telecommunicator”. 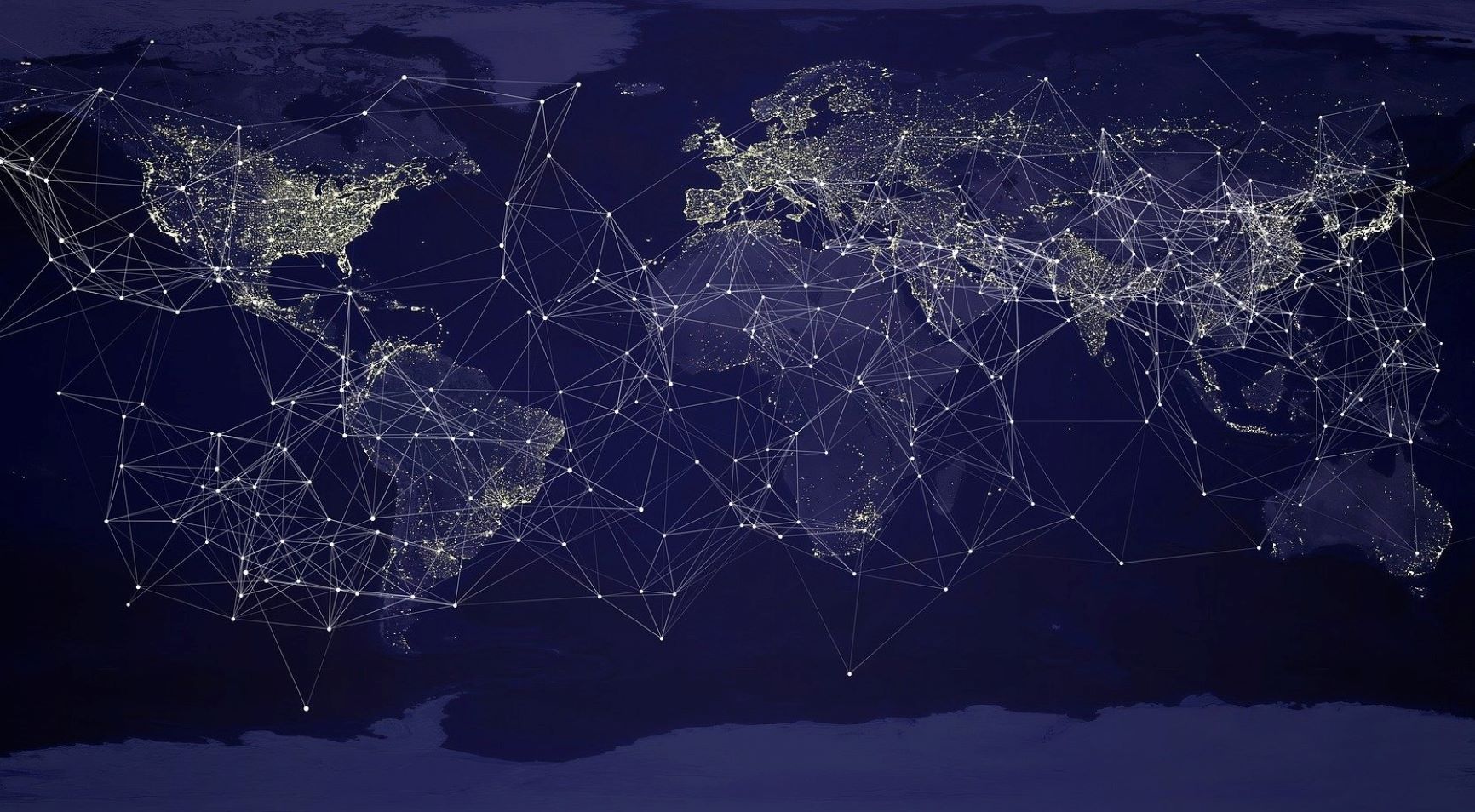 In the age of the WEB, smartphone and 5G, it is difficult to understand some events that are more than 40 years old and the technical difficulties that had to be solved at the time. The many current debates on the history of the Internet often maintain confusion about what the Internet is. In today's common sense, the Internet is equal to the WEB, social networks, e-commerce and many other services that appeared in the 1990s. Let's recall the etymology of Internet: from the English internetwork, itself composed of the words inter and network. In the same way, the Minitel (Videotex), which it is fashionable to mock today and to oppose to the Internet, was an information service decided in 1978, well after the facts discussed here.

In 1970, the global telecommunications system was mainly the telephone network : terminals were as basic as possible and all of the intelligence of the system laid in the network.

What was then known as teleprocessing was still very much in its infancy. What telecoms operators (telcos) were able to offer was very basic and based mainly on the public switched telephone network. A sizeable chunk of the data transmission market was taken up by the connection of terminals - which were barely more intelligent than the telephone sets themselves - to servers. Links between computers were still very much in their infancy, and primarily involved file transfer.

We are all familiar with Moore’s law: 50 years later, the processing power of network edge devices (Internet boxes, personal computers, smartphones) has become dominant. What seemed unthinkable in 1970 is now commonplace. It was TCP/IP which, in 1974, distributed functions among terminal systems and networks in the context of the Internet. One highly sensitive point related to how network congestion would be handled (using what is known as flow control). From the point of view of us “telecommunicators”, we felt that it was the responsibility of networks to provide a high quality service. TCP/IP delegated this responsibility to edge devices via end-to-end control mechanisms, but this assumed that terminal systems would have the requisite processing power.

It was a slow process: the native integration of the connection to TCP/IP in operating systems didn’t happen until 1984 with Berkeley’s UNIX system, while Windows didn’t join the party until 1995.

Technological Darwinism was to prove decisive : the Internet was developed based on the principles of TCP/IP, gradually becoming universal. This was the case for telephone communication, but also for video streaming, at the expense of a number of developments, like MPLS, which borrowed certain principles from virtual circuits.

The Internet of today is now basically a telecoms network like any other, with the day-to-day running of it decentralised, other than for addresses and domain names. The Internet is a network of networks, known as Autonomous Systems. All 65,000 of the Autonomous Systems that have been identified so far have a hierarchical, “small world” structure (The “small world” concept was made popular by the sociologist Stanley Milgram in 1947, when he performed an experiment demonstrating that the number of handshakes separating any two citizens was six), which is shared by all infrastructure networks (transport, telecoms, etc.). Internet operators can be divided up into three tiers of autonomous systems and the financial regulations governing them and the connection techniques used are complex (transit and “peering” or peer-to-peer communication).

The BGP protocol, the mechanism for auto-adaptive routing among autonomous systems, is only able to function if the distance between two autonomous systems is short (an average of 15 networks crossed). Tackling congestion on the Internet means continuously increasing network capacities (fibre optic cables, router power).

In 1970, telecoms operators were considering the future of switched data networks, with technology derived from nascent telephone electronic switching. In France, the CNET launched the Hermès project in 1970, with one possible option being packet switching.

At that time, knowledge of the Arpanet project was becoming more widespread in France, and packet switching, which was derived from message switching, was already being used in certain large, dedicated private networks.

A joint CNET-IRIA mission headed up by Alain Profit and Michel Monpetit went to gather information and establish contacts with the Arpanet team. There were several French engineers working there at the time, including Michel Elie.

In 1972 the CNET and the IRIA launched projects almost simultaneously, both of which included packet switching. A cooperation agreement was signed. But where they went wrong was in believing that these two projects were complementary, and that sincere cooperation would be possible - the IRIA was supposed to subcontract out the design of the telecoms network to the CNET, and not just the free provision of transmission circuits.

For the CNET, the RCP project was a prototype geared towards laying the groundwork for a future packet switching service called Transpac. This involved drafting a design brief in advance of moving on to the manufacturing stage and acquiring the requisite expertise for taking part in the international standardisation process.  The aim behind this new service was to combine the benefits of packet switching (efficient statistical multiplexing, speed conversion) and service quality control (error rate, congestion, etc.).

The Cyclades project, which was inspired by the Arpanet, was very much in keeping with the Plan Calcul (a French governmental program to promote a national or European computer industry and associated research and education activities). The goal of this project was to design a network architecture for exchanging data between heterogeneous computers and accessing remote resources. The packet-switching network Cigale was a sub-project of this (see Gérard Le Lann's account).

Towards the end of 1973, the DGT announced its intention to open a packet switching service. There were a number of factors behind this announcement, including the initiative of a group of major French companies who were looking into the possibility of a shared network using packet technology - not to mention the rivalry they shared with the IRIA.

In late 1974, an interministerial committee gave the conditional green light for the launch of Transpac:

The rest, as they say, is history: recommendation X25 from the CCITT was approved in 1976, the SESA was tasked with manufacturing the system and the service was officially launched in late 1978. Running for more than 30 years, the network proved to be a commercial success for company networks, and latterly enabled the deployment of widely distributed applications such as the Minitel and electronic payment terminals.

In late 1974, an initiative launched by the European Commission geared towards promoting technological and scientific information via a network helped to change the minds of European telecoms companies. The majority of telecoms companies from within the CEPT realised that only a packet network would be up to the task.

There were two consequences of this:

Relations with IT manufacturers

The success of Transpac was dependent on the availability of software for connecting to the network. Given their domination of the market, there was no getting round IBM, who developed an ambiguous attitude: officially not really in favour of packet-switching (not found in SNA), IBM was an early participant in RCP connection experiments through its lab in Nice / la Gaude.

The CII was working in close collaboration with Cyclades on its NNA architecture (see Michel Elie’s account). After CII merged with HB and CII products were abandoned, the design of DSA better integrated the use of X25 than that of SNA. The expertise that CII network personnel acquired from the NNA was to prove essential.

Lastly, computer hardware manufacturers, who didn’t have their own architecture, had a lot of motivation to develop X25 connections.

Finally, the decisions taken in 1975 (the CII-Honeywell-Bull merger and the end of Unidata, the shutting down of the "Délégation à l'informatique") withdrew institutional funding from the Cyclades project.

If these decisions hadn't been taken, who knows how things might have turned out ?

I have never seen anything to back up any of these scenarios from those mourning the IT Commission and who blame the likes of Valéry Giscard d’Estaing, Ambroise Roux’s general electric company or the PTT for their misfortunes.

I will end on a more personal note. An attempt was made at bringing together the PTT and the IRIA, as planned for in the interministerial accords from late 1974. The individual the IRIA delegated to speak to the PTT was Hubert Zimmermann. The failure to reach a technical agreement did not harm our subsequent relations.

After the Cyclades adventure, Hubert Zimmermann turned his attentions towards developing and promoting OSI (Open Systems Interconnection): he was chair of ISO SC16, which earned him a significant amount of international visibility. He had been given responsibilities at the CNET and we worked together to fit OSI into France Telecom’s IT architecture (the Architel project). He had a number of other impressive achievements before his death in 2012, including founding Chorus and occupying a strategic role with Sun systems.

Engineer, Philippe Picard spent nearly twenty years at the General Telecommunications Department, where he helped to start data transmissions. He also piloted the Transpac project before becoming General Manager until 1982. Philippe Picard also spent seventeen years at Bull, where he was Director of the Group's network products (1984-1990) and then Head of the French and then European telecoms sector (1990-2001). Since then, he has been President of the Association pour l'histoire des Télécommunications et de l'Informatique.

Read our entire section on the history of the Internet