Date:
09 Jan. 2023
Changed on 18/01/2023
The ERC Starting Grant, a seal of scientific excellence, has been awarded to Antoine Tilloy, a researcher and member of the Quantic project team. With the QFT.zip project, he will explore an innovative area in theoretical physics around tensor networks and their application to quantum particles. This fundamental research is of interest to both quantum chemistry and quantum computing. 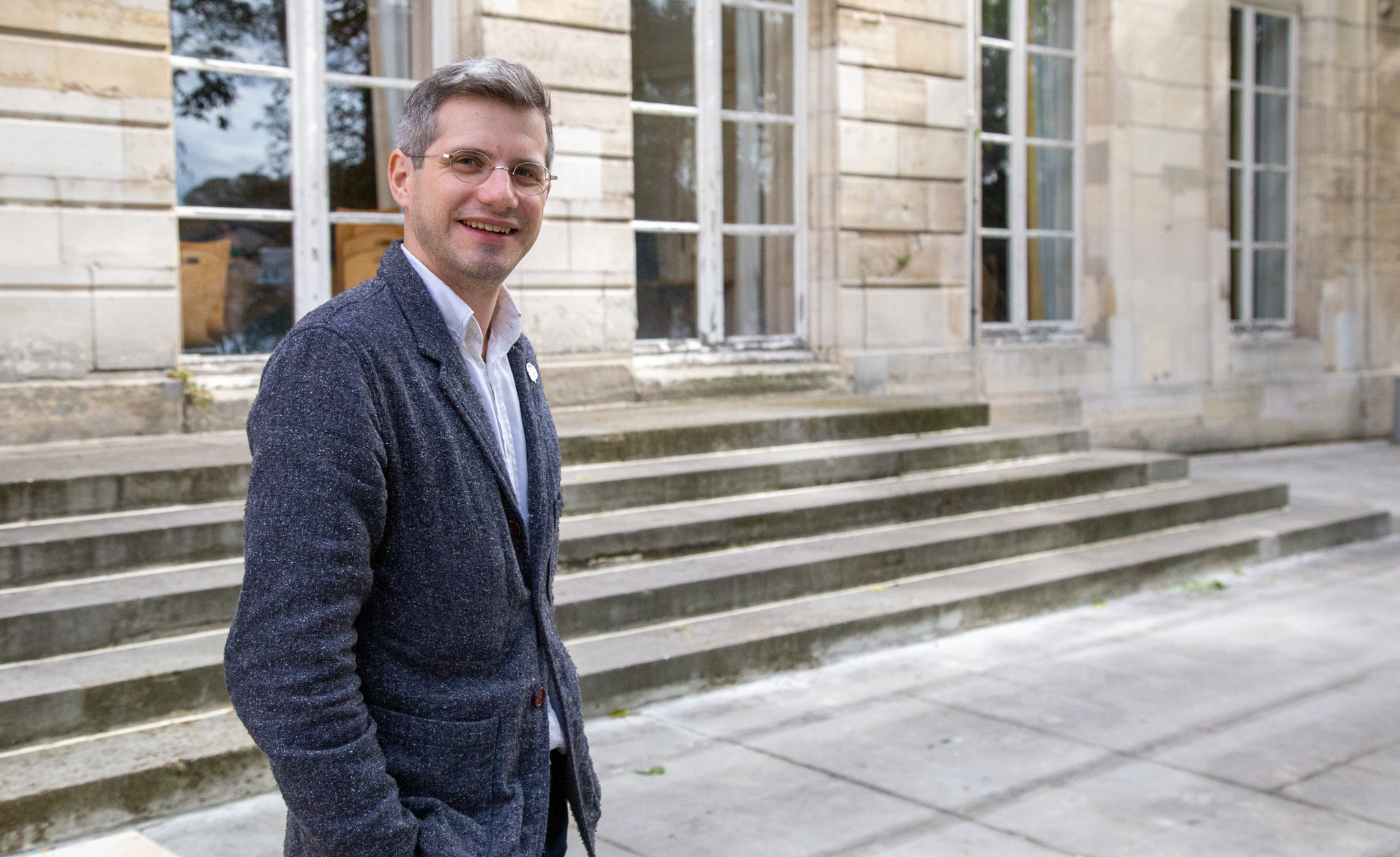 Antoine Tilloy, researcher in theoretical physics at Mines ParisTech and member of the Quantic project team at the Inria Paris center, has been awarded the prestigious ERC Starting Grant for the QFT.zip project devoted to quantum mechanics. Geared towards young scientists, the ERC (European Research Council) grants provide beneficiaries with the opportunity to set up their research team and carry our exploratory research around an original theme for a duration of five years. With QFT.zip, Antoine Tilloy will thus pursue research on tensor networks and their application to quantum particles.

How did the young researcher get into this emerging field in physics? ‘Following my engineering studies at the École Polytechnique, I moved into theoretical physics and took the standard path in this field, obtaining a master’s and a PhD at ENS with research in quantum mechanics. I continued working in this area with a long-term postdoctorate at the Max Planck Institute in Munich, and furthered my knowledge of tensor networks.’

Quantum physics describes the behaviour of microscopic systems, such as molecules, atoms, or elementary particles, and draws on a vast panel of mathematical tools. Tensor networks are one such example: they enable us to study how several small objects in these systems, such as particles, combine and behave in large amounts.

Describing the behaviour of quantum particles

Quantum physics has led to the development of technological innovations we use on a daily basis, from medical lasers to high-definition sensors in digital cameras or the integrated circuits of our computers. Through its exploration of material properties on minute scales, it paves the way for highly promising technological advances. By understanding the properties of molecules, quantum chemistry can help to design new compounds improving the effectiveness of medical treatment or the performance of production processes. Thanks to its tenfold computing power, the quantum computer serves to create simulations which are currently out of scientists’ reach.

All these advances require an understanding of how large amounts of particles behave, as Antoine Tilloy explains: ‘In these two application fields of quantum physics, we have to study the dynamics of quantum systems composed of a large number of interacting elements, such as the q-bits of a quantum computer or the atoms of a complex molecule. These physical objects pose a problem: the number of states to take into account in order to describe their behaviour accurately grows exponentially with the number of particles. The amount of information to process rapidly exceeds the computing capacities we have to hand!’

Tensor networks, however, offer physicists a solution, because they serve to compress the volume of information to be processed in the modelling of a quantum system. ‘A tensor network operates in a similar way to the compression algorithms of image, sound or text files, which enable information to be exchanged and stored without altering its content,’ the researcher explains. ‘That’s also where the name of the project comes from! In quantum physics, this compression consists, in a way, of retaining only the most useful state combinations in order to understand the system as a whole.’

In the world of computers, we know that an image compression algorithm can be very efficient, but implies a loss of resolution and information. Its configuration thus allows us to choose between the quality of reproduction and the efficiency of compression. In the quantum world, the challenges are similar, but raise several other issues. Under which conditions is this compression of quantum states effective? Does it apply to all physical systems? What error does it introduce? According to which criteria is this compression to be configured? These are the questions that Antoine Tilloy and his team will attempt to answer.

The aim of the project is to take the use of tensor networks well beyond the description of complex quantum systems. The objective is to explore possible applications for quantum mechanics modelling (i.e., Quantum Field Theory, which inspired the initials of the project).

‘Physics research in particles, such as that carried out by CERN, is based on quantum field theory. In order to simulate the collision of particles, scientists try to resolve QFT equations by using statistical methods, which require very time-consuming calculations.

One of the aims of our QFT project is thus to understand and show how tensor networks could simulate these physics more efficiently...

The work to be accomplished in the coming five years promises to be substantial, given the range of theoretical and numerical problems inherent to the subject! With a budget of just over €1 million, Antoine Tilloy will be able to draw on the support of two PhD and two post-doctorate researchers, whose recruitment is forthcoming.

It’s impossible to tackle the complex problems of theoretical physics alone,’ the young researcher readily admits, ‘but even a small team can avail of the resources to lead lengthy and intensive research in this ambitious field, and hopefully obtain answers to difficult questions.

Innovation within a team

Develop a global view of research while managing several sub-projects, and boost the skills of young scientists while integrating their original contributions: Antoine Tilloy already has a very clear vision of his future responsibilities as the leader of a scientific group.

He also anticipates the benefits his project will bring to his colleagues: ‘QFT.zip will enable us to explore the fundamental aspects of this field in more depth. I believe our work will be of use to the Quantic team, particularly in terms of the unsolved problems of control in quantum systems,’ he points out.

It is too early yet to imagine the direct applications of QFT.zip to quantum chemistry or quantum computing, but there is no doubt that with a group led by this brilliant researcher, the potential for innovation is out there!