Date:
02 Jun. 2021
Changed on 16/11/2021
In early October 2020 TotalEnergies and the Inria Nancy - Grand Est research centre signed a collaboration agreement centred around the research work of a young PhD student from the Institute. Researchers and engineers will be working together in order to facilitate the industrial transfer of this research, which is aimed at improving the precision of digital simulations used by TotalEnergies. 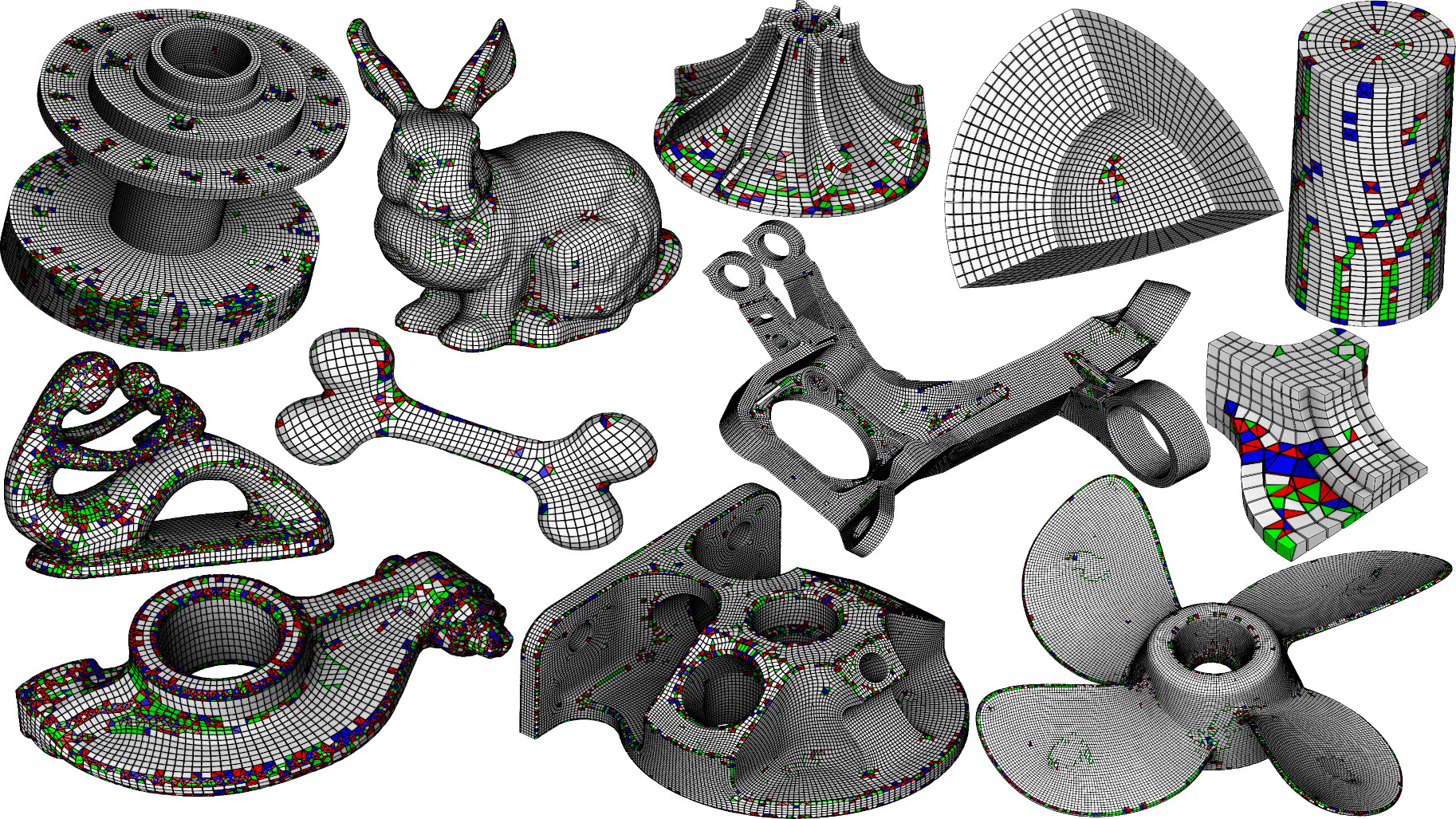 The aim of this collaboration agreement, which was signed by both parties on 1st October 2020 and is set to run for 42 months, is to improve the precision of complex digital simulations by combining the expertise of TotalEnergies’s engineers with that of the Pixel research team at the Inria Nancy – Grand-Est research centre. The driving force behind the project is PhD research supervised by Dmitry Sokolov, a lecturer at the University of Lorraine and head of the Pixel project team (a joint undertaking involving Inria and Loria), Jeanne Pellerin, R&D project manager at TotalEnergiesl, and Nicolas Ray, an Inria researcher.

Jeanne Pellerin: bridging the gap between the worlds of research and industry

A young graduate of the ENSG (Ecole Nationale des Sciences Géographiques) Jeanne Pellerin also has a PhD, which she completed in 2014 after three years spent working as part of the Alice project team (a forerunner to Pixel) at the Inria Nancy – Grand-Est research centre and the Ring project team at Géoressources. “Jointly supervised by Bruno Lévy and Guillaume Caumon, my focus was on the use of meshing for modelling in geoscience. After two postdocs, one in Germany and one in Belgium, I deepened my knowledge of the methods used in mesh generation and their different applications.” When Jeanne Pellerin joined TotalEnergies in late 2018 Pixel was a logical choice for a collaboration on the subject of hexahedral meshing. “Liaising with Inria researchers was made easier by my background in research, in addition to my knowledge of research carried out at Inria and areas of strategic importance for my company. As a result, we were able to come up with a project that was win-win for everyone.”

“Like many companies, at TotalEnergies we use digital simulations for different applications. This includes developing new products and new materials or understanding complex phenomena, such as the flow of fluids underground, which is vital when it comes to assessing the possible geological storage of CO2”, explains Jeanne Pellerin. Engineers use these simulations to study different scenarios in situations where carrying out experiments in the lab or in real-life conditions would be costly, or even dangerous. They also use them to optimise the shape of certain components, such as seals. Made from elastomers (such as rubber), seals play a vital role in enabling mechanical systems to function, and are also crucial for safety.

Digital simulations are based on mathematical models presenting an abstract description of the situation under study, such as the mechanical performance of seals. The pressure or heat to which seals are exposed can cause them to change shape significantly, expanding to more than five times their original size.  “It is impossible to calculate changes in shape using a simple formula. Instead, engineers use computers to analyse these changes in different areas of the part under study”, explains Dmitry Sokolov. The first stage of the simulation involves creating a “mesh”, which is obtained after dividing the object up into basic geometric shapes such as pyramids (known to engineers as “tetrahedral meshing”) or cubes (“hexahedral meshing”).

Generally speaking, the finer the mesh - i.e. the smaller the pyramids or cubes - the more detailed the calculation will be. But this also extends the time needed for the digital simulation. There is an additional challenge when it comes to calculating large changes in shape. Given that the mesh will change shape at the same time as the part itself, there is a tendency for the pyramids or cubes to flatten out, making calculations more difficult. In some cases, the desired level of precision can only be obtained by producing a new mesh. When it comes to simulating large changes in shape, engineers prefer hexahedral meshing, which is known to be better at withstanding flattening and allows for more precise calculations than with tetrahedral meshing.

“An engineer will spend the majority of their time and effort creating a mesh, which is mostly formed of hexahedrons. It's not uncommon to spend a week working on a mesh for a simulation that will only take ten minutes!” reveals Jeanne Pellerin. 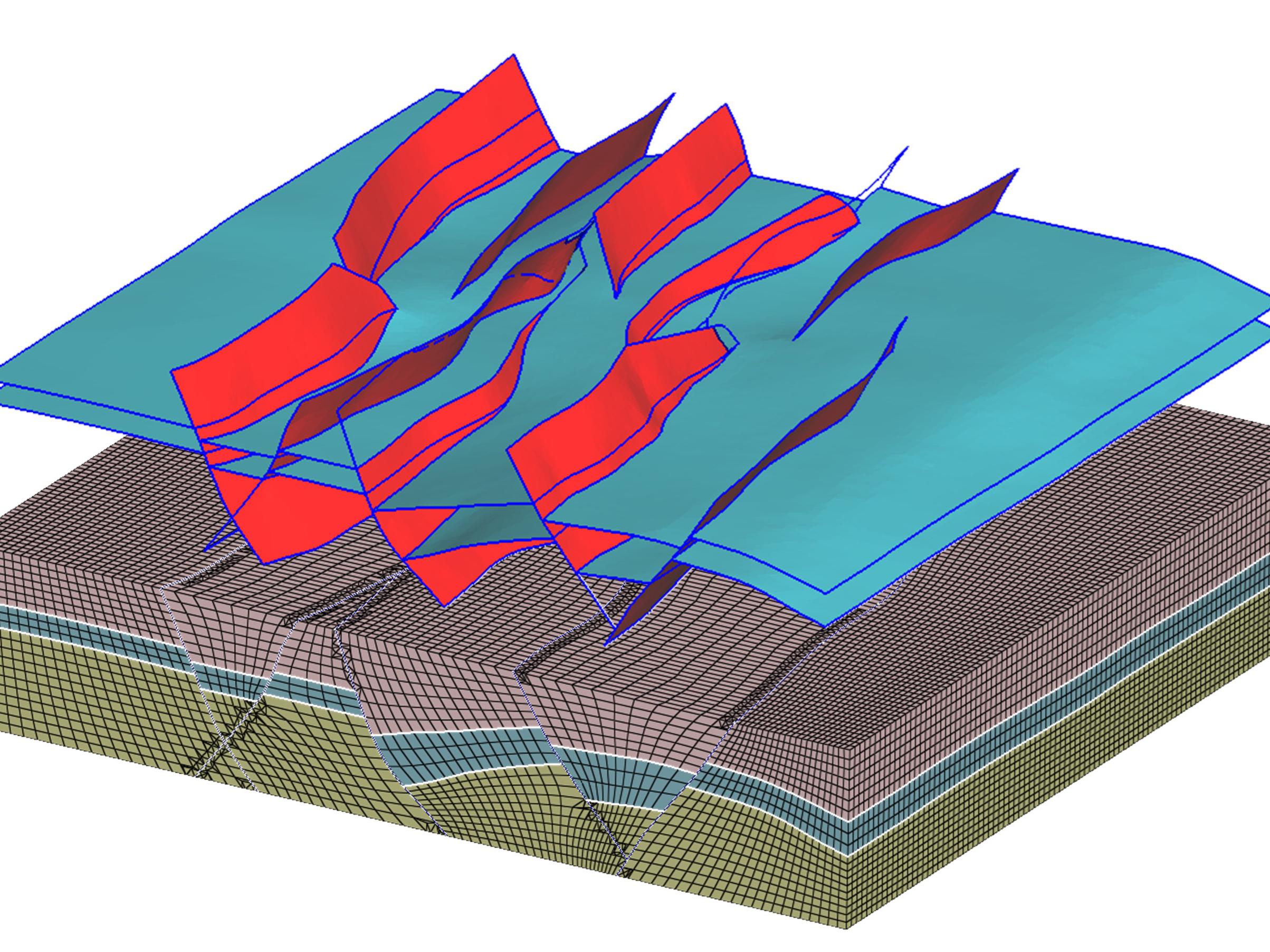 Developing effective hexahedral meshes, which take up as little time as possible for engineers and which can be adapted to a wide variety of shapes, is a challenge from both a technical and an economic perspective. This has occupied researchers in digital simulation for the past forty or so years, and although progress is constantly being made by the international scientific community, there are still a number of technological hurdles standing in the way of industrial applications.

The researchers from Pixel have provided TotalEnergies with innovative solutions that have their roots in research carried out fifteen or so years ago in the field of image synthesis by the Alice project team, headed up by Bruno Lévy, who is currently director of the Inria Nancy - Grand-Est research centre. “Centred around geometry processing, the tools developed by Alice were used to create animated films and video games. They are particularly well-suited to creating and optimising hexahedral meshes in that they allow you to apply textures to 3D objects. This makes our approach to the problem rather original, and we believe it is promising”, stresses Dmitry Sokolov.

The bulk of the research will be the responsibility of David Desobry. A graduate of the ENSIMAG (École nationale supérieure d'informatique et de mathématiques appliquées), Desobry joined Inria as a PhD student in September 2020, recruited by the Pixel project team with whom he spent his final year internship. The aim of this research is to develop a robust method for generating hexahedral meshes for the target industrial applications. “During the first year of his PhD, David has been experimenting with different options put forward by Pixel, trying to identify those which seem to be the most effective and which TotalEnergies will be able to use in their digital simulations”, explains Jeanne Pellerin. The young researcher will have two more years to improve and test these methods, in addition to devising and validating new ideas.

“Our research has a vast application scope. This marks the beginning of a collaboration which we hope will be long-lasting”, adds Dmitry Sokolov. “TotalEnergies is a strategic partner for Pixel and hexahedral meshing is an ideal subject in that it raises interesting theoretical questions for researchers but also has industrial applications that will be of use to engineers.”