Robots in schools to help children with autism

Date:
02 May. 2022
Changed on 05/05/2022
The team at LARSEN, a joint Inria and Loria project, explores interactions between humans and robots. It is involved in several research programmes that focus on the interactions between children with autism spectrum disorders (ASD) and robots, including a project with the University of Lorraine aimed at bringing robotics into the classroom. After more than two years of experimentation, the results are clear. The team is stepping up its efforts and the robots will remain in the school for a few more years. 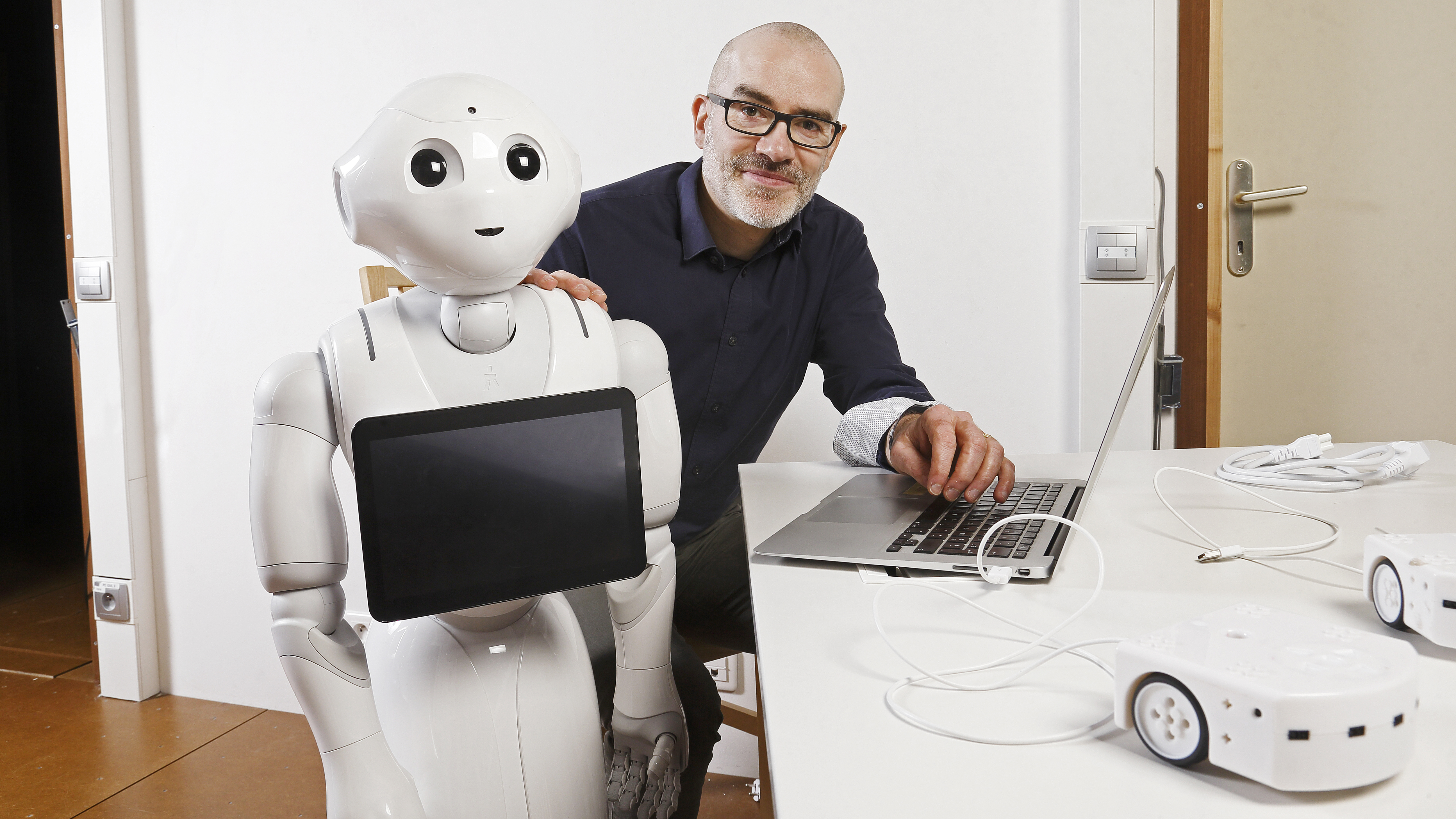 Two children are sitting back to back. One is watching a small truck-shaped robot driving through a maze and the other is guiding the machine without seeing it. The first child is giving the directions while the second is controlling the movements of the machine. These two children with autism spectrum disorders manage to cooperate and communicate in this game. Autism is not a disease but a neurodevelopmental and neurobiological disorder, Autism spectrum disorders in schools: some children with autistic disorders never verbalise while others are able to express themselves through speech. They all share a difficulty in interacting and communicating, in identifying other people's emotions and in managing their own. They value routine and feel a strong sense of discomfort when faced with the unexpected. Specialised classes cater for these children and aim to improve their communication skills. To this end, parents and teachers are keen to find new tools.

“Robots have been of interest to the world of education for more than ten years,” says Jérôme Dinet, professor of psychology at the University of Lorraine and director of 2LPN, a new research laboratory in psychology and neuroscience. “Until now, robots have been used, for example, to provide remote presence for absent children or to teach robotics, but at the end of the 2000s, we became interested in Japanese experiments in which the robot acts as a mediator and plays an active role in groups, helping to develop skills.” The researcher's work on the relationship between humans and robots led him to collaborate with the LARSEN team and with DANE, the Academic Delegation for Digital Education: “The DANE delegation in Nancy-Metz is looking into the impacts of the use of digital tools in education and is interested in the issue of inclusion. This organisation has facilitated communication with parents and structures that host autistic children, helping me to take part in several research projects on robotics as a tool for education and inclusion.” Since 2019, several classes have joined the project, including two classes in Bar-le-Duc and Dieue-sur-Meuse.

Investigating the effects of a robot on students' behaviour

For Jérôme Dinet, robotics offers several advantages in the classroom: “Robots are companions, just like the animals that are sometimes integrated into the life of a class. They too are autonomous, they go about their own business and the children see them express joy or annoyance. They are objects to which we can attribute intentionality.” Another major advantage is that the robot is governed by algorithms. Its behaviour is therefore predictable. For autistic children, for whom routines are important, this regular behaviour is reassuring. With this project, Jérôme Dinet and the LARSEN team hope to answer two questions. The first involves basic research: “We are trying to understand how interaction with a robot changes the behaviour of a child with autism. For these children with communication disorders, it may be easier to interact with a predictable, non-judgemental robot than with another human, a hypothesis to be tested.” The second question applies directly to the school environment: how can we evaluate the outcomes of using a robot in a concrete situation? In the two participating classes, the experiment was carried out with Cozmo.

Cozmo is a small robot no more than ten centimetres high, mounted on a set of tracks. A truck with an expressive face. “We had to find a robot that was accessible, easy to use and had many possibilities for communication and interaction.” Cozmo is worth a few hundred euros, and loves to engage children. He grumbles when not attended to, can identify faces and remember names. Every morning, the children are greeted by the little robot, a “precious routine” according to Jérôme Dinet. Cozmo is autonomous but can be controlled with a tablet or a smartphone to create situations for collaboration between children. Another argument in its favour are the small cubes that come with it, which are used to create play situations, for example going faster than the robot to touch a cube when it lights up. And when Cozmo loses, he sulks and grumbles. His emotions (or more precisely, what are perceived as emotions) are simple, predictable, and easy to interpret.

Beyond a robot, social inclusion

The end goal of the project is the inclusion of the children in school as well as outside the school environment. “The whole point of the project is to create group interactions and not just child-machine interactions. Here, the robot is a pretext for group interaction situations and what we are aiming for is social inclusion. It is not a machine that will help to manage day-to-day interactions, the robot is used for working, developing skills that are transferable to other contexts.” The project is based on a quasi-experimental methodology, outside the laboratory. Along with the LARSEN team, Jérôme Dinet looked for the strongest research protocol possible within the framework of a host structure. Every day, classroom activities are filmed and recorded, as are activities outside the classroom, without the robot, in the playground: “We count pointing (when a child who does not verbalise points to express himself instead) and joint attention situations (when a child looks at a person to check that they are looking at the same thing). With a longitudinal follow-up in the long term, we notice an increase in the number of these situations in the classroom and in the playground.” The results are clear: for some children, communication skills increase and are transferred to other contexts. In addition to these objective indicators, researchers can rely on qualitative indicators: “Teachers tell us that the robot helps them a lot.” 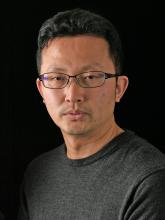 While Jérôme Dinet found help from the LARSEN team and Inria to draft his protocols and research scenarios, he also turned to Japan and the work of Professor Hirokazu Kumazaki, a psychiatrist at the National Institute of Mental Health in Tokyo and researcher at Nagasaki University. This research project is also being conducted in Japan, making it possible to explore the differences in cultural approaches to autism in France and Japan. Hirokazu Kumazaki's project takes a different route: “For our part, we work with adults on job interview situations using two robots: CommU, a rather simple little robot and an android, Actroid-F which looks like a human”, explains the professor, “what we are finding at this stage is that, for people with autism spectrum disorders, interacting with the android produces much less anxiety. Unlike a human being, Actroid-F is easy to understand.” There is a lot of communication between Jérôme Dinet and Hirokazu Kumazaki. In Tokyo, the experience is highly appreciated.