Who are the main players in the world of quantum computing?

Date:
16 Dec. 2020
Changed on 06/01/2021
With the global market estimated to reach a value of $948.82 million by 2025, quantum computing will give a substantial military and economic advantage to whichever countries come out on top in this global technological competition. 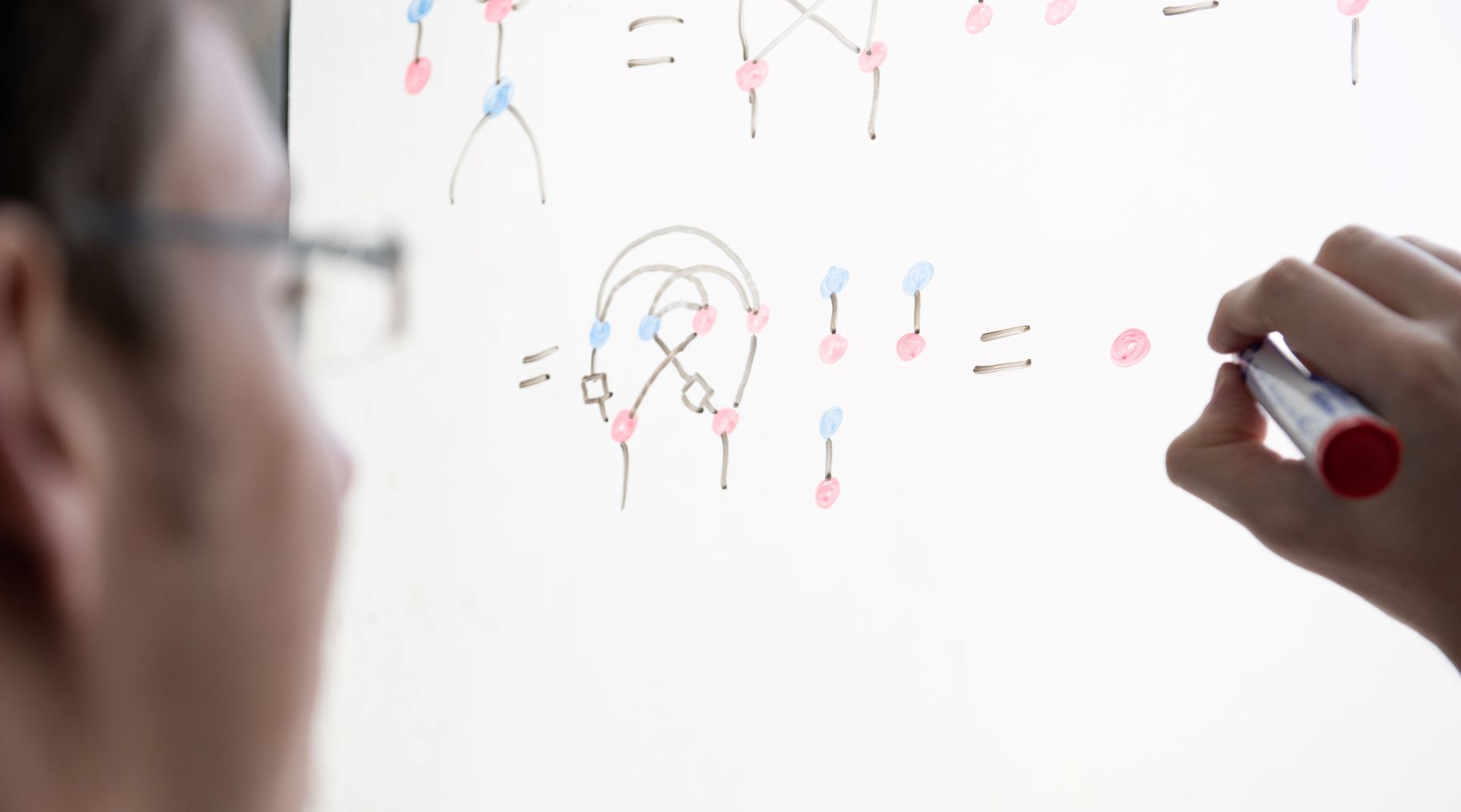 In the USA, the federal inter-agency coordination of research began back in October 2014. Four years later, research and development for quantum technology was made a national priority via the « National Quantum Initiative Act ». Through this bipartisan law, which was passed by the US Congress and signed by Donald J. Trump, $1.2 billion will be spent on the development of quantum information processing over the course of the next decade. Over five years, $625 million will be invested in five research centres specialising in quantum information science across the country. The private sector and American universities, meanwhile, will contribute an additional $340 million to these centres.

The US can also rely on its “Big Tech” companies, operating at the cutting edge of quantum technology. Leading the way are Google, IBM and Microsoft, which have making significant efforts to develop this technology. In August 2020, Google – which has developing its own quantum computer at its artificial intelligence laboratory (QuAIL, a joint initiative with NASA and the Universities Space Research Association) since 2014 – announced that its computer had performed the very first quantum simulation of a chemical reaction. At the same time, IBM announced that it had managed to double the power of its Raleigh quantum computer to 64 qubits. Finally, Microsoft has developed Q#, its own opensource programming language, which will be used to develop and run quantum algorithms.

However, these giants are only the tip of a vast iceberg. The Canadian company D-Wave, has also developed significantly, having recently unveiled the latest generation of its quantum computer. The American start-up Rigetti has also been attracting considerable interest in its prototype 19 qubit general purpose superconducting quantum processors. In August 2020, Rigetti announced that they had raised $79 million to fund the development of a 128 qubit computer.

China, which had made quantum technology a key priority in its thirteenth five-year plan (2016-2020), has stolen a march on the USA in the field of quantum telecommunications, and has caught up in quantum computing. In 2016, the country launched the « Quantum Experiments at Space Scale » programme, better known as Micius, with the aim of carrying out a range of ground-to-space experiments in quantum communication. In 2017, Xi Jinping’s government announced that they would be building a $10 billion national laboratory for quantum information sciences as part of a big push to develop this sector. This investment is paying off: in December 2020, China's leading quantum research group announced that they had created a prototype quantum computer, “Jiuzhang”, capable of detecting up to 76 photons.

China’s tech giants are also extremely active in this sector. In 2015, Alibaba set up its own quantum computing laboratory in order to produce a prototype 50 to 100 qubit quantum computer for general use by 2030. The company has also invested $15 billion in artificial intelligence, FinTech and quantum research. Meanwhile, Baidu, the company behind the eponymous search engine, announced the creation of a quantum computing institute in March 2018, and that same year, in Shenzhen, Tencent launched the Tencent Quantum Lab for scientific research in quantum computing.

Among the ecosystems involved in this quantum computing race, Europe has also made considerable efforts to keep up with the leaders. In May 2016, 3,400 figures from the science, research and corporate world signed the « Quantum Manifesto », a document that calls upon the European Commission and Member States to formulate a joint strategy designed to ensure Europe that remains at the forefront of the second quantum revolution.

Two years later, in October 2018, the European Commission launched the « Quantum Technologies Flagship » programme to support hundreds of quantum science researchers over a ten-year period. Allocated a budget of €1 billion, its aim is to help convert European research into commercial applications that fully exploit the potential of quantum technology.

European Union countries have also launched their own quantum initiatives, with the United Kingdom and Germany leading the way. In 2013, the UK became the first country in Europe to announce its own quantum strategy, investing €370 million over five years. In 2018, the country set up a national computing centre, with the aim of designing, developing and building a quantum computer. Finally, in June 2019, the British government announced an additional investment of £153 million in quantum computing, with industry pledging a further £205 million.

Developments are also starting to be seen in the Netherlands. In early 2020, Mona Keijzer, the country’s State Secretary for Economic Affairs and Climate Policy, announced that around €23.5 million would be invested in quantum technology over the next five years.

France – one of the European leaders in quantum computing

But what about France? Although it can’t claim to be in the same league as the USA and China, France can justifiably claim to be one of Europe’s leading lights in quantum computing.

In April 2019, the French government put Paul Forteza – a Member of Parliament for the LREM party, Jean-Paul Herteman – former CEO of Safran, and Iordanis Kerenidis – Research Director at the CNRS, in charge of a quantum technology task force. A few months later, in January 2020, the report entitled: « Quantique : le virage technologique que la France ne ratera pas » was submitted to the French government. This report, containing a list of proposals aimed at making France a global leader in quantum computing, is expected to form the basis of a national plan to be announced by the end of 2020, and should be hugely beneficial to French research.

The report includes a proposal to create three interdisciplinary quantum computing institutes in Paris, Saclay and Grenoble, where researchers in quantum physics, researchers in applied and theoretical computing, and engineers and manufacturers from the tech sector would be able to work hand in hand.

France has a large pool of researchers working in this sector and with related technologies. These scientists are based at the CNRS, Inria and CEA (the French Alternative Energies and Atomic Energy Commission) laboratories, as well as at centres of excellence at Paris-Saclay University and the Quantum Silicon project in Grenoble. Many have received special recognition in the field of quantum mechanics, such as Serge Haroche, who won the Nobel Prize in 2012, and Alain Aspect, Philippe Grangier and Jean Dalibard, for their experiment on quantum entanglement conducted at Paris-Sud University in 1982.

Meanwhile, at Inria, a number of scientists have been recognised for their research in this field: Mazyar Mirrahimi (Director of Research and head of the Quantic project team), whose pioneering work on controlling and measuring quantum systems earned him the Inria - French Academy of Sciences Young Researcher Prize in 2019; Phong Nguyen (Senior Researcher on the Cascade project team) – a specialist in cryptography who was awarded an ERC Advanced Grant of €2.5 million, and Maria Naya-Plasencia (Senior Researcher on the Secret project team) who was awarded an ERC grant for her work in analysing the security of symmetrical cryptographic systems in a post-quantum world.

The private sector has also been taking the initiative. A number of companies have been investing in this field, beginning with Atos, who launched the Atos Quantum programme in 2016 in anticipation of the development of quantum computing. This specialist in digital transformation then developed a module for simulating quantum noise in its Atos QLM QLM range, which is now used in a number of countries. EDF and Total, meanwhile, have launched programmes dedicated to quantum computing. Both have been collaborating with Pasqal, a start-up specialising in building programmable quantum simulators and quantum computers comprising 2D and 3D atomic matrices. In 2019, Airbus launched an international competition in the field of quantum computing, inviting experts to propose and develop complex modelling and optimisation solutions for the entire life cycle of aircraft. The winners, unveiled in December 2020, are expected to begin working with Airbus experts as early as January 2021 to test and compare their solution.

France has also set up an investment fund – Quantonation, founded by Charles Beigbeder, Christophe Jurczak and Olivier Tonneau in December 2018 – which is dedicated to financing quantum start-ups. The beneficiaries of this funding include Quandela, which began life at the Centre for Nanoscience and Nanotechnology (C2N, CNRS-Paris Saclay University). Founded in 2017 by Pascale Senellart (CNRS Research Director), Valérian Giesz and Niccolo Somaschi, it specialises in developing photonic qubit emitters in the form of single photon sources for the development of optical quantum computers. The French start-up Pasqal has also received funding.

How does a quantum computer work?

A closer look at: post-quantum cryptography