QuaCS and Quandela: highlighting the potential of quantum algorithms

Date:
02 Dec. 2022
Changed on 21/12/2022
QuaCS, an Inria project team specialising in quantum computing, and Quandela, a pioneering start-up in the development of photonic quantum computers, have taken the decision to bring their complementary skill sets together to form a partnership. So far, this partnership has been able to develop an algorithm for simulating the behaviour of photons, as well as a graphical language for optimising photonic circuits. 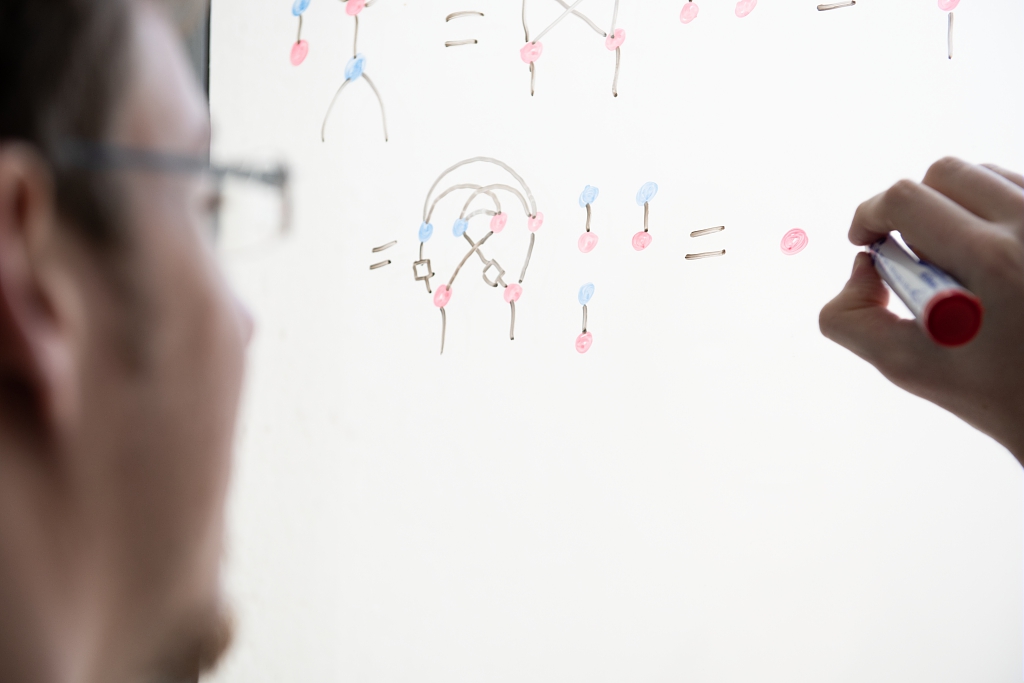 From suppliers to active participants in the world of quantum computing

In 2017 three physicists who were working as researchers at the University of Paris-Saclay created the spin-off Quandela. Their goal from the outset was to showcase what they had produced through their research: a single-photon source capable of emitting individual particles of light. Photons have the potential to open up exciting new opportunities when it comes to the development of next-generation computers. These “quantum” computers utilise the physical properties of the microscopic world in order to carry out operations which current computers are simply not capable of.

But it wasn't long before Quandela began to dream about becoming more than just a components manufacturer for other research laboratories. The start-up set its sights on contributing to the advent of the quantum computer, the capacities of which - particularly in terms of processing speed - will revolutionise so many aspects of our lives: from cryptography and communications to simulations of stock markets and chemical molecules, and even improving industrial materials.

Harnessing the properties of photons

In the autumn of 2020 this rising team was joined by a development officer for quantum algorithms. Because not only does quantum computing employ a completely different physical basis from conventional computing, but it also requires fully dedicated processing. Having since become Chief Research Officer with Quandela, Shane Mansfield is a specialist in quantum computing with a background in public research.

“When people hear that we’re working with photons, straight away they think about physics, but ultimately the end goal is computing”, he explains. “We use the properties specific to quantum physics to carry out processing that would not be possible with a conventional computer.”

This is where photons really come into their own. With other quantum computing technology the units carrying the quantum information - qubits - are static. Photons, meanwhile, travel at the speed of light. By utilising properties native to photons, Shane Mansfield and his team have shown that, for machine learning applications, more advanced processing is possible with quantum photonics than with certain other quantum computing techniques.

A long-standing relationship leading to an industrial partnership

In 2021, seeking to study how to formalise the properties of photons for quantum computing, Shane Mansfield turned to Benoît Valiron, a former colleague of his whom he had met while studying for his PhD at Oxford in the early 2010s. Co-founder of the QuaCS (Quantum Computation Structures) joint project team with Inria, Université Paris-Saclay, CentraleSupélec, ENS Paris-Saclay and CNRS, within the LMF, Valiron had also been a teacher-researcher at CentraleSupélec since 2015, where he “regularly supervised engineering students seeking to familiarise themselves with the world of research”.

When he was contacted by Shane Mansfield, he had spent the previous two and a half years supervising Nicolas Heurtel, a young engineering student who he had introduced to quantum computing. His end of course work placement, which began in May 2021, provided the perfect opportunity to strike up an official partnership between Quandela and QuaCS.

From the start-up’s point of view, QuaCS was seen as a key component in France’s thriving quantum computing ecosystem. “We were fortunate to have access to leading experts capable of supporting us with more fundamental research questions”, says Shane Mansfield.

The work carried out by Shane Mansfield has also made life much easier for Benoît Valiron as a researcher: “He’s very good at interfacing, taking computer scientist’s perspective when it comes to reformulating questions from physics.” In the summer of 2021 Nicolas Heurtel's placement at Quandela was followed by a Cifre PhD, jointly supervised by the two researchers and Pablo Arrighi, head of the QuaCS team and professor at the Université Paris-Saclay.

A language to represent quantum photonics

The first outcome of this partnership was the publication of an algorithm for predicting and simulating the behaviour of photons passing through photonic circuits. Having originated in conventional algorithmics, this tool works on desktop computers and can be used to design and test algorithms, IT protocols and even hardware prior to manufacturing. Backed up by a large database of pre-calculated data, it speeds up processing, and has been used on Perceval, Quandela’s open source photonic platform simulator.

But this partnership has produced more than just simulation. Owing to the complexity of the calculations required in order to build quantum computing circuits, the scientific community has developed a graphical language to represent them, making it easier to identify any errors or instances of redundancy. But such a language had yet to be created for quantum photonics, and so the two researchers turned to Simon Perdrix, head of the MOCQUA project-team, a joint Inria, Loria, Université de Lorraine and CNRS project, at the Inria Nancy - Grand Est centre, who they had also met during their studies. Working with their respective PhD students Nicolas Heurtel and Alexandre Clément, they devised a formal language for linear optics, which has been used for the optimisation of photonic circuits.

One step at a time on the path towards quantum computing

So, what’s next for this partnership? Benoît Valiron has it all planned out: “Instead of working with photons, we want to work with information. What is the best way of encoding it? With one photon? Or several? Does it depend on the number of photons used? Or their positioning?”

This will require extending their reflections on linear optics to a broader framework, as well as introducing time and entangled states. “The quality of the photons Quandela produces means we can now look with confidence towards large-scale quantum computing”, says Shane Mansfield. The road may be long, but the journey is sure to be an exciting one. The start-up is currently working on sources capable of emitting photons in entangled states. Watch this space.

Founded in 2017 by three physicists, Quandela is a spin-off which has developed a source with the capacity to emit light pulses each containing just one photon. Utilising this key component of photonic computing, the company is working on the development of a quantum computer, using photons as carriers of digital information. This will open up access to tasks that are simply not possible using conventional computers.

This Massy-based start-up has just developed Europe's first cloud-accessible quantum computer. Although its capacities remain limited, the possibilities - including the development of a quantum internet - are endless. 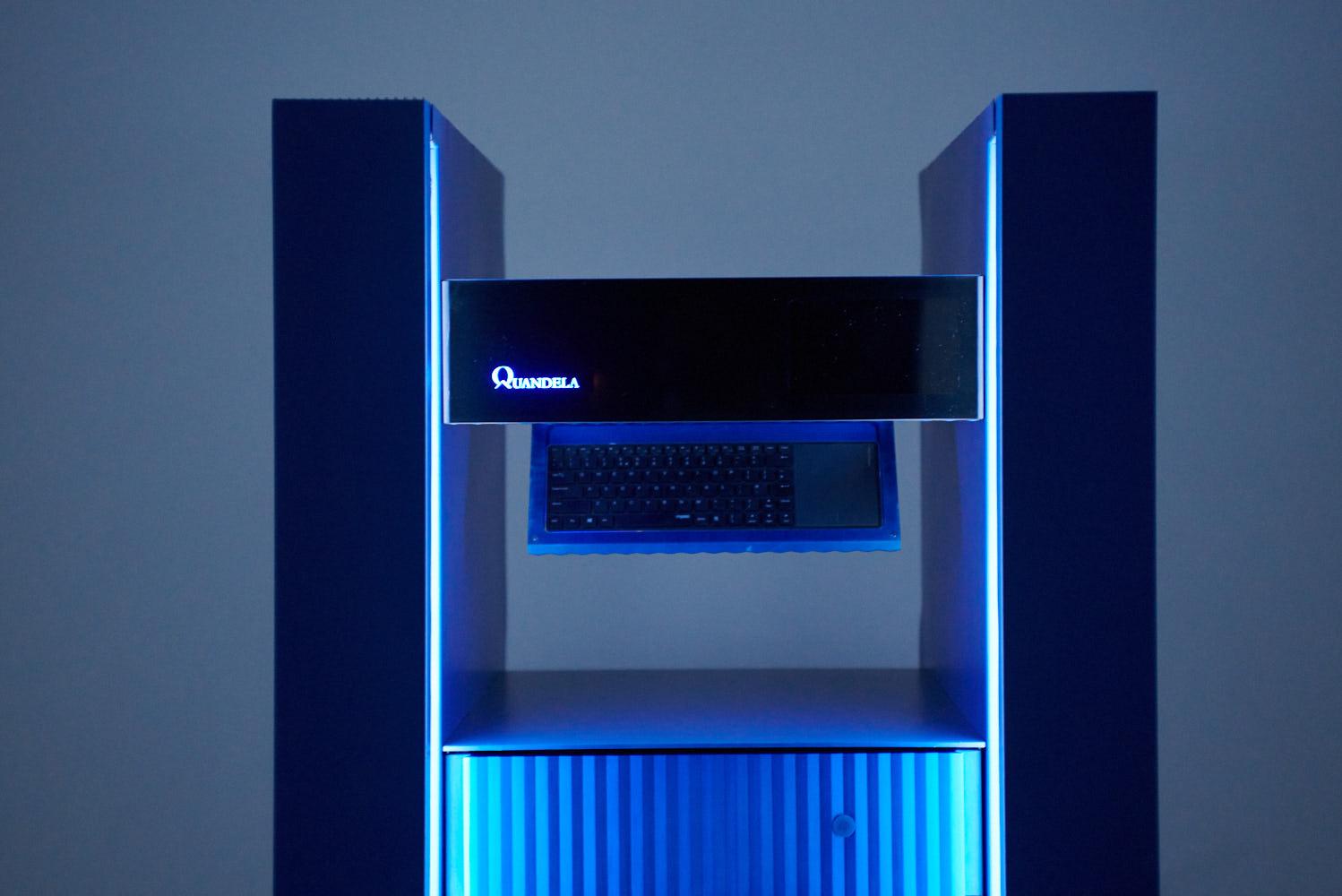