Date:
02 Mar. 2020
Changed on 11/03/2020
As a candidate for the 2020 “My Thesis in 180 Seconds” competition, Nathalie Azevedo Carvalho is set to explain how computer science and mathematics can lead to advances in digital health. More specifically, she will demonstrate that, thanks to parallel computing, her research on neural network simulation may help further our understanding of Parkinson’s disease and perhaps one day lead to a treatment. 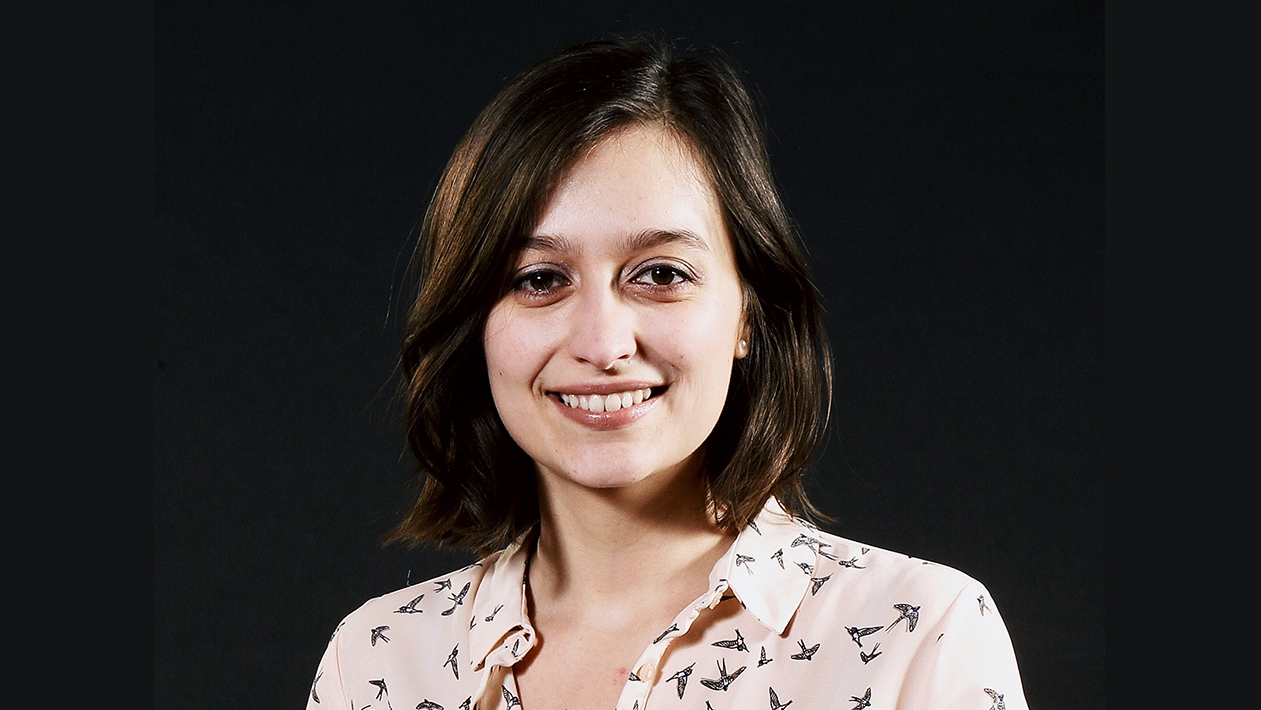 From high school through to her PhD thesis, which she recently began within the Neurosys team, Nathalie Azevedo Carvalho has pursued a career path in mathematics. After completing high school, she started a Bachelor’s Degree in maths, with the idea that she could always change profession later on if she found something else she enjoyed more. But the young Luxembourger’s wanderlust won out and she enrolled on the second year of a Bachelor’s Degree course at Université de Lorraine. The change of scenery proved stimulating, but Nathalie still had no idea what she wanted to do later, unlike her classmates who were aiming to become teachers. In search of inspiration, she attended a number of conferences and discovered the work of a researcher using maths in the field of oncology. For Nathalie, the penny dropped: maths could be applied to something practical!

An internship to explore Parkinson’s disease

Next came a Master’s Degree in applied mathematics. She chose a course at Université Rennes 1 in Scientific Calculation and Modelling, as the brochure highlighted possible career paths in medicine, aeronautics and the automotive industry etc. Driven by her interest in healthcare applications, she carried out her 1st-year Master’s internship in epidemiological modelling where she discovered the pleasures of working in a team and the realities of research. She subsequently began looking for her 2nd-year Master’s internship very early on and contacted the Neurosys project team, which is jointly run by Inria Nancy and Loria and which combines neuroscience, computer science, robotics and modelling.

Nathalie was attracted by the multidisciplinary nature of the team’s work and fascinated by the idea of analysing and modelling neural systems and oscillations, as well as by the very practical medium- and long-term applications, particularly in understanding neurodegenerative diseases. She applied at just the right time, as the team were looking to take on an intern to work on computer modelling of the pathological neural oscillations involved in the shaking that characterises Parkinson’s disease. The placement involved considerable work on optimising the software developed by the team for modelling the disease. Spot on! During her Master’s Degree, she had studied parallel programming with the aim of minimising run time by increasing the number of operations performed per unit of time.

Her work is very promising. Using experimental measurements taken in rats and models of Parkinson’s disease, the aim is to model the part of the brain where neurons synchronise excessively. Once this modelling is complete, it will be possible to test hypotheses regarding the origins of these oscillations using neural networks. To carry out her project, Nathalie had to start with some large-scale bibliographical work: switching from fundamental mathematics to an application as concrete and complex as modelling the brain (even if it is only a part of it) is no mean feat! Fortunately, Nathalie had the right people around her to guide her through this early phase. In addition to Dominique Martinez, her tutor who helped her with the modelling aspects, she was assigned two co-supervisors from Université de Lorraine: Laure Buhry for the maths and biology dimensions of the problem, and Sylvain Contassot-Vivier for the computer science aspects.

At the end of her internship, Nathalie decided to continue her work through a PhD thesis with the same three supervisors. She has now just completed her first year, which she spent further improving the programme, and she has submitted an article describing a new method to simulate neural networks. As software in this field is often slow and uses a lot of memory, Nathalie and her supervisors have attempted a new approach: starting with the biological data, they generated connections between neurons in a (reproducible) pseudo-random manner, rather than storing them in the memory. The optimisation of the programme is such an important matter because the goal is to provide the scientific community with a tool that is accessible to anyone developing hypotheses on the brain, even if they do not have access to a supercomputer. During her second year she will have the opportunity to further develop the modelling of neural networks, with the hope of making sufficient progress to improve the current treatment for Parkinson’s symptoms which has serious side effects, such as depression. Though Nathalie is well aware that her work will not revolutionise the treatment of Parkinson’s disease on its own, it can offer a more immediate benefit by replacing some animal trials with modelling. A meaningful application that brings maths into real life.

On 12 March 2020, at Université de Lorraine, Nathalie Azevedo Carvalho will present her research topic and initial results at the regional final of “My Thesis in 180 Seconds”. This international popularisation competition will present a fresh challenge. Although she is already trilingual, she will have to learn the language of scientific presentations in front of an audience and a panel of judges, but this is the kind of challenge she loves to take on. And after her PhD? Nathalie could move on to postdoctoral research to become a lecturer or join the business world, but she will not be changing the strategy that has always worked so far: deciding step by step and going where her curiosity takes her.