Modelling and simulating a zebrafish swimming: like a fish to water

Date:
11 Feb. 2019
Changed on 06/01/2020
This is the story of a mathematician and a biologist, who came together and dived headfirst into a digital pool to observe zebrafish swimming. The concept behind the collaboration between Afaf Bouharguane (from the MEMPHIS project team, a joint undertaking involving Inria and the University of Bordeaux) and Patrick Babin (from the University of Bordeaux) is to use biological data in order to develop high-quality digital modelling tools, with a view towards making progress in relation to human diseases affecting the human nervous system and locomotor faculties. 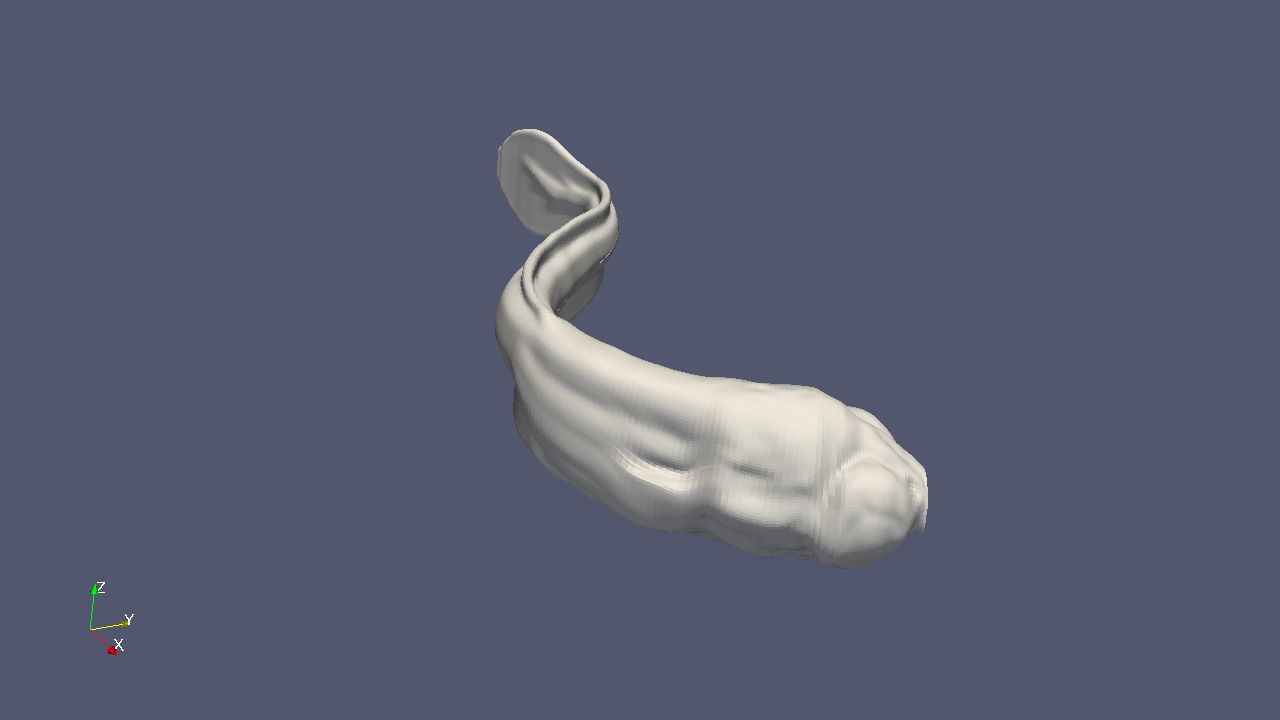 The relevance of the zebrafish model

Although, to a non-biologist, there would appear to be very few similarities between the body structure of a zebrafish and that of a human, in actual fact it is a very close cousin of ours, with a brain, a medulla oblongata and synapses.  A common ancestor, some 450 million years ago, gave us control over locomotion, the very function that Patrick Babin and his team were keen to evaluate. For this purpose, they recorded the reactions of fish larvae to different stimuli using high frame rate cameras (15,000 images/second), a difficult task, but one which enabled them to acquire information on their movement. Using these images will allow the team to carry out a digital simulation of the fish swimming and to quantify any anomalies in their movements.

The benefits of digital simulation

Irrespective of the quality, digital simulation is not designed to replace experimentation, but rather to be used for predictive purposes. By precisely quantifying the differences in movement based on the images, MEMPHIS provide more comprehensive data on factors affecting the fish swimming. And this is where the challenge lies: the team will need to use this data in order to reproduce the locomotion of these vertebrates as realistically as possible, going beyond experimental measurements.

What makes this project innovative is that it pushes the use of digital tools much further. By applying real-life data to concrete cases, the researchers are able to obtain responses that are far more precise than is normally the case. And their ambitions don't stop there, with plans in place for the completion of a 3D model - the challenge that Guillaume Ravel set himself as part of his PhD research. A total of 180,000 images will be needed in order to obtain the three-dimensional structure: this 3D model will make it possible to get even closer to the fish’s geometry and the amplitude of its tail beat, allowing researchers to refine their results and to access quantities impossible to obtain through biology alone.