From medical imaging to the inspection of large structures

Date:
21 Sep. 2021
Changed on 22/09/2021
The new IDEFIX project team is built on firm foundations in two different sectors within a partnership between academic and industrial operators. The team is composed of researchers from the Inria Saclay – Île-de-France research centre, the Institut Polytechnique de Paris (IP Paris) and staff from EDF R&D. Their focus is on developing new imaging technologies capable of efficiently processing data in various applicative contexts such as medical imaging or monitoring components of power plants. 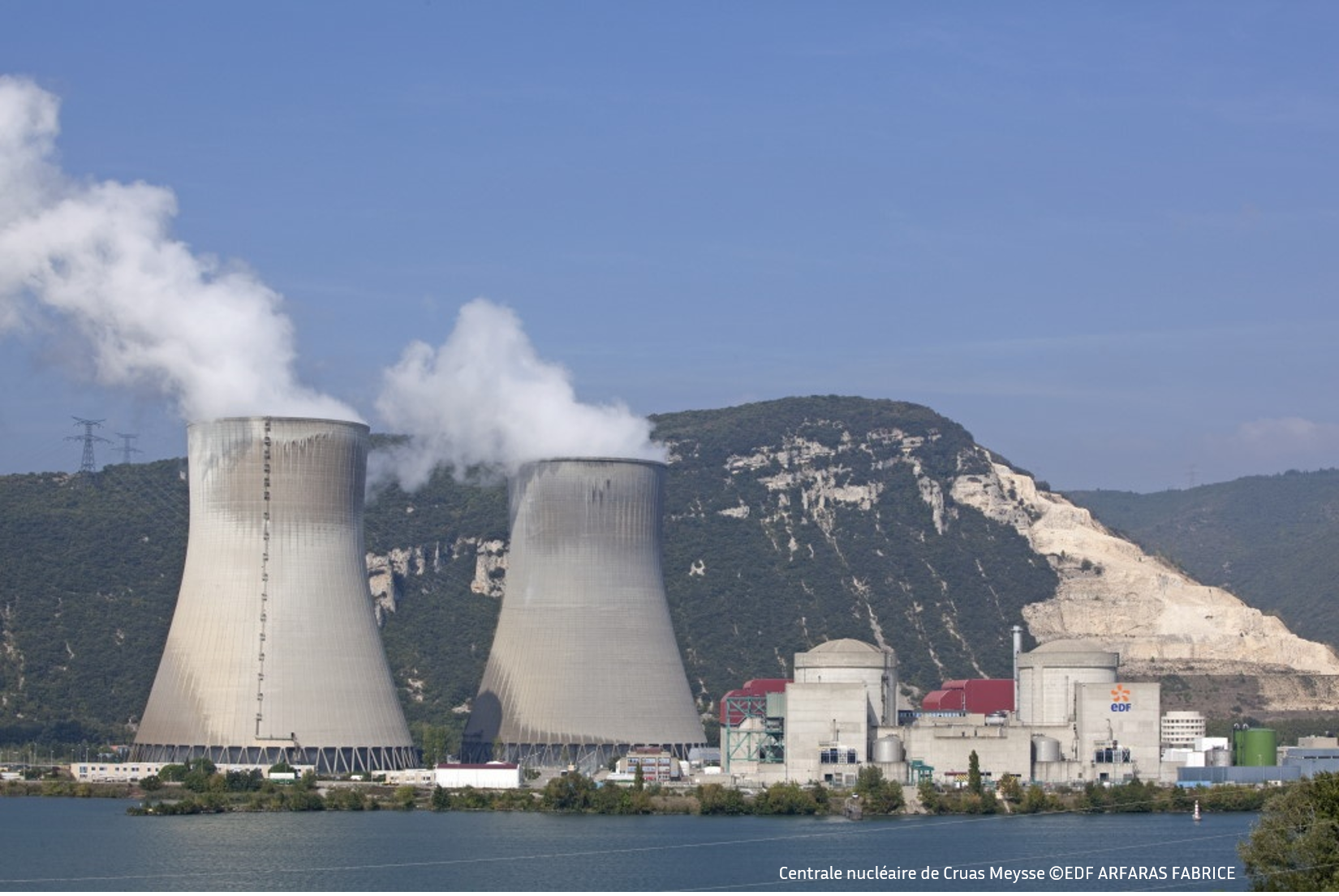 Idéfix is the original French name for Dogmatix, the sweet but stubborn dog that follows Obelix around in the Asterix comics. IDEFIX is also the name given to the new project team from the Inria Saclay – Île-de-France research centre, the Institut Polytechnique de Paris and EDF’s R&D department . The team has little in common with Obelix's dog, other than its curious nature and its name, which is an acronym standing for “Inversion of Differential Equations For Imaging and PhysiX”.

This new project team (composed of four researchers from Inria, four researchers from EDF and a research engineer from IP Paris) specialises in the modelling of imaging experiments in several different fields of application, including medical imaging and the inspection of major civil engineering structures, with the overall aim of developing new methodologies for analysing and detecting certain events.

In general, everything begins with an experiment: “We use a transmitter to send out waves, or sometimes electrical impulses, before collecting the data (the backscattered signal)”, explains Houssem Haddar, a Senior Researcher at Inria and joint leader of this team. “We then use mathematics to model this experiment and possibly track down what we are looking for: this could be an image of cancerous tissue or a defect in a civil engineering structure.”

A broad spectrum of application-based research

Running parallel to the research carried out with EDF’s R&D department, IDEFIX is also working on numerous X-ray imaging, radar (electromagnetism) and sonar (ultrasound) applications. The research carried out in this field will ensure the continuous enhancement of the methodologies used. These projects include biomedical imaging, sound guidance, sound modelling in virtual reality, and the modelling of composite materials.

An academic and industrial partnership

IDEFIX has become the Inria Saclay – Île-de-France centre’s first joint Inria-Industry project team. The partnership with EDF's R&D department owes nothing to chance: Houssem Haddar, a Senior Researcher at Inria, was actually PhD supervisor to Lorenzo Audibert, an R&D project manager at EDF, with whom he is jointly coordinating the research team. The two researchers also regularly collaborated in the activities of a previous Inria team called DEFI (“Détermination de formes et identification” – Form Determination and Identification), and both scientists share an interest in the mathematical modelling of imaging experiments for concrete structures.

For the past three years, the researchers have been working alongside an engineer from the Institut Polytechnique de Paris (IP Paris), who is  an expert in software development for the simulation of sound phenomena and in HPC computing. This technological expertise broadens the team's application spectrum (through 3D sound modeling and virtualization) and strengthens its software base in terms of powerful simulations of wave diffraction problems.

The collected data is used to improve the safety and operation of complex structures, such as dams or certain components of nuclear power plants. Where the two approaches differ is how these structures are analysed, because Inria and EDF have developed expertise in two different, but complementary analysis methodologies. 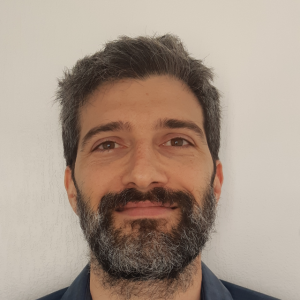 There are interesting parallels to be drawn between these two types of imaging, and mutual benefits to be found, which will enable us to further improve the security of physical systems.

On one hand, there is EDF's method, which does not use physical models and has proven to be very useful for quick inspections: “The data is measured in order to find combinations that will enable us to state whether or not there is a fault by making comparisons with previous knowledge”, explains Lorenzo Audibert. On the other hand, there is the method applied to complex structures, which is favoured by Inria. This is based on the inversion of physical models: the researchers aim to determine the cause of a given phenomenon on the basis of experimental observations of its effects. As Houssem Haddar observes, “This enables us to be more precise with regard to the size of a deposit in a pipe, cracks in concrete, or a defect related to a rock pocket [a cavity associated with incorrectly poured concrete], for example.”

Why work together? “There are interesting parallels to be drawn between these two types of imaging and mutual benefits to be found, which will enable us to further improve the security of physical systems”, explains Lorenzo Audibert. “EDF faces a wide variety of problems encountered in the field (on dams, power plants, heat exchangers, alternators, etc.), all of which can serve as case studies to help us improve and expand the range of mathematical and digital models we use for solving complex and difficult inverse problems”, adds Houssem Haddar at Inria. 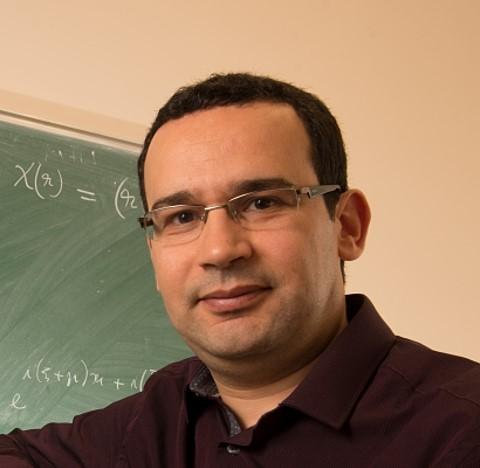 EDF faces a wide variety of problems encountered in the field (on dams, power plants, heat exchangers, alternators, etc.), all of which can serve as case studies to help us improve and expand the range of mathematical and numerical models we use for solving complex and difficult inverse problems. 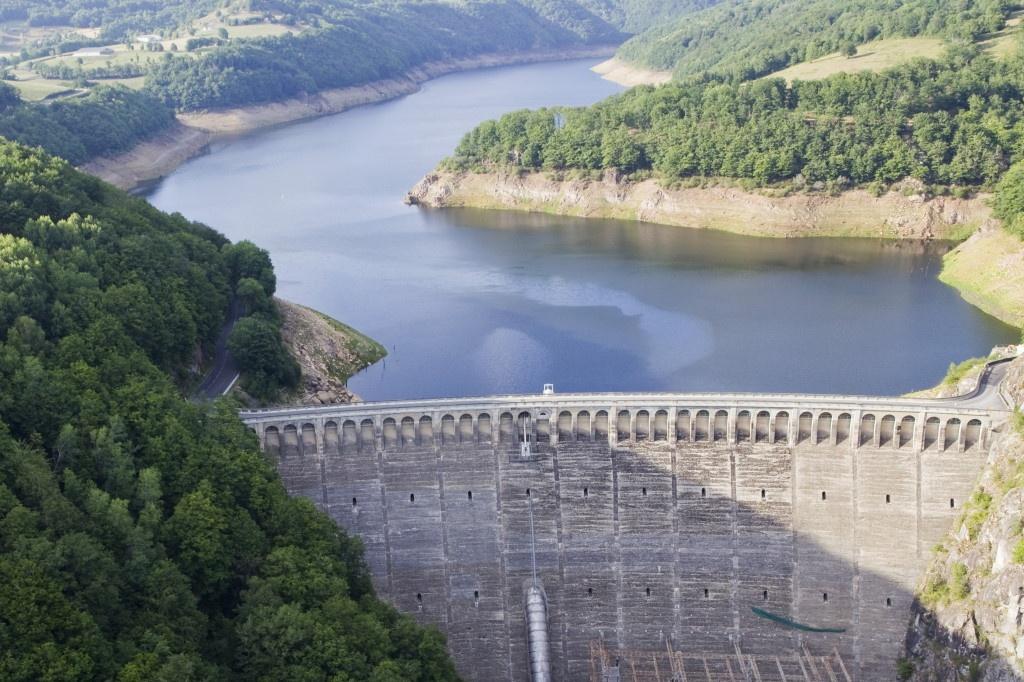 Example of infrastructure studied by IDEFIX 1/5 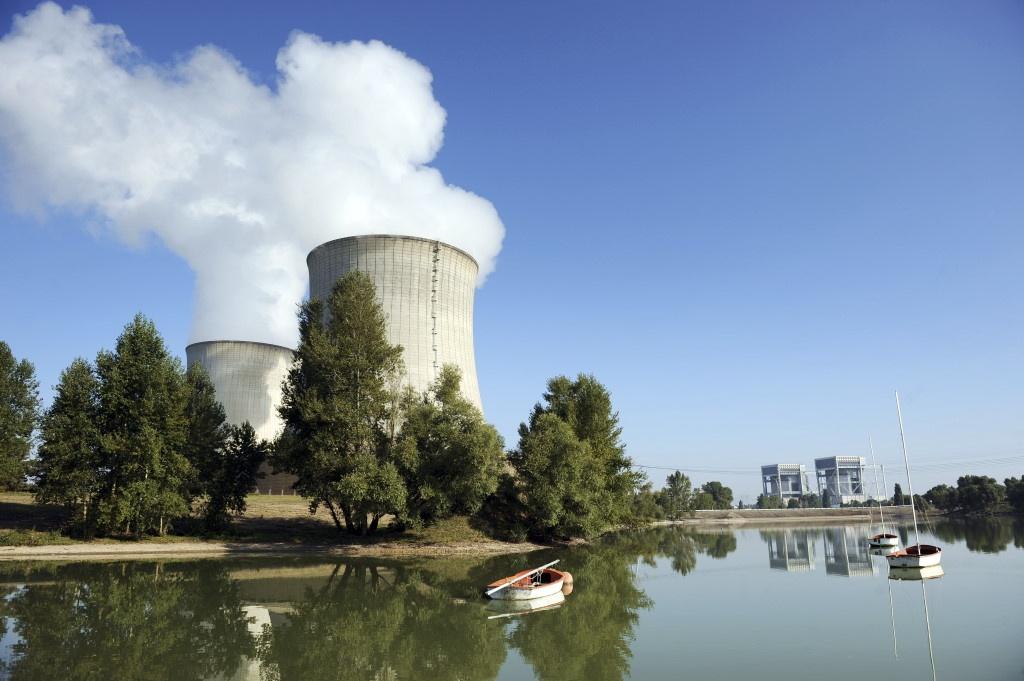 Example of infrastructure studied by IDEFIX 2/5 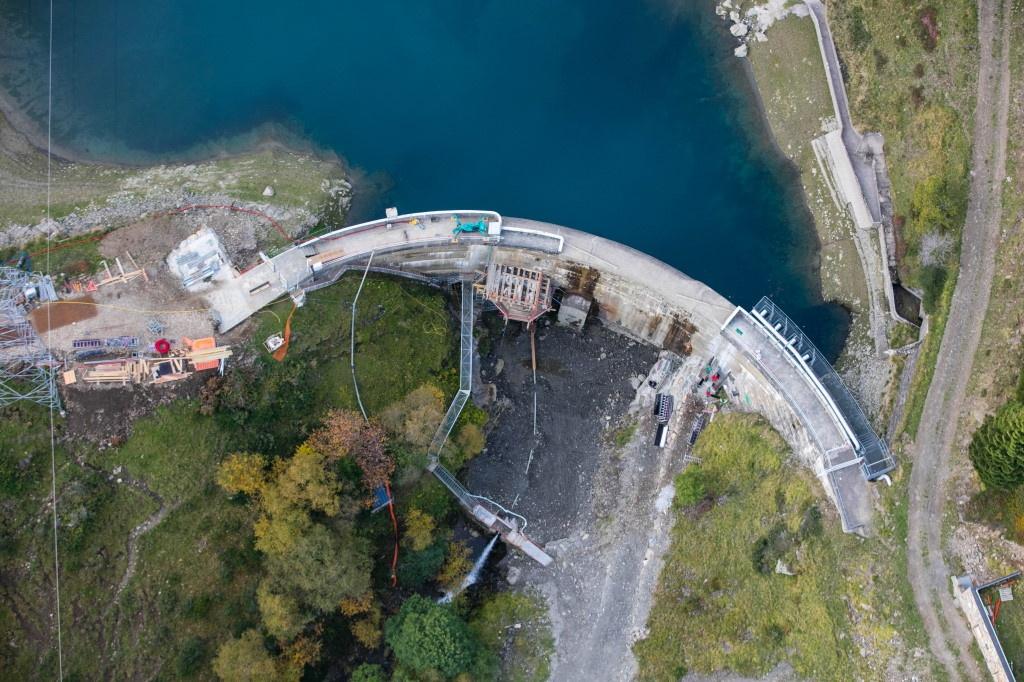 Example of infrastructure studied by IDEFIX 3/5 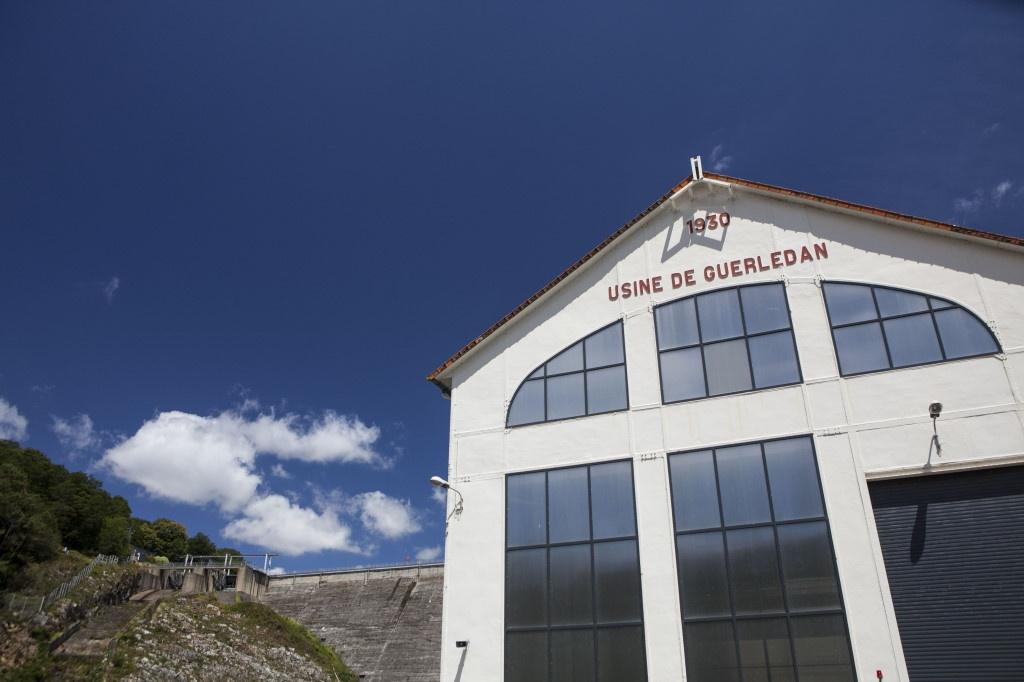 Example of infrastructure studied by IDEFIX 4/5 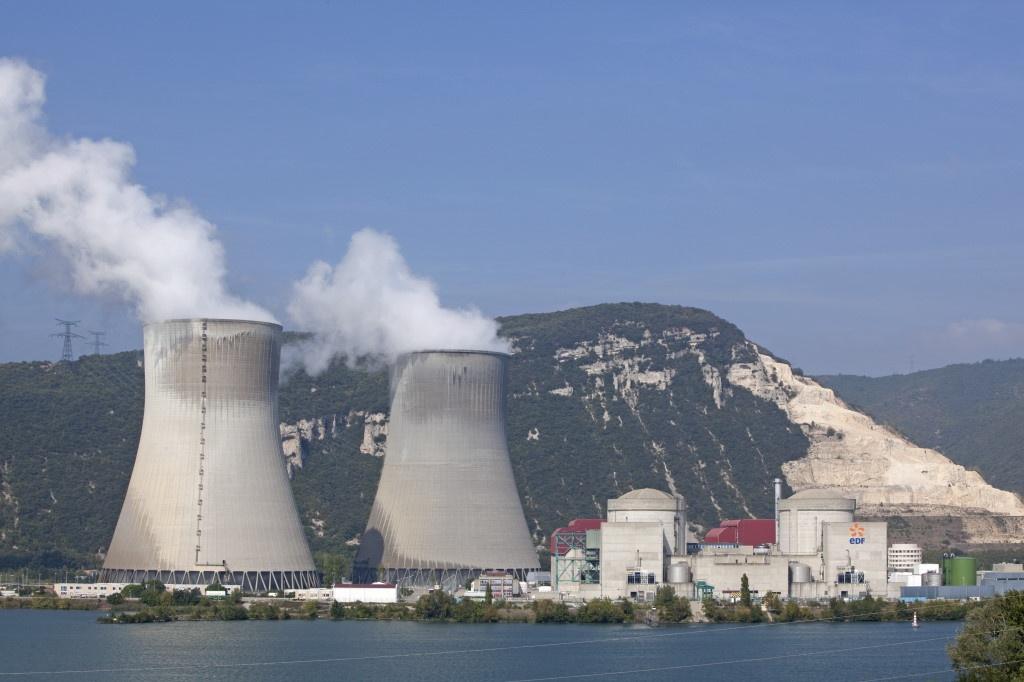 Example of infrastructure studied by IDEFIX 5/5

The IDEFIX researchers are currently working on various aspects of crack detection problems and quantifications of variations in physical properties, linked to factors such as humidity or chemical reactions, for example. They have also set their sights set on a number of issues specific to EDF, which could potentially be studied in the future using similar techniques, such as modelling dam foundations and testing the wear of certain metal components. A number of PhD students and interns are set to join the project team in the near future. Their research and publications will undoubtedly be valuable in helping the team find rapid responses to a number of these shared challenges.

The EDF group is an integrated energy company and operates in all activities related to energy: production, transmission, distribution, trading, energy sales and energy services. With 90% carbon-free electricity, EDF is the world leader in low-carbon energies and has developed a mix production mainly based on nuclear and renewable energy (including hydraulics) and is investing in new technologies to support energetic transition. The group relies on strong R&D on a daily basis to improve its performance in all of its activities and prepare for the future by working on breakthrough technologies. EDF’s R&D covers all businesses and activities in the energy sector, which is why it also carries out research for external, academic or industrial sponsors.