Date:
23 Oct. 2019
Changed on 03/01/2020
From Tehran to rue Simone Riff in the 12tharrondissement of Paris, with periods in Pasadena, and Yale, Mazyar Mirrahimi has travelled extensively and met many people along the way. However it is his remarkable academic career and pioneering research on quantum systems measurement and control that earned this Research Director and leader of the Quantic Team the Inria Young Researcher Award. 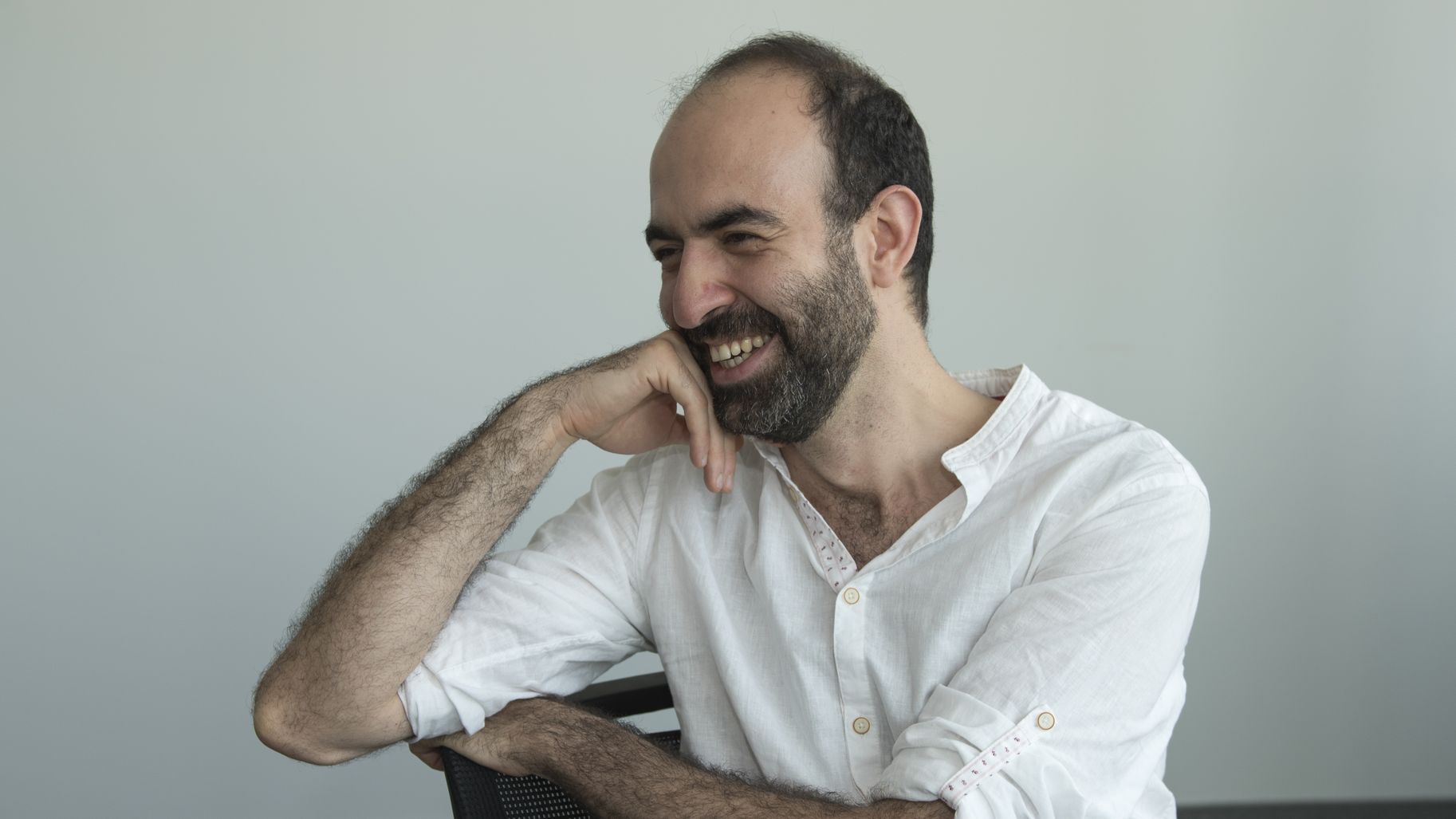 It all began in 2000. After a year of studies at Sharif University of Technology in Tehran and winning a silver medal at the International Mathematics Olympiad, Mazyar Mirrahimi began attending École polytechnique in France, attracted by the multidisciplinary approach of his chosen programme. “That’s when I became really interested in quantum physics and control. I also met Pierre Rouchon, who became my doctoral advisor a few years later.He was the one who suggested that I work on a subject that was under-researched at the time – control of quantum systems. ” In 2005, a few months before defending his PhD, he spent several months at Caltech (California Institute of Technology) with physicist Hideo Mabuchi. “While working with him, I decided to focus my research on feedback control. Looking back, this was a major theme as it dominated my research for nearly a decade! ” The subject is definitely closely related to the problem of error correction, which is a prerequisite for developing future quantum computers. “Whatever their nature, Qubits, units of quantum information, are quite fragile. The smallest disturbance can result in decoherence of the system, which can destroy the superposition of states, which is precisely what makes them useful. The instability of Qubits is a major problem in the development of quantum computing. For now, the short lifespan of Qubits means that only a few thousand logic operations can be performed! ”

Mazyar Mirrahimi joined Inria in 2006 as a research fellow for the Sisyphe team project and returned to Caltech the following year before joining the Laboratoire Kastler Brossel (LKB) (ENS Paris) team led by Serge Haroche, whose courses at Collège de France he had been following for several years. “In 2008, while working with Pierre Rouchon, I was able to use what I had done at Caltech to contribute to an experiment for which the subsequent article was published in Nature in 2011 and cited for the Nobel Prize awarded to Serge Haroche in 2012. The purpose of the experiment was to manipulate photons trapped in a cavity in order to stabilise a quantum state of light. It was the first experiment where feedback control was used on a quantum system. With Pierre Rouchon we proposed a feedback protocol and a filtering algorithm used to estimate the quantum state of the system in real time. ”

In 2011, Mazyar Mirrahimi obtained his Research Director accreditation and in 2012, at just thirty-one years old, he passed the exam to become a Research Director at Inria. These two years were decisive for his career on an administrative level and also marked a significant shift in his research focus. “At the time, I began taking an interest in superconducting quantum circuits, which was seeing great advances.So in 2011, I contacted Michel Devoret, who was the Chair of Mesoscopic Physics at the Collège de France, and asked to join him for a sabbatical year at Yale University where he teaches, in order to work together on the subject. I ended up staying for two years! "

“A multidisciplinary approach is an asset”

Since 2013, Mazyar Mirrahimi has been heading up the Quantic team (Inria-ENS-UMPC-Mines Paristech) whose activities focus on two primary research themes. The first concerns the correction of quantum errors by using superconducting cavities instead of muliple-Qubit systems. The second focuses on the development of a feedback method inspired by reservoir engineering, which would be used to replace standard "physics” measurement methods used to control quantum systems via other quantum systems. With five permanent researchers, the team has a unique position at the interface between theoretical and experimental research and at the intersection between applied mathematics, experimental quantum physics and engineering. For Mirrahimi, this multidisciplinary approach is a huge asset because operational quantum computing is still a long way down the road. “In the coming years, we’ll see a number of advances, with the development of computers for high-precision applications, like what Google is doing with the simulation of the behaviour of large molecules, or the Canadian company, D-Wave, on solving optimisation problems. However, we’ll probably have to wait a bit longer before a universal programmable quantum computer is available. ” In the meantime, Mazyar Mirrahimi plans to keep learning, testing new ideas, publishing other articles (he has already published over fifty) and meeting other researchers, as he has done throughout his short career. What’s his message for young people? “Don’t hesitate to step outside the confines of your original field, travel, take advantage of sabbaticals, be open to other disciplines. It's the best way to make progress! ”

Michel Devoret, Professor at Yale University (USA)
“I met Mazyar in 2009 while teaching a course at the Collège de France. Since then, he spends a few months each year in our laboratory. Our collaboration has and continues to be extremely fruitful. It has led to some twenty publications, in many prestigious peer-reviewed journals, including Nature and Science. However, the quality of Mazyar's scientific contributions goes far beyond this! Mazyar has a unique mind, and he has created a completely new field of quantum error correction – efficient quantum error correction hardware. The system that he proposed has allowed us to experimentally prove effective error correction beyond the break-even point, which had never before been observed. I wouldn’t hesitate to classify Mazyar in the category of French applied mathematicians who have had a great impact on physics, just like Benoît Mandelbrot. I am thrilled that has been awarded this Inria Award.”
Rodolphe Sepulchre, Professor at the University of Cambridge (UK)
“I was the rapporteur for Mazyar’s PhD defence in 2005. We could see the basis of quantum control in his unprecedented work. By this I mean a rigorous mathematical framework directly inspired by atomic-scale control questions faced by experimental researchers, and particularly the central idea of feedback control in a context where measurement influences the state of the system. In the ten years that followed, Mazyar and his team became pioneers in quantum control, leading internationally ground-breaking experimental and theoretical research. This man is a reflection of his work. With his discreet smile, he is always willing to use simple words to re-explain the latest advances in a theory that few scientists currently understand.”