Date:
14 Jan. 2021
Changed on 21/01/2021
After returning to France after a period of 23 years in the United States, Mathieu Desbrun’s research aims to improve the transposition of equations that model our world into a digital format by giving them a geometrical shape. The researcher has been named a 2021 ACF fellow for his contribution to computer science and recently joined the Inria Saclay - Île-de-France centre and the École polytechnique. 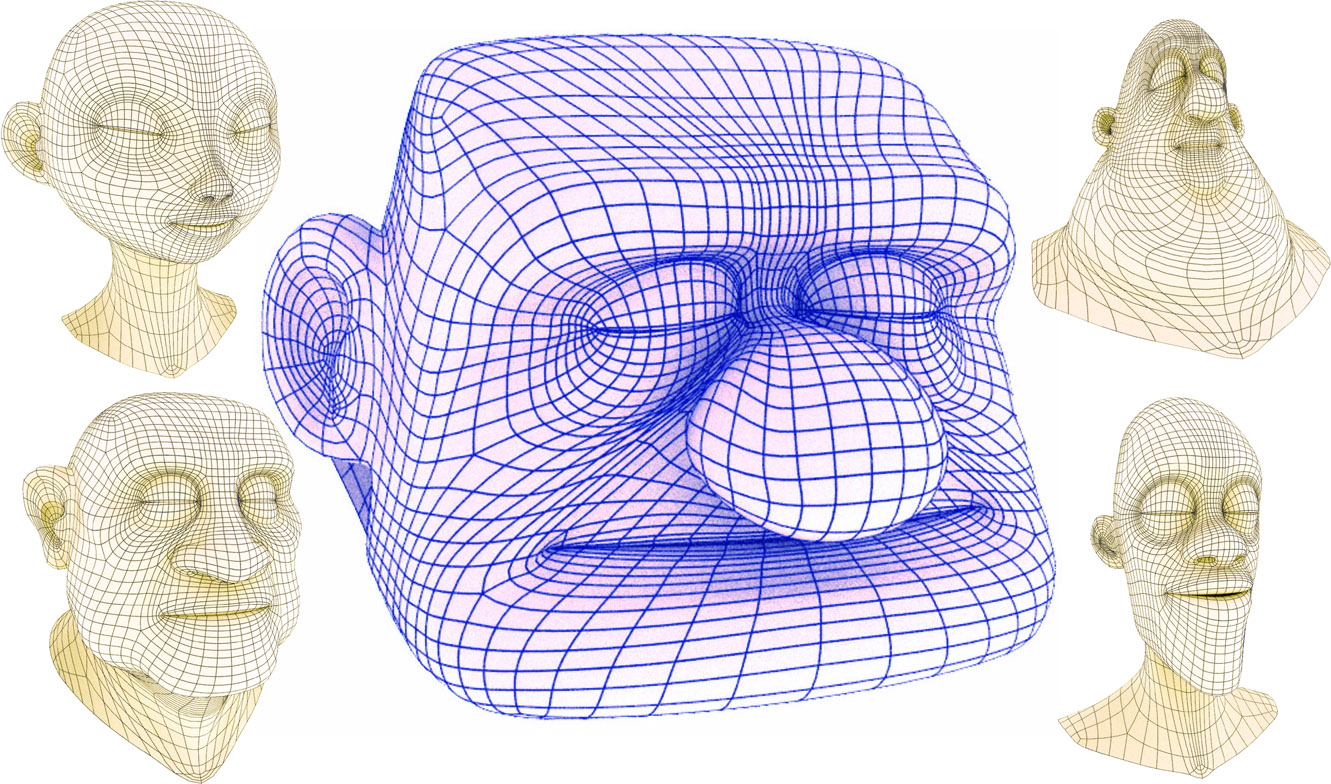 From fractals to research

While a student at engineering school, at Ensimag in Grenoble, Mathieu Desbrun enjoyed making fractals - mathematical objects that often appear hypnotic and contain similarities at all levels. His talent earned him the recognition of one of his teachers at the time, “who liked the pictures and put them up in his office” the researcher remembers.

Most importantly, he introduced him to the world of research which he had not previously considered as a career choice: “the teacher came to see me one day and told me that a research team in image synthesis was going to be set up in Grenoble and he suggested that I contact them to see if they had an interesting internship to offer me. I did, and I don't regret it!”

Mathieu Desbrun completed a DEA (Master’s 2) in parallel with his final year at Engineering school, then turned down an initial job offer to instead start a PhD in image synthesis at the University of Grenoble, which he considered more attractive.

He subsequently joined forces with lnria through the Imagis project-team, completed his PhD then left for a postdoctoral position due to last a year and a half in the United States, at the prestigious California Institute of Technology (Caltech). He worked for over 23 years in California, mainly at Caltech as a teacher specialised in applied geometry, a term he created to highlight the importance of applications in his research.

Digitising the discoveries of Élie Cartan

“The term geometry is unfortunately not very clear” he says. “It tends to suggest trigonometry for non-scientists, and is generally considered a bit vague for scientists”. To explain, Mathieu Desbrun refers to the influential figure of the great French mathematician Élie Cartan, who he discovered later on by chance. The latter, who died in 1951, is known in particular for his work in differential geometry (the application of differential calculus to the study of geometry).

“He showed that lots of scientific work (for example on relativistic mechanics, fluid mechanics etc.) can be described in a purely geometrical way. There is no need to refer to a coordinate system. The invariants and symmetry of these models are clearly revealed instead of being hidden in obscure equations", explains Mathieu Desbrun.

Simulating continuous equations on a computer

Nearly 100 years later (Élie Cartan carried out the majority of his research before his appointment to the Academy of Sciences in 1931), “we use computer science to try and digitally reproduce the fundamental equations that model the world around us” explains the researcher. “The difficulty lies in reproducing these continuous equations (using differential concepts and therefore based on infinitesimals) on computers that can only handle discrete things, i.e. a series of numbers".

Back to the roots

Mathieu Desbrun’s work has led to numerous publications and is used by companies in multiple sectors, often because they are interested in “the possibilities offered by our discrete exterior calculus, or because they need to execute fast and reliable geometric calculations". This is the case, for example, of the simulation of the air resistance of cars, trains or planes, the modelling of certain organs of the human body and the circulatory system and the creation of special effects in films.

After returning to France, Mathieu Desbrun – on leave from Caltech for an undetermined duration – recently joined the Inria Saclay – Île-de-France centre as a senior researcher and the LIX (the computer science laboratory of the École Polytechnique) as a teacher. He is also planning to continue research in Europe on a topic in related to applied geometry. “I am aiming to create a team that can not only take further the geometric and digital aspects that interest me, but which will also allow me to fully interact with local expertise in related fields” The aim is to establish a unique intellectual environment in Saclay that is attractive on an international level.

Pixar Animation Studios takes an interest in the subject

Through his work and that of his former students (two of the four permanent researchers at Pixar, Mark Meyer and Fernando de Goes, were his PhD students), Mathieu Desbrun has contributed regularly, either directly or indirectly, to the studio’s new productions.

Among other things, the studio uses discretized differential geometry to improve the modelling and deformation of three-dimensional shapes, including everything related to the positioning and movement of fur or hair.

PhD in infographics and image synthesis at the University of Grenoble, then departure for postdoctoral research at Caltech

Teacher-researcher at Caltech; in 2009, formed the Computing and Mathematical Sciences department and managed the multidisciplinary Information Science and Technology programme at the university until 2015.