The first human to have created a computer programme was a woman: Ada Lovelace, who was born in 1815, was actually the first person ever to write an algorithm that could be executed by a machine!

Well before her, Hypatia of Alexandria, a mathematician and astronomer born between 355 and 370 AD, had already drawn up a process for constructing an astrolabe, to predict the position of the planets.

After that, many other women followed her lead and had a decisive influence on the history of computing: Grace Hopper, Hedy Lamarr, Ingrid Daubechies and many others... contrary to sexist stereotypes, their stories throw a more egalitarian light on the history of the digital sciences.

On the occasion of International Women's Day, let's head to Inria Nancy-Grand Est to meet three women who are creating the IT of the future. They tell us about their jobs and their experiences as women in working in science. Girls, take note and climb on board (the autonomous vehicle) - the digital sciences are for you! 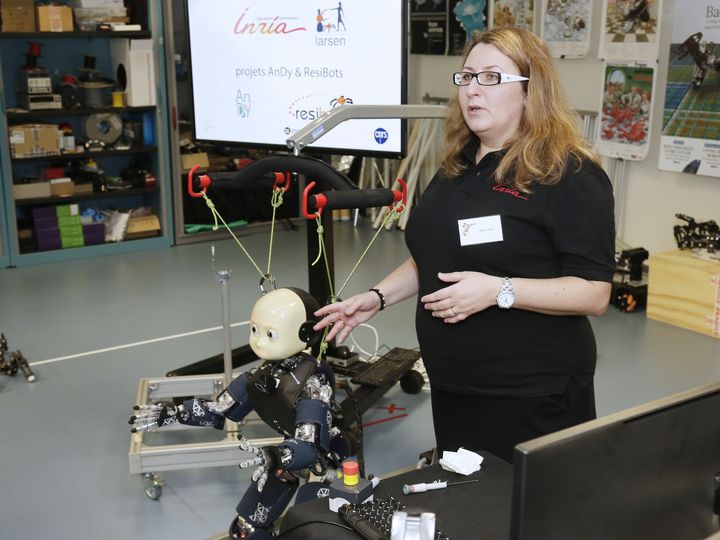 Having been passionate about robots and science fiction for as long as she can remember, her job has given her the chance to make her dream come true: to create robots capable of interacting with people and helping them. Inspired as much by Marie Curie as by astronauts or even Isaac Asimov, Serena finds her energy in her curiosity and constant desire to learn new things. 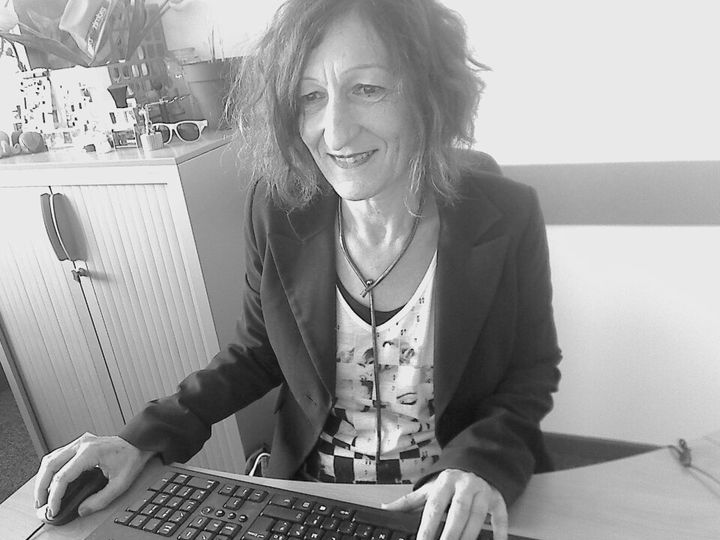 When she was little, she wanted to be a cosmonaut, then a biology researcher, then an explorer, then a detective… Finally, as a network engineer, in a way she has become all of them at the same time: she might often have her head in the stars, but she analyses facts and conducts investigations to make computer applications more efficient and more user-friendly! 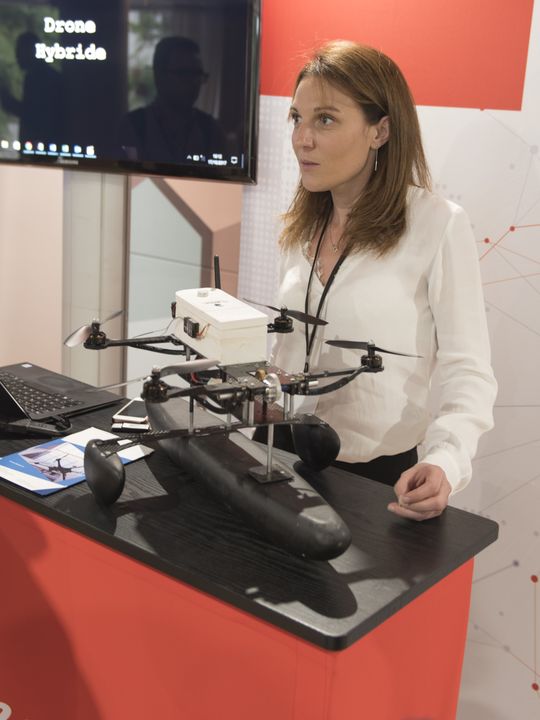 Anne-Sophie Didelot, head of a startup

Anne-Sophie is passionate about entrepreneurship, adventure, risk and surprises: a cocktail that pretty well says it all about the life of this mum of two, who is both an accomplished mother and a happy and successful businesswoman! One encounter played a decisive part in her life: her meeting with Laurent Ciarletta, a lecturer and researcher who originally set up ALERION, the startup she chairs today.

What does your job consist of?

Researcher, now thatisa full-time job! My head is constantly bubbling with questions and ideas. For each project, I focus on one or a few questions for which I figure out avenues to work on to find answers. I think of hypotheses and then I experiment to see if they are correct.

I supervise a team of PhD students, engineers and post-doctoral researchers, who I'm teaching to work as a team along with my scientist colleagues. There is no discrimination by age, gender or nationality: we are all working together to reach the same goal! We work with other teams in Europe, so it's very important to be able to be open-minded.

I also attend meetings in many institutes as well as national and international conferences, which enables me to meet other colleagues and to present my work to them so that they can critique it and I can improve. And at the same time, it also allows me to travel. Which is definitely one of the positive aspects of my job!

My department's job is to provide the scientists with the means to produce and store research data (calculations, theses, articles, etc.) and to provide them with means of communication and dissemination (networks, video-conferencing, collaboration tools and so on) so that they can collaborate with colleagues anywhere in the world. The fire at the Great Library of Alexandria (if it ever existed) destroyed a great deal of knowledge. To ensure that history does not repeat itself, the tools I provide have to be robust, reliable, secure and backed up. I also provide users with support, advice and recommendations.

My job therefore has a technical side and an educational side; it requires an ability to listen and constantly keep your technical skills up to date.

My job encompasses a lot of different jobs: team manager, strategist, writer, meeting organiser, project leader, etc. I love the diversity of it! It's a position that gives me the chance to meet a lot of people from different backgrounds and nationalities and since I believe that it's our contacts with others that enrich us, I really consider myself lucky. Spreading the feminist word is also a something that drives me: women can be more ambitious and help the world - it would be a shame not to use our skills!

What does it mean to you being a woman in a scientific job?

The world of work is still often dominated by men, and as a woman, you need to put in double the effort to make a place for yourself. But if you build relations of trust and your work is good, I think you can integrate well.

These days, to my mind, being a female scientist is not so extraordinary, even if there are fewer women on science courses in higher education. Still, that enables us to differentiate ourselves and to stand out: you have to turn that into a strength!

On the other hand, being a female head of a company in the drone world, that's less common - and I have made it work to my advantage. At events where the (numerous) firms in the drone business get together, I've been nicknamed "Madame Drones": ALERION's identity has therefore also been built around the fact that I'm a woman, and I take advantage of that!

When I was studying biology, there was almost an equal number of men and women. Although in the digital world women are under-represented, especially among engineers, the gender issue does not really come up in my work environment. The strength of a team resides in the diversity and mix in its members, even if I have to admit that I sometimes don't get the geek humour of some of my male colleagues ;-).

It is often pointed out to me that there are not many women working in the robotics field, but that's not important. What's important to me is that I get up every morning knowing that I'm going to give it everything I've got. I hope that the example I set will encourage other women to do whatever they want, without listening to anyone who says "it's not a job for a woman"!