Date:
12 Dec. 2018
Changed on 14/01/2020
Biomedical engineers at Duke University, in collaboration with Inria and the Institut Pasteur (Paris), have shown experimentally that there is more than one flavor of antibiotic resistance and that it could -- and should -- be taken advantage of to keep first-line antibiotics in our medical arsenal. 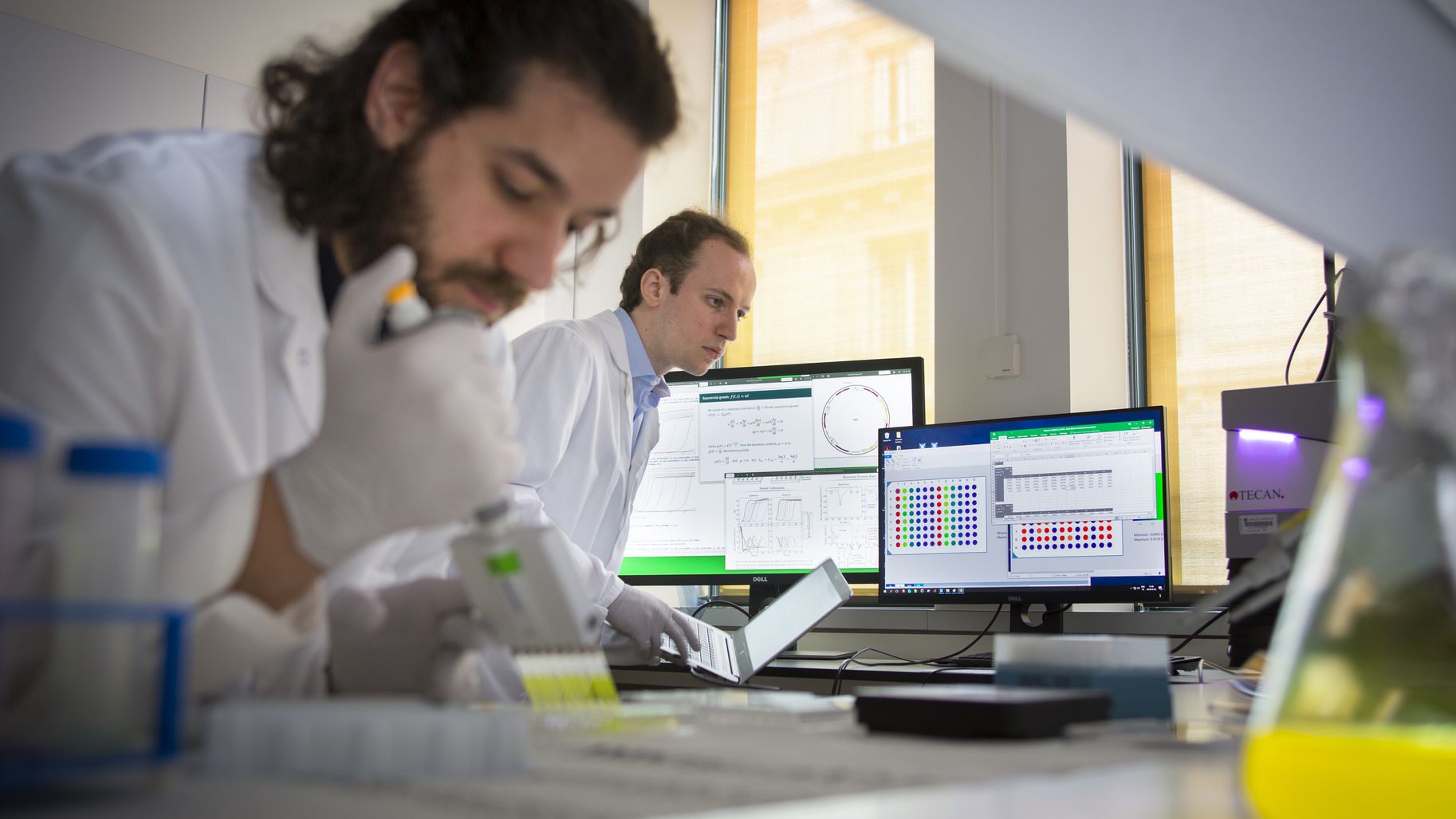 In a study appearing online Dec. 7 in the journalScience Advances, the researchers show why doctors should be paying more attention to whether a pathogen is resistant or merely resilient against common beta-lactam antibiotics, such as penicillin and its derivatives.

Resistant strains of bacteria can soldier through a dose of beta-lactam antibiotics with little disturbance to their population levels. Resilient strains, however, suffer a population crash before their community can secrete enough beta-lactamase enzymes to degrade the antibiotic to a tolerable level. If clinicians test an infection by dosing a culture and checking only the end results, they miss the difference between resistant and resilient responses.

“Clinicians have not historically distinguished between these two scenarios,” said Lingchong You, the Paul Ruffin Scarborough Associate Professor of Engineering at Duke. “But as beta-lactam-tolerant pathogens become more common, I believe this distinction could become extremely important.”

While an individual bacterium can be resistant to antibiotics, resilience only arises within a community. This happens when bacterial cells produce enough beta-lactamases to degrade the antibiotics, but not enough to save themselves from the initial onslaught. As some cells die and release more and more of the enzyme, however, the population as a whole eventually rids their environment of the antibiotic.

A new mathematical model to predict the behaviour of bacteria...

In their works, Lingchong You and Hannah Meredith, now a postdoctoral researcher at the London School of Hygiene and Tropical Medicine, track the populations of several beta-lactam-tolerant strains of bacteria over time when exposed to beta-lactam antibiotics. They then use the responses to quantify the bacteria population’s levels of resistance and/or resilience, creating a method to put values to resistance or resilience for the first time. To this end, they developed with Virgile Andreani and his doctoral advisor Gregory Batt, from the Institut Pasteur and Inria, a mathematical model able to describe and predict the response of these strains to antibiotic applications, and help understanding which biological parameters were responsible for the resistance or resilience levels.

In practice, the study offers a framework for researchers to begin designing tests that can swiftly measure an infection for these two separate responses. In You’s opinion, it’s a procedure that will have to become more common in the future.

... And, to propose more appropriate treatments

With a measure of a strain’s resilience in hand, doctors could prescribe a regimen of antibiotics perfectly timed to hit an infection repeatedly during the colony’s weakest points. This approach could allow doctors to continue using first-line antibiotics on pathogens that otherwise would be characterized as resistant and treated with more powerful antibiotics, a practice that will degrade the medicine’s usefulness over time.

“We’re still in a stage where doctors don’t do a detailed diagnosis of what specific infection a patient is suffering from, they just prescribe these antibiotics because they’ll probably work after two weeks. And if they don’t, they’ll just try a different one,” said Lingchong You. “But I think as these beta-lactam-resistant strains continue to spread around the world and become more common, our diagnoses will have to catch up so we can provide more tailored dosing protocols.”

The study was a result of a collaboration between the You lab and infectious disease specialist Deverick Anderson at the Duke School of Medicine, as well as Gregory Batt and his graduate student Virgile Andreani at Inria and the Institut Pasteur in Paris, France. Other researchers include a current You lab graduate student, Helena Ma, and two former graduate students, Allison Lopatkin and Anna Lee.