Date:
09 Jan. 2020
Changed on 16/01/2020
Vincent Hayward has been awarded the Inria - French Academy of Sciences Grand Prize for 2019, for the exceptional contribution he has made to IT and mathematics. A genuine pioneer in the field of haptic perception, the discipline exploring the sense of touch, Hayward has contributed both in terms of his theoretical research and the sensory stimulation systems and start-ups that he has created. This award is confirmation of his conviction that, with an industry very much on the rise, the sense of touch is in no way inferior to the other senses. 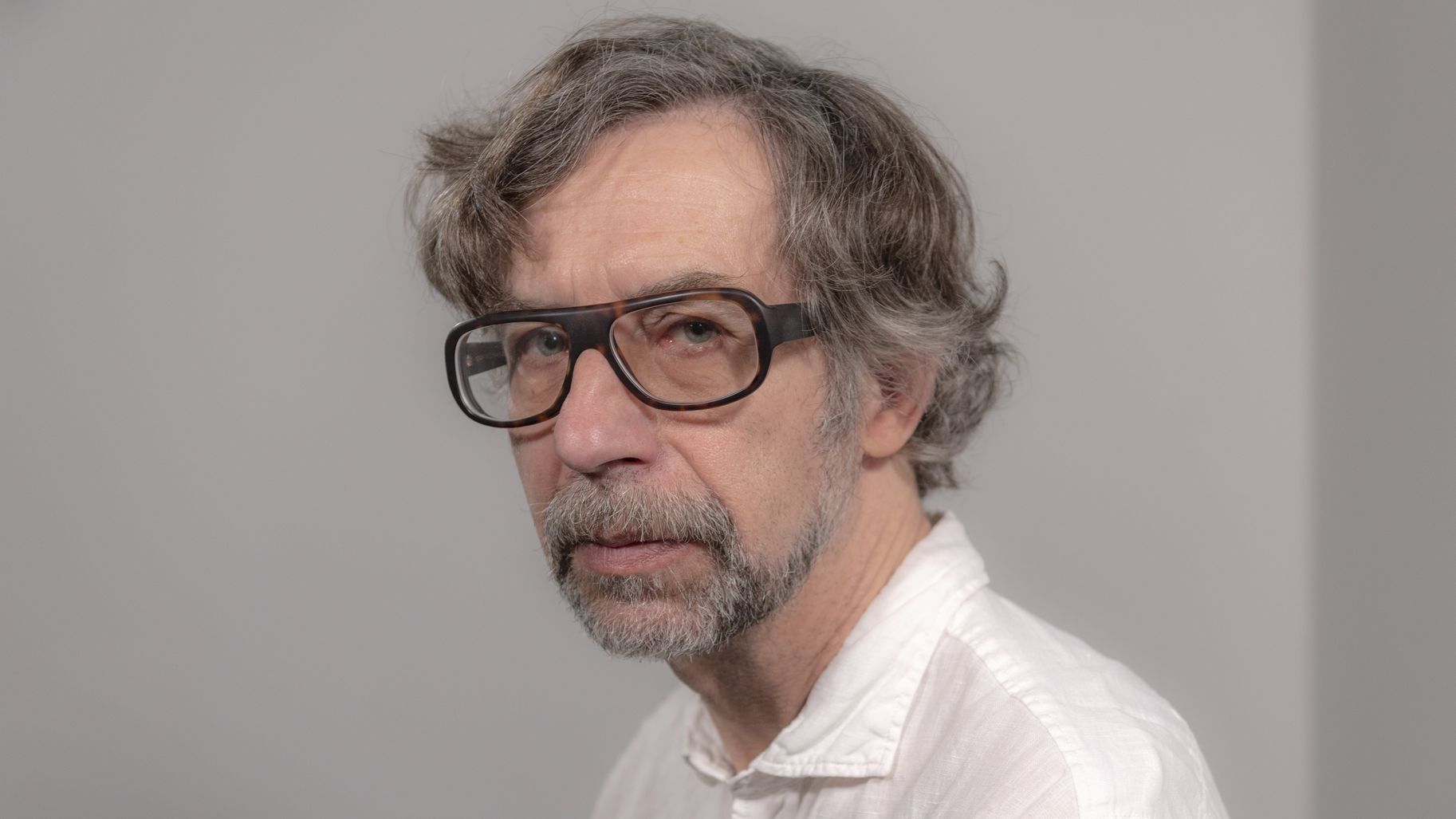 Inspired by his mother, who worked as a speech therapist, Vincent Hayward has always been interested in the senses. As a percussionist, his initial goal was to study for a PhD in musical acoustics. That project fizzled out, however, following the retirement of Émile Leipp, the professor with whom he had wanted to work on the physics of percussion membranes. Instead, he began a PhD on speech synthesis at the Laboratoire d'Informatique pour la Mécanique et les Sciences de l'Ingénieur (LIMSI*). This project also came to a sudden end, leaving him with no other choice but to completely change subject. It might have been a hard blow to take for the young researcher but, as he says now, “you have to be adaptable”. He found a solution within the LIMSI, still in the field of language, only this time it was robot programming that he would choose as the subject for his PhD.

A solid grounding in robotics

And so Vincent Hayward found himself in robotics. This was in the late 1970s, at a time when professional computing may have been on the rise, but personal computers remained a rarity. Everything was still to play for. Two years as a postdoc researcher at Purdue University (USA) helped Hayward hone his skills in the programming of industrial robots with a view towards enhancing their sensory features for use in production systems.

Upon his return to France in 1983, he was recruited by the CNRS to continue his research into these areas, and joined the LIMSI. Less than three years later, itchy feet got the better of him once again, and Hayward left for a post at McGill University in Montreal (Canada). Here, too, he was forced to adapt, having taken up a post in electrical engineering, but thanks to his research into servo control and robotics, he found this relatively straightforward. He would stay there for 25 years, his research focusing, for the most part, on industrial questions, including remote operation in spatial robotics and the maintenance of overhead power lines.

Vincent Hayward can still remember when he made the switch to haptic perception. One evening in December 1991, he met Christophe Ramstein, a researcher at an institute in Montreal, who was interested in the accessibility of machine interfaces for the visually impaired. Until then, computers had been operated using keyboard commands via lines of code. The emergence and the standardisation of graphic interfaces had one unexpected consequence in that it sidelined the visually impaired, who up until then had used a keyboard and a braille terminal. The idea that Hayward’s colleague came up with was to translate these visual interfaces into something that would be accessible through hearing and touch. Vincent Hayward found this subject fascinating, and the two quickly developed an articulated robot that could be touched and which was capable of moving in two dimensions. Christened “the pantograph”, this device made it possible to “explore” the screen and to “touch” digital objects by reproducing the physical sensation of bumping against an object. Simply by clicking, users were able to make objects identify themselves aurally, e.g.: “I am the inbox”. The quality and the simplicity of the end product, allied to the limited resources needed to run it, proved impressive.

This project presented Vincent Hayward with an obvious working subject and one that would enable him to get back in touch with one of his former passions. In so doing, he became one of the founders of a whole research field in its own right, and one that was practically unexplored, with the international community of researchers working in this field having been reduced to a handful of people by around 1991/1992.

Working together in order to evolve

Over time, the pantograph revealed a series of surprising perceptual phenomena, so-called “haptic illusions”. In order to explain them, it is necessary to focus on how our brains work. Vincent Hayward launched himself headfirst into the research that continues to take up his time today with one simple idea: to use skills acquired in robotics as a springboard for exploring the nervous system. One problem quickly emerged: in order to develop a proper understanding of the sense of touch, you need to have a good knowledge of the relevant biological foundations, from biomechanics through to behaviour - - an area that was completely alien to Vincent Hayward. This realisation sparked a range of collaborations with neurophysiologists specialising in touch, two of whom would leave a lasting impression on Hayward: Allan Smith, who taught him the basics of the discipline at the University of Montreal; and the Swede Henrik Jörntell at Lund University, with whom he undertook the research he is most proud of.  The two researchers would go on to carry out experiments on animals demonstrating Vincent Hayward’s theory regarding the processing of tactile data in the brain stem. This was in 2014, at a time when it was only possible to obtain such a result by using a tactile device of his own invention. This device made it possible to employ the patch clamp technique, which is used in extracellular recording and which is extremely difficult to deploy when studying touch owing to how sensitive it is to mechanical disturbance.

An inspired theorist and a serial entrepreneur

In 2007, Pierre and Marie Curie University offered Hayward a research chair in haptic perception and he accepted, choosing to leave McGill in the belief that this change would be “fundamentally good, enabling me to think differently and to discover new ideas”. Immediately afterwards, Hayward was awarded an ERC grant, which would enable him to lay the foundations of a theory explaining how touch works. He would continue this research as a guest professor at the University of London in 2017. During all of this, Hayward’s work in basic research and his involvement in training and coordination for national, European and international projects has been accompanied by a remarkable level of productivity in engineering, designing a range of electromechanical devices for skin and sensorimotor stimulation that would translate into somewhere in the region of forty patents and collaborations with a range of industrial sectors. This would also lead to the birth of four start-ups, whose achievements would include developing systems for training surgeons and enabling 3D designers to “touch” the objects that they are creating. The most recent of these, Actronika, was set up to create haptic perception technology capable of providing extremely high quality sensations. This technology has been used in a range of fields, including in relation to connected cars, in virtual reality and in the biomedical sphere, where it has been used to assist with the rehabilitation of people suffering from injuries. Although being awarded the Grand Prize is something of a surprise for Vincent Hayward, he is hopeful that this distinction will help to enhance the visibility of research into touch and to make it more attractive for young researchers. He is convinced that the study of this sense, which is absolutely fundamental for both humans and animals, contains new frontiers that we can scarcely imagine.

* the LIMSI is a branch of the CNRS, which is linked through an agreement to Paris-Sud University.

“A leader and a pioneer in the field of haptic perception ”

“Vincent Hayward has literally been both a leader and a pioneer in the field of haptic perception. His research, which began before universities first started creating haptic perception societies in the 2000s, has helped clarify the very nature of the sense of touch. Many people are now aware that a vibration synchronised with a human motion or with a piece of visual information can create a rich sensory experience and can even produce the sensation of a virtual object. This is now a practical tool used in haptic perception. Vincent first became aware of this possibility in the 1990s and demonstrated it in the 2000s. At the same time, he also invented the corresponding test devices. His discoveries and inventions are used and will continue to be used in a wide range of applications.”

Alain Berthoz, neurophysiologist, honorary professor at the Collège de France, holder of a research chair in the physiology of perception and action between 1993 and 2010 and member of the French Academy of Sciences

“Hayward is a real master, someone whose culture crosses and explores the boundaries between disciplines”

“I was fortunate enough to work with Vincent Hayward on two occasions, both times on the possibility of applying what we knew about walking in humans to bipedal robots. What impressed me most about him was his capacity to immediately grasp the generality of a principle in living beings before applying it to an artificial creation. I consider Vincent Hayward as a great theorist who is capable of proving his theories using both formal tools and completely original technical demonstrators. Hayward is a real master, someone whose culture crosses and explores the boundaries between disciplines, and whose creativity is matched only by his kindness and his modesty.”