Date:
23 Sep. 2019
Changed on 02/06/2022
The institute is launching Inria Startup Studio, a facility dedicated to all digital deeptech startups, and has announced the arrival of two technology entrepreneurship professionals: Sophie Pellat and Hervé Lebret.

The impact of its activity on the French economic and industrial fabric is a major concern for Inria: over the past 30 years, the Institute has acquired unique expertise in supporting and accompanying technology startup projects, with the creation and accompaniment of more than 170 startups, whether or not they originate from the Institute, through the creation of seed funds and then ultra-technology seed funds (I-Source, IT-Translation) and its internal support mechanisms. Today, Inria wishes to scale up with the ambition of supporting more than 100 digital deeptech startup projects per year by 2023. At the heart of this scheme is the creation of the Inria Startup Studio for the coding of entrepreneurial projects based on public research in the digital sector, a scheme anchored in the major university research campuses where Inria is present.

This action is part of the partnership between Bpifrance within the broader framework of the Deeptech Plan launched in January 2019 by Bpifrance to help Deeptech startups emerge and grow from research laboratories. Inria has also just been awarded the French Tech Seed label.

Inria Startup Studio is based on a comprehensive, end-to-end system for supporting projects to create deeptech startups, particularly those led by young people who join the Institute or its academic partners in public research to enrich their scientific career prior to an entrepreneurial project (doctoral students, post-docs, engineers, interns) or those led by entrepreneurs in residence.

It takes advantage of the learning and achievements of the last 30 years.

It articulates a logic of a national competence centre specialised in the launch of digital Deeptech startups and local support, anchored in the local ecosystems, in coherence with all the actors of transfer and innovation (accelerators, incubators, etc.). Open to Inria's academic partners (universities and research organisations), it is part of the evolution of Inria's site policy, serving the development of major university research campuses.

This scheme is part of a context marked by the recognition of the particularities of Deeptech in general and digital Deeptech in particular, with the key role of software.

It also illustrates the recognition of the "startup project" as a preferred vector for transferring the results of digital research to the economic world.

In the service of Deeptech

This entrepreneurial project codeign system, which is the heir to IT-Translation's skills and know-how in this area, relies in particular on teams trained in each Inria research centre. It is characterised by an innovative operating mode, to put (future) entrepreneurs at the centre of concerns, contacts, working methods, organisation and operation.

To run the Startup Studio with four hands, two great professionals in technological entrepreneurship have just joined Inria. Between them, Sophie Pellat and Hervé Lebret.

have enabled a large number of startups to be seeded and financed, many of which have subsequently been acquired by big names in tech.

This supports the Institute's Deeptech ambition and multiplies the impact of Inria's research!

And also: Sophie Pellat and Hervé Lebret present the Startup Studio on BFMTV 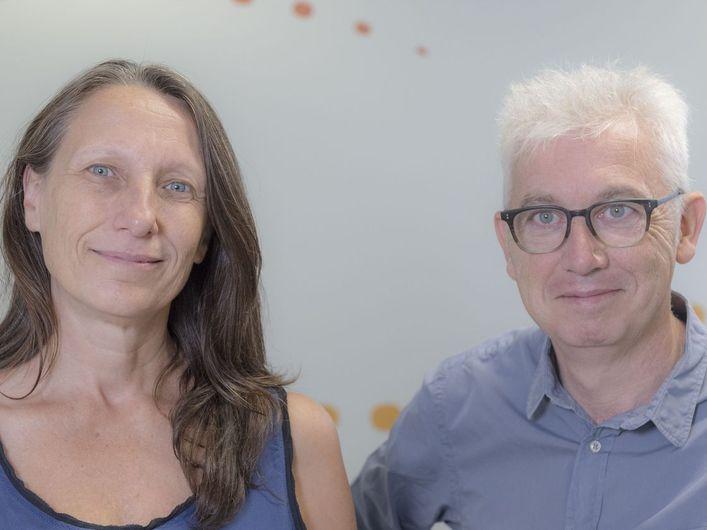 Graduate engineer of the ENSTA ParisTech in Computer Science and Systems Analysis, and a master Entrepreneurs at HEC, Sophie Pellat specialises in assisting managers of innovative and high-stakes projects after various experiences in consulting firms such as Gemini Consulting, Altis and Ernst&Young, and the creation of her own company.

She participated in the launch of innovative products and the creation of start-ups. In 2006, Sophie Pellat joined Laurent Kott as Director of Development at Inria-Transfert to conduct strategic coaching of Inria spin-offs, before participating in the creation in 2011 and then in the development of IT-Translation, an investment fund dedicated by Inria to digital deeptech startups. Considered today as a pioneer, this ultra-seed fund, by linking acceleration and investment, has contributed to the launch of some fifty startups.

Hervé Lebret, innovation at the heart:

Graduate of the École polytechnique and of the École nationale supérieure de l’aéronautique et de l’espace (ENSAE), Hervé Lebret also has a PhD.

After starting his career as a researcher in applied mathematics at ONERA, Hervé Lebret was an investment officer at the venture capital fund Index Ventures in Geneva and was, until his arrival at Inria, director of the startup acceleration and support programme at EPFL (École polytechnique fédérale de Lausanne). He is a specialist in startup culture and entrepreneurship education as a lecturer at the College of Management of Technology at EPFL. Since 2009, Hervé Lebret was one of the first members of Inria's Comité de suivi des actions de transfert technologique (CSATT).

He is also the author of a book on startups: "Start-up, what we will still learn from Silicon Valley" (www.startup-book.com).