Connected objects: a giant leap towards modelling with the human body

Date:
15 Jan. 2021
Changed on 15/11/2021
The Tonus project team and AxesSim have been able to successfully model the effect of connected objects on the human body. This achievement was made possible by the new French supercomputer Jean Zay. Its thousands of graphic boards give it high performance processing power to be used by researchers and manufacturers dealing with the propagation of electromagnetic waves produced by Bluetooth antennae. 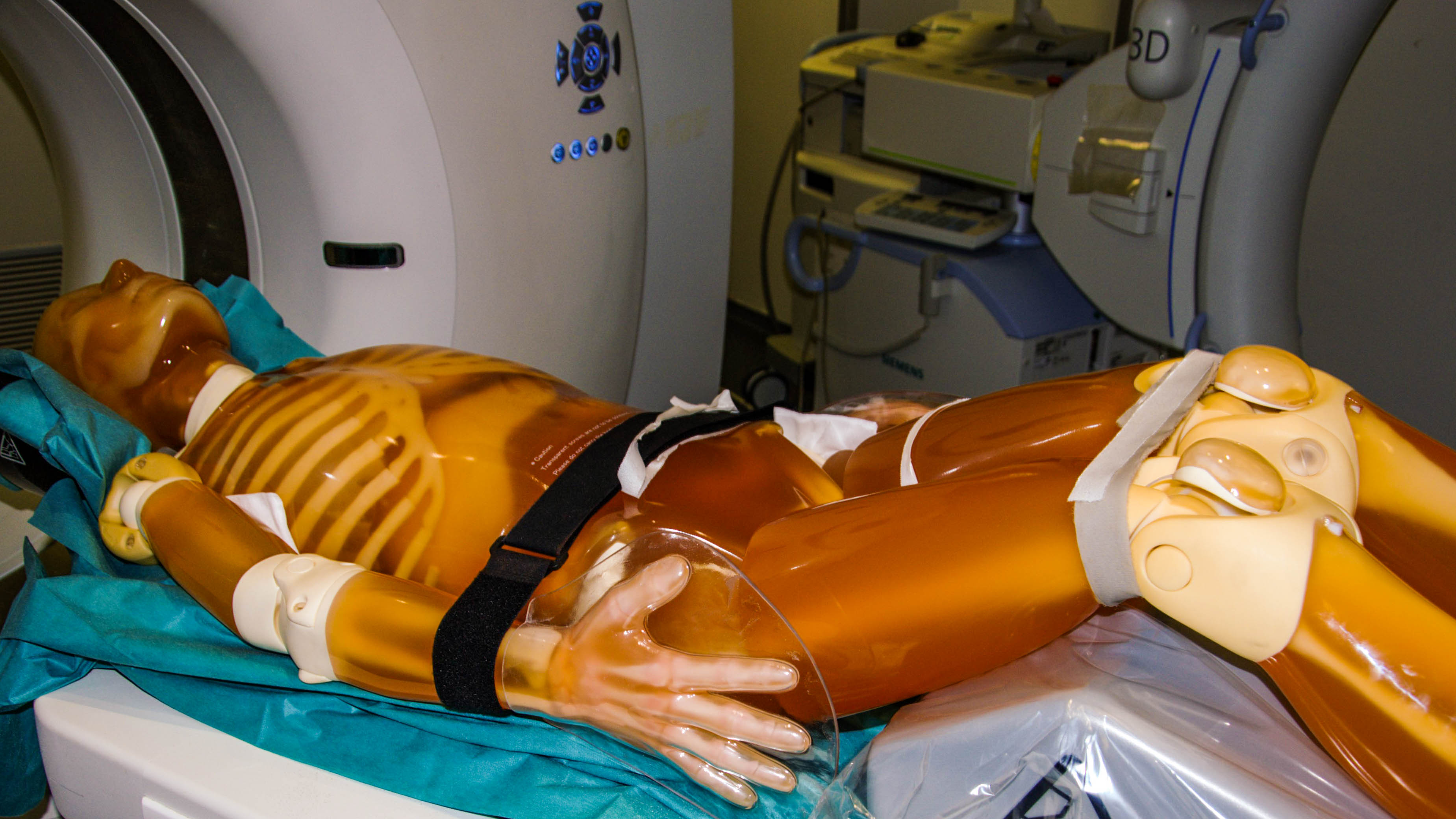 Connected objects and our bodies

Whether it’s watches, the jerseys we wear when playing sport or capsules for medical applications, connected objects are already an integral part of our day-to-day lives. They can also be found in the mobile phone and home automation sectors, which has led to an increase in the number of objects emitting electromagnetic waves near our bodies. How can the way in which these signals spread through human tissue be modelled in order to adapt the power of antennae and how they are designed?

The majority of programs used in digital simulation use what is known as “the finite difference” method, in which objects are represented as being made up of small cubes. Although this method, which is relatively straightforward to implement, is suitable for a “large mesh” view, it does not present an accurate reflection of the actual shape of objects, particularly objects with curves.

Getting closer to reality through enhanced simulation

Tonus has been working for years on developing the discontinuous Galerkin method, an alternative named after its inventor, a Russian mathematician. With this method, approximation involves tessellation that is better suited to complex shapes, from triangles to tetrahedrons. As Bruno Weber, who studied for his PhD with Tonus and who is now a software development engineer at AxesSim, explains: “This allows you to create meshes which give a far more accurate reflection of the shape of the objects being simulated. However, the processing power required is significantly higher than with the previous method”. As a result, running this sort of simulation can take hours or even weeks.

Around twenty or so hours have been shaved off of this processing time by adapting the AxesSim program for the Jean Zay supercomputer, the tenth most powerful computer in the world (see inset). The team were given this opportunity thanks to a call for papers answered by Matthieu Boileau, a CNRS research engineer at the Institute for Advanced Mathematical Research (Irma).

In terms of deployment on the Jean Zay supercomputer, Marie Houillon, who completed her PhD with Tonus in November of last year, was responsible for compiling the program on the target machine.

Using the special features of the supercomputer, Houillon was able to optimise the required processing tasks, enabling the team to run around thirty or so simulations and to test some of the parameters which can affect the propagation of electromagnetic waves.

Marie Houillon’s assessment of her PhD with Inria is a very positive one: “I have always seen myself working on concrete applications within industry, and so I was lucky to have been able to work with a company. I also really appreciated Inria giving me the freedom to explore a subject within a team who doesn't specialise in that particular area.”

What are the prospects for industrial transfer?

The simulator is capable of taking a range of different parameters into account in great detail, including:  muscles, fat, the condition of the skin (dry or moist), where the antenna is positioned (on the wrist, on the back of the neck, in the abdomen), the volume of air in the lungs, etc.

Although work is still being carried out on the results, these simulations should make it possible to identify those parameters that have a real effect on the propagation of EMR and those which can be ignored, thus reducing the time needed to run digital simulations.

This could open up the possibility of these simulations being used for design and for validating standards in industrial processes. One possible application involves reducing the power of the antennae, thereby boosting the lifespan of the batteries. Before making an industrial transfer, however, AxesSim intends to “utilise these results in order to demonstrate what the simulator is capable of”, as Bruno Weber explains.

Showcasing the power of the local ecosystem

This success came about through the close ties linking Tonus, the Irma and AxesSim. Two AxesSim employees studied for PhDs at Irma through CIFRE doctorates that were partly funded by the company. By providing funding for Marie Houillon’s PhD, the Irmia laboratory of excellence (Institut de recherche en mathématiques, interactions et applications - Institute for Research into Mathematics, Interactions and Applications) was meeting its commitment “to enable mathematics to play a more prominent role in the socio-economic environment in Strasbourg”, as Nalini Anantharaman, the institute’s director, explains.

The long-standing collaboration between Inria, Irmia, Irma and AxesSim has helped to boost the dynamism of the Strasbourg hub, bringing together computer science, mathematics and applications, and cementing France’s position as a leading player in digital simulation and high-performance computing.

More on the tools used by the researchers