Date:
09 Apr. 2021
Changed on 04/08/2022
The Commedia project team, a joint undertaking involving Inria Paris, Sorbonne University and the CNRS, specialises in mathematics applied to medicine and biology. Their research focuses on modelling the living world, with a particular focus on digital simulations of biofluid mechanics. 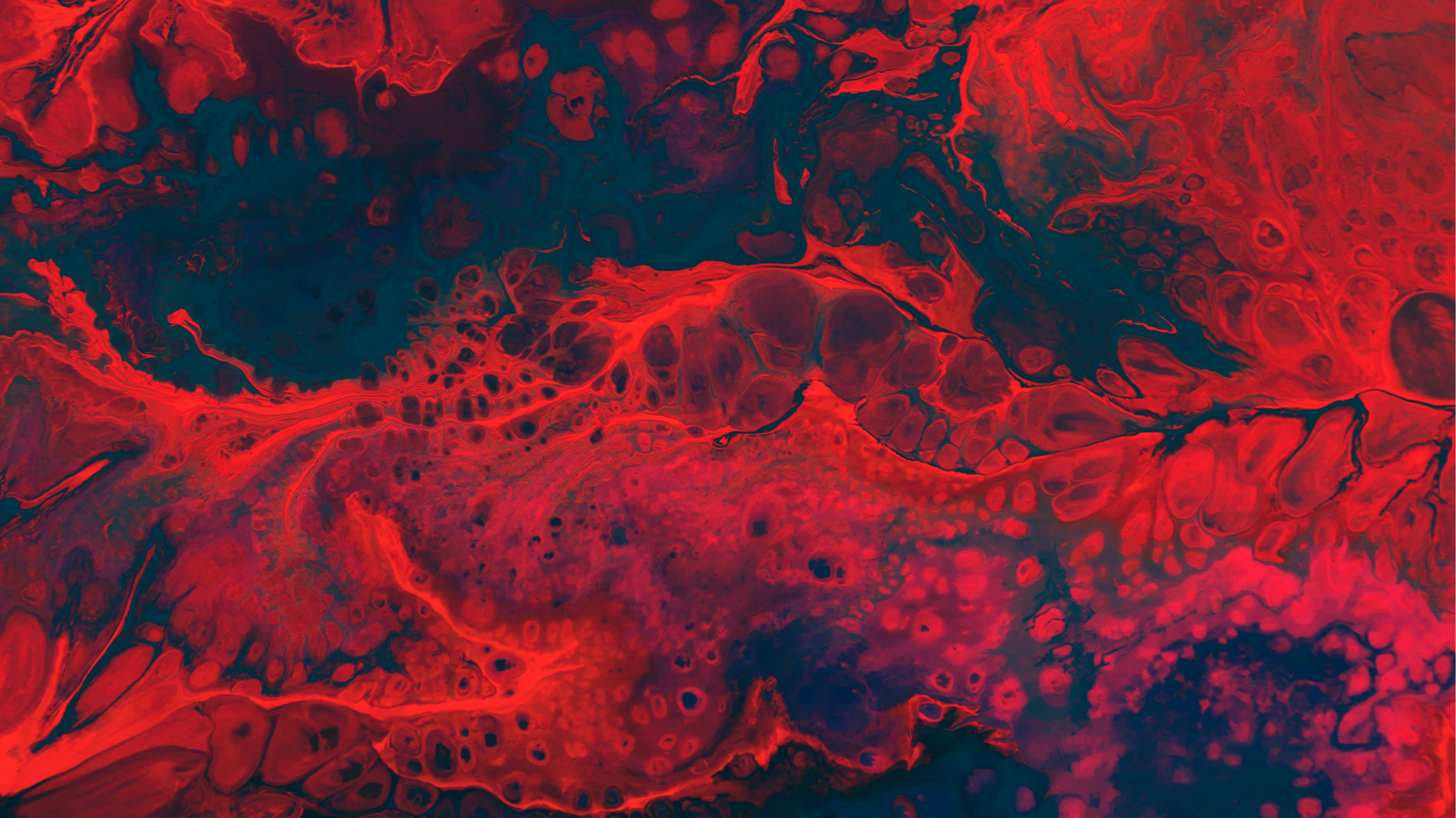 Commedia. Don’t let the name fool you: there’s nothing funny about this team. The acronym “Commedia” stands for Computational Mathematics for Bio-medical Applications. This project team is a joint undertaking involving Inria Paris, Sorbonne University and the CNRS, and was set up in mid-2019.  “The majority of our permanent members were originally part of the REO project team, headed up by Jean-Frédéric Gerbeau, who has since become Inria’s Deputy CEO for Science”, explains Miguel Fernández, head of Commedia. The researcher, who is originally from Spain, joined Inria in 2004 after studying for a PhD in applied mathematics at Paris Dauphine University and a postdoc at the Swiss Federal Institute of Technology Lausanne.

Central to Commedia’s objectives is the creation of digital simulations of blood flow in the cardiovascular system and air flow in the respiratory system. “We use applied mathematics (in other words, the application of mathematical knowledge to other scientific fields, such as medicine or engineering) in an attempt to tackle problems encountered by doctors, surgeons and the biotech manufacturers developing medical devices”, explains Miguel Fernández. Commedia is made up of around twenty or so individuals from all over the world, including four Inria researchers, twelve PhD students, an Inria research engineer and two postdoctoral researchers. “We have also just been joined by two teacher-researchers from the prestigious Jacques-Louis Lions laboratory for research into applied mathematics (LJLL).”

When it comes to research, the “Commedians” - as they like to call themselves - have three main areas of focus: 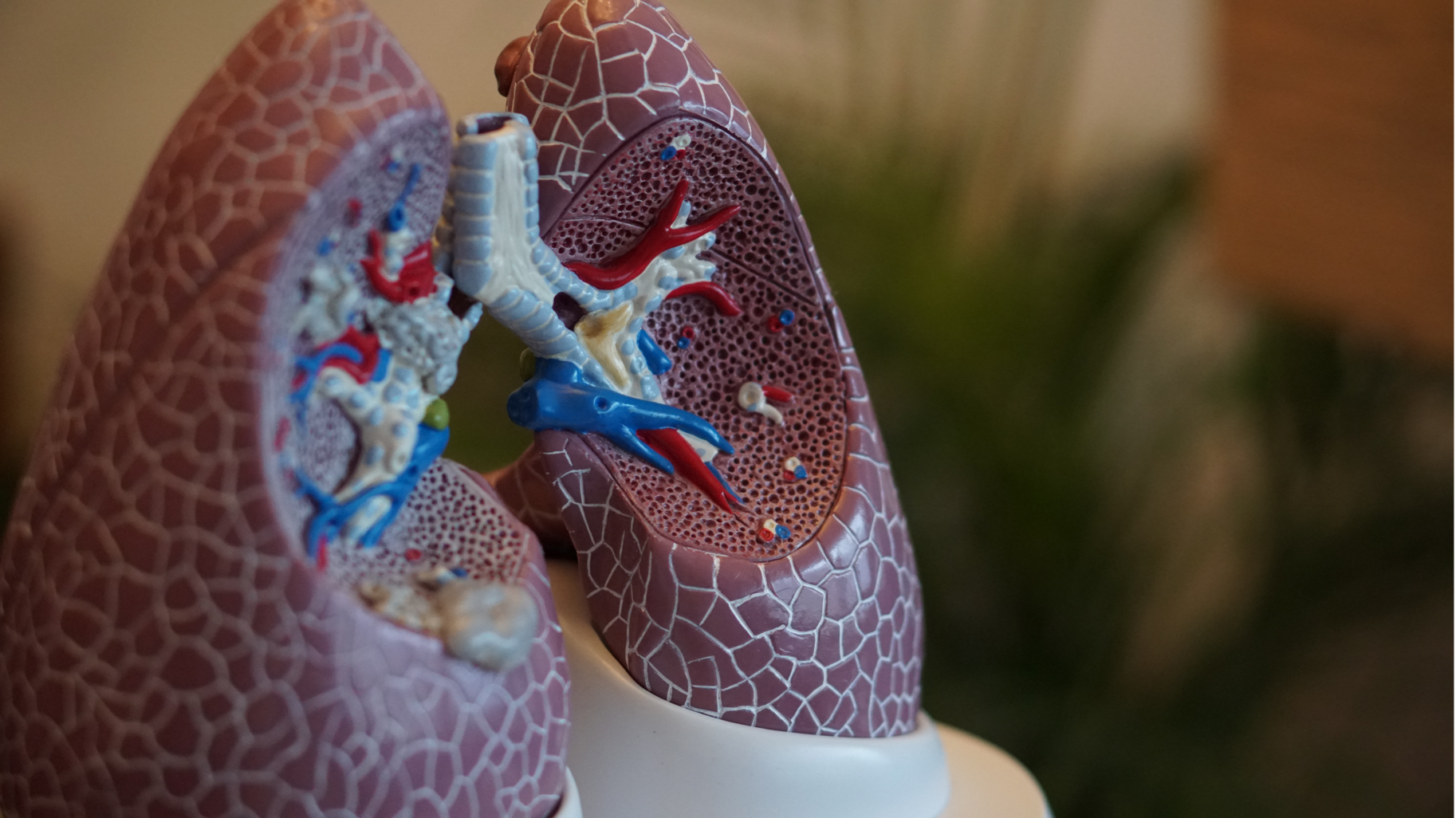 One example of this is the simulation tools that Commedia is working on, which can be used to test medical devices or treatments for respiratory diseases. “One of our goals is to understand and simulate the mechanisms through which air mixtures make breathing easier for people suffering from asthma.”

The work carried out by Commedia on modelling biofluid mechanics sometimes veers towards research carried out in other fields, such as aeronautics or geophysics. “The laws of physics are universal, and so we share certain types of mathematical models. We have spoken with colleagues working on tools for simulating water or wind turbines, for example”, explains Miguel Fernández. “But the physics of how a fluid interacts with the wing of an aircraft, a wind turbine rotor or tissue are all different. Changing application often means having to innovate in terms of the mathematical models and digital simulation methods used.” 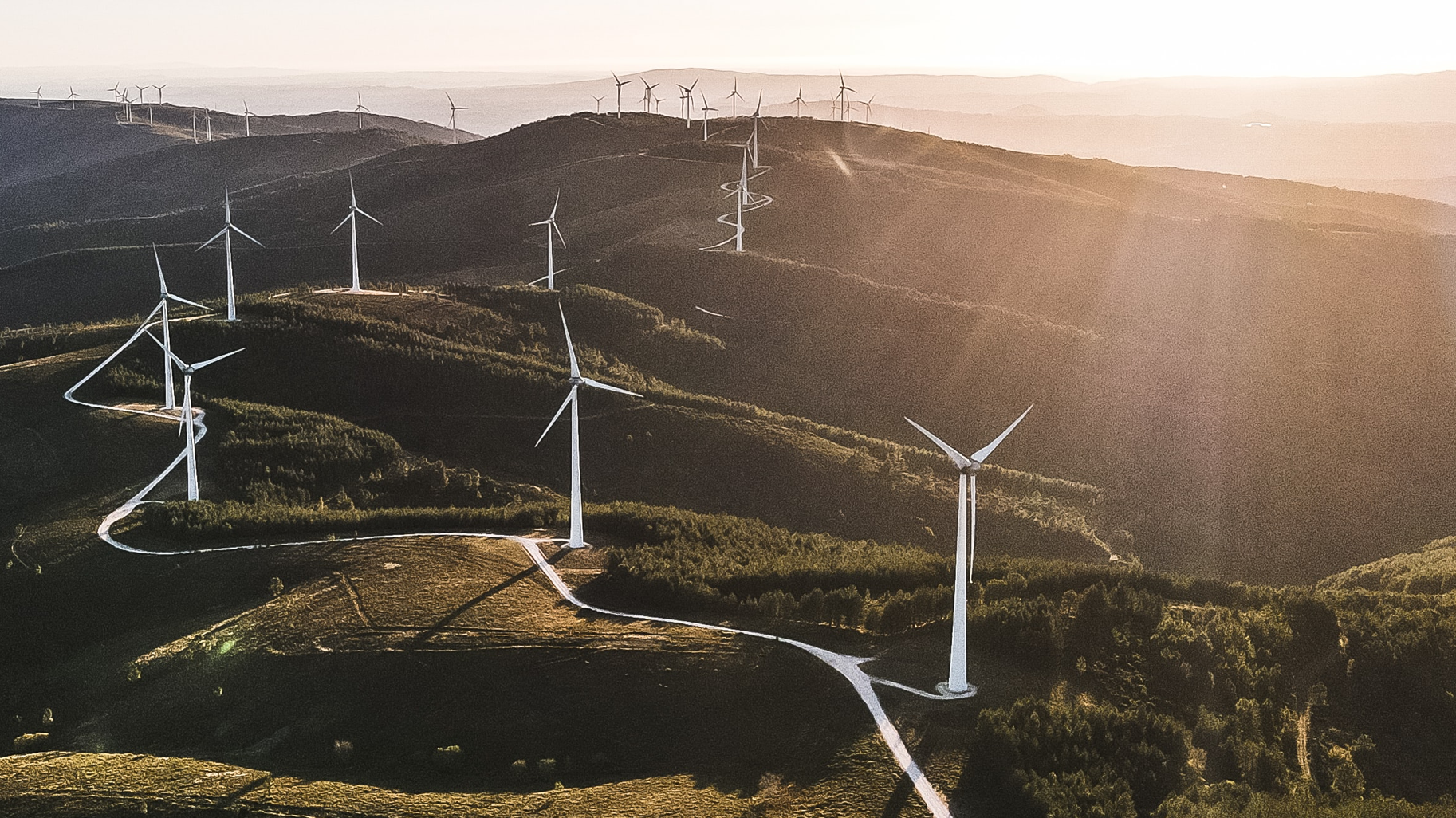 © Unsplash / Made From The Sky

Right now, researchers from Commedia are working on a research project on mitral insufficiency, funded by the ANR (the French National Research Agency) and with the involvement of heart surgeons from Louis-Pradel hospital (Hospices Civils de Lyon), the main cardiology centre in the Auvergne-Rhône-Alpes region. This initiative is called SIMR, which stands for Simulation et Imagerie pour la Régurgitation Mitrale (Simulation and Imaging for Mitral Regurgitation). As Miguel Fernández explains, the aim “is to improve the way in which diseases of the mitral valve are understood and treated”. The mitral valve connects the atrium and the ventricle on the left-hand side of the heart. Mitral insufficiency is the second cause of heart valve surgery in France.

“Surgeons from the hospital have developed an innovative tool for measuring the tension of artificial strings implanted in order to repair the mitral valve, inside the heart itself. They believe that low tension should be an objective indicator of a valve having been correctly repaired”, explains the director of research. “We were tasked with developing simulation tools for verifying this hypothesis from a digital perspective, based on patient data (MRIs, scans, etc.) obtained during a clinical trial in Lyon.” 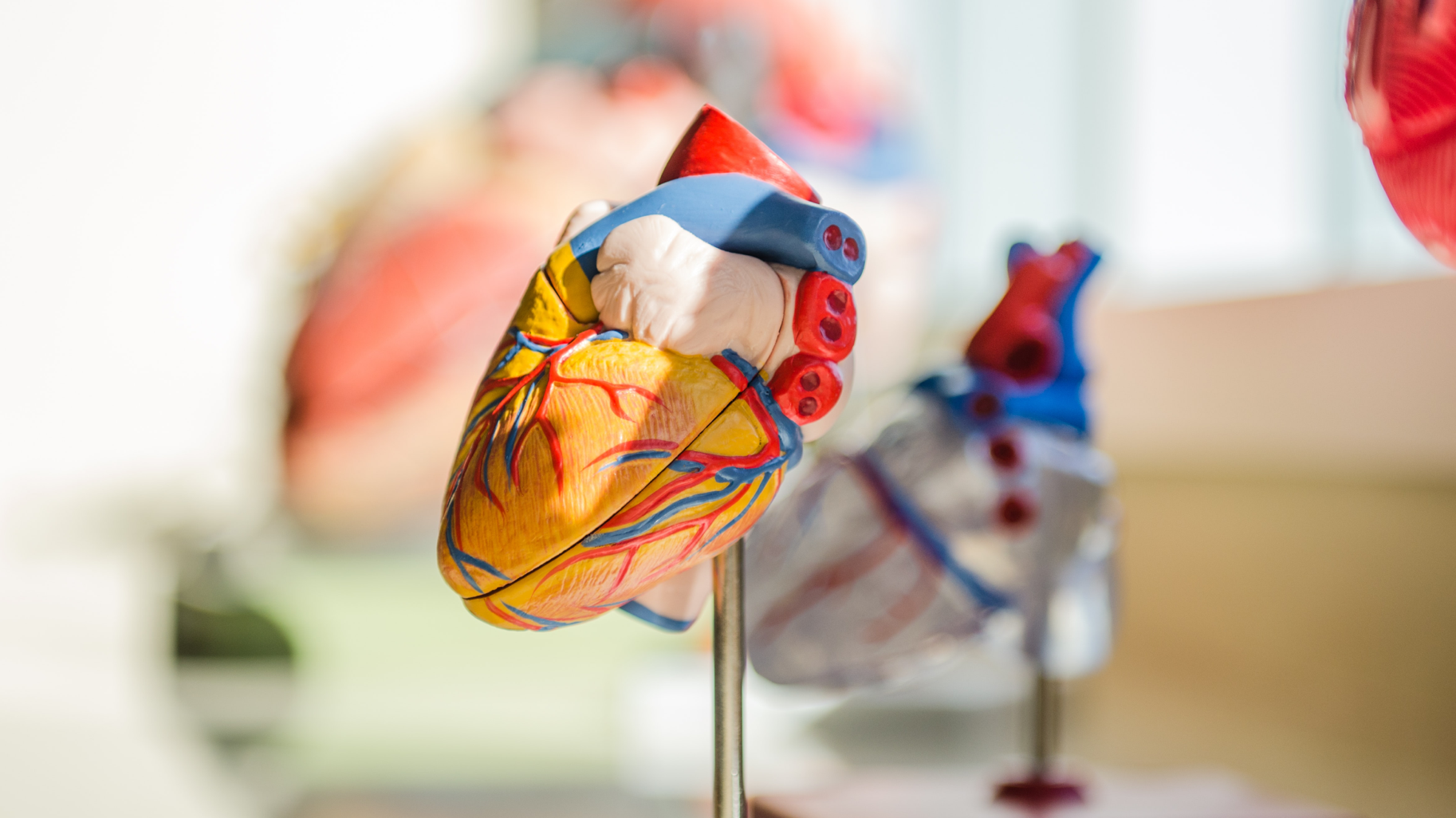 Predicting the risk of aneurysms

Through Mocia Agbalessi, one of Commedia’s PhD students, the team has also been collaborating with Casis, a Dijon-based start-up that specialises in designing medical image processing tools. The goal behind this is to use these digital simulation tools in order to predict the risk of an aortic aneurysm rupture (abnormal dilation of the aortic wall). The methods currently used are based on purely anatomical criteria, which is extremely limited. The difficulty, however, lies in the fact “that the digital simulations have to be adapted to each individual patient by adding clinical 4D flow MRI data, which provides spatio-temporal information on the speed of the blood in the aorta that is obtained in a non-invasive way (no intervention is required)”. 4D flow MRI images show this information in three dimensions during the cardiac cycle.

The new team associated with Imfibio (Innovative Methods for Forward and Inverse problems in BIO-medical applications), which is headed up by Muriel Boulakia (one of the “Commedians” from the Jacques-Louis Lions Laboratory), has brought Commedia closer to the mathematics department at UCL (University College of London). It has been funded by Inria since 2020 and visits from their respective researchers are planned in order to strengthen cooperation around research into digital simulation solutions for heart valves and how data and simulations interact. The pandemic put paid to these visits taking place in 2020, but hopefully it won’t be too long before they can be rescheduled. 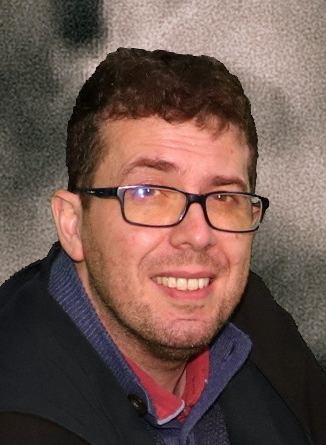