Ambiciti side-steps from environment to sports

Date:
16 Sep. 2019
Changed on 02/01/2020
Founded in 2016 to offer an ambitious application for real-time analysis of air and noise pollution, the start-up came across some unexpected opportunities in the world of sports two years later. It will now focus on collecting information to analyse the “fan experience”. 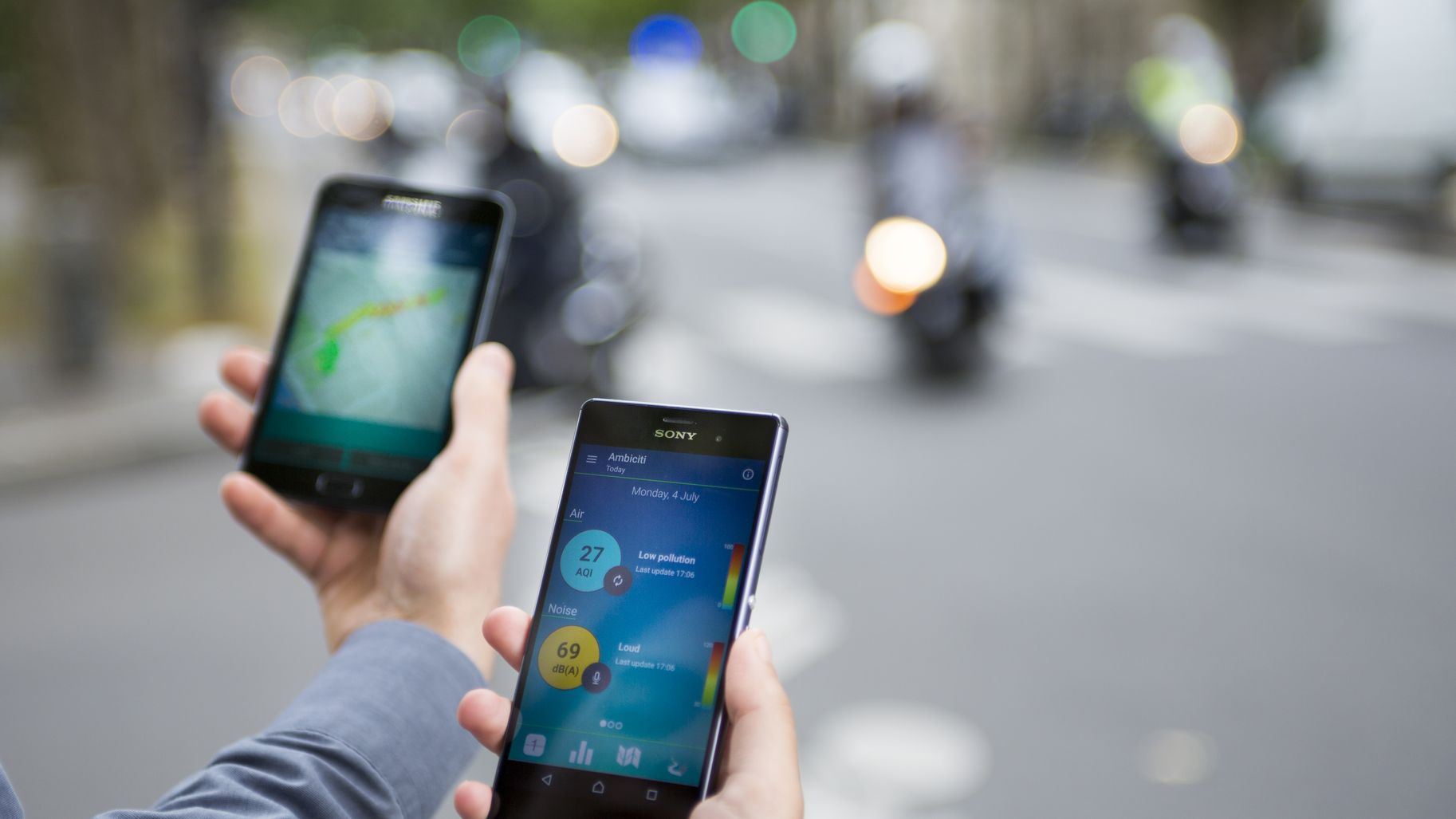 Entrepreneurship is an adventure, which means that a start-up’s founders must have a vision and know how to stay the course. But market realities and developments sometimes prompt entrepreneurs to change course, in order to move their company forward and adjust their business model. This has been the case for Ambiciti, an application created in 2016 with support from Inria and the European Digital Cities fund from the European Institute of Innovation & Technology (EIT).

“Ambiciti originated with Inria’s idea to add new features to the existing SoundCity application”, says co-founder and CEO Pierre Béal. “That app, which was successfully launched in 2015 with support from the City of Paris, was dedicated exclusively to measuring the ambient noise users were exposed to. The idea was to measure their exposure to air pollution as well”.

To do so, a new start-up was co-founded by a group of diverse but complementary partners. First, three Inria researchers, Valérie Issarny and Pierre-Guillaume Raverdy, experts in the Internet of Things and distributed systems, and Vivien Mallet who focuses on the combined processing of simulations and environmental observations. They teamed up with Pierre Béal, one of the founders of Numtech, a company specialised in air quality monitoring and forecast systems, and Rajiv Bhatia, a physician who specialises in public health and co-founder of The Civic Engine in the United States.

Together they developed an application, drawing on technologies that model air quality and systems that measure noise using a smartphone, previously developed by Inria for SoundCity.

Our innovative system is able to find the microphone in a connected device, calibrate it and collect quality data”, explains Pierre Béal. “There are no privacy concerns, since it only collects anonymised data and decibel averages. Never words!

Ambiciti has been able to sell its licensed technologies to institutions and industry clients who seek to use them for research purposes. One such example is the Helsinki Zoo and the Forum Virium Helsinki, an innovative service provided by the City of Helsinki, which has used the Ambicititechnology since last year to study the city noise near the zoo and gauge its impacts on animals’ wellbeing. But to break through, the start-up decided to reconsider its positioning. It made its shift in mid-2018.

Looking beyond the world of research, the co-founders realised that their developments had real potential in the sports community. And more specifically, in order to help sports clubs (football, rugby etc.) “enhance and monetise large fan bases, both in stadiums and remotely”, explains Pierre Béal. This is known as the “fan experience,” rather like the user experience (UX).

Among the new technologies, the sound game TeamShout , available in freemium mode – free for games but users must pay for advanced options – will rely on an analysis of noise generated by all users during matches, and will make it possible, for example, for clubs to draw up rankings of the best crowds, reward deserving fans, or create challenges between fans.

For clubs, the primary advantage is that they will be able to carry out new analyses of overall audience, in the stadium, at home or in bars, analyses which are sorely lacking today. Another benefit is the provision of information that will allow clubs to disprove the relationship which is often incorrectly established by announcers between audience and sports results, as experience shows this is rarely the case. Not to mention the opportunity to send notifications and targeted, relevant offers to the fan base during stoppages or at half-time, through a dedicated digital marketing platform: TeamShout Club.

Now all they have to do is take the pitch! The TeamShout application will be launched on the main downloading sites (Google Play and App Store) during the upcoming French rugby and football championships, in 2019 and 2020. And localised versions are being developed for the championships to come in Germany, the United Kingdom and Italy.