A/D Drugs is an exploratory action aimed at optimising neurostimulation

Date:
01 Oct. 2020
Changed on 01/10/2020
When it comes to treating mental disorders, the emergence of resistance to medication is a major problem. Replacing chemical medicine with digital medicine (neural stimulation) could be one way of getting around the problem. This is the concept behind A/D Drugs, an exploratory action which will deploy a process of data assimilation and control in order to adapt stimulation to each patient. But this research is not without its risks - very little is known about the links between the effect of the chemical molecules and neurostimulation. 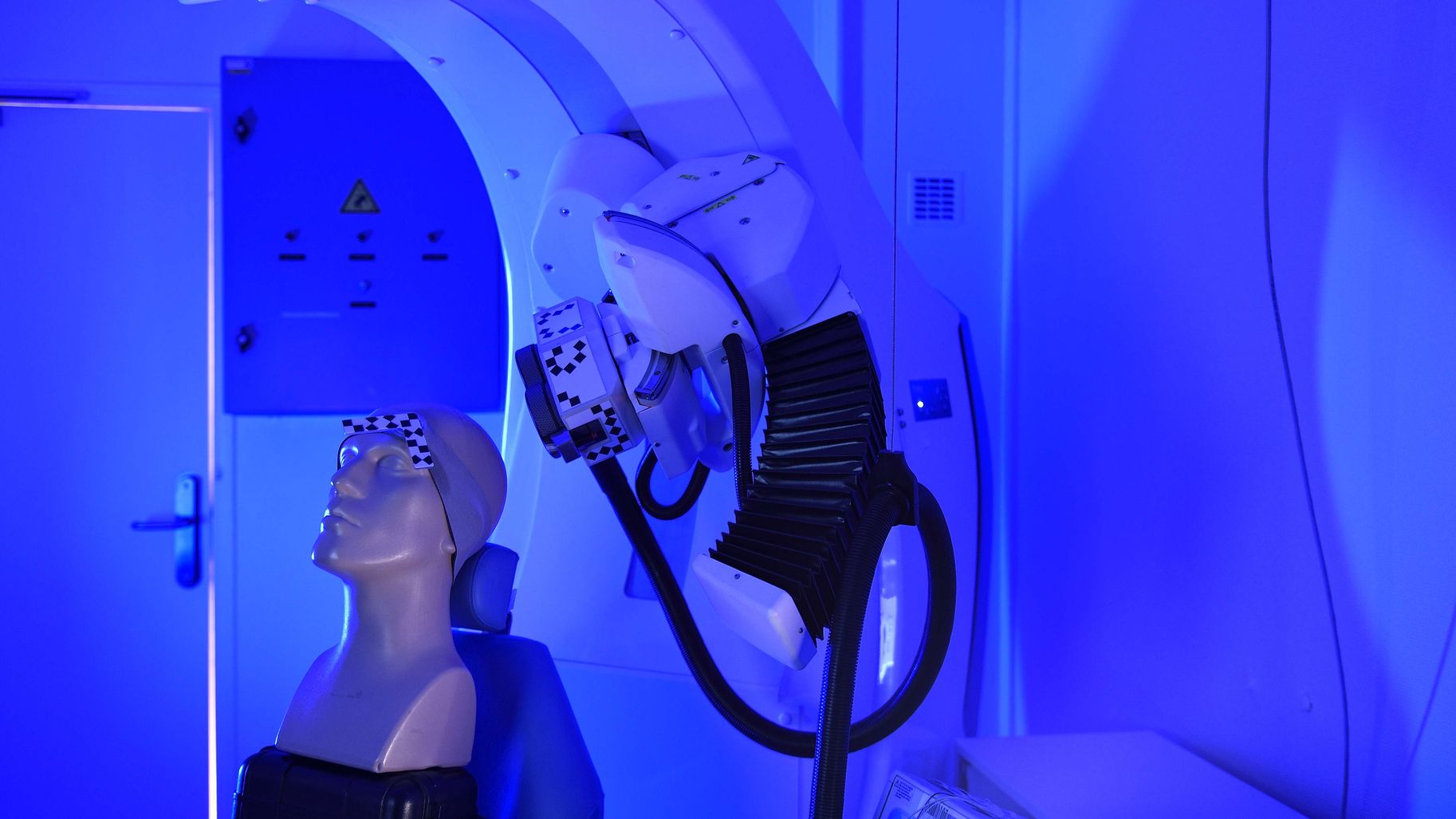 25%: according to the WHO, this is the proportion of the world’s population that will be affected by mental disorders at some point in their lives. Although there are multiple drugs used in the field of mental health, a third of patients either fail to respond to these medications or develop resistance to them. One solution to this to have emerged in recent years is neurostimulation. This involves stimulating specific parts of the brain from the outside of the skull via an electrical current or a magnetic field. The medical and digital approaches have yet to be linked up, but this is the challenge taken up by Axel Hutt, Director of Research within the Mimesis team.

Already authorised by a number of health agencies, treatments involving the use of electromagnetic stimulation are currently being applied to treat depression, as Jérémie Lefebvre (see inset), a Canadian researcher who has been working for years with Axel Hutt, explains. They are also used to treat chronic pain and certain symptoms of schizophrenia. “The results of neurostimulation are similar to those from the use of medication, but their mechanisms of action are still not properly understood”, explains Axel Hutt. This makes it difficult to adapt treatment to each individual patient's neuronal mechanisms. Although these treatments have already been shown to be effective, current research into cerebral stimulation has adopted “open loop” stimulation procedures, i.e. the immediate effect of the treatment on neuronal activity is not taken into account for the continuation of the stimulation.

Just as an analogue signal can be converted into a digital signal, the goal of the A/D Drugs exploratory action is to work out a way of converting the effect of a chemical drug into a digital drug.

Although the idea is simple, there is an element of risk to this project, in that “the scientific literature provides multiple indications that such links exist, but most of them are unknown.”

In order to see this through, the funding allocated by Inria will be used to finance a PhD that will be jointly supervised by Axel Hutt and his close collaborator Didier Pinault, from the Inserm 1114 team. Didier Pinault is working on an animal model of schizophrenia obtained by use of medication on rats. When given a certain drug, ketamine, the animals develop specific brain rhythms which are characteristic of this condition. When administered a drug that is an antagonist of the former, the rats’ normal brain rhythms are then restored. The aim of the PhD will be to develop a digital model capable of taking into account the brain modifications involved in these pathological rhythms. Eventually, they hope to be able to predict which neurostimulation to apply in order to replace the drug which eliminates them.

Long-term, the goal of this research is to develop a so-called “closed loop” stimulation protocol, i.e. where the parameters of the subsequent stimulation are adjusted according to the data from the brain recording. This is where data assimilation comes in, which is what Axel Hutt specialised in during four years spent at the Deutscher Wetterdienst (the German Meteorological Service) working on... weather simulations. The reasons for this career choice become clear when you listen to his explanations: “I’m a physicist and these are physics and maths models. I knew that I could adapt this method to neuroscience - there are some key technical similarities between atmospheric and meteorological simulation and brain simulation.”

In this case, data assimilation and control is used to estimate the neurostimulation parameters, combining predictions from the model with data taken from the simultaneous brain recording. This combination of theoretical and experimental neuroscience will be key to developing a suitable protocol for each patient.

Could this develop into a project team?

If the research proves successful, it could lead to the creation of a dedicated project team, in partnership with the Inserm via Didier Pinault’s team based in Strasbourg, as is Mimesis. The city boasts an ideal geographical location for establishing and reinforcing links with the Alsace ecosystem, which is well-developed in medicine and neuroscience. In a broader sense, this team would benefit from its proximity to Germany, Luxembourg, Belgium and Switzerland, where the two partners have multiple collaborators and where the neuroscience scene is highly active. “If it were entirely up to me, the team would focus on neurostimulation and anaesthesia, which I have been working on for more than 15 years. But obviously, it will also depend on the partners who come to work with me”, explains Axel Hutt with a smile. In any case, the next objective has already been set: securing an ERC Advanced Grant in order to pursue this research and respond to EU and ANR calls for projects, the overarching objective being to collaborate actively with Inserm 1114, the CEMNIS (Centre de neuro-Modulation Non-Invasive de Strasbourg - Strasbourg Centre for Non-Invasive Neuromodulation) and their longstanding partners.

To find out more

« What is transcranial direct current stimulation and what are the benefits? », Daniel Lane, The Brain Centre, YouTube, 19 December 2019

« Transcranial magnetic strimulation : what is it and how does it work? », Tennessee TMS Centre, YouTube, 19 March 2014