Date:
08 Dec. 2019
Changed on 08/04/2021
A team of scientists at Inria Saclay1 led by Demian Wassermann, the Athena team2 at Inria Sophia Antipolis and Stanford University3, led by Vinod Menon, Lang Chen and Daniel A. Abrams, have discovered that the so-called visual word form area (VWFA), a sub-region in an area of the brain associated with written language and perhaps also visuospatial attention, may be involved not only in the circuits of the brain responsible for reading and language but indeed those involved in attention. The research on this “VWFA duality”, which is published in Nature Communications, could shed more light on the possible physiological reasons behind disorders such as hyperactivity and dyslexia. 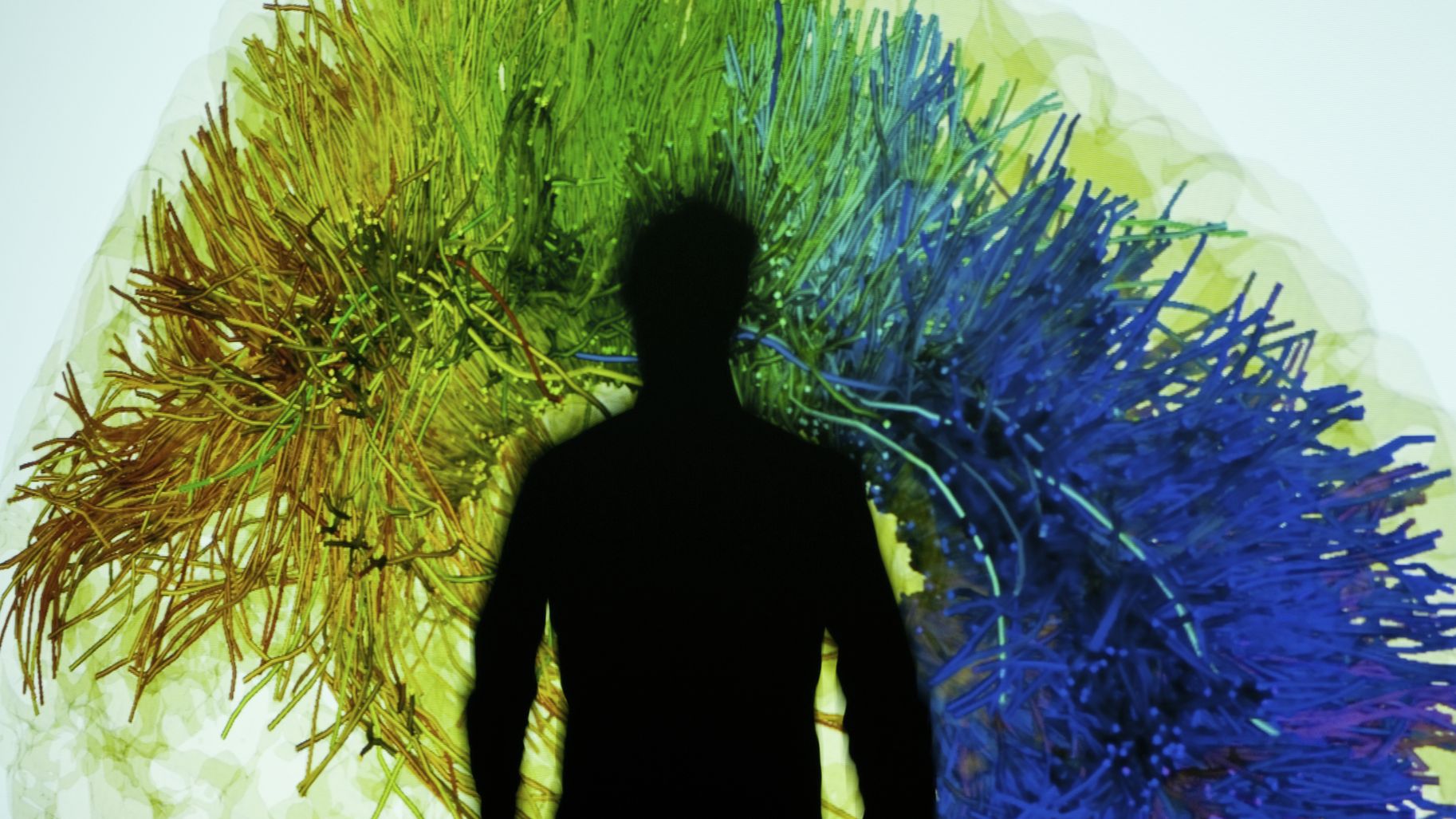 Humans are the only species that can read and understand written words, but the brain did not evolve to acquire this cognitive skill since writing was only invented relatively recently in our history. Although researchers identified a link between certain regions of the brain encompassing the VWFA and the ability to read words over a century ago, they are still unsure as how to the brain does this and many different theories abound.

The human brain is a complex organ divided into several hundred small areas, each with specialized functions, such as sight, hearing, motion and memory . Most of these centimetre-sized areas contain visibly distinguishable cell patterns when viewed under a microscope. The area of the brain responsible for recognizing an array of visual stimuli, including faces, objects and places, is known as the ventral visual cortex and the VWFA is a sub-region (known as the sub-ventral occipitotemporal region) in this area.

Although researchers now know3 that the VWFA processes written letters and words and then transmits this information to higher-order language regions in the brain for linguistic processing , the precise functional role of the VWFA and the brain circuitry it supports are still little understood. Some recent experiments have revealed that the VWFA, while optimized for letters and words, also processes other visual stimuli, such as faces and numbers 4. Others have shown that the brain circuits involved in attention 5 – like those in the fronto-parietal network - also play a key role in the VWFA.

In their work, the Inria and Stanford teams made use of data from the Human Connectome Project (HCP). This is a five-year US$40-million initiative funded by the US National Institutes of Health (NIH) to map the brain’s long-distance communications network (the connectome) in a cohort of more than 1000 individuals using new-generation magnetic resonance imaging (MRI) technology.

For the HCP, each of the different areas of the brain is connected by millions of axons (thread-like neuronal projections) that run together in parallel, winding to form long nerve-fibre bundles that look very much like thick fibre-optic cables. The different brain areas are thought to acquire their functional characteristics based on how these fibre bundles are connected and send signals to each other. The connectome, which is essentially a web of thousands of these nerve-fibre bundles, naturally constrains which neurons or neural populations can interact and how strong or direct their interactions are.

The Inria-Stanford researchers began by examining the structural and functional connectivity of the VWFA in their sample (of 313 individuals). Connections can be highlighted by observing synchronized oxygenation of brain areas, for example. They first focused on the VWFA’s connectivity patterns via axons with the lateral prefrontal, superior temporal and inferior parietal brain systems implicated in language. They then examined its connectivity patterns with the fronto-parietal attention systems.

These two experiments provide very different information. The language experiment provides information on how the VWFA is structurally and functionally connected to the left-hemisphere language nodes implicated in mapping written words to phonological and lexical representations. These patterns would be related to strong reading skills. The attention experiment, on the other hand, provides information on how strong the structural and functional connectivity patterns between the VWFA and the fronto-parietal visuospatial attention network are.

The researchers found that the VWFA is in fact tightly coupled to both attention and language networks in the brain and that each of the networks have their own respective connectivity patterns. The results suggest that the VWFA is not just specialized for reading and language function, but plays a much broader role in integrating language and attention. They could help us better understand the physiological reasons behind disorders such as hyperactivity (attention disorders) or dyslexia (written language disorders) that are difficult to explain physically.

The research was made possible by the multidisciplinarity of the collaborating teams. Demian Wasserman and colleagues specialize in modelling brain structure and variability in data obtained from high-field MRI images and worked on signal processing. Lang Chen and co-workers focused on the cognitive analysis of the results and brain function.