Date:
07 Jul. 2022
Changed on 11/07/2022
In November 2018, Inria was entrusted with the coordination of the National AI Research Program (PNRIA). Between structuring issues, actions carried out and future objectives, Isabelle Herlin, coordinator of the program, gives an update on this topic. 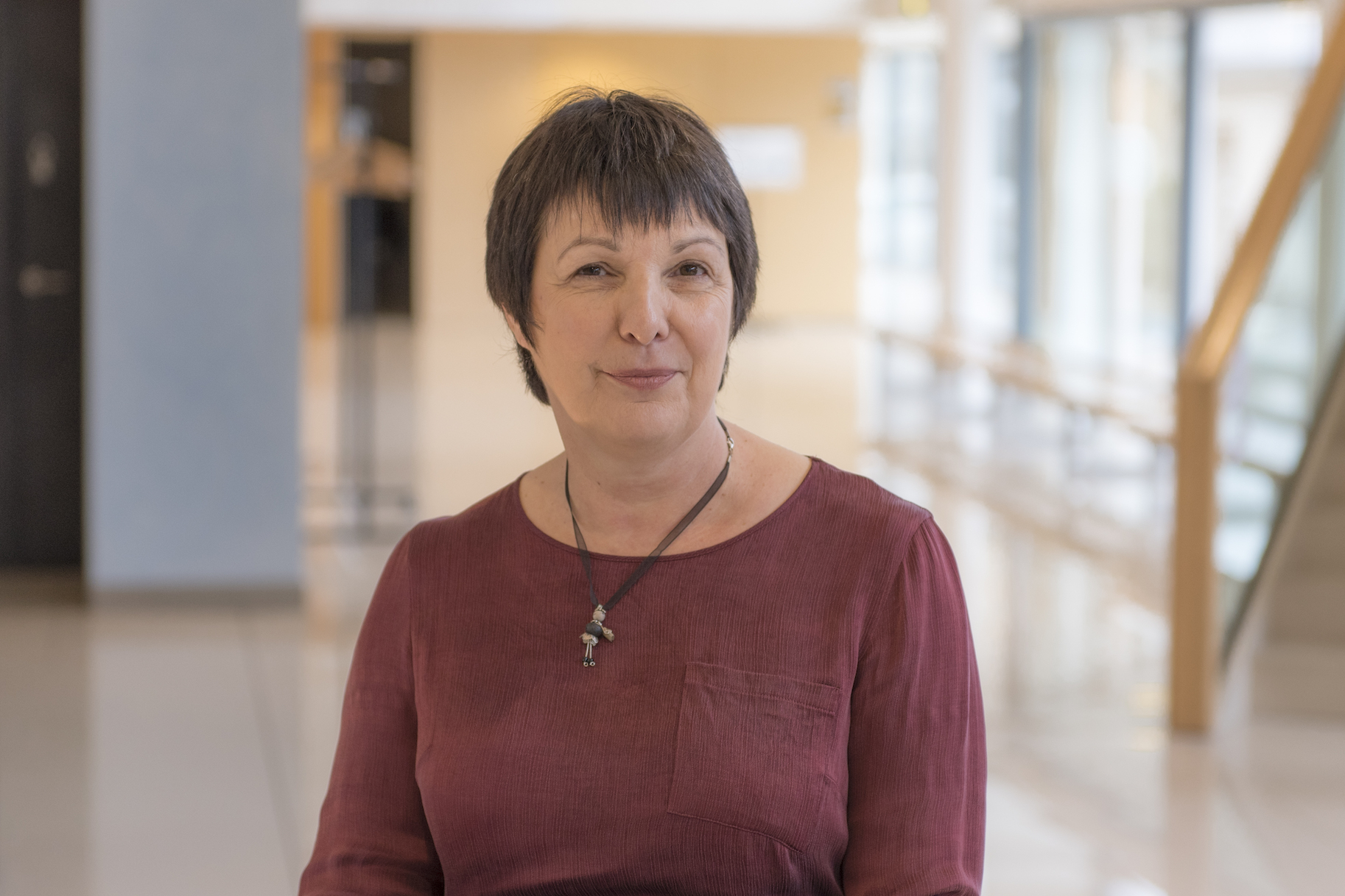 In what context was the National Program for Research in Artificial Intelligence created?

The National Program for AI Research was presented on November 28, 2018 by the Minister of Higher Education, Research and Innovation, and the Secretary of State for the Digital Economy. This program, set up with the aim of making France one of the world's leading research nations in the field, is the "research" component of the National Strategy for Artificial Intelligence (SNIA).

The SNIA, announced by the President of the Republic on March 29, 2018 at the closing day of the "AI for Humanity" debate, is essentially based on the report by a team coordinated by Cédric Villani, entitled "Donner du sens à l’intelligence artificielle : pour une stratégie nationale et européenne".

What are the main issues of the PNRIA?

One of the first issues that prefigured the existence of the PNRIA is the ability to have the necessary talent available, whether for research or to irrigate French and European companies. Training, attracting and retaining talent are key conditions for success.

In order to avoid a brain drain, specific programs have been set up, such as the Interdisciplinary AI Institutes (the 3IA) and the Chairs outside the 3IA, which have made it possible to develop an optimal working environment for researchers. Thanks to these same programs and the establishment of 22 doctoral programs, it has already been possible to double the number of students trained in AI. Attractiveness, bringing in talent, remains a complex issue in reality, as many countries are establishing strategies on this subject.

Another issue is that of sovereignty, in particular through technological tools and infrastructures. Several actions have been implemented or will be implemented in the near future to address this issue. One example is the Jean Zay supercomputer, which aims to increase computing resources for AI research.

Finally, the creation of startups resulting from technological developments, and partnerships between the public and private sectors, are key points of the PNRIA, as they are conditions for the impact of artificial intelligence research on the economic fabric.

What are the main actions implemented to meet these objectives?

Since the creation of the PNRIA, several measures have been put in place in the AI research ecosystem, which have already demonstrated their success.

These include the 3IA, the four "Interdisciplinary Institutes of Artificial Intelligence." (3IA Côte d’Azur, ANITI, MIAI, PRAIRIE) which are part of the development of university research sites, or the 43 research and training chairs and 22 doctoral programs in AI set up over the past four years, which play a significant role in the visibility of French research and in the training of talent.

The availability of computing resources at Jean Zay and the launch of numerous research projects on this infrastructure, the establishment of a network of AI engineers jointly operated by the CEA, CNRS and Inria, an identified AI axis in the ANR's generic calls for proposals, and specific international calls for projects (Franco-German in 2020 and 2022, Franco-Japanese to come in 2022), the strengthening of the ANR LabCom program, and the experimentation of Choose France programs at Inria (to attract high-level scientists to France for permanent positions) and at CNRS (Choose France-CNRS AI Rising Talent Program - to welcome young scientists to France for postdoctoral positions) are also part of the positive assessment of the actions carried out over the last three years.

What is Inria's role in the PNRIA?

In November 2018, Inria was entrusted with the coordination of the PNRIA by a mission letter signed by the Minister in charge of Higher Education and Research and the Minister in charge of the Economy and Finance. As part of this new mission for the institute, entirely dedicated to the AI ecosystem, Inria has decided to create a specific program department, the "Mission-IA", reporting directly to the institute's CEO and separate from Inria's traditional research activities.

For the PNRIA, the activities of Catherine Pacherie-Simeral, general secretary of the Mission-IA, of her deputy Frédérique Vidal and of myself concern the implementation of operational actions and the follow-up of activities. We have both the capacity to initiate projects (such as LaborIA on the impact of AI on workers' activities) and specific actions on identified needs (e.g., support for Régalia on platform regulation), but also to work internationally on the preparation of calls for projects, and to exchange with GENCI on the needs for increased capacity of the Jean Zay infrastructure. We must also be able to monitor the activity of the various actions implemented and synthesize it in reports or during presentations to funders, propose relevant contacts to the various actors, inform the supervisory ministries and the SGPI about the indicators chosen for the program, and monitor the overall budget for funding the actions. Finally, we have event activities, such as the AI Engineers Network Day, on June 2, 2022, the Day dedicated to the French AI research community, on June 13, 2022, in order to present and exchange on the PNRIA tools, or the Franco-German Day, on June 14, 2022, to foster collaborations through a bilateral meeting of actors. These events took place at the Rocquencourt site.

The "Mission-IA", as coordinator of the PNRIA, is also in charge of operating the Paris Center of Expertise of the Global Partnership in Artificial Intelligence (PMIA). The annual PMIA summit has also been organized by Inria in Paris in November 2021.

More recently, exchanges with the Ministry of Labor, Full Employment and Integration (MTEI) have led to the creation of a joint laboratory, LaborIA, which is in charge of conducting studies and experiments to inform the ministry on the impact of AI use on workers' activities. LaborIA's studies and experiments are conducted with all stakeholders: business leaders, social partners, workers, scientists...

What does being the coordinator of the PNRIA mean for the Institute?

This is recognition by the supervisory ministries of the excellence of the research conducted by Inria researchers and of the Institute's involvement in technological development with, for example, Scikit-Learn, which is the only French and European library with a global presence (the first two are TensorFlow under Google control and Pytorch under Facebook control).

It is also a recognition of Inria's involvement in European associations dedicated to AI, such as the CLAIRE research network (Confederation of Laboratories for Artificial Intelligence Research in Europe). This reflects the objective that Inria has set in its Contract of Objectives and Performance to have a mission to support public policies. This role of coordinating the PNRIA is, moreover, the Institute's first public policy support action, following the 2019-2023 COP.

What are the next steps for the PNRIA?

In November 2021, the national strategy for AI took a new turn with the implementation of an acceleration strategy on AI, whose main objectives are training (multiplying the talent trained in AI) and economic impact. Inria's role as coordinator of the research component has been renewed for this acceleration strategy, until the end of 2025.

Three main elements concerning research and Inria will be developed in this acceleration strategy. First, a specific PEPR, coordinated by the CEA, the CNRS and Inria, will fund projects, particularly in the areas of embedded AI, trusted AI and the mathematical foundations of AI. Two major platform projects will also be developed, the first by Inria, which includes new features for Scikit-Learn as well as components on interoperability and data wrangling, and the second by the CEA, for a sovereign Deep Learning platform for embedded AI. Finally, the acceleration strategy includes a major component for training and skills development, in order to develop AI training courses at all levels of higher education and for lifelong learning.

AI is both a major challenge for French research and a structuring factor for the economic fabric. On the first point, we must consider France's place in the heart of AI, i.e., in the development of AI methods, which is reflected in its particularly important presence in major international AI conferences. When we arrive in 2024, the question will naturally arise as to whether new actions should be put in place to continue the National Strategy in AI and its research component, the PNRIA, or whether the French ecosystem is sufficiently structured and solid to emancipate itself from support by a national strategy.

Better understand AI for a more reasoned use

Why must we make AI more responsible?

The New Challenges of AI