Date :
20 Jun. 2019
Changed on 16/01/2020
Jean-Marie Hullot, a computer scientist renowned for his scientific and industrial achievements, passed away on 19th June 2019. Here, Gérard Berry and Gérard Huet pay tribute to him. 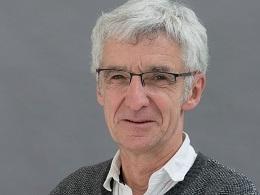 Jean-Marie Hullot was a huge figure in informatics. Aside from the scientific contributions he made at the start of his career as an IRIA researcher, details of which can be found further on, few people can be said to have had such a substantial and long-lasting impact on IT as used by the man in the street. We have him to thank for modern touch-sensitive graphic interactions and interfaces, developed initially at IRIA and then at NeXT, whose wonderful machine is so fondly remembered and which was used most notably by Tim Berners-Lee in order to create the World Wide Web; latterly, Hullot worked for Apple on the Macintosh and its MacOSX operating system and then on the iPhone. Both of these were to prove revolutionary in their field, playing a major role in the development of the large-scale, user-friendly computing that we are now so familiar with, as well as the smartphone revolution.

These elegant, intuitive interfaces were in stark contrast to what had come before, most of which is now consigned to the history books. What is important to understand is that these came about through a combination of an assured aesthetic style and the creation of a programming architecture, both subtle and distinctly scientific, which Jean-Marie Hullot had started to develop during his time as a researcher at the IRIA. Another major contribution involved mechanisms for synchronising different devices - in this case Macs, iPhones and iPads - enabling calendars, to-do lists, etc. to be updated automatically as soon as a change was made on any device, without the need for any transformation and irrespective of the networks being used.  Although now standard, at the time this level of transparency was highly complex and previously unknown. Bear in mind that the field in question, local and synchronised HCI, is vast and complex - achievements of this kind are extremely rare. What Jean-Marie Hullot achieved, first at NeXT and then at Apple, was extraordinary, but it also involved a significant amount of collaborative work with designers. Hullot also worked directly with Steve Jobs, whose quality standards were legendary.

Before his career in the industry, however, Jean-Marie Hullot made many other first-rate scientific contributions. After leaving the École Normale Supérieure in Saint-Cloud, he quickly developed a passion for programming, in particular Lisp. This was during his time at the IRCAM,  then home to the only computer in France properly suited to IT research, the PDP-10, which Pierre Boulez had made a prerequisite in setting up the institute.

ost notable among the figures working there at the time were Patrick Greussay, the author of VLISP and founder of the French Lisp school, and Jérôme Chailloux, the main author of the Le_Lisp system, which for a long time dominated the artificial intelligence scene in France. Hullot himself also worked on Le_Lisp, making a number of significant contributions.

After meeting Gérard Huet, whose master course he had taken at Orsay, he joined the IRIA in Rocquencourt to begin his PhD. He began his research into term rewriting, a problem with its roots in mathematical logic and universal algebra, and which is essential to the mathematical foundations of computing. Using as a basis the completion algorithm described in the seminal article by Knuth and Bendix, he developed a comprehensive system for completing algebraic theories, including the latest advances in processing commutative and associative operators, enabling transition with the computing of polynomial Gröbner bases. The KB program developed as part of his thesis work had a particularly meticulous algorithm, enabling users to experiment with non-trivial axiomatisation, as seen, for example, in the work undertaken at the University of Edinburgh involving the canonical modelling of robot movement. The reputation of his program was enough to earn Hullot an invitation to spend a year as a guest researcher at the Stanford Research Institute in 1980-1981. It was there that, working alongside Gérard Huet, he developed the foundations for the theory of algebraic rewriting, at the time in its infancy. His article Canonical forms and unification , presented at the International Conference on Automated Deduction in 1980, outlined a fundamental result on over-reduction, helping to establish the completeness theorem for the narrowing procedure (Term Rewriting Systems, Cambridge University Press 2003, p. 297).

He had his viva for his PhD thesis at the University of Paris XI-Orsay (Compiling canonical forms in equational theories) on 14th November 1980. The culmination of his work in effective algebra, this became the bible for researchers working on rewriting, now an essential field in basic informatics. This was the first French technical document written using the TeX typesetting system, in the process of being developed at the time by Don Knuth at Stanford, where Jean-Marie Hullot had spent a year. He was struck by the surprisingly high graphic quality of documents processed using TeX, as well as the bitmap screens being developed at the time at Xerox’s PARC laboratory.

In 1981, he joined Inria in Rocquencourt, where he began work on the Sycomore project, directed by Jean Vuillemin, that Jérôme Chailloux, designer of the Le_Lisp programming language, had just joined. There he discovered the first Macintosh, a ground-breaking commercial computer that benefited from advances from PARC (bitmap display, window interfaces, ethernet) and the SRI (the mouse). However, he quickly found the way in which the interfaces were programmed infuriating. With this being the era of the birth of object languages, he initially decided to develop his own language on top of Le_Lisp, Ceyx, which focused on dynamic aspects not found in other languages at the time (he later switched to Objective C, a similar type of language, only much more effective). This remarkable language, the implementation of which was to prove a lesson in simplicity and intelligence, was used most notably by Gérard Berry in writing his first Esterel compiler.

This work resulted in the creation of the first interface generator to mix direct graphic design and simple programming, SOS Interfaces. It was while presenting this highly original system during a seminar at Stanford University that he met Steve Jobs, who had been fired from Apple, and who immediately sought to recruit Hullot to create his next machine, NeXT. Although this machine did not prove to be a commercial success, it has gone down in history as probably the most elegant machine ever built, and acted as a precursor to everything that would go on to happen afterwards.

Jean-Marie Hullot then took charge of interfaces and interactions for the new Macintosh as technical director of Apple’s applications department. His creations, and those of his team, continue to influence modern computing. Hullot then left Apple and California to move to Paris. There, Steve Jobs called upon him to regenerate Apple's creative spirit, but he refused to return to California, and instead offered to create a telephone, or rather a smartphone, as they are now known.

After some initial difficulties in persuading Steve Jobs, who wasn’t entirely convinced by the idea, he created the iPhone in a secret laboratory in Paris with around twenty people. The rest is history, and quite different from what Steve Ballmer said during the first demonstration by Steve Jobs: “This thing has no industrial future!” With more than a billion of them sold, the iPhone is probably one of the biggest aesthetic and industrial successes of all time.

Hullot also ran a number of tech firms in France. The aim behind the company RealNames, which he founded in 1996, was to provide the internet, at the time booming but still rather anarchic when it came to naming, with a standardised naming space. He later sought to create an open infrastructure for sharing photographs, following the model of the free encyclopaedia Wikipedia, setting up the company Fotopedia. These companies did not stand the test of time, but they did give many young professionals the chance to learn using advanced technology, and in turn to set up their own tech firms.

A creative mathematician, a visionary computer scientist, an elegant programmer, a meticulous engineer, a peerless tech expert and a refined aesthete, Jean-Marie Hullot left a lasting impression on his era. Simply put, the results of his work changed the world for ever. The Iris Foundation, which he set up with his partner Françoise with the goal of protecting the earth’s fragile beauty, continues to convey his humanitarian message.

Jean-Marie Hullot in a few dates

Jean-Marie Hullot, from perforated cards to the iPhone