Date:
15 Jun. 2018
Publish on 23/01/2020
Within the framework of the Human Brain Project [1], researchers from the Parietal team are actively taking part in the multidisciplinary collaborative project [2] entitled Individual Brain Charting, which consists in creating a precise macroscopic map of the cognitive functions of the human brain. The ultimate aim of the acquisition of functional MRI data during the performance of behavioural tasks is to develop a veritable functional brain atlas. On 12 June, the international scientific journal Scientific Data , by the Nature group, published an article on this major project. 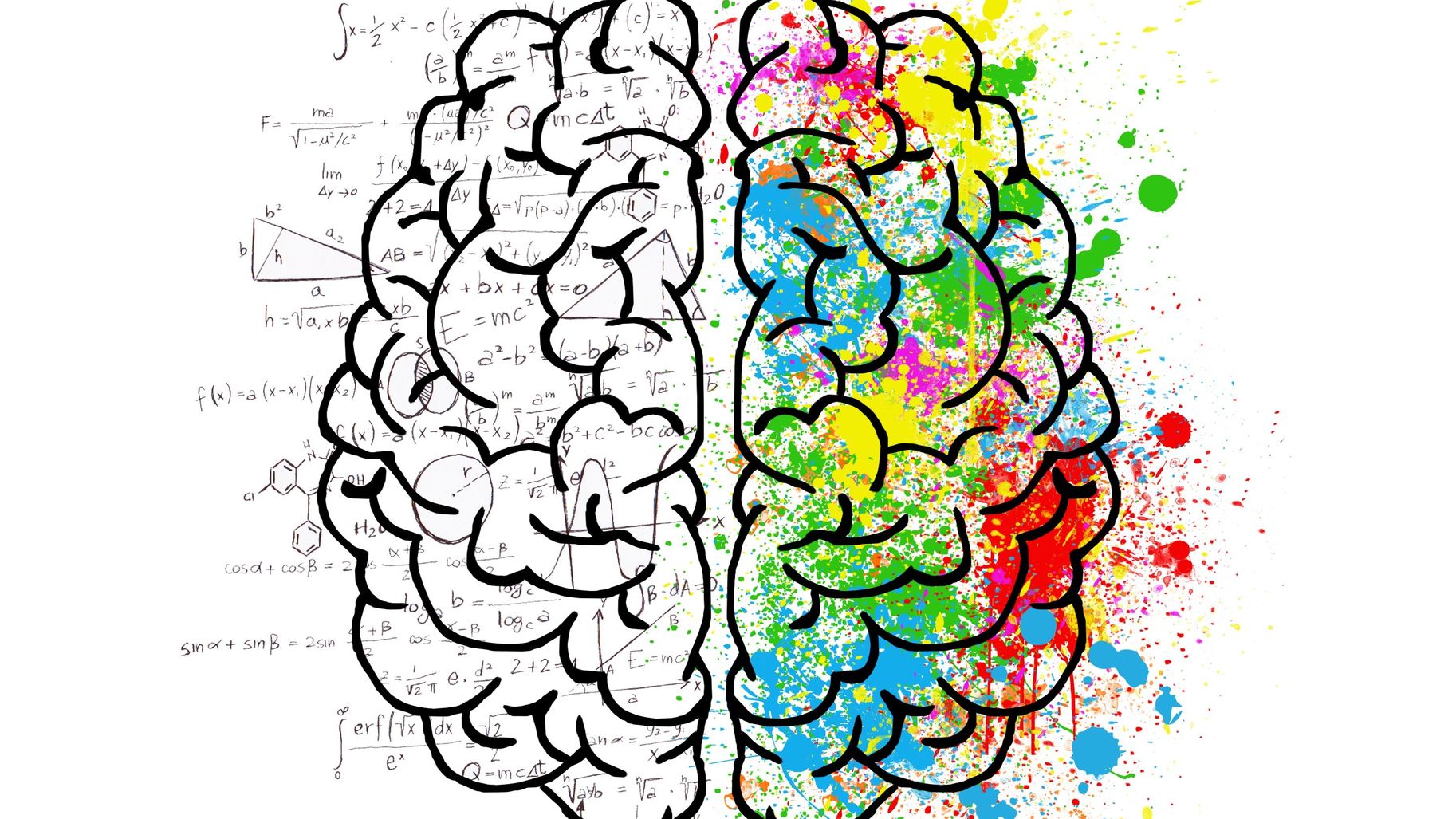 Links between cognition and functional brain organisation: the challenge for the neurosciences

One of the challenges for the neurosciences is, among others, to understand the functional organisation of the brain , i.e. to identify the brain areas necessary for the performance of certain everyday tasks: command of movements, sensory perception, learning, decision-making, language, manipulation of symbols, self-awareness and social interactions. These are referred to as cognitive tasks.

This understanding is essential in order to improve the scientific knowledge of certain neurological and neurodegenerative diseases (Alzheimer's, Parkinson's, epilepsy, multiple sclerosis, stroke, etc.), psychiatric disorders (depression, addiction and schizophrenia), neurodevelopmental or pervasive developmental disorders (autism) and sensory organ deficiencies (visual, auditive or olfactory impairments). In this way, the neurosciences are contributing to earlier diagnosis, improved prediction of cognitive or behavioural disorders and the development of palliative treatments.

Even though there is no lack of scientific advances in this field, until now no data collection process has been dedicated to systematically mapping functional cognitive mechanisms, and it is still very difficult to identify and “visualise” the links between cognition and functional brain organisation.

This is the challenge that a multidisciplinary research team has decided to take on through the Individual Brain Charting (IBC) project. Led by Lucie Hertz-Pannier (CEA, INSERM, NeuroSpin, UNIACT, Paris-Descartes University) and under the scientific responsibility of Bertrand Thirion, head of the Parietal project team at the Inria Saclay – Île-de-France centre, the project is based on a fixed group of 12 participants and on NeuroSpin 's imaging technologies – all the data are collected using high-resolution (1.5mm) fMRI (functional magnetic resonance imaging). The fact that the data is always taken from the same individuals avoids the confounding effects of subject and/or acquisition site variability.

Each participant performed several cognitive tasks: both “low-level” – relating to simple activities, such as looking at an image or tapping a finger three times – and “high-level” concerning, for example, mental arithmetic, reading sentences or interpreting a story involving someone's beliefs.

Over 60 months' work and the collaboration of over 20 scientists were required in order to collect all the functional and structural information necessary to characterise the structure of the brain and create maps of unprecedented precision.  The large quantity of fMRI data obtained from the same subjects, at the same site, provides a precise map of the cognitive functions involved during the performance of a dozen different tasks.

“At the moment, when we observe a patient with a lesion in an area of the brain, we have a fairly vague idea of the impact it might have. This is simply because our understanding of the brain is limited, and everyone’s brain – and therefore the brain of the patient in question – is unique. We want to reduce the area of uncertainty by studying a small number of brains in great detail. These observations will thereby serve as a basis for simulating a brain, which is the central objective of the Human Brain Project,” explains Bertrand Thirion.

The IBC project is still in its early stages as only a dozen cognitive tasks have been recorded and mapped to date. Future developments will include new data corresponding to new tasks, which will enrich this mapping. The aim of the team is ultimately to develop a complete neurocognitive atlas derived from all these data: “We hope to be able to deliver this atlas at the end of the project in 2022. We’re about halfway there!”  says Bertrand Thirion.

In the article published by the journal Scientific Data (Nature group), the scientists present the first version of the IBC project data, which covers a dozen distinct tasks. The project's raw data are public and available on the OpenNeuro website (ds000244) and the post-processed data are available on NeuroVault (id2138). The manuscript also provides estimates of the quality of the data as well as a statistical assessment of the cognitive networks determined by the effects relating to the subject, the task and the acquisition parameters.

The Parietal project team and the Human Brain Project

“The Parietal project team has been working at the NeuroSpin platform since 2009. It has developed expertise in the processing of data from human MRI and in the analysis of cognitive functions, enabling it to perform this unprecedented experiment. Of course, this is carried out in partnership with collaborators outside Inria, whether at the CEA or INSERM, as well as with a global network of partners. Inria makes a special contribution to the Human Brain Project through our deliberately open approach (open science), which has led us to share our codes and data with the whole community.”

Figure 1: Geometric models of the brains of the 12 participants in the IBC (Individual Brain Mapping) project. Within the framework of the IBC project, 10 acquisitions (8 using fMRI and 2 using anatomical and diffusion MRI) were carried out on 12 volunteers. These models, obtained from anatomical MRI images, show the differences in brain shape. These differences are normal and can be found throughout the population.  https://project.inria.fr/IBC/ 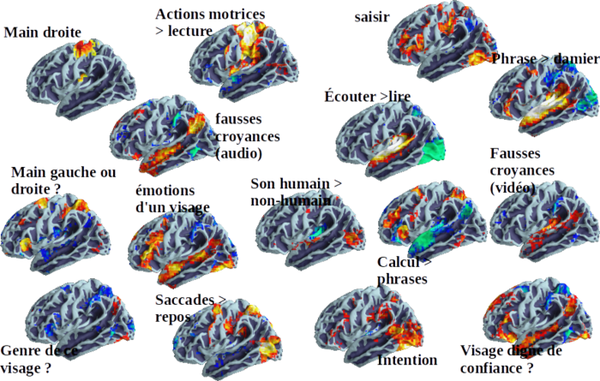 Figure 2: The IBC project collects high-quality, high-resolution functional and structural information in order to characterise the structure of the brain and to create maps of an unprecedented precision. IBC gives the 12 subjects a large number of functional paradigms and the images obtained make it possible to specify which brain regions are activated during a given task. Base Archi © C. Poupon/P. Pinel

[1] The Human Brain Project is an international collaboration dedicated to the modelling of the human brain, in particular by high performance computing. The aim is to use the results obtained to develop new, more effective medical treatments for neurological disorders. It has been chosen as one of the European Union's two FET Flagships (“Future and Emerging Technologies Flagship Initiatives”).

[2] Project carried out in close collaboration with the CEA, Collège de France, Inria, Inserm, NeuroSpin, and the Paris-Descartes, Paris-Saclay and Paris-Sud universities.

[3] NeuroSpin, which is located within the CEA at the Saclay site, is a brain research facility equipped with large imaging instruments. It brings together physicians and neuroscientists, enabling them to work in synergy to develop the tools and models that will allow a better understanding of how the brain works.