Date:
27 Apr. 2018
Publish on 28/01/2020
For the past fifteen years or so, scientists have combined biomechanical analysis and virtual reality in an attempt to study sporting skills and to design new training tools geared towards improving player performance. In Rennes, this is one of the specialist areas of the Mouvement Sport Santé (M2S) laboratory, whose Inria team MimeTIC have entered into a collaboration with the Institut des Sciences du Mouvement Etienne-Jules Marey (UMR 7287), based in Marseille. The goal is to develop a viable market-ready tool for perfecting shooting in basketball. It is worth noting that this project is jointly funded by Inria and STAR, both members of the Instituts Carnot network. 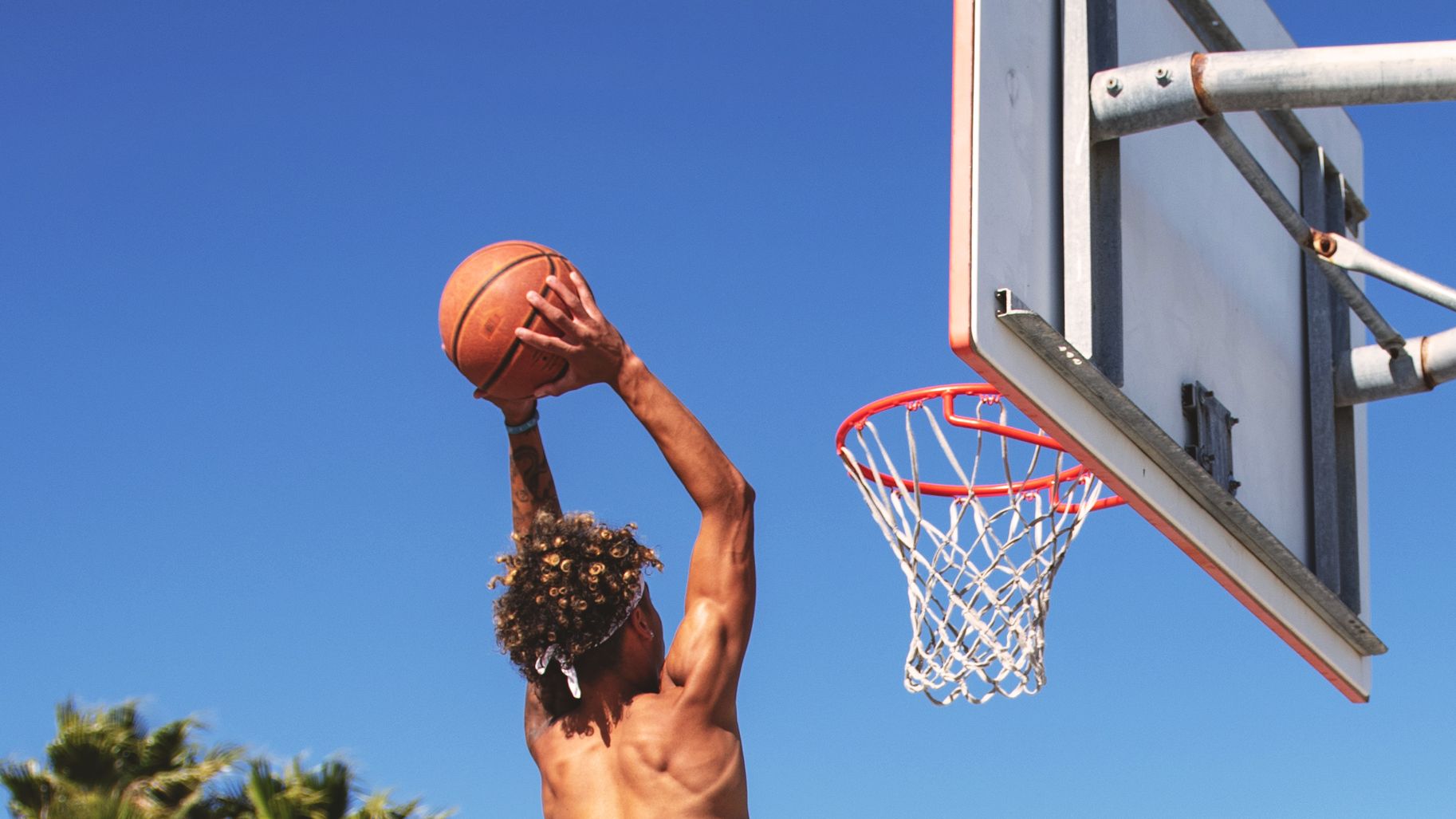 Picture a player feinting to go left before going right, the classic body swerve enabling them to get past the opposition defence. A winning ticket in football, rugby and so many other sports.   On the Ker Lann campus, just a stone’s throw away from Rennes, researchers from laboratoire M2   analyse sporting interaction in all its forms. For this purpose, they have at their disposal infrastructure that is unique in France: the Immermove platform, a gymnasium specially equipped for motion capture with its own spacious virtual reality room. They work in tandem with their colleagues and neighbours from MimeTIC , a team who specialise in virtual humans and animation. The work carried out by these two teams has seen The University of Rennes 2 rise to among the world’s top 200 institutions in the science and sport category in the Shanghai Rankings.

“What we are focused on is developing a better understanding of motor performance and perception performance in sport ”, explains the researcher Richard Kulpa . “The first component deals with biomechanical analysis, where the goal is to extract selective parameters from certain movements. We then combine this knowledge with virtual reality tools in order to build a standardised environment where we are able to control what is seen by the user. This enables us to analyse not only their motor performance, but their perception performance as well; what a player notices about their opponent that could give them an advantage. We observe how they react in response to the visual stimulus that we send them on their screen. In rugby, for example, if an attacker shapes to go one way, certain parameters - such as the orientation of their head or their shoulders - are designed to fool their opponent, but there are other postural parameters that they maintain, enabling them to change direction quickly, such as the orientation of their hips, for example. ”

Detecting a dummy happens extremely quickly. There might only be a difference of 100 milliseconds between the decision making of a beginner and that of an expert - a time interval that can make all the difference. Virtual reality training will focus on quickly taking on board this type of information. “We can also intervene when it comes to the spatial parameters of a player’s posture, changing the height of an arm or the position of the opponent, etc. ” The researchers working within these Brittany-based teams design experimental protocols in collaboration with federations or clubs from different disciplines.  Basketball is the setting for the company’s latest adventure, which began with a phone call from Marseille. “Our colleagues from the Motor-Perception Behaviour laboratory at the Institute of Movement Science  Etienne Jules Marey had been developing a training scenario based on virtual reality, the aim being to improve shooting. Their expertise was mostly centred around neuroscience. What they lacked, however, was virtual humans, and this notion of interacting with a virtual opponent. ” The perfect circumstances, therefore, for a collaboration.

Each of the teams will be funded by a member of the Carnot network, a label granted to 38 institutes of excellence dedicated to research and innovation at a corporate management level. In Marseille, CPM is affiliated to the STAR, an institute centred around R&D in sport and health. In Rennes, M2S is affiliated to Inria, another holder of the label, through the Mimetic project team. Inria made the decision to support this project based on the technology transfer opportunities they felt it could open up.

Inria’s contribution will help pay the cost of an engineer, who will be tasked with developing the M2S animation platform. “We use different simulators in Rennes and Marseille. We want to make them compatible with each other in order to be able to use them in both locations. ” Launched in early October 2017, the project will run for a period of one year. “It should deliver a proof of concept. This will be followed by the maturation phase, with a view towards industrialisation and the tool being transferred to a major player from the business world. This step will be coordinated by the SATT for the South-East region, and could lead to the launch of a start-up. ”