Date:
03 Jan. 2022
Changed on 10/01/2022
From a thesis at INRIA to the creation of a start-up, via the management of a team and applied research, Liliana Cucu-Grosjean has overcome multiple obstacles in defiance of her own preconceived ideas or those of others. On her way, she has also succeeded in advancing an entire field; that of an applied statistics approach to real-time embedded systems. We present the portrait of a go-getter. 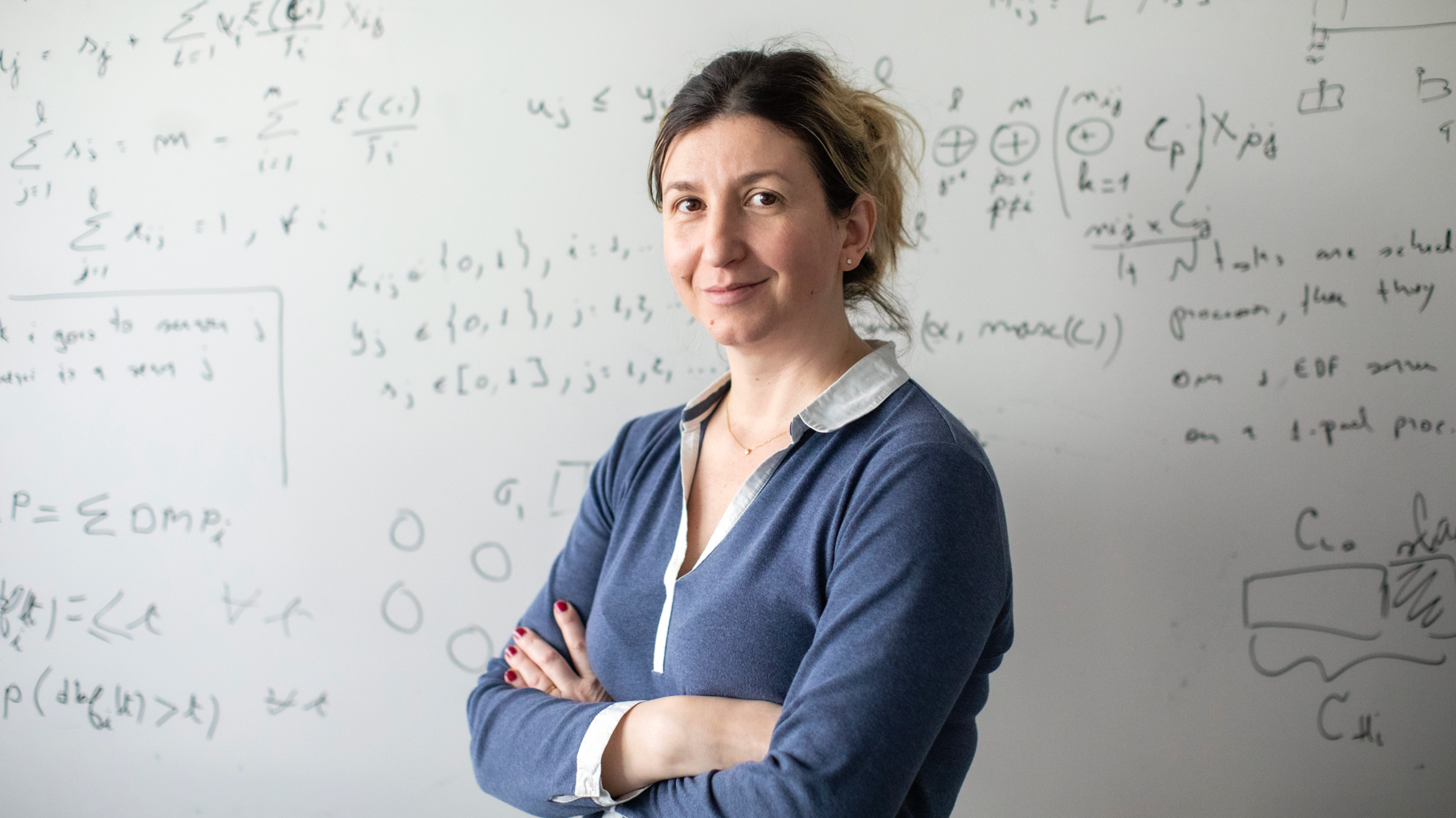 From Romania to Paris via Toulouse

On paper, Liliana Cucu-Grosjean is a statistical anomaly, which could be considered the ultimate paradox for a trained mathematician. But as she admits: “I’ve been really lucky throughout my career, because I met the right people at the right time. All I had to do was seize the opportunities that came my way.”

This was the case in 2001, when Liliana Cucu-Grosjean applied for a thesis at INRIA from Romania and joined the INRIA headquarters in Rocquencourt. “I’d heard about INRIA during my Erasmus Master’s year in Toulouse”, she recalls, “but I was above all interested in the proposed subject, graph theory, my chosen field, with a significant proportion devoted to application.”

From mathematics to computer science

Following her thesis defence in 2004, she carried out an initial post-doctorate in Portugal, where she began working on the application of probabilities and statistics for real-time computing. A second post-doc in Belgium was focused on multi-core aspects. Her aim was to return to INRIA, which she achieved through the post of Temporary Teaching and Research Assistant (ATER) in 2006. Two years later, Liliana Cucu-Grosjean became the first woman to be appointed to the post of research fellow at the INRIA Nancy-Grand Est Centre. “At that time, the cards were effectively not stacked in my favour for such a career”, the researcher tells us. “Mentalities have changed today, however, the glass ceiling has been broken and scientific assessment at INRIA is less biased.”

The researcher has continued her work and climbed the ranks...almost unintentionally.

“In 2012, it was suggested that I take charge of the Trio team at INRIA Nancy, but I felt I was too young; I thought that this responsibility was stopping me from devoting myself to my research. I had already dedicated so much to the probabilistic approach to critical systems and I knew that I was one of the few people in the world capable of moving this field forward”, she points out. “I also firmly believe that being a leader is a skill you build, and in 2012, it was too early for me.”

She thus applied for a transfer from Nancy to Paris and returned to the INRIA headquarters in Rocquencourt in 2013, this time as a researcher on the Aoste project team.

Liliana thus had free rein to devote herself to her research and pursue a dream to contribute to the building of aircraft, trains or cars. Real-time embedded systems is in fact the field where the method developed by Liliana Cucu-Grosjean and her colleagues is applied. What’s the aim? To use statistics to assess the execution times of integrated programmes in these vehicles (e.g., automatic pilot, braking or ABS) for which a breakdown can spell disaster. 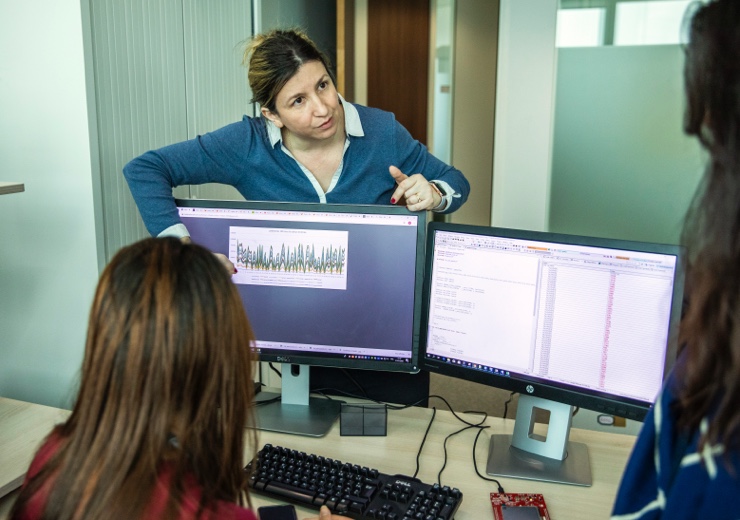 Up to now, manufacturers have carried out a statistical analysis on an exact model of the programme and its processor and established a “worst case” value, i.e., the maximal time plus a safety margin, that had to be given to the programme for it to execute without “crashing”. “This method has two major drawbacks”, the researcher points out.

“Firstly, as soon as a modification is made to the programme, a complete analysis has to be carried out again, which can take several weeks and thus delay its launch on the market. Secondly, it will not be applicable to the complex architectures which are beginning to emerge, as these cannot be modelled perfectly.”

From idea to proof

The statistical method developed by Liliana Cucu-Grosjean and her team tackles these two issues. To begin with, it enables a new analysis to be executed in just a few minutes in the event of modifications to the programme, and it can also be applied to complex systems. It is based on a value distribution combined with probabilities; there are X chances that the programme executes in such a time, Y chances that it executes in another time, etc.

“When we began working on this method, it seemed unorthodox to use statistics to assess the reliability of an airplane”, the researcher laughs. “It’s widely accepted by manufacturers at present.” It must be said that Liliana Cucu-Grosjean’s approach has since proven its worth. INRIA funded an exploratory action devoted to this from 2016 to 2018, immediately followed by the creation of a team named Kopernic. This team brings together renowned statisticians, such as Professor Avner Bar-Hen, and acclaimed real-time researchers such as Yves Sorel or Yasmina Abdeddaïm… managed by Liliana Cucu-Grosjean.

“I was already the first female researcher in my field at INRIA, and when I entered the running to become senior researcher, that was also a first!”

Statinf, the start-up winning over manufacturers

The mathematician who also became a computer scientist did not stop there and added a new feather to her cap in 2019 when she co-founded a start-up. The software developed by Kopernic, named RocqStat, has attracted so much interest from manufacturers that it is considered worth commercialising. Alongside her sister, a statistician at first remotely, then closely, involved in the development of the software, she thus created Statinf, the start-up responsible for transforming the academic prototype into a robust industrial tool. The start-up was initially supported financially by Inriahub (the forerunner of Inria Start-up Studio), then joined the  Agoranov incubator and lastly the  Wilco and Blast accelerators. These forms of support enabled the start-up to recruit engineers, a technical vice-president and a sales director, and to fund statisticians or engineers undertaking CIFRE theses with the Kopernic team. As a result, the tool is ready, and in 2022, Statinf will be working closely with its partners (Airbus for aeronautics and  Easymile for self-driving cars) in order to certify the tool. 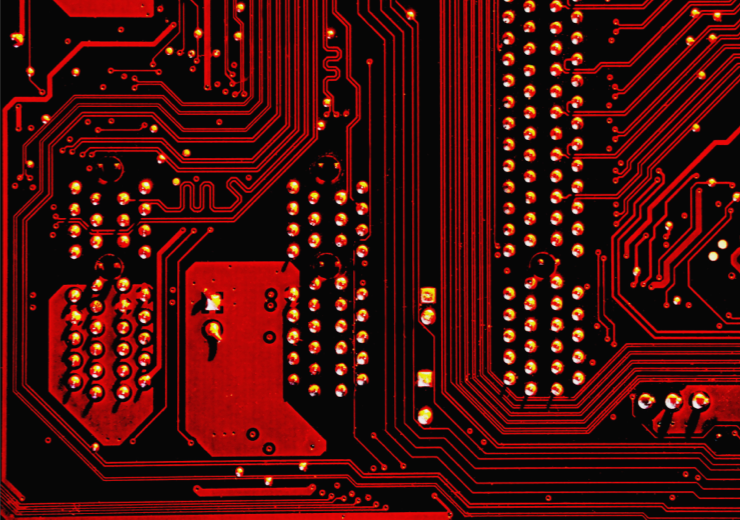 At present, Liliana Cucu-Grosjean acts one day a week as scientific advisor to Statinf and is also pursuing her research with Kopernic in a new sector: that of systems of systems, in other words communicating objects.

“We don’t have expertise in communication, but we’re going to build collaborative projects with teams who do, and we’ll provide our knowledge in statistics for embedded programmes.”

There’s little doubt that this will also lead to great breakthroughs. As Liliana Cucu-Grosjean admits, “when I’ve made a choice, or decided on a centre of interest, I throw myself into it and do everything I can to succeed.” Whether the statistics are favourable or not...

In 2015, Liliana Cucu-Grosjean assumed the role of co-chairperson of the Committee on Gender Equality and Equal Opportunities. The committee formed working groups (on equality, harassment etc.) and published recommendations which INRIA is at liberty to follow. “We can see that this is bearing fruit and at present, for example, among scientific staff, women have access to all levels of hierarchy”, the researcher is pleased to note.