Date:
06 Oct. 2020
Changed on 08/10/2020
Liat Peterfreund joined the IT Department of ENS-PSL and the Valda team (ENS-PSL University, CNRS, Fondation Sciences Mathématiques de Paris and INRIA) just one year ago, shortly after completing her doctorate at Technion - The Israel Institute of Technology. The young scientist studies the processing of IT data: how to extract, classify and, above all, express data.

Liat’s work focuses on graph databases, which have become increasingly popular with time and the democratisation of the web and online services (banks, social networks, e-commerce, etc.) These databases enable the creation of relationship models, in order to detect financial fraud, for example, or facilitate online suggestions.

This is a fascinating area of research involving a wide range of application fields and business sectors. Use of graph databases ranges from web giants such as Amazon or Facebook to biology, to represent certain molecules, e.g. proteins.

This type of database essentially serves to store information in a graphic format, in which nodes represent entities and branches the relationships between these entities. 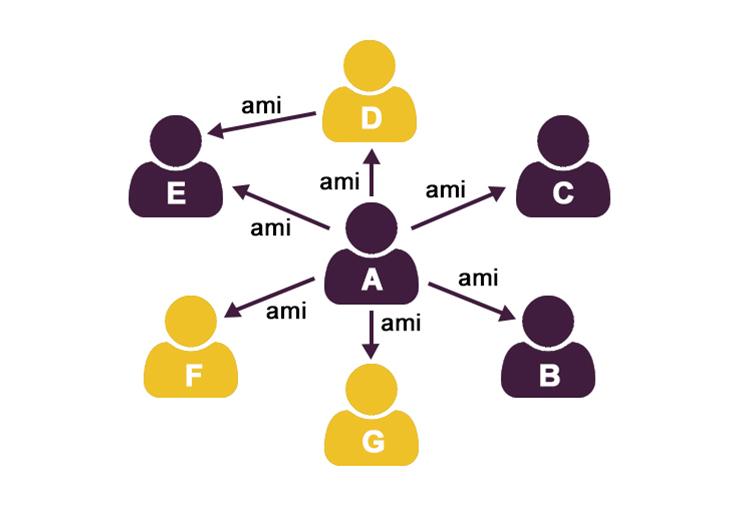 Above is a highly-simplified representation of a social network graph. From an individual (a ‘node’, represented here by A) and their relations (peripheries), it is possible to determine who the ‘friends of friends’ of this specific individual are (the type of relationship is represented by branches or arrows). Here, E is A’s friend, but also D’s friend, who is also a friend of A.

Creating a common language for enhanced transmission and understanding of information 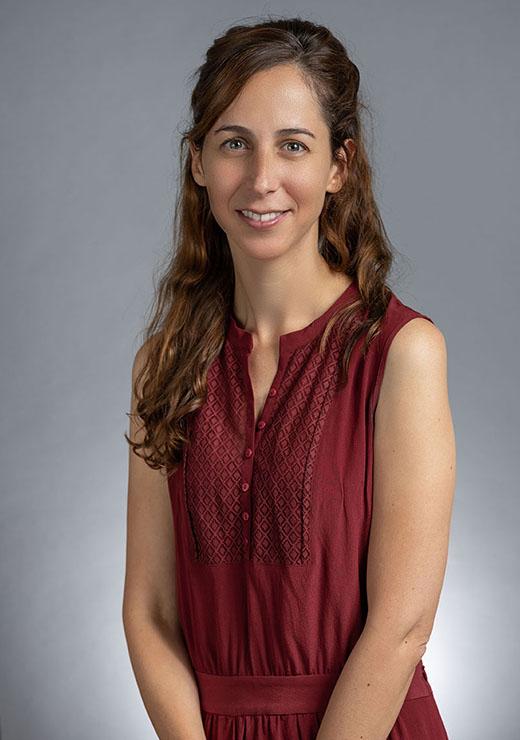 Obtaining these graphs is far from being a simple task. In order to structure and analyse data, in other words to render it usable, ‘patterns' need to identified, i.e. repetition needs to be found between data, and information needs to be extracted and examined from the right perspective using the right method. All of this must be done, of course, in a specific computer language.

The language which allows us to examine databases is not unique. All players placing graphs at the core of their business activities use variants.

‘While all languages possess a common origin, such as the Latin languages Spanish, Italian and French,’ says Liat, ‘the languages used remain very different from each other; it’s difficult to speak them all, which raises a real issue regarding the flow of information and data cross-referencing.’

Liat and her team are currently working on this complex question in the school’s IT Department. She is contributing to the search for a new query language standard (graph query language) so that all players can examine their databases via a standardised set of questions.

‘This will enable enhanced understanding of programmes, their complexity, their meaning and their accuracy’, the researcher explains.

While some of her colleagues focus on the ‘computer grammar’ aspect (i.e. ensuring the required language elements are present and proceeding in the right order, (the equivalent of subject-verb-object), Liat deals with the semantic field, exploring the appropriate meaning of the words in use.

The importance of finding meaning in research

This definition process is being developed at the same time as the design of the language itself, via a rigorous two-way system.  ‘This means that we will also have an impact on the design of the language itself. This project could affect several economic sectors in the coming years and raise numerous research questions, which would be highly interesting for the academic community,’ Liat comments enthusiastically.

These recent works have earned the young scientist a place among the winners of L’Oréal-UNESCO Women In Science grants.

‘Thanks to this prize, I’ll be able to set up new partnerships and maintain existing ones by meeting foreign researchers and taking part in international conferences’, she gratefully admits.

Just as important, Liat will also be able to procure better IT equipment, such as adapted cloud services and more effective tools, thus allowing her to verify the theoretical results of her research with the implementation of algorithms and experiments. ‘On the whole, I hope my work has and will have a positive impact on society’ says the young woman, who initially wanted to become a psychologist to help people live better.

Liat’s vocation may have changed, but she is happy to be a researcher, which ‘allows me to learn something every day and take on mathematical challenges.’  She also has a keen interest in the process of scientific transmission: ‘I love the moment of formalising thought, the instant when an idea takes shape on paper. I also like communicating this idea to others, especially if what I’m doing makes sense, which I hope it does!’ she tells us with a smile.