Date:
08 Feb. 2018
Publish on 29/01/2020
A multidisciplinary team, with Tahar Amari and Aurelien Canou from the Centre de physique théorique*, in collaboration with Jean-Jacques Aly from the Laboratoire d'Astrophysique, interprétation - modélisation**, François Delyon from the Laboratoire de physique théorique de la matière condensée*** and Frédéric Alauzet from the Centre de recherche Inria Saclay - Île-de-France, has just made a major scientific discovery: a single phenomenon could control all solar flares. 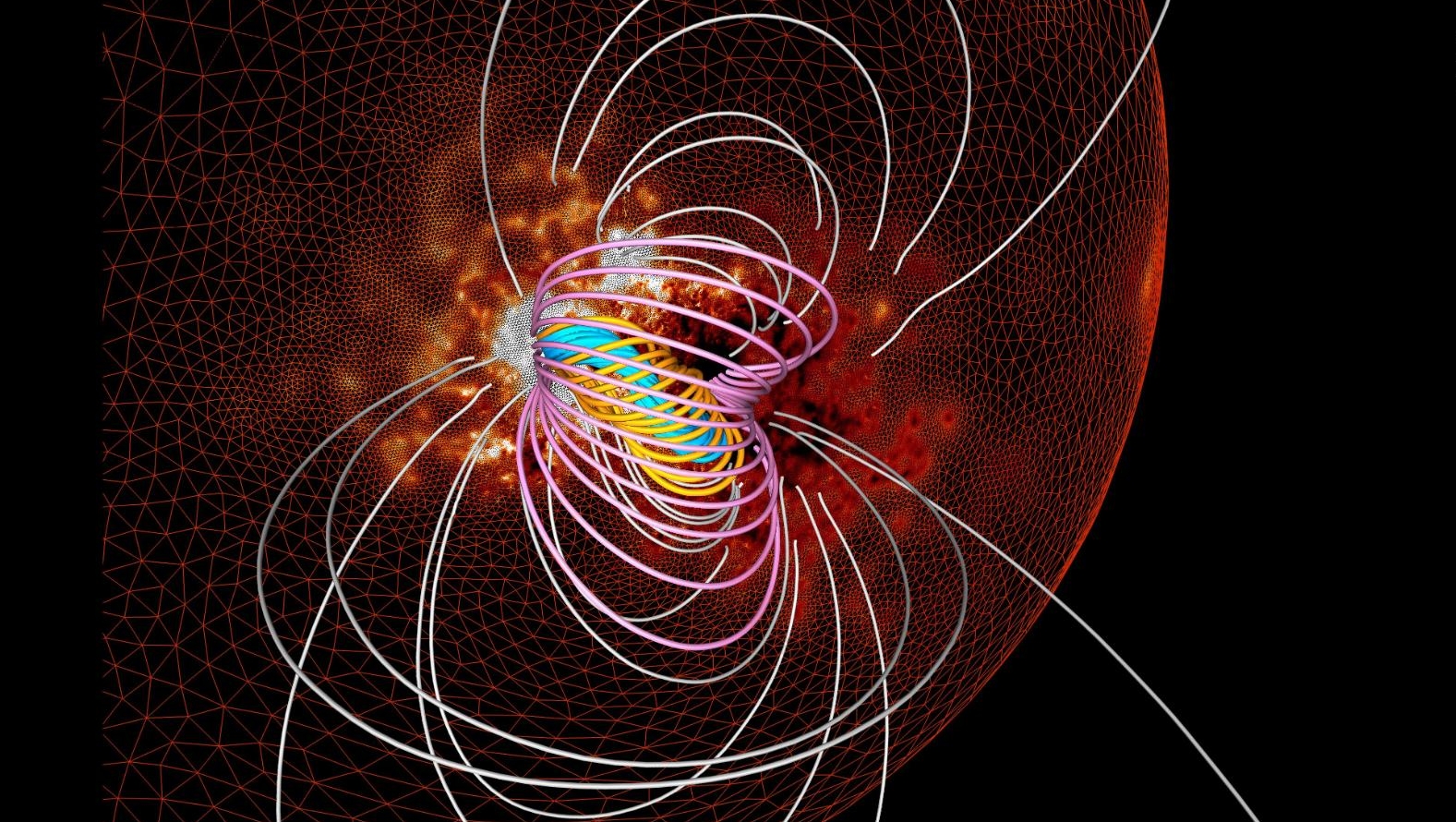 Extracts from the press release :

The team has succeeded in highlighting the presence of a reinforced "cage" in which a twisted magnetic "rope" (like a hemp rope) develops at the origin of solar flares. It is the resistance of this cage to rope attacks that determines the power and type of eruption to come.

As on Earth, storms and "hurricanes" sweep through the Sun's atmosphere. On the latter, these phenomena, caused by a sudden and sudden reconfiguration of the solar magnetic field, are characterized by an intense release of energy in the form of light and particle emissions and, sometimes, by the ejection of a plasma bubble.

It is the study of these phenomena, which occur in the corona, the outermost zone of the Sun, that will allow the development of predictive models , as for terrestrial weather, to limit our technological vulnerability to solar flares that can impact several sectors: electricity distribution, GPS and communication systems, etc.

Using the team's method of tracking an eruption in the last few hours before it is born, the researchers developed a model that can predict the maximum energy that can be released by the area of the Sun concerned.

This work, a new step in the early prediction of solar flares , demonstrates the crucial role played by the "cage-string" magnetic couple in the control of flares. They have also developed a model that can predict the maximum energy that can be released during a solar flare , with potentially devastating consequences for the Earth.

Consult the summary of the article on the Nature magazine website