Date:
21 Nov. 2016
Publish on 29/01/2020
Karthikeyan Bhargavan, an Inria director of research specialised in the security of data exchanges on the Internet, has just received the Inria Young Researcher Award. This latest award comes in recognition of his excellent knowledge of programming languages, Internet protocols and cryptography. He has followed an unusual career to acquire this interdisciplinary expertise. 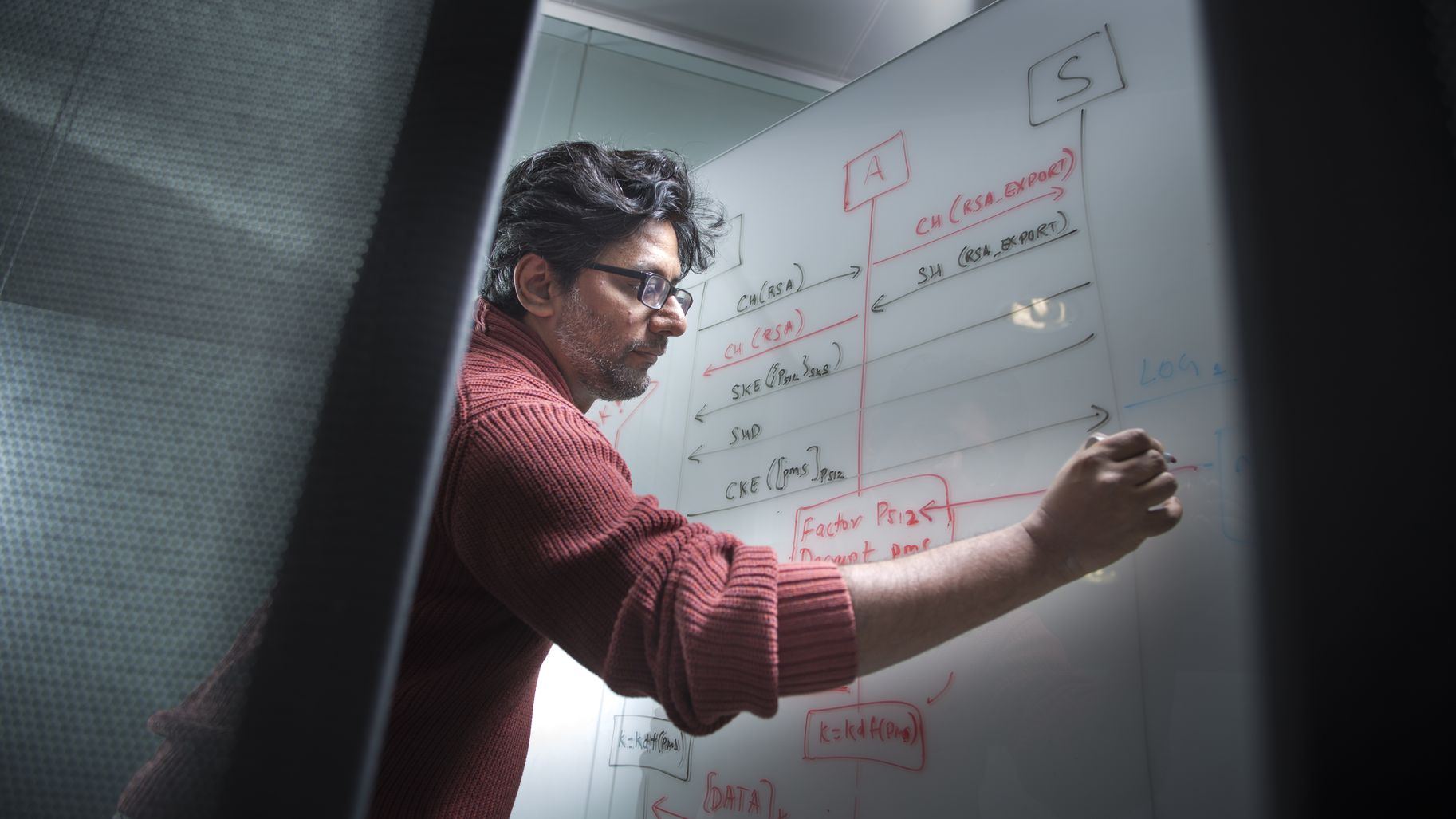 At 40 years of age, Karthikeyan Bhargavan can take pride in having gained recognition from his peers. This specialist in data security on the Internet has been awarded European Research Council (ERC) grants on two occasions in the past six years. The first was a Starting Grant in 2010, followed by an ERC Consolidator Grant last year. The Inria Young Researcher Award thus joins an already impressive list of achievements. This success has not, however, gone to Karthikeyan Bhargavan’s head: “These grants and the award give us great satisfaction. They show recognition of our ability to build bridges between different scientific fields, something not always observed among research teams, which often focus on one particular field of knowledge. ”

Karthikeyan Bhargavan has acquired this interdisciplinary expertise by leading an unusual career. “My interest in cryptography developed in an unusual way, ” he admits. “I did a lot of work on programming languages during my years as a student in India. ” He had the opportunity to learn more about Internet protocols while he was preparing his PhD at the University of Pennsylvania in the USA. To add industrial experience to his academic achievements, Karthikeyan then joined Microsoft Research in Cambridge in the United Kingdom. This brought him into first-hand contact with the world of cryptography: “My previous experience had given me an understanding of programming languages and protocols; it now seemed logical to take a closer look at cybersecurity, ” he recalls.

After acquiring this practical experience in industry, the young scientist decided to move to France and join Inria Rocquencourt as a researcher. In 2015, he became a director of research: “I wanted to become more involved in the academic research which allowed me to choose open source projects and supervise doctoral students. ” Karthikeyan also teaches at the École Polytechnique and on the MPRI Master's degree programme in computer science.

Since 2012, he has led the Prosecco project-team, whose ten members, including three full-time researchers, carry out research on the cryptographic mechanisms used for secure communication on the Internet. Initially, this work was concerned with developing F*, a new programming language and forerunner of a new generation of cryptographic systems. Use of the first version of this programming language to check the TLS (miTLS) cryptographic protocol revealed security problems. The existence of these bugs was confirmed in 2014 and 2015 with the Triple Handshake, Freak and Logjam attacks on the TLS protocol: “During our research, we observed that secure cryptographic primitives did not necessarily mean that software built from these algorithms would also work safely, ” Karthikeyan explains. “We therefore had to develop a whole series of tools and techniques to ensure the implementation of a proven, flawless security system. ” The Consolidator Grant awarded in 2015 has allowed his team to advance even further in the design of a proven cryptographic system, by including the security core of the web browser.

A foot in the door of the business world

Far from shutting himself away in his research laboratory, Karthikeyan Bhargavan also enjoys working with business: “People in industry very often ask us to analyse an Internet protocol they have developed in-house to check that the model is secure. Businesses are, on the whole, very receptive to our ideas. ”

When evoking his work, Karthikeyan constantly returns to the personal pleasure he gets from research, but also stresses the importance of team work: “What I have achieved so far owes a great deal to the researchers and students I work with and I’m very grateful to them. ” He also mentions the impact his work has on social issues: “We are going to see generalised use of specialised cryptographic applications for which security problems have not yet been resolved. That forces us to consider such highly topical issues as personal data security and protection of privacy. ” Karthikeyan is enthusiastic about his work and has no shortage of arguments for encouraging young people to take up research: “A few hours spent in a research laboratory can be the starting point of a brilliant idea! ”

"Karthik and I share a course on the MPRI Master's degree programme in computer science. We adopt a complementary approach, working mainly on cryptographic primitives, in other words, building blocks. An Internet security protocol, like TLS, implies a very large number of building blocks and highly complex assembly processes. Karthik’s job is to study the security of the overall protocol, working on the assumption that small building blocks are indeed secure. As far as I know, he’s the only person who has developed tools capable of analysing these large protocols right through to their actual implementations. And in trying to prove their security, he detects flaws in the protocols and programming bugs " 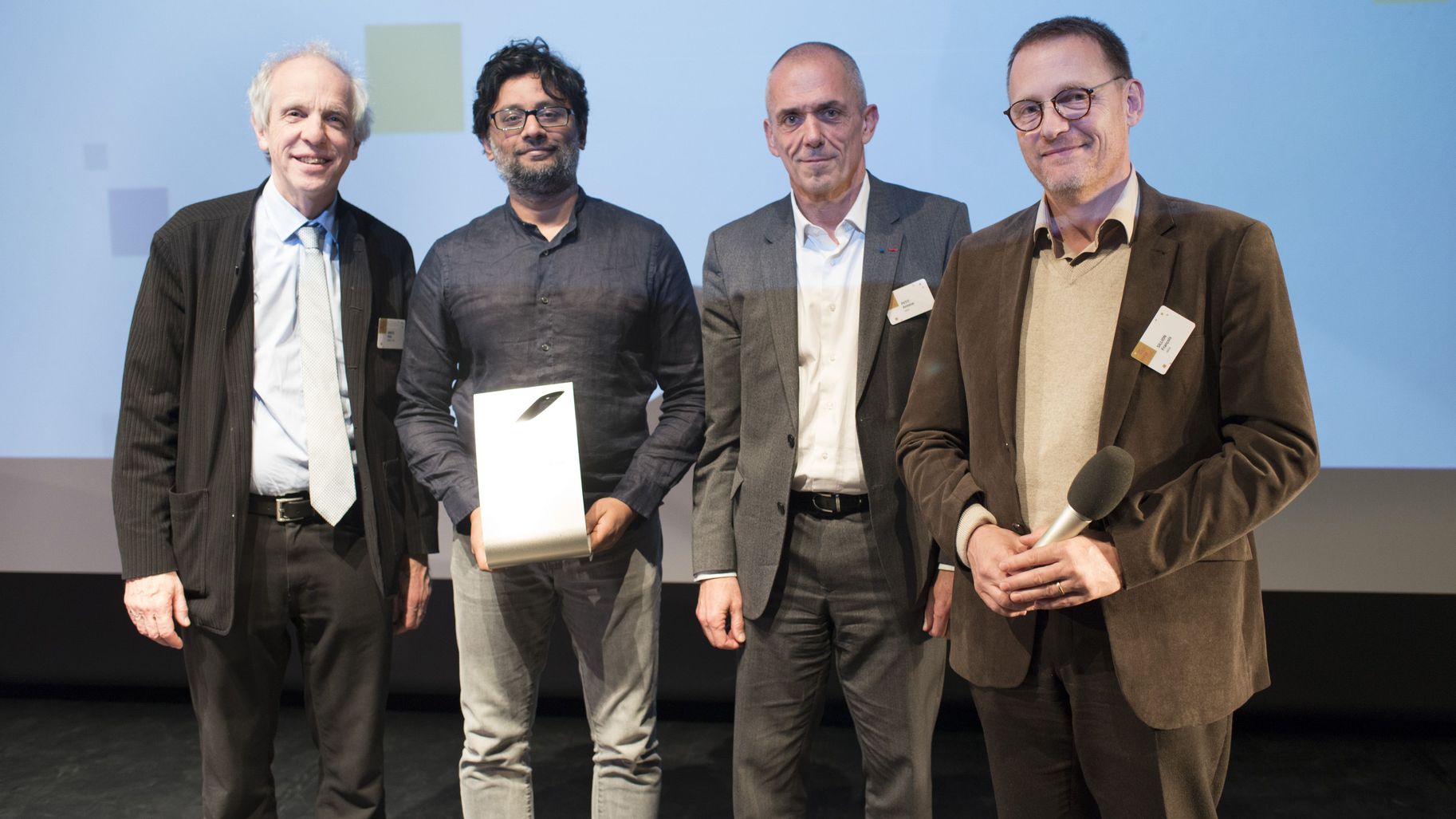