Date:
28 Mar. 2018
Changed on 07/05/2020
The Innovation Day (“Journée de l’Innovation”) is an annual event organised by the National Education Ministry. It aims to promote innovating pedagogical actions conducted in schools, colleges and high schools. This year, 450 projects have been submitted and 30 were selected, five among them in the “Science and technology culture” category. One of this project is carried by Dr. Lauren Thévin from Inria Bordeaux – Sud-Ouest. 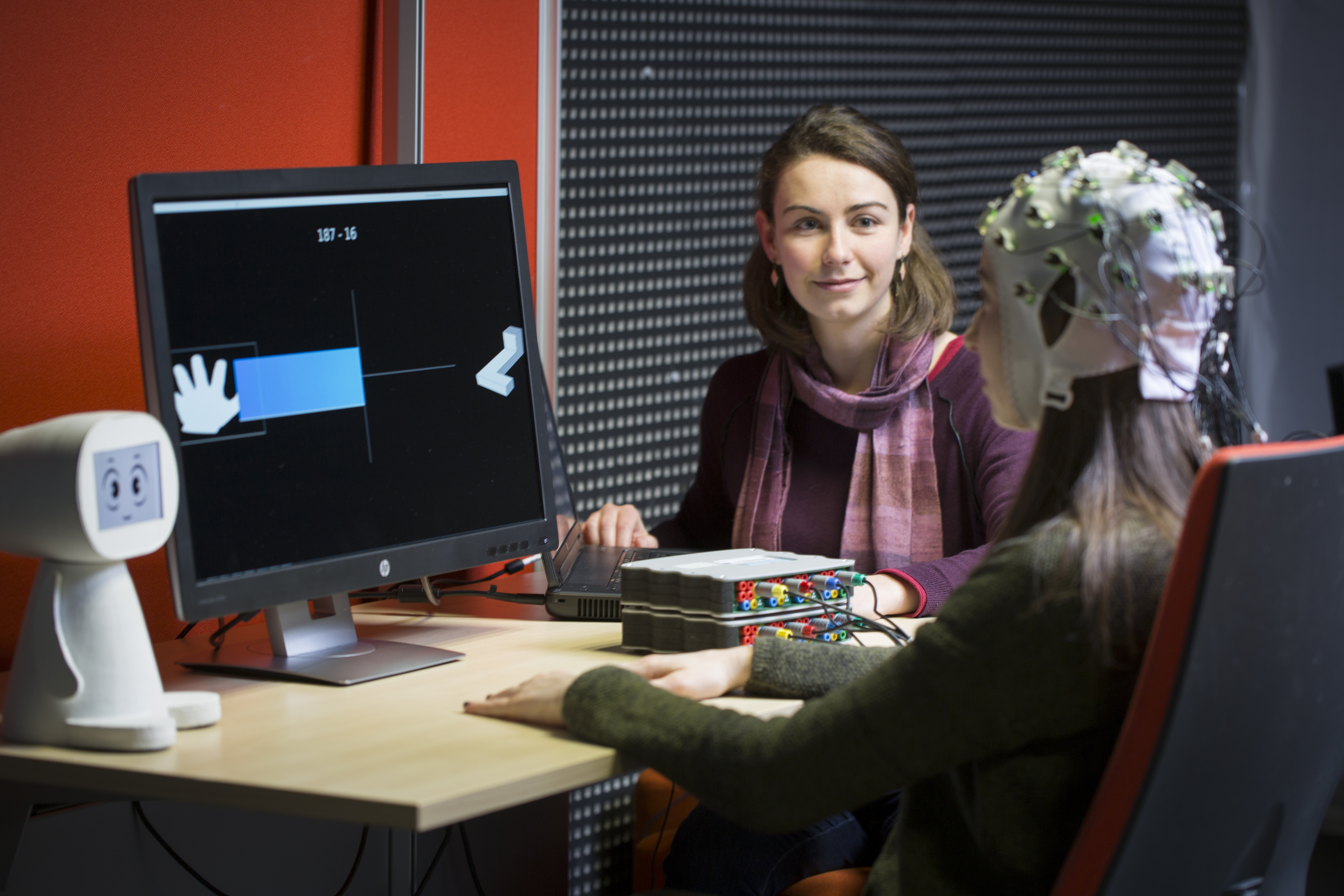 Driving a wheelchair by thoughts, is it science or is it science-fiction? It’s been more than a year that the students of the college of Sacré-Coeur, located in Riom-ès-Montagnes in the rural department of Cantal, are asking themselves this question. Accompanied by Lauren Thévin, researcher in the Inria project-team POTIOC (in common with the University of Bordeaux), since September 2016 the 35 students are following a scientific course in neurosciences that implicates all the teaching staff.

The first year of the course was centred on studying the relations between video games, memory and sleep. It has enabled the children and their parents to comprehend this discipline with a practical angle and to better understand their own capabilities: from all the different types of memories, which one do we use to pass an examination? How can we use what we know about our brain to succeed in our studies?

Since September 2017, the discovery of neurosciences goes on: the organisation of the brain, the different kinds of intelligence… But most of all, it articulates around an ambitious project: to drive a wheelchair “by thought”. The first step of the project has consisted in controlling a small wheeled robot using an EEG helmet (electro encephalogram). The electrodes identify the superficial electric activity of the brain et allows to train a software to recognize electric impulses that match simple commands: forward, backward, right or left…

The next step involves a motorised hand, 3D-printed thanks to the open-source project InMoov [Link 1]. The EEG helmet will permit the control of the hand that will activate the joystick of an electric wheelchair lend by the Geneviève Champsaur centre, specialized in the reception of patients with multiple sclerosis. In this step, the students learn to model objects, conceive a 3D animation and interpolate movements with the free and open source software Blender.

In addition to the projects, the kids are following “unplugged” activities where they learn basic computer science notions, but without any computer. These workshops are based on simple manipulations but allow to apprehend notions such as algorithms, the search for the better solution, optimization…

The Innovation Day allow every year students and teachers to think about the dissemination of innovations in the educational system. This year it will take place on Wednesday, April the 4th in Paris. At the end of the day, eight projects will be rewarded by a grand jury and an Audience Award will be granted through an on-line vote. To support the “Thought-driven Wheelchair”, one just have to create a free account here. [Link 2]

Lauren Thévin is graduated in applied cognitive sciences and a computer sciences PhD from Grenoble Alpes University. She joined Inria as a post-doctorate researcher in December 2017. In addition to her research work, she implicates in numerous actions of popularization science and in particular to foster the access to sciences in rural environments.