Jonàs Martinez Bayona, keeping up to speed with research in Europe

Date :
29 May. 2019
Changed on 03/01/2020
Having moved to France in 2014, Jonàs Martinez Bayona, a young researcher at Inria Nancy - Grand Est, has just been named scientific correspondent for Europe. His role? To find out as much as he can about the various calls for projects launched at European level, to identify potential partners and to liaise with all teams from Inria Nancy - Grand Est. 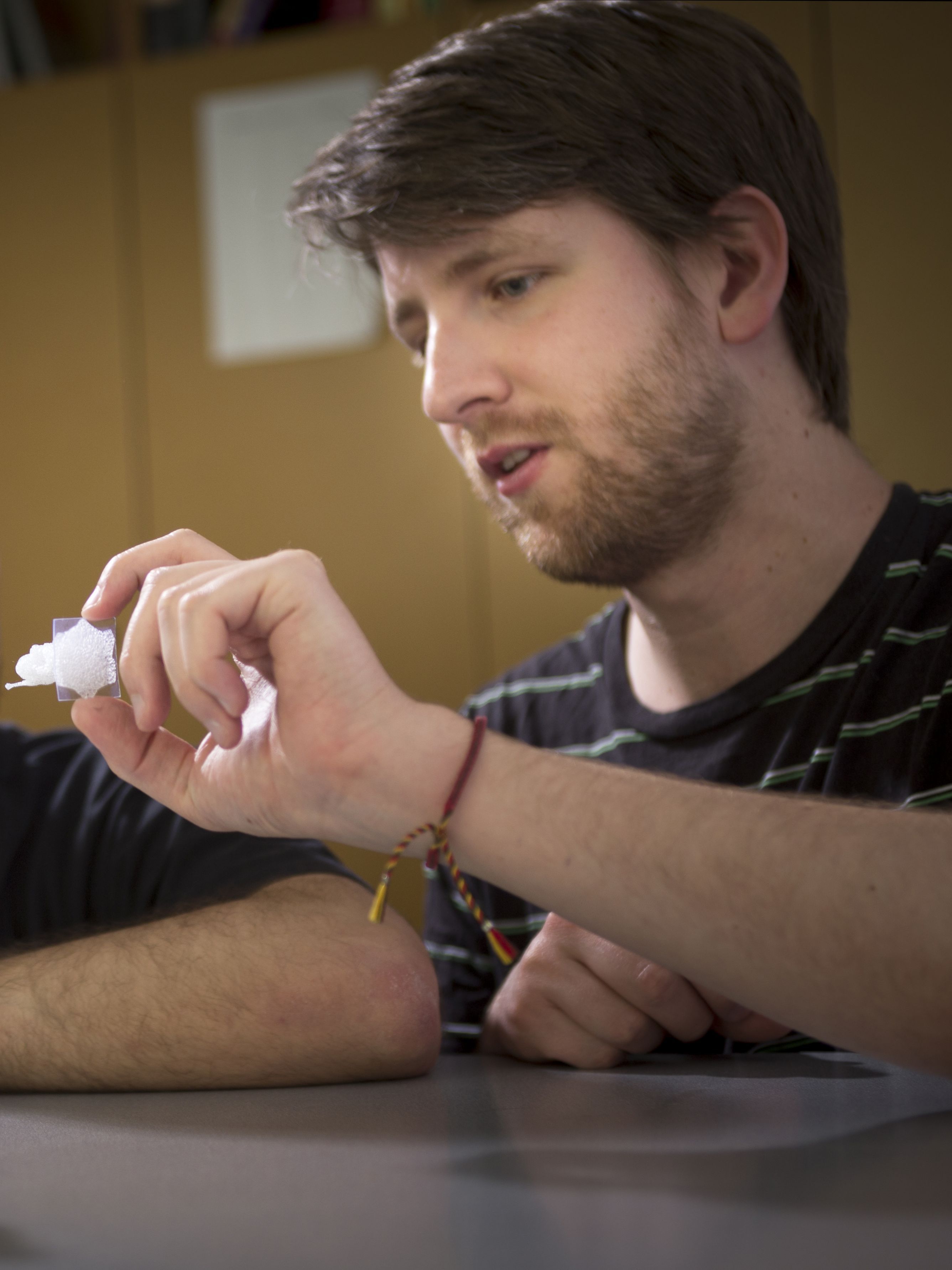 A keen pianist, Jonàs Martinez Bayona, 32, was a standout student at the Reus conservatoire in Catalonia, graduating with a degree in music studies in 2004. Soon after, he turned his attention towards the world of IT, picking up a first degree from Rovira i Virgili University in 2007, followed by a master’s degree and a PhD from the Polytechnic University of Catalonia, in 2009 and 2013, respectively. “It was then that I decided to concentrate full-time on research, taking the opportunity to go and do a postdoc at Inria Nancy - Grand Est as part of Sylvain Lefebvre’s team”, explains the young researcher. “There, I was able to benefit from some excellent advice that really helped me advance with my work and to link up with quite a few big names from my field.”

The aim of the research undertaken by Jonàs Martinez Bayona - who speaks Spanish, Catalan and English, and who has learned to speak French “by doing”, taking advantage of classes on offer at Inria Nancy - Grand Est - is to make it easier to process, synthesise and describe vast quantities of data linked to complex graphic content. The amateur pianist then uses this to write scores enabling 3D printers to interpret and produce three-dimensional models of particularly complex geometric shapes.

In 2014, alongside Sylvain Lefebvre, Jonàs began working on the ERC project ShapeForge (with financial support from the European Research Council), which focuses on infographics and the development of a system for modelling objects in preparation for 3D printing. He designed algorithms used to model everything from small objects to complex shapes, or even to change the properties of models during manufacturing. This work saw Jonàs Martinez Bayona awarded a grant by the National Research Agency (ANR) for the MuFFin project that he is responsible for coordinating.

Following on from this, in 2018 the research fellow joined the project-team MFX (“Matter From Graphics” in English), common to Inria and the Loria. His focus remains on algorithms, in particular those helping engineers and designers to manage the complex geometries of specific objects to be printed in 3D.

Running alongside this, Jonàs has also just agreed to succeed Claudia Ignat in the role of “European Research Space” correspondent, with the daunting task of keeping up to speed with all of the calls for projects launched by the European Commission. “Correspondents also have to have in-depth knowledge of all of the teams from their own centre, which is why I want to really get to know all of the teams working within the region”, he explains. “I will also be attending a monthly work meeting with all of the other correspondents, as well as quite a few European conferences.” It will be his responsibility to use these occasions to identify those calls for projects that Inria Nancy - Grand Est project teams - or potential partners (universities or research institutes) - might be capable of taking on.His international profile and his flair for communication will no doubt stand him in excellent stead in his new role.